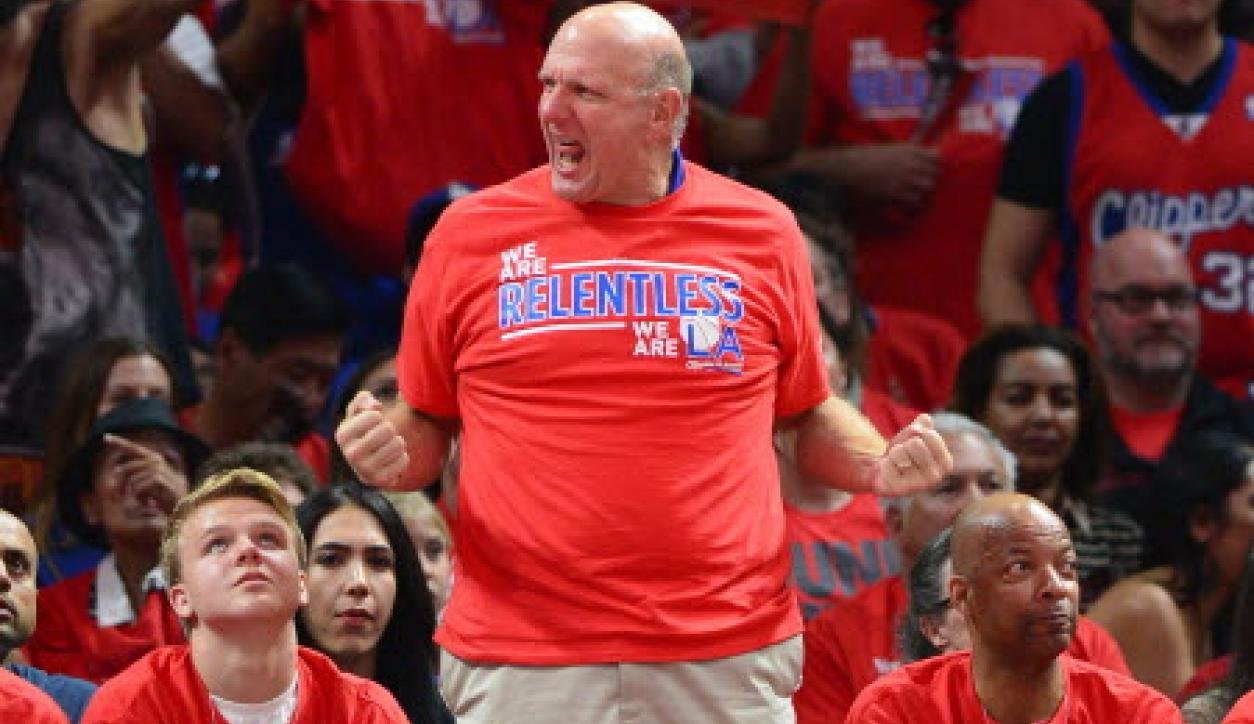 Who is the richest NBA team owner in 2022? Photo/ EL PAIS Uruguay.

The richest NBA team owner in 2022 is among the richest men on earth.

The National Basketball Association (NBA) is a professional basketball league in the Northern part of America. The NBA is one of the most popular sports worldwide.

The league has some of the wealthiest athletes in the world, thanks to the teams paying huge salaries to their players.

Well, the richest NBA team owner in 2022 is Steve Ballmer. The 66-year-old owns the Los Angeles Clippers, who compete in the NBA as a member of the Pacific Division in the league’s Western Conference. After the Donald Sterling scandal, Steve Ballmer made the highest bid to purchase the Los Angeles Clippers in 2014.

Steve made a bid of $2 billion, which is the second highest bid for a sports franchise in North American sports history.

The American international became the owner of the Los Angeles Clippers after a California court confirmed the authority of Shelly Sterling to sell the team.

Since his takeover, Steve Ballmer has ushered in an era of title contention and enthusiasm. The former Microsoft CEO finds time to attend NBA matches and watch his team play.

Steve agreed to purchase The Forum in Inglewood, California, so as to build the Intuit Dome in the nearby area. Intuit Dome will be the future home of the Los Angeles Lakers.

According to reports, the construction of Intuit Dome should be complete by 2024.

Through a survey conducted in 2020, The Athletic ranked Steve Ballmer as the best basketball team owner.

What Is Steve Ballmer’s Net Worth?

According to Forbes, the American business magnate has over $100 billion net worth. Bloomberg Billionaires Index estimated Steve Ballmer’s net worth to be $117 billion as of November 2021. He ranked the eighth richest person in the world last year.

Steve Ballmer was the second person to become a billionaire in U.S. dollars based on stock options received as an employee of a corporation. The first billionaire was Roberto Goizueta.

Steve Ballmer has shown interest in sports for some time. He was part of a local ownership group committed to investing $150 million in cash toward a proposed $300 million renovation of KeyArena.

The group was ready to purchase the Seattle SuperSonics so as to keep the team in Seattle. However, their initiative failed, and the team relocated to Oklahoma City, where they now use the name Oklahoma City Thunder.

Steve Ballmer was part of a group of investors that wanted to purchase the Sacramento Kings and relocate them to Seattle for around $650 million. However, they did not succeed.

Steve Ballmer is best known for his time as the chief executive officer for Microsoft from 2000 to 2014. He joined Microsoft in 1980 after leaving the Stanford Graduate School of Business.

During his time at Microsoft, Steve led several divisions such as sales and support, operating systems development and operations.

Steve became Microsoft’s CEO on January 13, 2000, handling the company’s daily operations and finances. His tenure as the company’s CEO received mixed reactions from the public.

During Steve’s time as Microsoft’s boss, the company made double profits and triple sales. However, it missed out on 21st-century technology trends, thereby losing its dominance in the market.

Steve Ballmer stepped down as Microsoft’s CEO on February 4, 2014, and was replaced by Satya Nadella.

Who is Vanessa Bryant dating 2022?
Inside $1billion Stephen Curry Under Armour deal