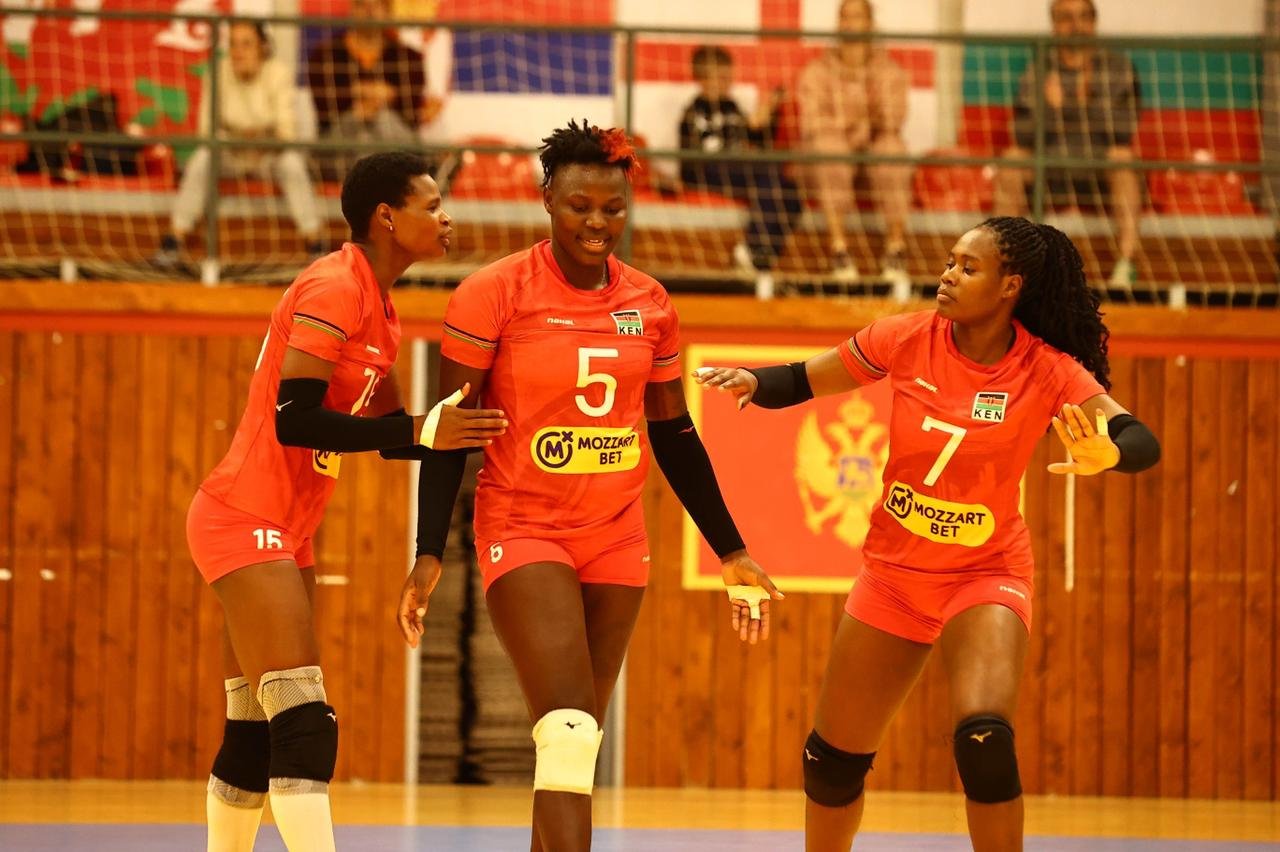 Malkia Strikers during their friendly match in Serbia

The Kenyan girls were impressive as they showed tremendous improvement, winning the game in scores of 25-18,25-20,25-11 to pick a morale boosting victory. The team will now spend the next two days firming up small details of their play before they depart Tuesday for the World Championships in the Netherlands.

Coach Luizomar de Moura was happy with the response shown by the girls and believes they are now mentally and tactically ready for the World Championships.

Against Serbia B, The Kenyan side started the match on a high, taking the lead at 8-3 forcing the Serbian coach to have a talk with his charges in an attempt to have them settled into the match. 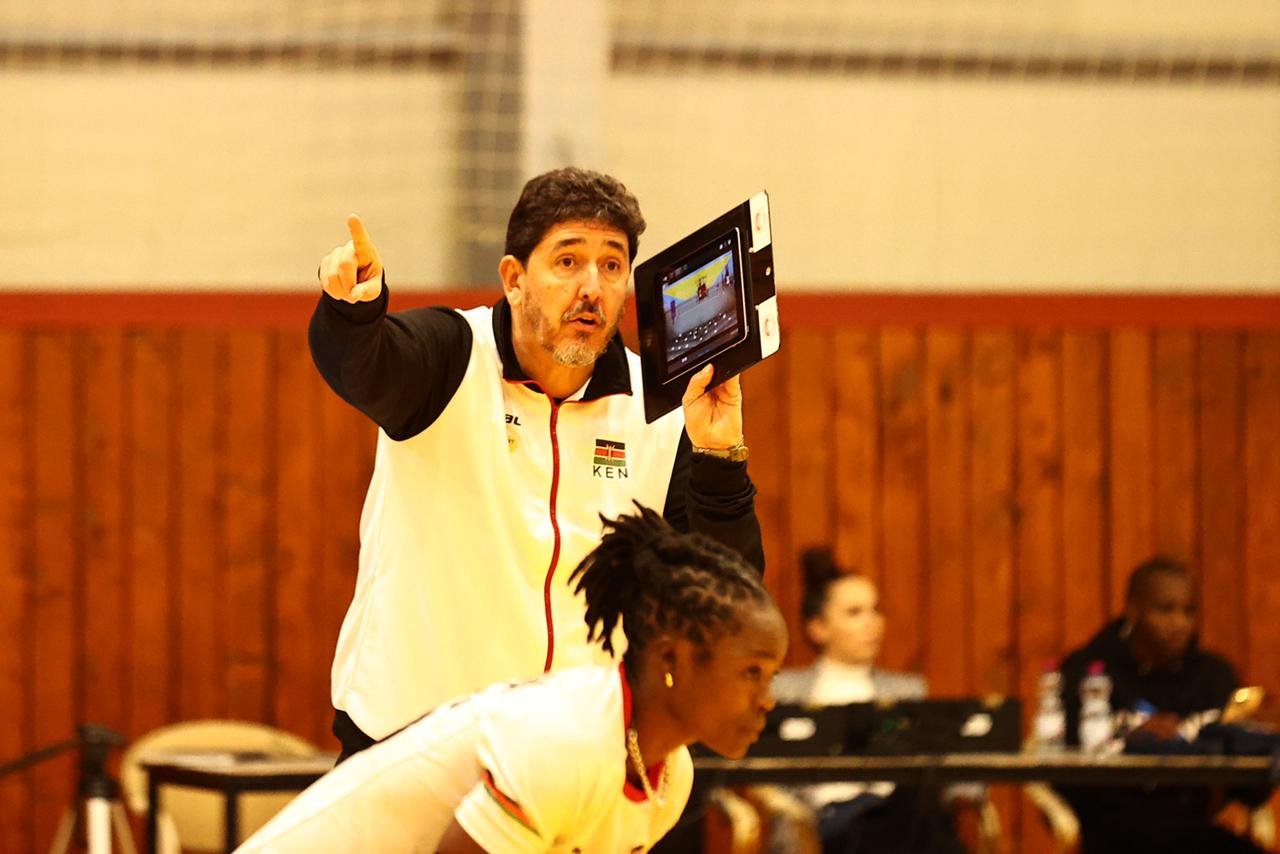 A great fighting spirit from Malkia Strikers gave a different impression of the team that cracked at crucial moments against Red Star as they stretched their advantage to seven points at 14-7 and then 16-10.

Veronica Adhiambo came in for Chebet with the scores at 18-12 and the Serbian side showing real signs of a comeback at 18-14, forcing Moura to call for timeout.

The Serbian youngsters tried to mount a comeback but the difference was way out of reach as they lost the set 25-18.

Maintaining the same starting six, Kenya went 4-0 up in the second set before the hosts could take their timeout but even then, Kenya continues their perfect showing to lead 8-3 and 10-4, despite a few service blunders.

The Serbians cut the deficit to 10-7 and the Brazilian tactician felt the need to rest Chumba and Nekesa for Violet Makuto and Veronica Kilabat who pushed the score to 13-8 before the other duo could return. 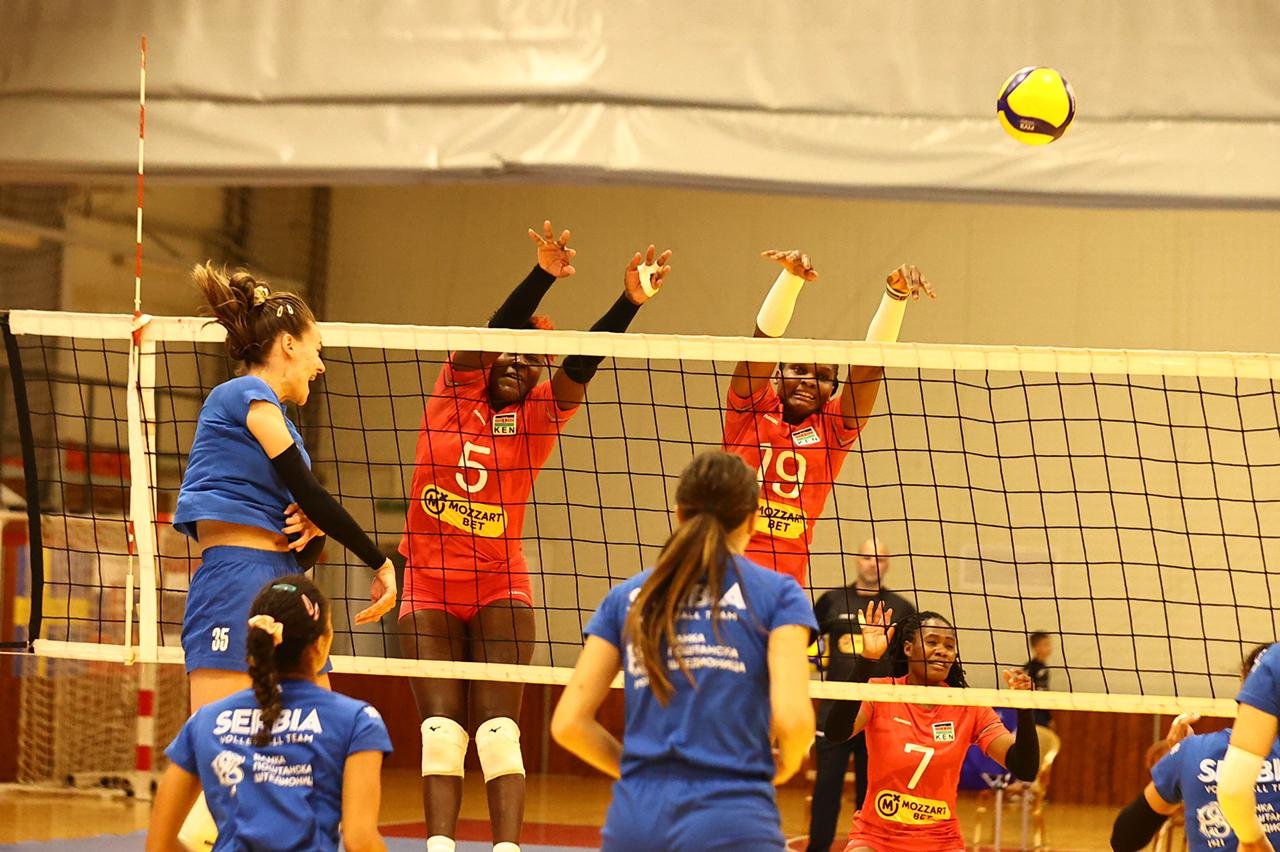 Malkia Strikers in acton against Serbia

Kenya led 16-14 at the second technical timeout by the Serbians threatened a comeback when they came to within two points at 19-17, prompting for a Kenyan timeout.

Serbia levelled at 20-20, but Malkia managed to get their confidence back, scoring five unanswered points to take the second set.

Serbia were improved in the third set and were in the lead early on, but the Kenyan girls quickly regrouped to take their leadership back. But it remained a see-saw affair

Up until the second technical timeout when Kenya had a seven point lead at 16-9. The lead stretched to 10 at 20-10 and 21-11 with poor reception burying the Serbians further in trouble as they were pushed back into a 25-11 defeat.

Kenya travel to Netherlands for the World Championships on Tuesday and begin their Pool A campaign against the hosts on Friday. The team arrived in Serbia last Thursday from Brazil where they had staged a two-month training camp, sponsored by world governing body FIVB.

The team’s target remains to get to the second round of the World Championships for the first time ever.