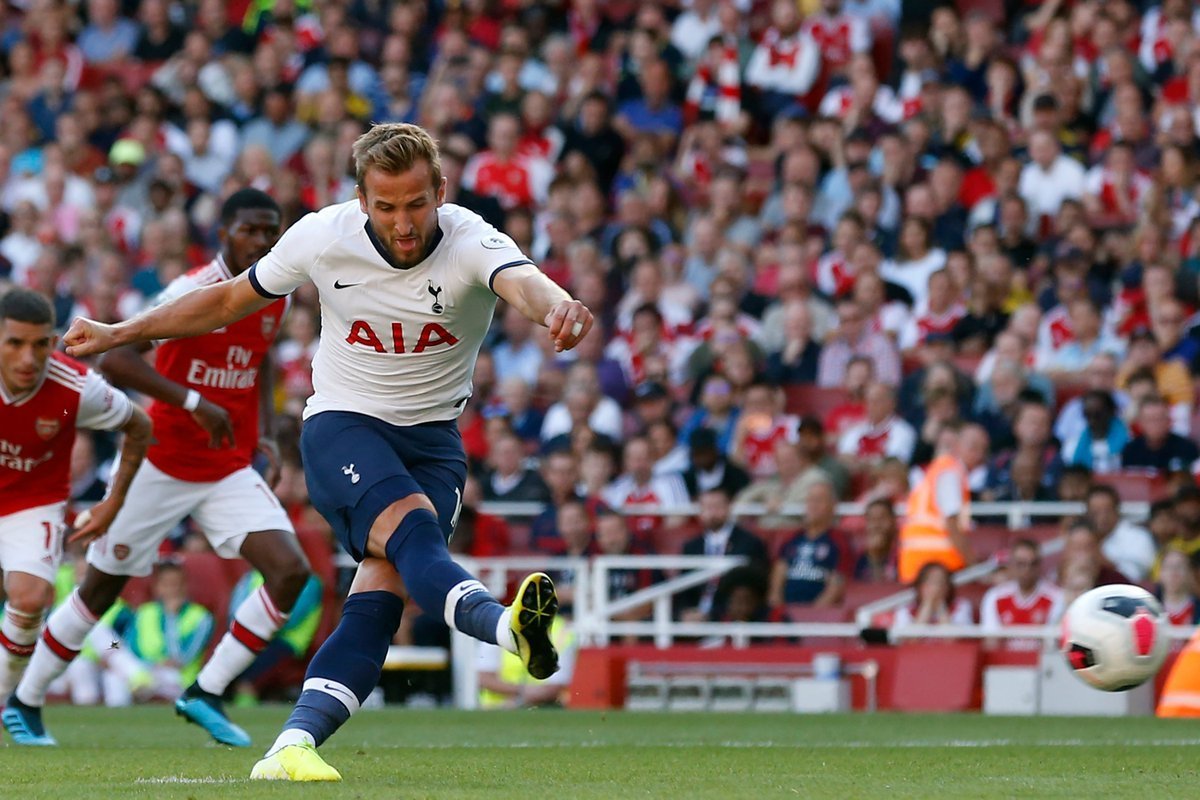 The English Premier League has some of the best players in the world. Defenders often have a difficult time dealing with top-rated attackers like Mohamed Salah, Cristiano Ronaldo and Harry Kane.

While defending, players are prone to making errors in the box, which leads to penalties due to the high intensity of the league. However, scoring a penalty is not as easy as many people think. Top goalkeepers in the English Premier League are good at saving penalties.

Some penalty takers feel the pressure, especially when the penalty determines the match’s outcome. We have seen several players miss more than one penalty in a single game.

However, other players are so good at taking penalties. Some use power while others use skill to send the goalkeeper the wrong way.

Bruno Fernandes is one of the most complete attacking midfielders in the world. The Manchester United star is among the best penalty takers in the English Premier League. 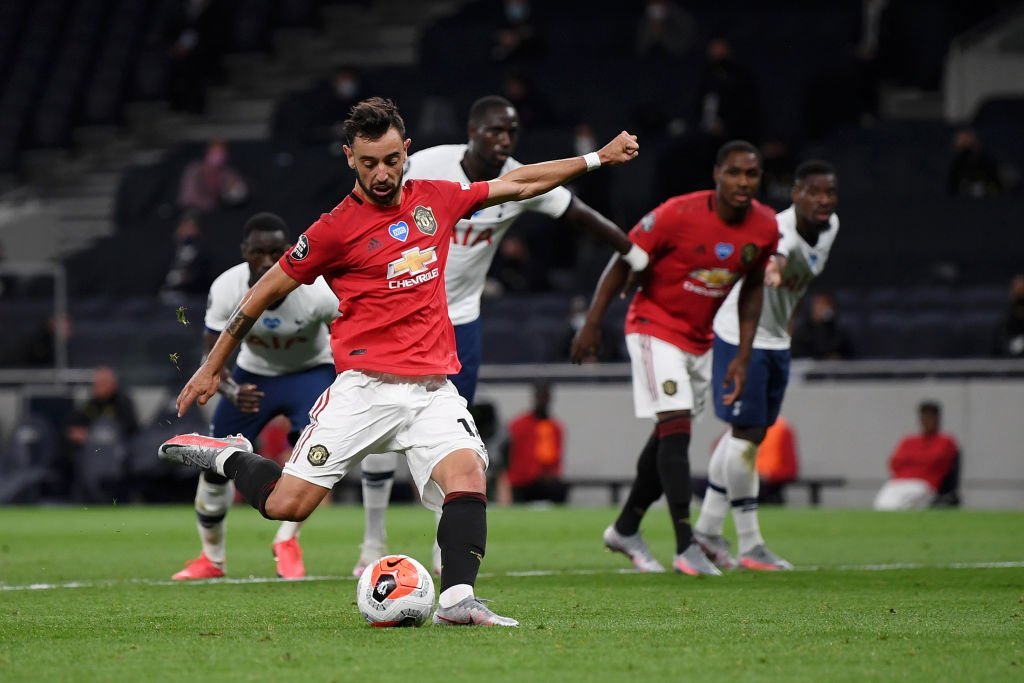 Bruno Fernandes scores his sides first goal from the penalty spot during the Premier League match between Tottenham Hotspur and Manchester United on June 19, 2020 in London, England. Photo/ United in Focus.

Bruno has a penalty conversion rate of 91.30 per cent since joining Manchester United. The Red Devils playmaker has taken 16 penalties since moving to the Premier League in January 2020. Out of the 16 penalties, he has scored 13 and missed just three.

Bruno showed the world he was an expert at taking penalties during the 2020-21 season. He scored nine penalties in his debut season at Manchester United.

However, Bruno has recently been out of form. He has not been able to impress on the pitch like he used to. The Portuguese international lost his role as Manchester United’s leading penalty taker after missing his last two penalties.

Cristiano Ronaldo does not require any kind of introduction to a football fan. The Portuguese international is one of the greatest footballers the world has ever seen,

Ronaldo has scored 815 career goals for the different clubs he has played for. Out of the 815, Ronaldo scored 144 from penalties.

Harry Kane is one of the most prolific strikers in the world. The Tottenham Hotspurs forward is also one of the best players at taking penalties. His penalties are very powerful and precise.

Kane has been doing so well as Tottenham Hotspurs’ penalty taker. The England international has taken 31 league penalties, scoring 28 and missing just three.

Harry Kane last missed a penalty in the league during the 2017-18 season when Loris Karius saved it. Last season, Kane scored all the four penalties he took for Tottenham Hotspurs.

Mohamed Salah is among the top penalty takers in the English Premier League. The Liverpool forward has his style of taking penalties. He picks his spot, tilts to the right then makes a short run before kicking the ball.

Mo Salah’s left foot is so powerful and a nightmare to many goalkeepers tasked with the duty of saving his penalties. Since joining Liverpool, Mo Salah has taken 20 league penalties, scoring 18 while missing just two. Salah scored five penalties last season and missed one.

Jorginho is a masterclass when it comes to taking penalties. The deep-lying midfielder is the penalty taker for Chelsea and the Italian national team.

Jorginho’s style of taking penalties is quite unusual. However, he has successfully converted the majority of his penalties using that style. The technique enables him to gauge the direction the goalkeeper will jump, so he knows where to kick the ball. Jorginho makes a small hop, skip and jump before kicking the ball. 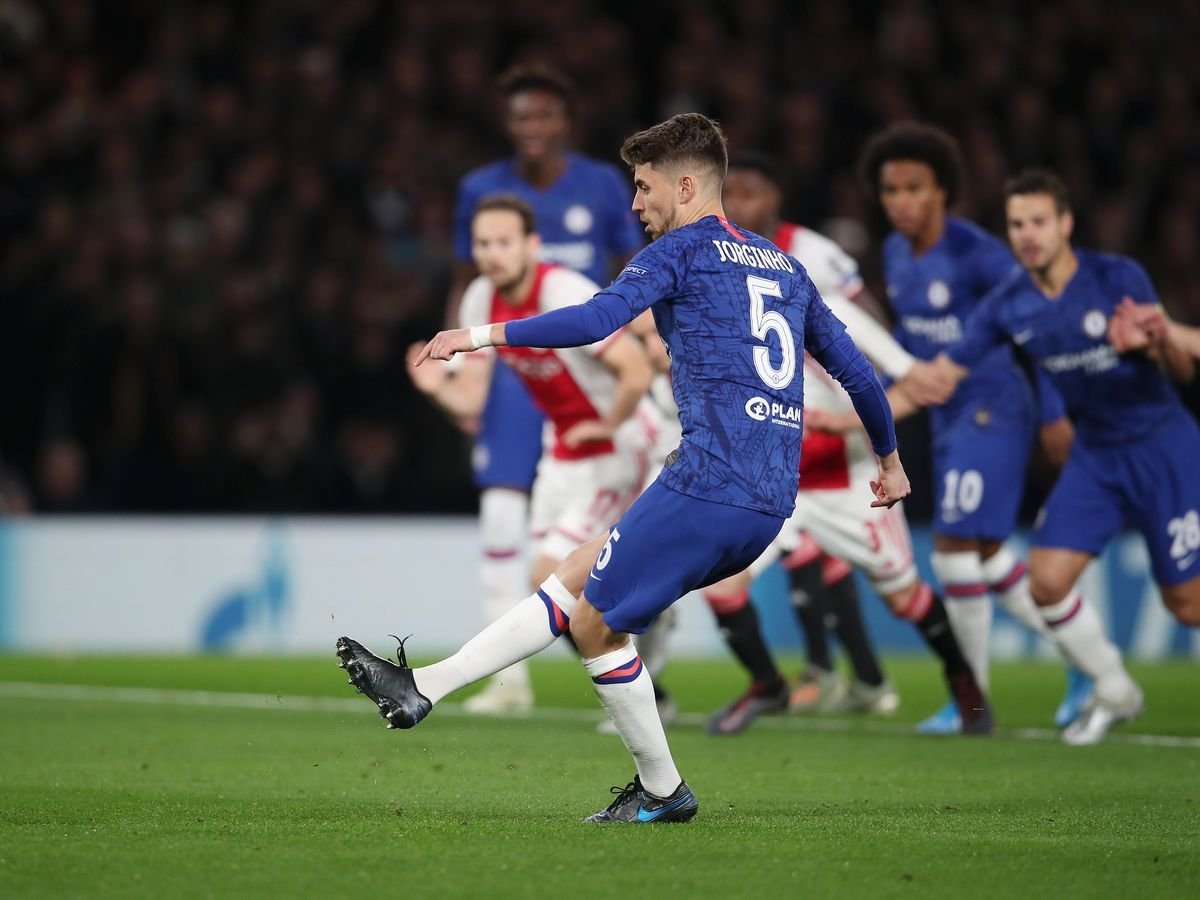 Since joining Chelsea in the summer of 2018, Jorginho has scored 20 goals for the Blues. 18 of the 20 goals have been from spot kicks. The star midfielder has only missed three league penalties since his debut for Chelsea.

Jorginho has scored all seven penalties he has recently taken. His last miss was against West Ham during the 2021-22 season. Jorginho was the first player to score for Chelsea this season, and it was a penalty against Everton.