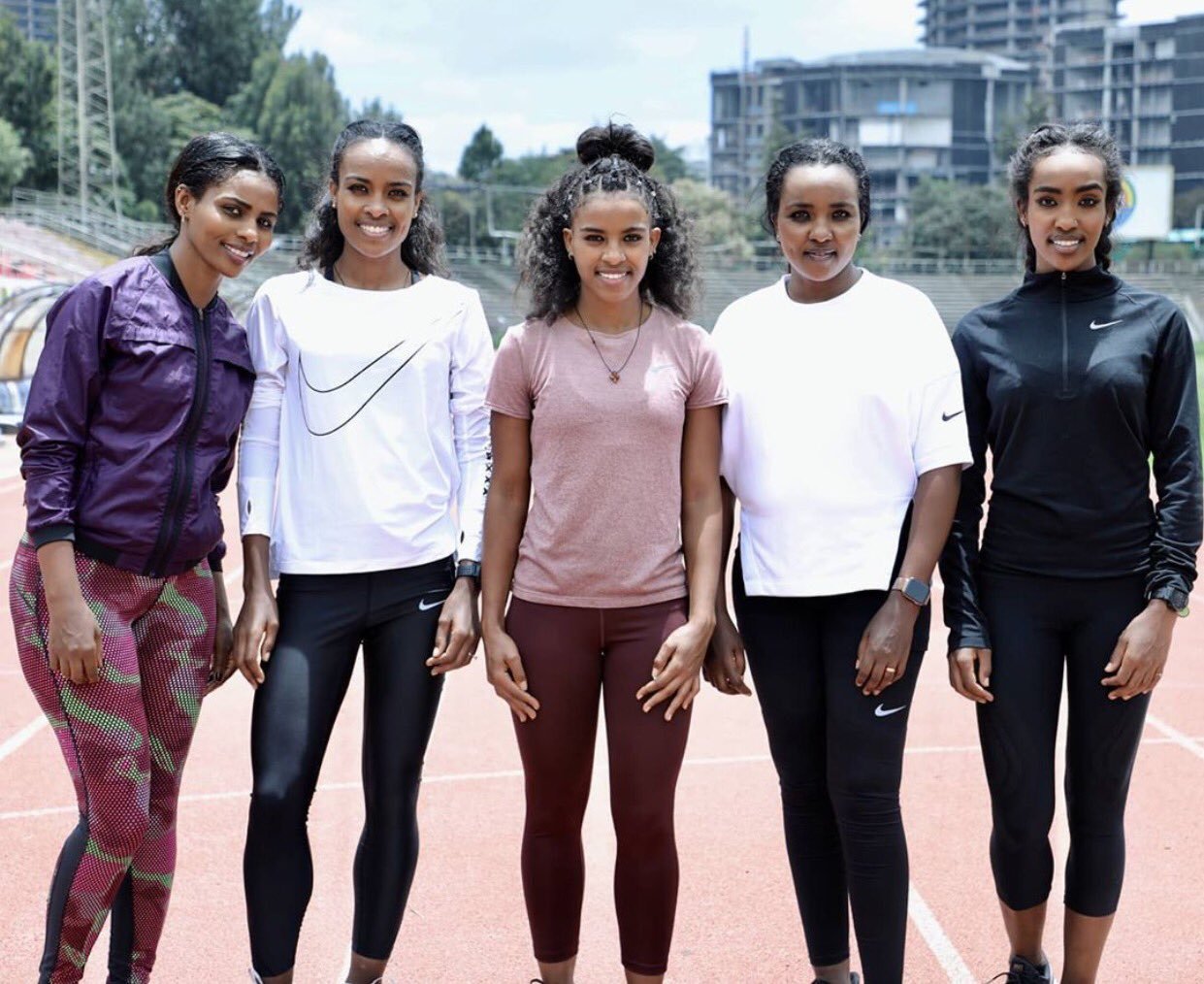 Ethiopia and shining in athletics on a world stage is no new tale. It is a rule rather than an exception and this is why the Dibaba sisters are so phenomenal. You’ll barely mention elite Ethiopian long-distance athletes without naming the sisters; Anna, Melat Genzebe, Tirunesh, Ejegayehu together with their cousin Derartu Tulu.

In short, the Dibaba family are legends from Addis Ababa where they were born and raised. They have never forgotten how far they came in life and, to honour their hard work, they invested massively in Ethiopia’s capital. 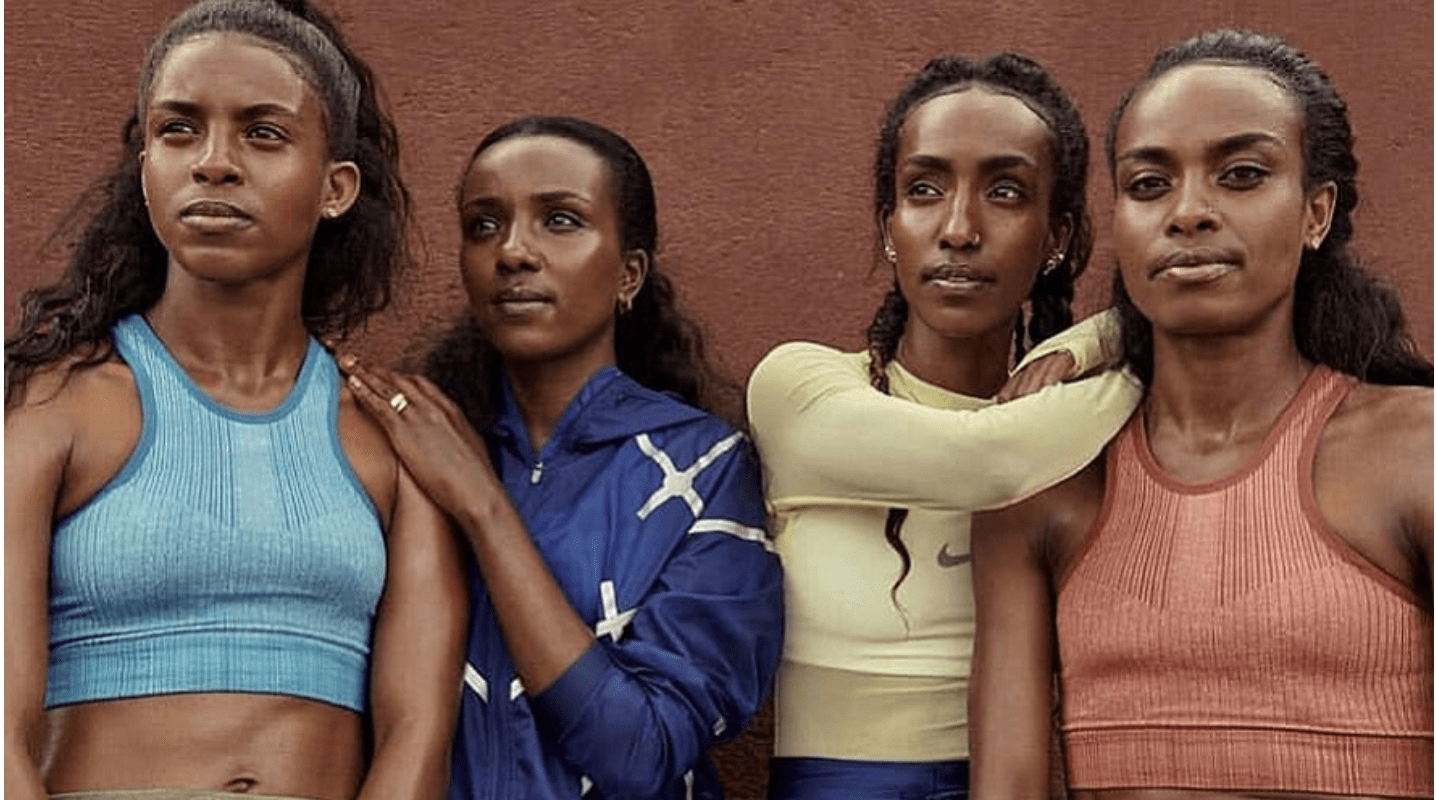 How the Dibaba sisters from Ethiopia became a world’s fastest family. Photo/Ghbase

Who Are The Dibaba Sisters?

They are seven sisters and all of them are athletes. They grew up in a humble mud hut on the outskirts of Addis Ababa. For them, they knew not what electricity was until later in life. This didn’t stop them from being great athletes.

Their parents were farmers growing wheat, teff, barley and rearing dairy cows. And life in the countryside shaped the Dibaba sisters into an athletic powerhouse. It was by default that they all ended up in the tracks and rose to global fame as the world’s fastest family.

Pundits argue they carry a special DNA among them which explains why they all ventured into running successfully.

Before you go to the Dibaba sisters – know their Olympic history started in the ‘90s courtesy of their cousin Tulu. She entered the annals of athletics history by becoming the first African female athlete to bag a gold medal in the Olympics.

Then there is Tirunesh Dibaba, the most successful of the sisters. She won her first gold medal in the 2000 Beijing Olympics both in 5000m and 10000m races. She successfully defended her title in the 10,000m race at the 2012 London Olympics.

Tirunesh made history by becoming the first black woman to successfully defend her Olympic victory consecutively. The Dibaba sisters are an important piece in world athletics by virtue of holding concurrent world records.

At the age of 15, Tirunesh decided to dip her feet in athletics though she loved books. She opted to follow her elder sister Ejegayehu’s footsteps and joined the Corrections sports club.

She joined Ethiopia’s junior squad in 2001 and participated in the world cross-country championships. She came fifth. She with competitive running on a junior-level and bagged silver medals in cross-country and on the track in 2002.

This win made her the youngest-ever world champion in the 5000m race.

What Makes The Dibaba Sisters so Successful?

NBC Track analyst in 2016 told Vogue that terming the Dibaba’s the world’s fastest family wouldn’t be an exaggeration. They are Ethiopia’s pride.

However, their diet and upbringing have so much to do with their track success. Their mother says raising them on the farm contributed greatly to their physiological tuning.

Being dairy farmers, their calcium levels were always on check. Milk was readily available, so was teff that is rich in iron. For a runner, high iron levels in the body translate to more oxygen which is key for an athlete.

Moreover, they grew up in a high altitude region making it easy for them to train. Coupled with their light physique due to observing a strict diet, they train hard enough to stay on top of the game.

Sports pundits lightly say that when likening the Dibaba sisters, they fit the glory of Ford Focus running on a Ferrari engine. In general, they speak of the greatness of this family. 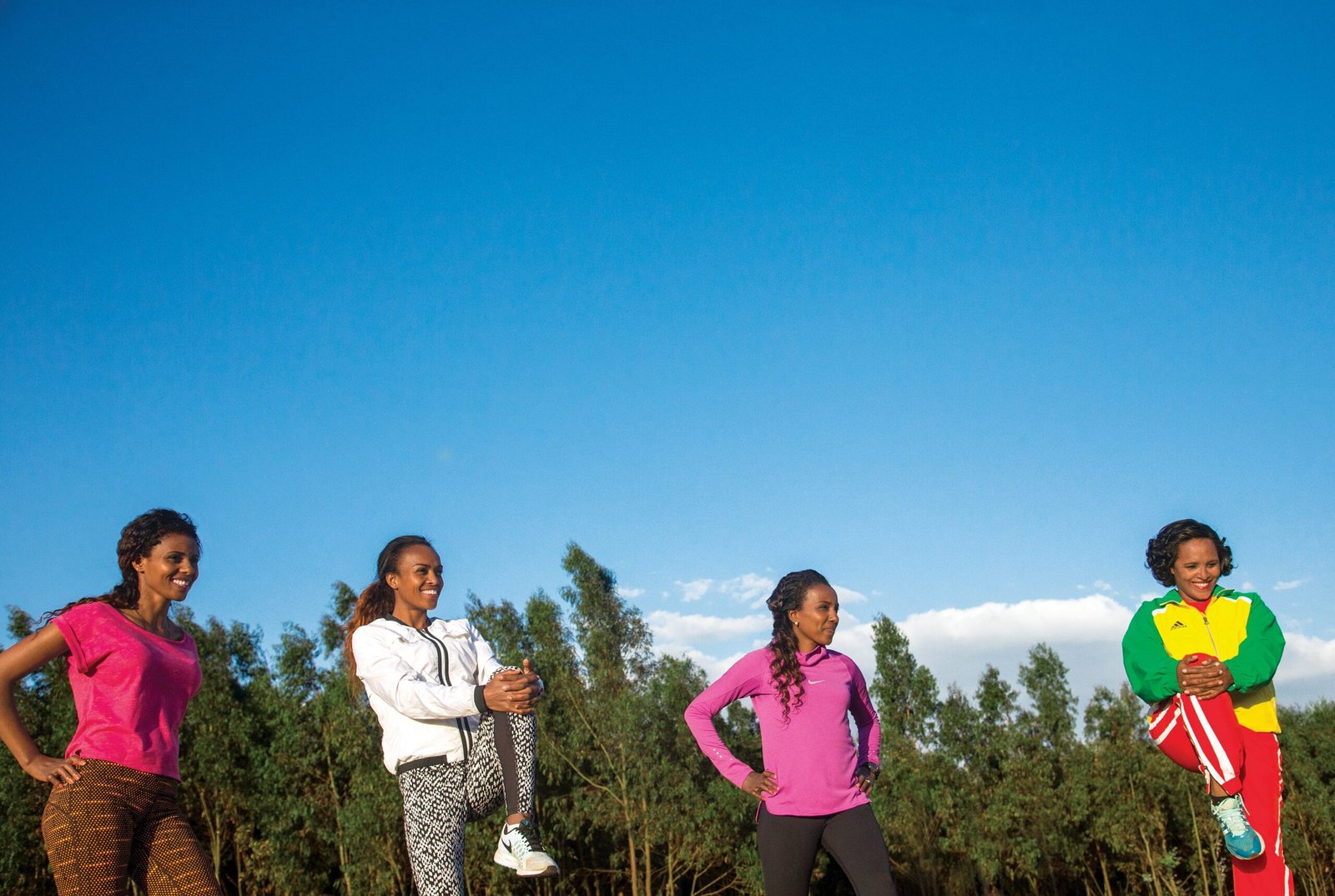 How is Life For The Dibabas?

Life is great generally for this Ethiopian family. With Olympic medals to show their resilience and toil, they live a great life. But not one where they constantly have to keep their privacy in check when in the streets of Addis Ababa.

They are a household name here. Wherever they walk to, there grinning faces of Ethiopians staring in awe at them.

Besides their celebrity status, the Dibaba sisters are serious investors and entrepreneurs. Most of their investment is in real estate with towering buildings in Addis Ababa to their name.

They follow the steps of another Ethiopian legend Haile Gebrselassie who runs a multi-million-dollar empire.