Kenya’s hope of a first medal on the opening day of the World Athletics Under-20 Championships fell flat off the chase as Ethiopians completely dominated and tore the race apart.

The Ethiopian duo of Tadese Worku and Ali Abdilmana completely annihilated the field, taking the top two podium spots in the day’s final medal event on the opening day of the five-day Championships on Wednesday.

“It was very tough today and I couldn’t keep up with the pace. It was just too tough and I didn’t do my best,” a disappointed Kibet said after the race.

Meanwhile Worku was delighted with his assured performance. “I have done it for my country and I am proud. This race was really competitive but we sad that we have to ensure it goes back home to Ethiopia,” said Worku.

This was the first time that the men’s 3,000m was being drafted into the World U20 program.

Worku dominated the race from gun to tape. He took into the lead immediately with Abdilmana running behind him. The Kenyans had been tucked in the middle of the pack for the first four laps but with three to go, they began waning off.

Kibet who had been trailing the leading pack of the two Ethiopoans began falling off and so did Kinyanjui. Samuel and fellow Eritrean Merhawi Mehbratu were running on the necks of the Kenyans and when the two faded off, they took up the mantle to chase for bronze.

Worku and Abdilmana had already opened a 20m gap by the time the bell was sounding with Worku having the stronger kick to go on and win the race. 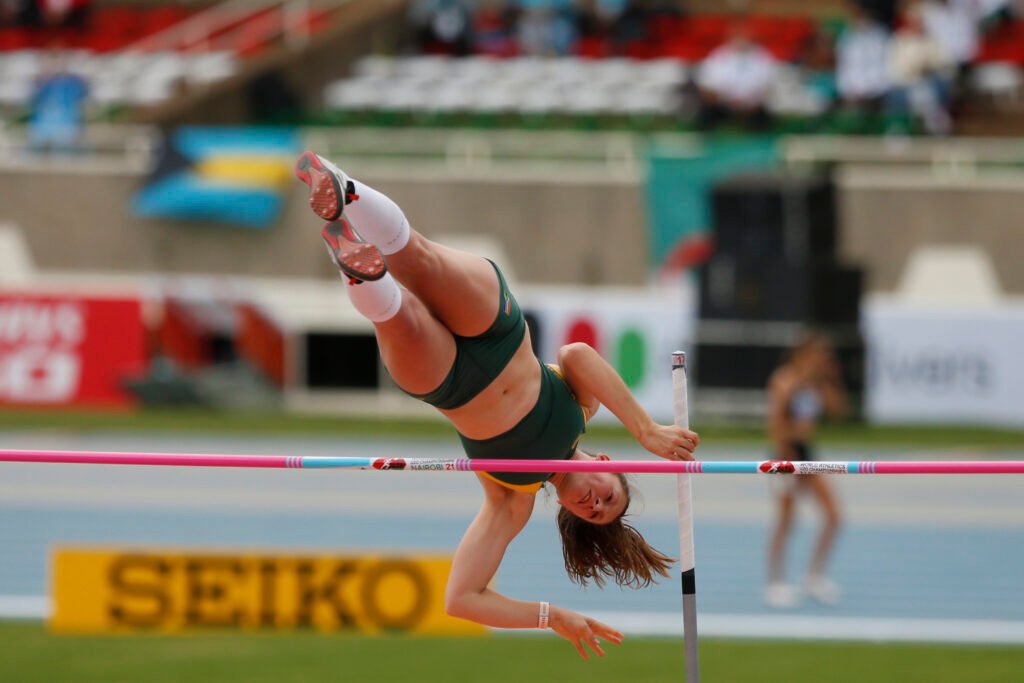 Meanwhile in other medal events, South African Mire Reinstorfn won the women’s pole vault gold after clearing the highest distance at 4.15m on her first attempt. This also counted as a World Under-20 record.

She finished ahead of France’s Elisse Russis who also cleared 4.15m but only on her second attempt while Canadian Heather Abadie was third in bronze medal position with a high of 4.05m. 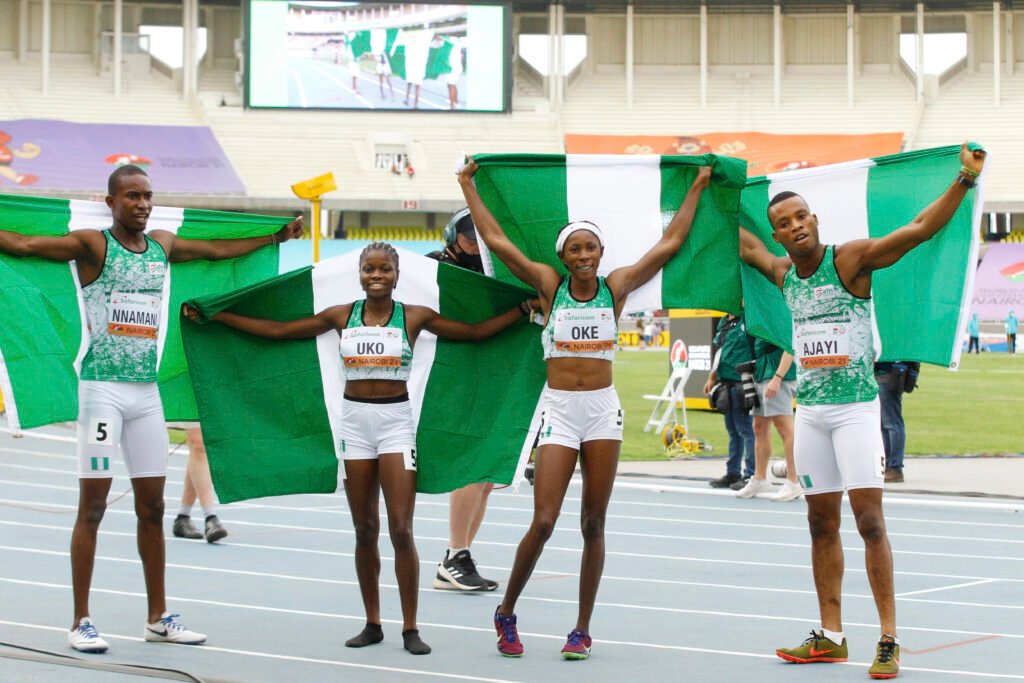 NIgeria won the inaugural gold in the 4 x 400 mixed relay. PHOTO/World U20 LOC

The team of Johnson Nnamani, Imaobong Nse Uko, Opeyemi Oke and Bamidele Ajayi clocked 3:19.70 to clinch gold ahead of Poland and surprise medalists India, in the first ever mixed relay event at the Under-20 Championship.

Meanwhile, Kenya will have two more opportunities for medals on the second day of the competition with the finals of the men’s 5,000m and women’s 3,000m.

The medal charge in the men’s 5,000m will be led by Levy Kibet and Benson Kiplagat. Ethiopian Addisu Yehune is the fastest in the field with a time of 12:58.99 and will be the man to watch in the race.

Eritrean Samuel Habtom who won bronze in the men’s 3,000m on Wednesday will look to add another medal in his collection and will once again team up with Merhawi Mehbratu who was fourth in the same race.

Meanwhile in the women’s 3,000m final, Japan based Teresia Muthoni and Zena Jemutai are the clear favourites, being the only two athletes to dip beyond the nine-minute barrier.

Uganda’s Priscah Chesang will be the woman to watch in the opposition.