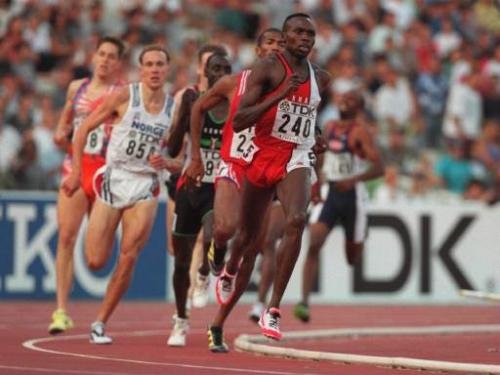 A bylaw to Rule 41 of the Olympic Charter states that athletes with dual citizenship can represent the country they choose, and athletes who gain new citizenship or wish to change their Olympic status can do so if three years have passed since they competed for their previous country.

Different countries across the world have gone to extent of tapping the new talents from other countries Kenya included poaching day and night to outdo the country in the Athletics world.

The following are some of the Kenyan Athletes who changed their nationalities.

Chelimo is a Kenyan-born Bahraini long-distance runner who competes in road running events up to the marathon distance. She is the 2017 IAAF world champion. She represented Bahrain at the 2016 Summer Olympics, placing eighth in the women’s marathon.

She won the 2017 world championship in London, Uk, and the 2018 Asian games that were held in Jakarta, Indonesia.

Jebet is a Kenyan-born who currently represents Bahrain after switching her nationality.

She’s specialized in long-distance and Steeplechase competing internationally for Bahrain.

Jebet changed her nationality in 2013 when she was sixteen years old.

In her debut she excelled the outing for Bahrain, coming second in the 3000 meters steeplechase to Moroccan Olympian Salima El Ouali Alami at the 2013 Arab Athletics Championships.

He is a Kenyan-American middle and long-distance runner.

Lagat first represented Kenya at the 2000 Summer Olympics in Sydney, Australia. In the 1500 m final. 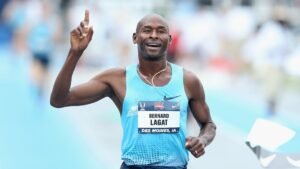 Until 2005 is when he announced that he had become a naturalized citizen of the United States on May 7, 2004.

Lagat lives in Tucson, Arizona and Tübingen, Germany with his wife Gladys Tom (a Canadian of Chinese descent), whom he met while they both attended Washington State University, and their son Miika Kimutai (born in 2006) and daughter Gianna (born 2008)

She gained Dutch citizenship in 2003 and has competed for the Netherlands since. She runs not only road events but also cross country and track and field.

She is the founder of the famous high-altitude training center in Iten Kenya. The center is 2400 meters high above sea level. Elite athletes and recreational runners from all over the world visit HATC every year for training. She is also the founder of her own African-inspired sports brand called after her name ‘Lornah’. 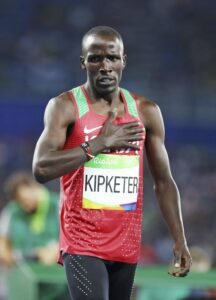 Kipketer traveled to Denmark as a foreign exchange student, studying electronic engineering. He liked Denmark so much that he applied for Danish citizenship. Kipketer came to international attention in 1994 when he won 16 of 18 800 meter races, ran the second-fastest 800 meters of the year (1:43.29), and was ranked number one in the world by Track and Field News magazine. The next year, he won 10 of 12 races, ran under 1:43 twice (becoming only the second man to break 1:43 twice in one season, after Joaquim Cruz who did it in 1984 & 1985) with his 1:42.87 being the world leader, and he competed for Denmark in the 1995 World Championships. It was there that he claimed his first World Championship title in the 800 meters, pulling away from his competitors in dominating fashion down the homestretch.

He also married from Denmark.

Cherono moved from Kenya to Qatar in 2003, along with fellow Kenyan Albert Chepkurui. Changing his name from Stephen Cherono to Saif Saeed Shaheen, he was reported to have received up to US$1 million to become a Qatari citizen, although he denied this. Some reports stated that he had been given US$1,000 every month for the rest of his life for his change of nationality. After about 40 athletes had left the country, President Mwai Kibaki made a speech before the 2005 World Championships in which he said “Let us resist the temptation to change our citizenship for financial gains.” 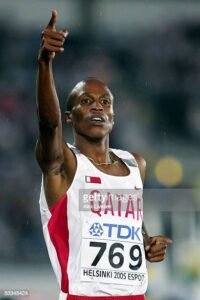 He did not compete at the top level after 2010 and Shaheen announced his formal retirement from international competition in February 2016, citing a long-term Achilles tendon injury. Shaheen returned to live in Eldoret, Kenya to run a family business

However, if an athlete changes citizenship through marriage, the transfer to the new country is automatic with immediate effect, naturally with the approval of the new country’s federation. This is what happened to Christy Opara-Thompson. If however, the new citizenship is not granted with the marriage, in other words, if the athlete is only in process of acquiring citizenship, competing at such events, for the new country, is not possible for three years after the date the athlete last represented the old country at such a competition. Note that with the approval of the “old” and “new” federations plus the IAAF Council, the three years can be reduced to one