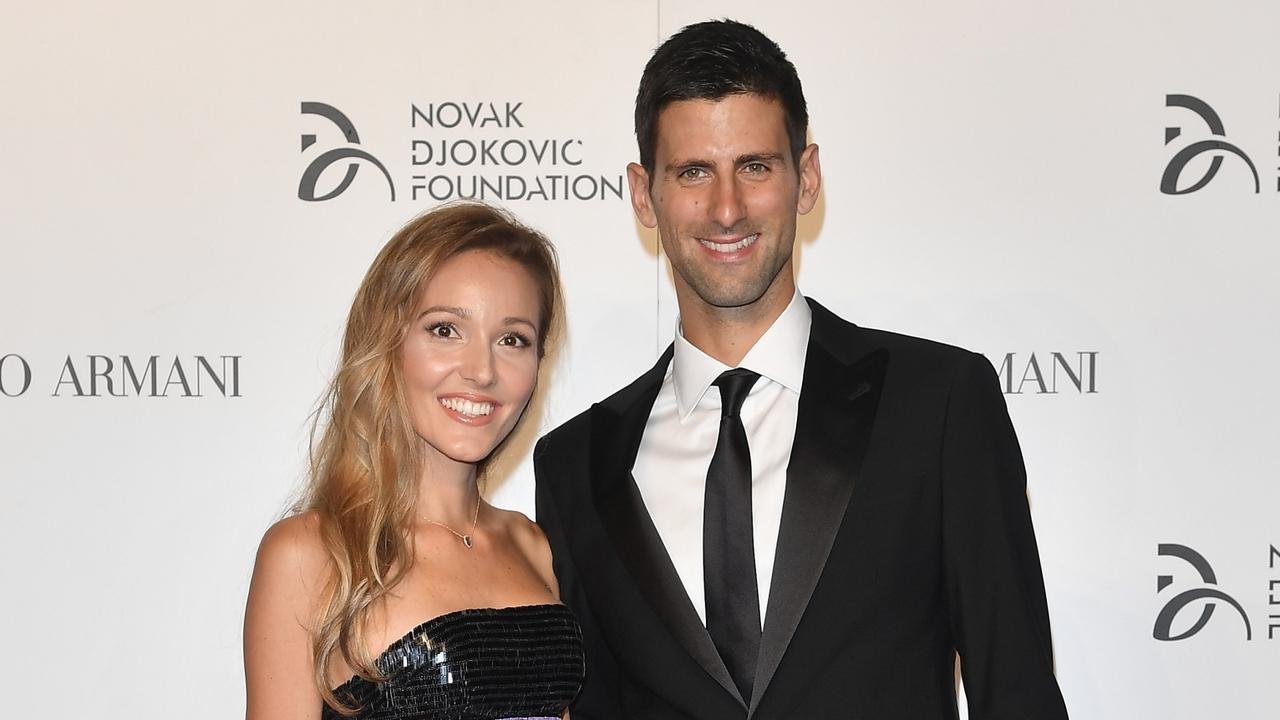 For over a decade now, Serbian Novak Djokovic remains a tennis sensation. However, questions about his better half – who is Djokovic wife – tops internet searches.

Jelena is quite the sensation following a tough season in 2022. Her vocal and defensive nature always leaves many people in awe. Since Djokovic’s deportation from Australia in January 2022 and vaccination controversies, Jelena passes off as a messenger for hire to all of her husband’s critics.

She is never shy of telling them off without a second thought. Call her the superwoman who calmly sits with the audience, watching her husband play. But who Jelena Djokovic? This article will answer it all.

WAS DJOKOVIC’S WIFE A MODEL?

Who is Djokovic wife Jelena? A model or a humanitarian? She is known for her humanitarian work more than a model. Jelena is the National Director of the Novak Djokovic Foundation. 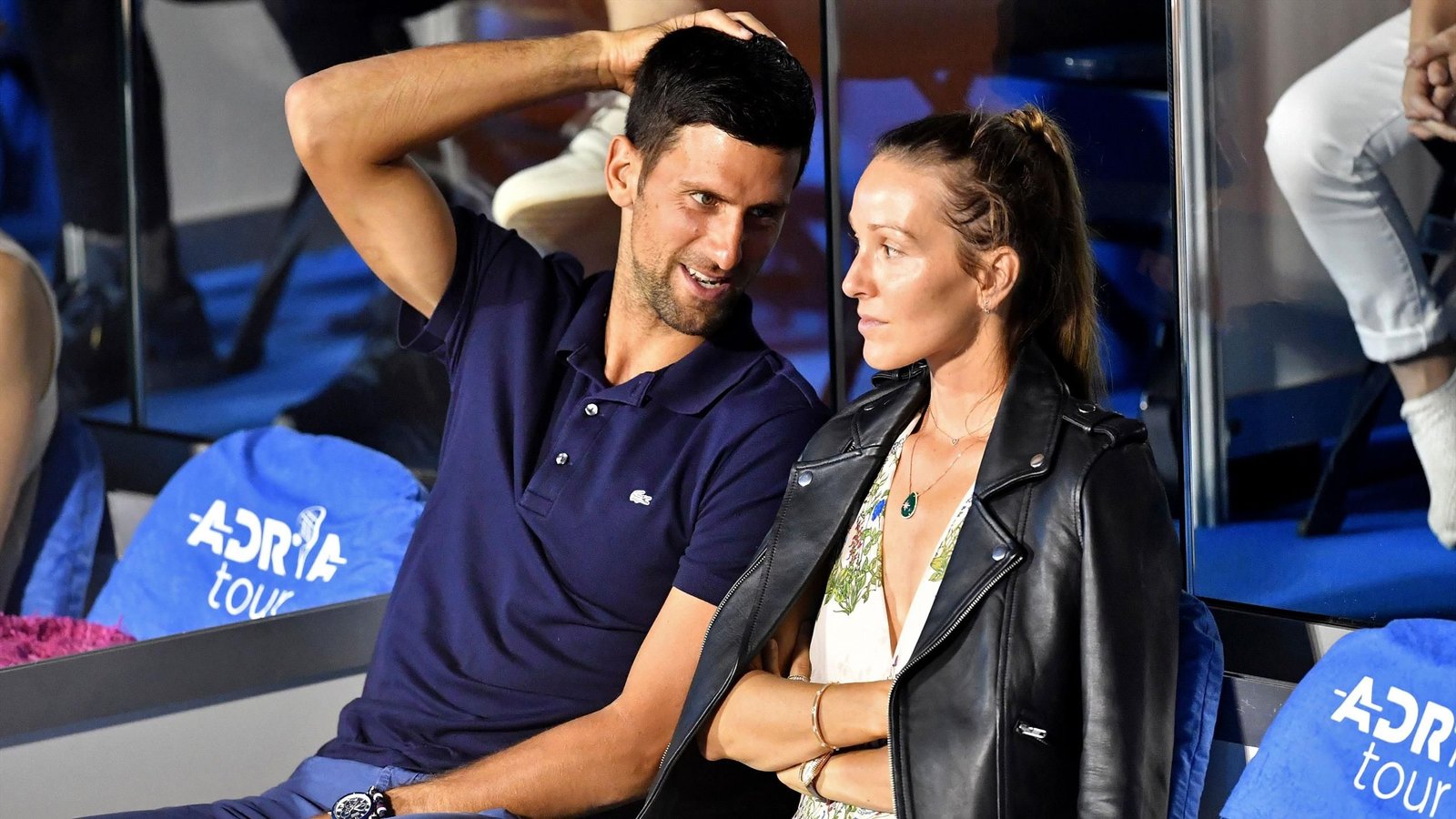 Novak Djokovic and his wife Jelena Djokovic. Photo by Eurosport

It’s charitable foundation. She told HuffPost that her husband and his family established the foundation in 2007 to assist underprivileged children in Serbia by providing them with access to early childhood education.

Before this, Jelena dabbled with modelling. She was named the face of the lingerie and swimwear company Figleaves.com in 2013. She got this position after working with a top oil company as a brand manager.

Despite being together with Djokovic just as his tennis career was blossoming, Jelena had her own education to prioritise. She told Hello that she had always desired to attend a university outside of the country.

Sadly, her parents couldn’t afford it, it so she had to give her best in school to get scholarships. Eventually, she got all of this and joined Bocconi University in Milan to study luxury brand management.

The couple managed to keep their romance going in spite of the distance between them and their busy lifestyles.

DOES DJOKOVIC HAVE 2 KIDS?

Children play a cardinal role in telling all about who is Djokovic wife Jelena. The couple has two kids; the firstborn, Stefan now eight years old. The second born, a girl named Tara is five years old now.

They got married in July 2014, the same year they welcomed Stefan, their firstborn son. They announced their engagement in 2013 after their first meet-up in 2005.

Jelena recalls that coming together with Djokovic was almost like science fiction. The Serbian was a very young tennis player then who had no money to spend on luxury holidays.

His wife was scraping by as she was studying in Milan. At the time, she says, planes were something that was completely out of their reach. When Jelena finished college, the two moved in together in Monte Carlo, where she obtained a temporary job at an oil company.

Life would only get better with Djokovic winning Grand Slams and rising to become the best tennis player of the current era.

HOW OLD IS JELENA DJOKOVIC?

Age and who is Djokovic wife Jelena are pretty relevant. Firstly, she is 36 years old and a mother of two, born in Serbia in 1986. Here is why she is special in tennis circles. Djokovic leads a highly hectic life, and Jelena is always by his side. She once admitted to the Daily Mail that while becoming “passionate” while watching Novak play, she needs to be careful not to overexpress her feelings.

“I have to be careful as I don’t want to get too emotional and distract Novak. It’s about what the guys want,” she implored. “We don’t want them to see us get emotional. I get even more passionate when I’m at home watching him on the TV because I know the cameras aren’t on me.” 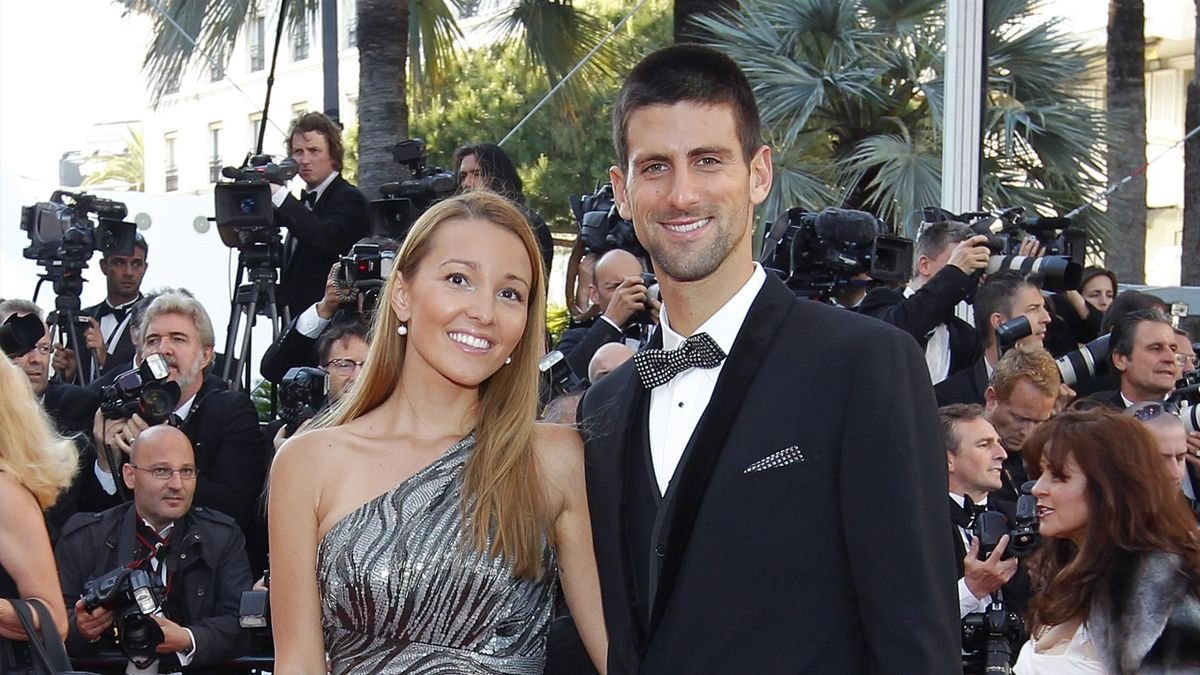 She considers keeping each other calm part of their job as a couple, adding that they are both ‘very emotional’.

“My job is to keep Novak calm and relaxed before his matches. We are emotional partners. The emotional support we give to each other is very important. It’s the same for me as well. He is very supportive and encouraging of the work that I do,” Daily Mail reports.

WHAT IS DJOKOVIC SALARY?

Besides who is Djokovic wife debate, the 21-time Grand Slam champion credits a huge chunk of his wealth to endorsements. Companies like Peugeot and Lacoste pay him an eight-figure sum annually.

Over and above his tribulations for the year, Djokovic credits a part of his success to Jelena for always supporting him.