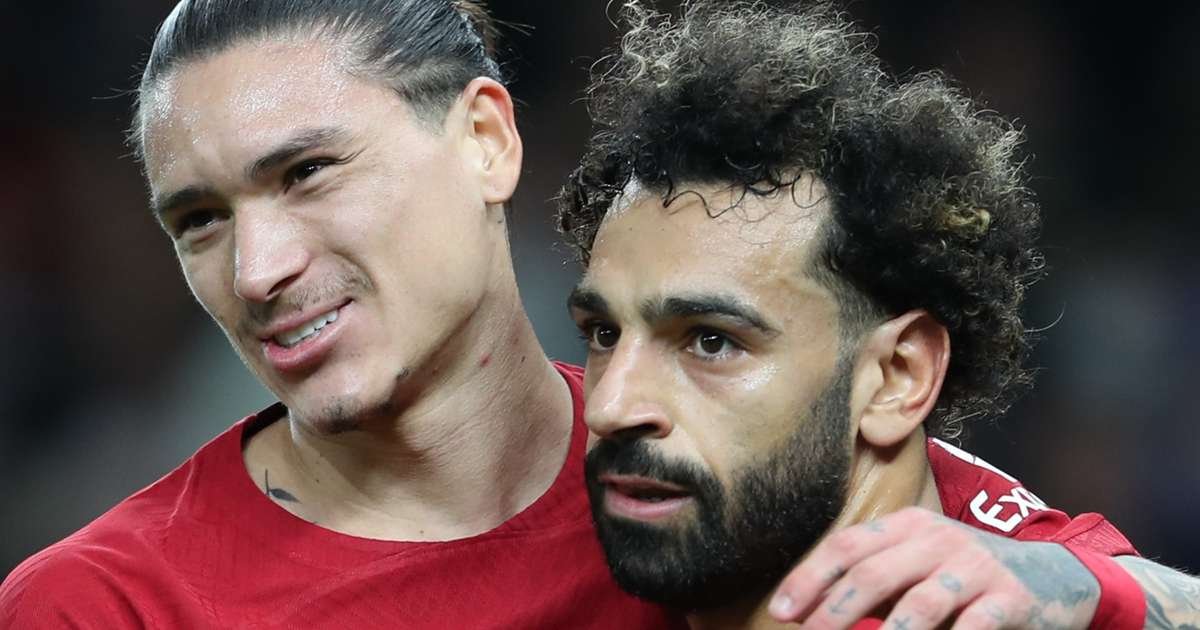 Mohamed Salah and Darwin Nunez celebrate a goal during the match. | PHOTO: Courtesy |

Liverpool defeated Tottenham Hotspur 2-1 to end their season-long wait for their first away Premier League victory thanks to two goals from Mohamed Salah in the first half.

At Tottenham Hotspur Stadium on Sunday, Salah handed the Reds a deserved early lead and took advantage of a horrible error by Eric Dier to increase their advantage, bringing his season total of goals scored to 14.

Spurs came alive in the second half, and Harry Kane’s 13th goal of the year cut the lead in half, but they dropped to fourth following two consecutive home losses in the Premier League.

After being shocked by Nottingham and Forest and Leeds United, this was Liverpool’s first Premier League victory in three Premier League games, bringing them into eighth place.

Darwin Nunez forced a superb save from Hugo Lloris early on for the Reds before the vivacious Uruguayan striker blasted an effort past of the far post.

Salah was found in the box by Nunez, who had excellent vision to set up the goal 11 minutes in. Salah finished a deft move by taking a touch to control the ball before placing it with his left foot into the bottom-left corner. 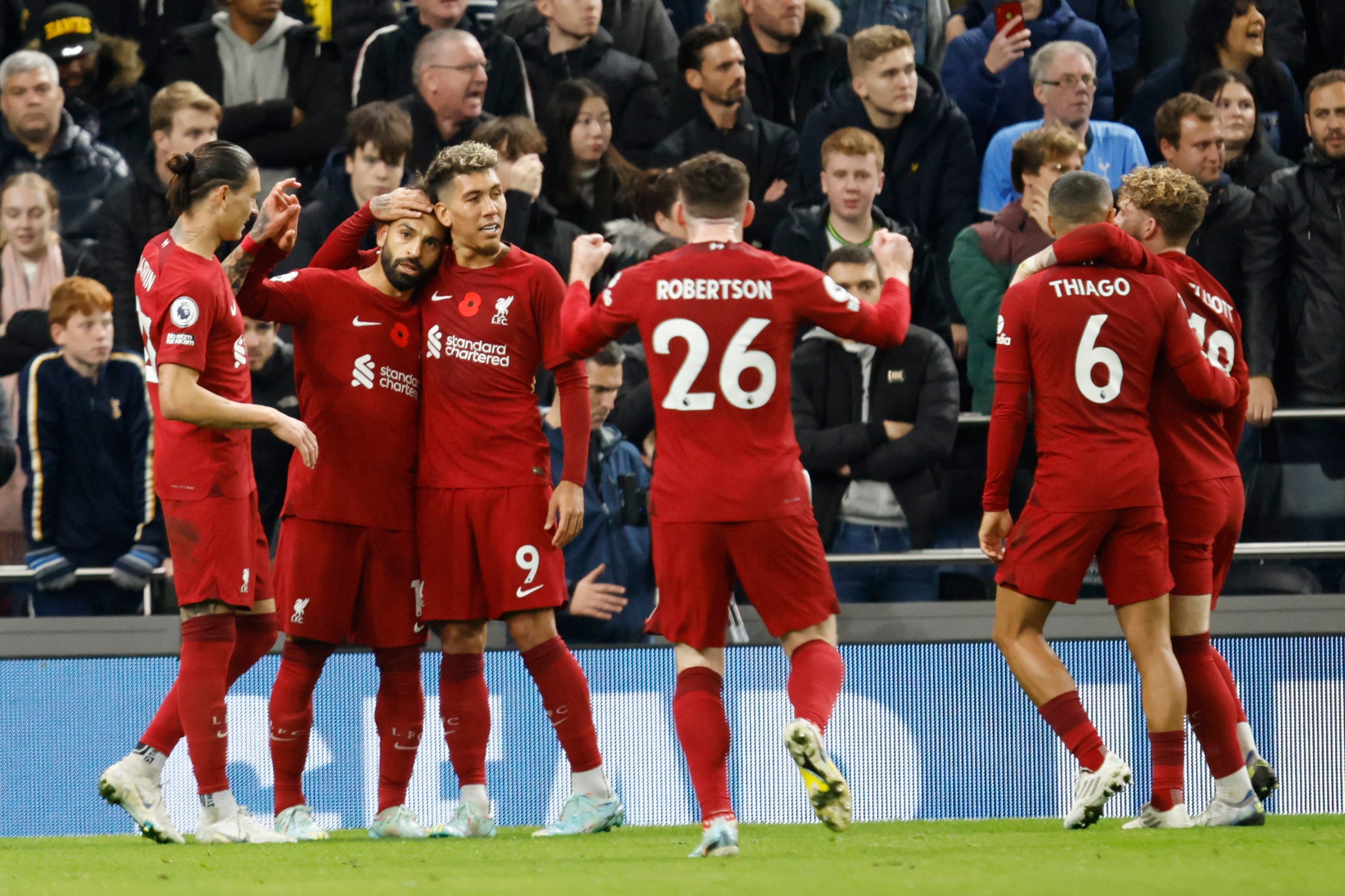 After Alisson mishandled a whipping Harry Kane cross, Ivan Perisic headed against the post, but Liverpool were given a second goal by Dier five minutes before halftime.

Salah had the chance to gallop clear and beat the Spurs goalkeeper with a cool finish when the defender attempted to head a long ball back to Lloris.

When Ryan Sessegnon brought the ball back for the Croatian international, Perisic hit the crossbar as Spurs made a flying start to the second half after being booed off at the break. With little over 20 minutes remaining, Kane gave Spurs a chance to get back into the game after Salah missed a wonderful chance to complete his hat-trick by shooting straight at Lloris.

The England captain was sent in by the recovered Dejan Kulusevski with a deft pass, and he shot with his right foot from inside the box into the far corner to give Spurs hope.

Tottenham remained in control, but Liverpool managed to hang on for a much-needed away Premier League victory.

Liverpool has now faced Tottenham in the Premier League on 11 occasions without losing, and they are finally off and running this season on the road.

In the first half, Jurgen Klopp’s side was by far the superior team, but after the break, Spurs came out firing, probably as a result of some harsh remarks from Antonio Conte.

Spurs overcame a two-goal deficit to defeat Bournemouth in the Premier League last weekend, but this time they gave themselves too much to handle and dropped to fourth after Newcastle United defeated Southampton.

Salah scored twice in the first half and currently has nine goals in eight games. He certainly could have had a hat trick.

He has 14 goals and five assists through 20 games this season, and his only other season with the Reds with greater goal involvements was the 2021–22 campaign, when he piled up an astounding 28.

Kulusevski’s return from injury was a significant plus for Spurs, and the Swedish winger didn’t waste any time in making an impression.

Just a few minutes after entering the game, he assisted Kane in scoring and whipped in some dangerous passes as Spurs unsuccessfully attempted to score an equalizer.

On Wednesday, Liverpool will play Derby County in the EFL Cup third round, while Spurs will face struggling Nottingham Forest.