How Tottenham Hotspur can line up for the 2022-23 season 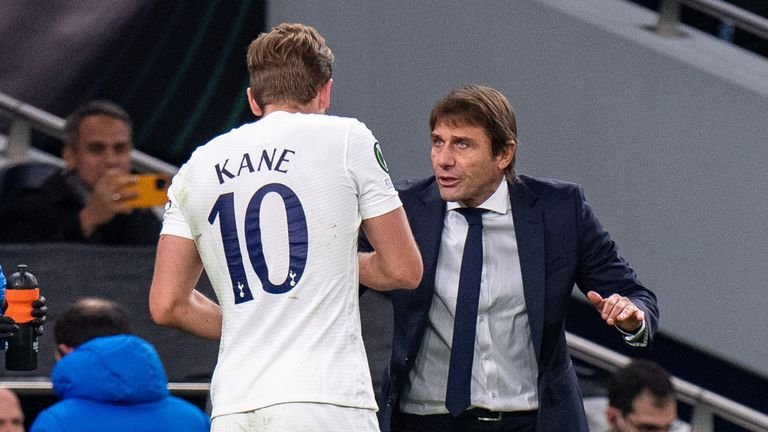 It will not be surprising to see Conte add more. He has left out players such as Harry Winks, Sergio Reguilon, Giovani Lo Celso, and Tanguy Ndombele from the pre-season. This should be a clear indication of their future with the North London club.

With the 2022/23 season set to begin on 6th August, let’s take a look at the expected starting lineup for Tottenham Hotspur.

A name without a doubt is club captain Hugo Lloris. The French international has been a veteran at Spurs and has attained legendary status at the club.

Without a doubt, the 35-year-old is expected to keep gloves for Spurs. He signed a two-year extension in January which cements his place in the starting 11.

New signing Fraser Forster will be the second-choice goalkeeper and will be getting his share of minutes in non-important games. Lloris is due a trophy at Spurs and will be hoping Conte can help turn those fortunes around.

Conte is a big fan of the 5-man defense formation. We have seen it in the past with Chelsea. Such was the impact that it led Chelsea to a Premier League title in the 2016/17 season.

Djed Spence was announced today and the 21-year-old will be aiming to make his impact straight away for the Spurs. Conte was definitely not convinced with the likes of Emerson Royal and Matt Doherty and thus, this signing makes sense.

Spence was on loan at Nottingham Forest and bolstered the right wing with his performance. He kept a total of 18 clean sheets in 42 Championship 2021/22 appearances.

Romero was signed from Atalanta last season. He had a significant impact at Spurs. The 24-year-old was one of their best performers last season despite injuries and will play a crucial role in defense.

He took the Premier League by surprise by adapting quicker than expected.

Conte has had a huge role to play in the smooth transition that Romero has undergone at the club. Since his loan move is now over, he is officially a Spurs player for the years to come.

A player who is close to many English and Spurs fans is Eric Dier. The Englishman started his career as a midfielder and was later converted to a defensive option.

Dier has solid defensive qualities and matches Conte’s requirement of a defender with strong physical attributes. He will be expected to lead the Spurs’ defense. 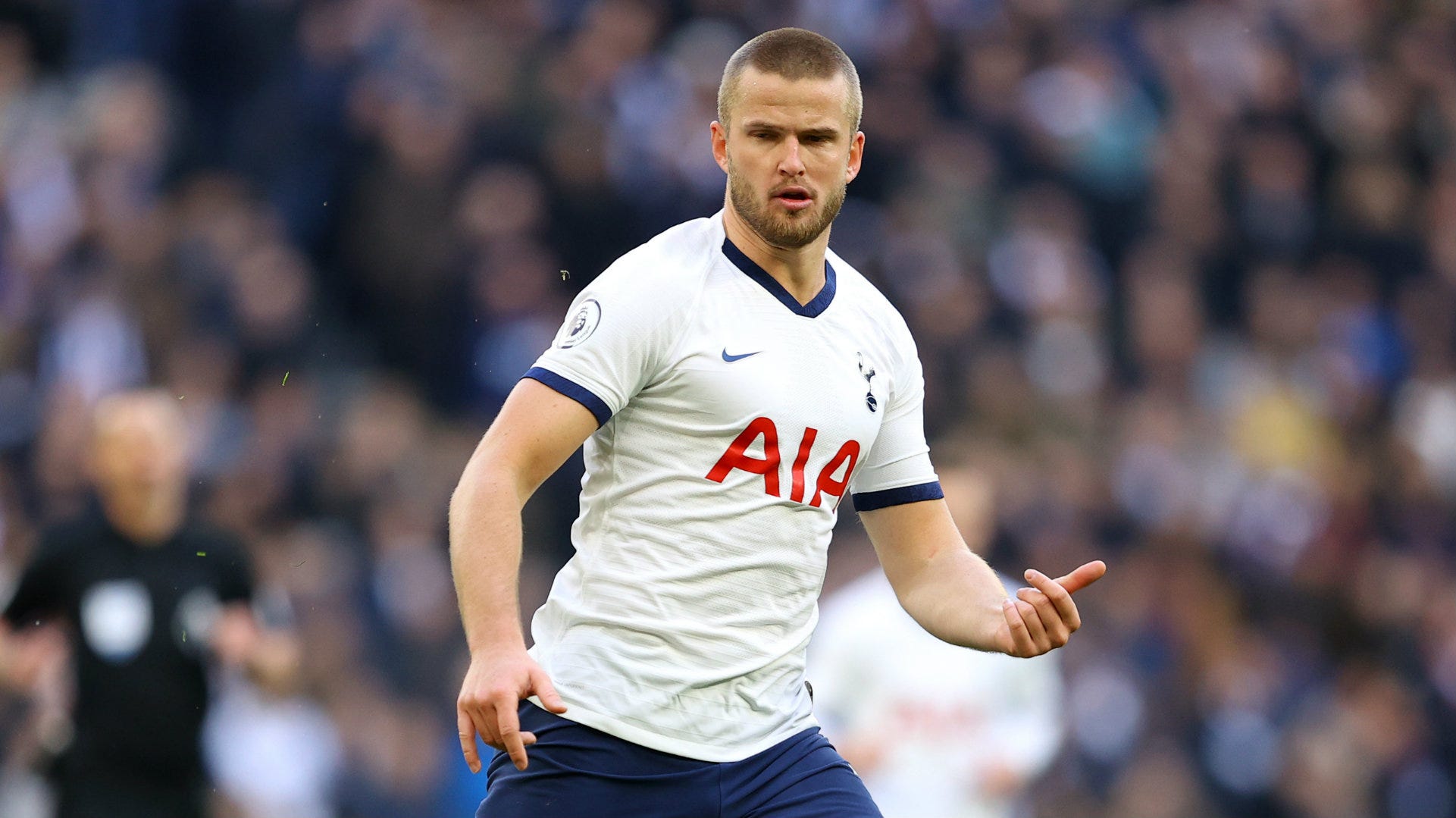 The defender will also be looking to make his England return for the upcoming World Cup and Conte would be boosted by his motivation for the same. Dier can also be expected to be the forward passer of the central defensive trio.

FC Barcelona is in line to sign Seville’s Jules Kounde after completing the signing of Andreas Christensen from Chelsea.

They have off-loaded French center-back Clement Lenglet on loan to Spurs. Lenglet never managed to live up to the hype created around him at FC Barcelona and the defender will be hoping to change that under manager Antonio Conte at Spurs.

Spurs’ defense looks complete and the trio will be expected to form a formidable partnership at the back. Davison Sanchez, another center-back will also be fighting for a spot but currently these 3 look to form the three-man central defense.

A player like Sergio Regulion looked perfectly suited to play in the left-wing back position for Spurs. But unfortunately, manager Antonio Conte does not consider the same.

Competing with Chelsea for the signature of the Croatian, Spurs managed to successfully unite the duo after their excellent run in Inter Milan.

Even though he is new to the Premier League, Perisic brings in experience with him which is invaluable for this Conte. Meanwhile, Perisic will be hoping to repeat his stints and win titles for Spurs just as he did in Germany and Italy.

Having played 4 seasons for Brighton, the Mali international has impressed several top clubs. Last season Hojbjerg and Bentancur formed an excellent pair but Bissouma looks to be a marquee signing.

Yves Bissouma has played for 4 season at Brighton; Photo/Football.london

He is expected to start over Hojbjerg. Bissouma has enough Premier League experience as well with 112 appearances under his belt. With his signing, Oliver Skipp should expect reduced game time. Harry Winks’ exclusion from pre-season is an indication of his probable exit from Spurs.

Bentancur joined Spurs in the January transfer window and made 17 appearances in the 2021/22 season. Since his joining, he has impressed everyone and proved to be a perfect signing for Antonio Conte.

He even managed to provide 4 assists during this period. He joined Spurs on a 4-and-a-half-year deal from Juventus which means there is no doubt about his availability.

It will not be surprising to see Spurs retain him as their top midfielder even after his tenure is over. The Uruguayan costed Spurs £15.8m up front with potential add-ons of up to £5.7m.

Kulusveksi has been a complete storm ever since his arrival from Juventus. He was signed on deadline day alongside teammate Rodrigo Bentancur.

The Swedish has been signed on an 18-month-loan deal with an option to buy. He will cost Spurs a total of £8.3m, with £2.5m last season and £5.8m this season. Spurs can buy the player for a fee of £29.2m subject to certain conditions.

Spurs were keen on signing Luiz Diaz in that very window but his move to Liverpool changed their plans. But it has proved to be a blessing since Kulusevski has scored five times and provided eight assists in just 18 Premier League games.

Spurs fans cannot imagine life without Harry Kane. The striker is already a legend of the game and has been the most important factor for Spurs to achieve whatever they have in the last few years.

Despite attracting top clubs such as Real Madrid, Chelsea, and Manchester City, Kane has stayed loyal to Tottenham.

In his 282 Premier League appearances, Harry Kane has notched 183 goals. He is also the 5th highest all-time goal scorer in the Premier League. Spurs have added Richarlison to their squad as his replacement during injuries or domestic competitions.

Another player who is a no-brainer in Conte’s starting XI is South Korean Son Heung-Min. The winger has been a phenomenal player for Spurs ever since his arrival from Leverkusen back in 2015.

He even shared the golden boot with Mohammed Salah last season after scoring 23 goals in 35 Premier League games.

His partnership with Harry Kane has kept Spurs in the challenge, especially in the last 3 seasons. The 30-year-old will be looking to perform at the top level for his side and will also be playing a huge role for South Korea in the upcoming World Cup.