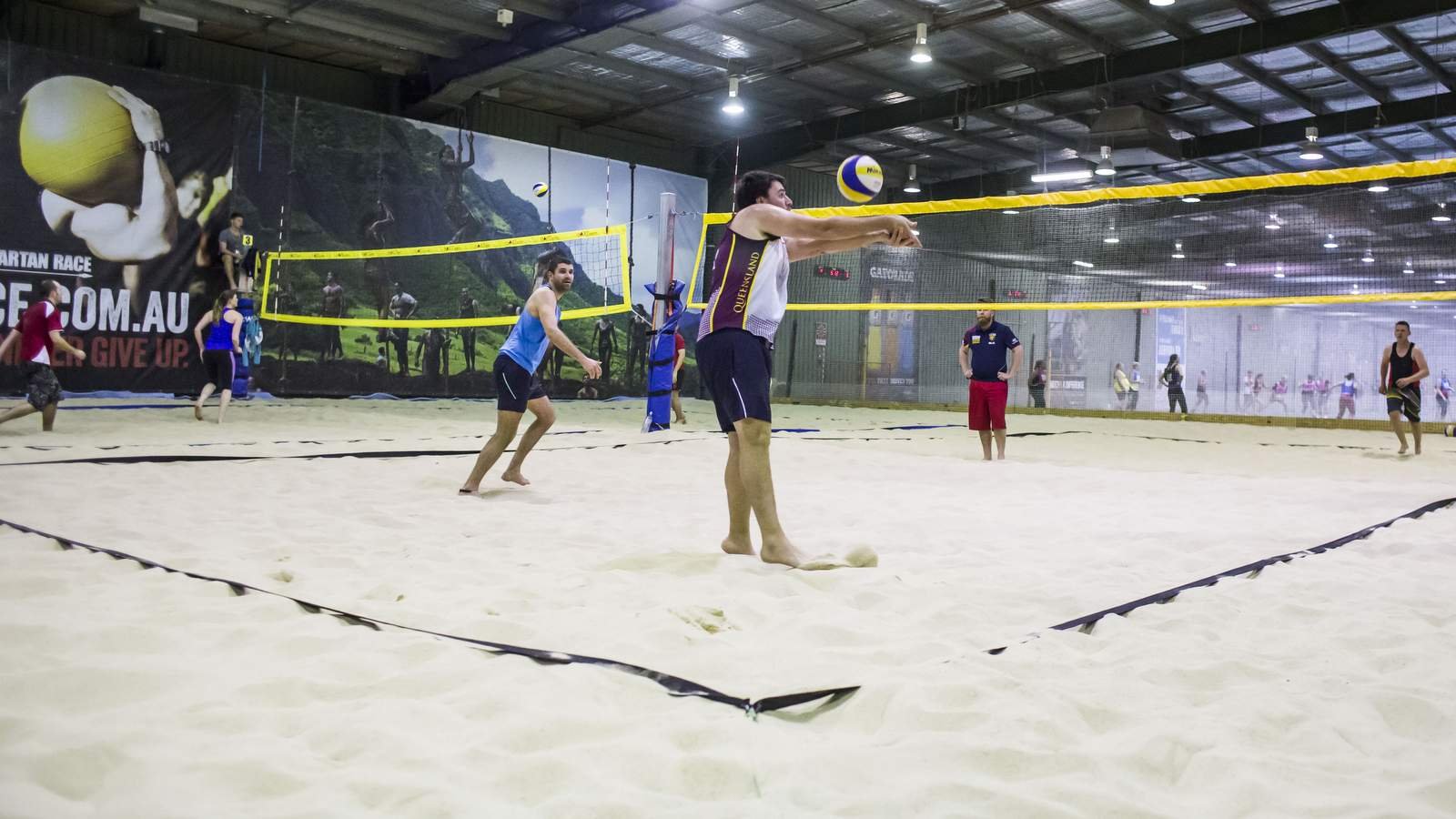 Indoor volleyball and beach volleyball have a lot in common. However, they also have differences which can be easily noticed.

A lot of people love playing volleyball during the summer, and they enjoy both versions of the sport without considering the differences.

Here, we will discuss five major differences between indoor and beach volleyball.

1. Sizes Of A Playing Court

One major difference between indoor volleyball and beach volleyball is the size of the playing court.

Indoor courts are 18m by 9m, with a parallel attack line that is 3m. Back row players must stay behind the attack line if they want to hit the ball.

Beach volleyball courts are smaller compared to indoor courts. Suppose you’re wondering why; it’s because the players would lose much speed and breathe playing in the sand if the sizes of the court were the same. A smaller court ensures rallies will be more entertaining as the ball lives longer.

The beach courts are 16m by 8m and have no attack line. A player is allowed to hit the ball from anywhere as long as they are on their side of the net.

According to FVIB rules, a beach volleyball court has to have a free zone that is between 5 and 6 metres from the end lines. On the other hand, the free zone in an indoor court should be between 5 and 6.5 metres.

The playing surface is another major difference between indoor volleyball and beach volleyball. It is carefully examined by FVIB representatives before the start of any competitive match.

In indoor volleyball, the surface is horizontal and flat and should have a light colour. The playing court and the free zone should have different colours. White colours are used to draw the lines on the playing surface.

In beach volleyball, the playing surface is levelled by sand composed of fine, loosely compacted grains. The height of the sand should be at least 40 centimetres. 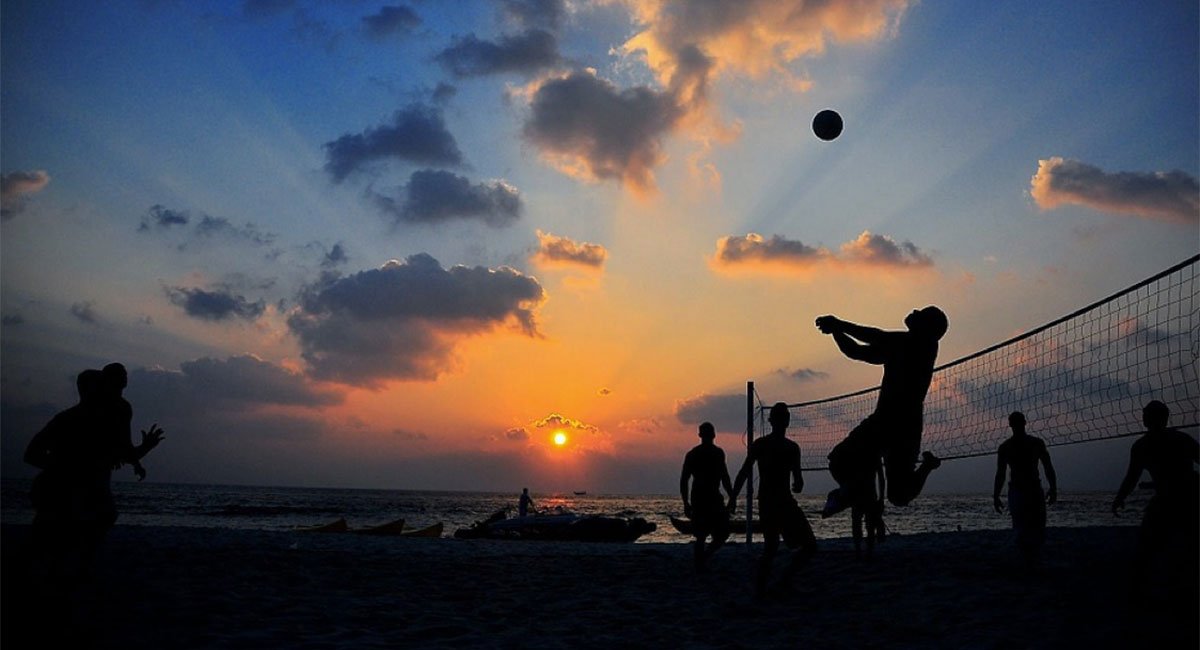 In indoor volleyball, a match consists of five sets or games. The team that reaches 25 points first is the winner of the set.

If a team win the first three consecutive sets, they are declared the winners of the match. The fifth set, if necessary, is played to 15 points.

The teams switch sides after every set in indoor volleyball.

On the other hand, beach volleyball consists of a series of best-of-three games. The team that reaches 21 points first wins the set. Two sets win the match.

If the teams proceed to the third set, the team that first reaches 15 points is the winner of the match.

The ball used in beach volleyball is different from the one used in indoor volleyball. A beach ball is softer, bigger and lighter to allow it to move at a lower velocity.

The lighter weight allows the ball to float on air, thereby allowing good players to use the weather to their advantage. 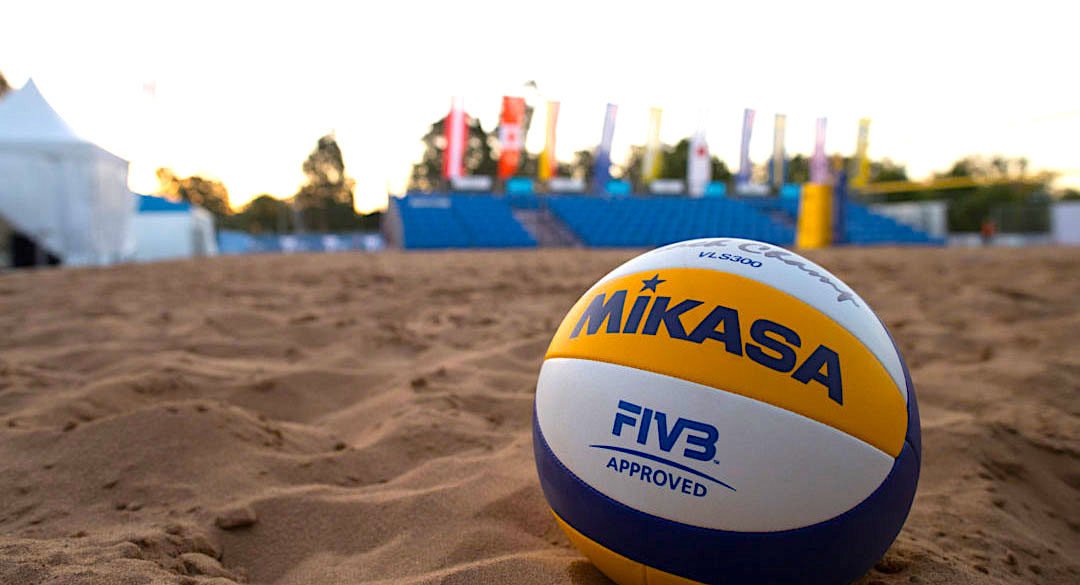 On the other hand, the balls used in indoor volleyball are generally smaller and harder to allow them to move at a higher velocity.

In indoor volleyball, there are six players per side. Each player has a specific role, and there are complex rotations and switches going on throughout the game to ensure every player remains in their specific position.

Beach volleyball, on the other hand, has two players per side. Here, the players have no specific positions or roles to play in the game. Most beach players are all-rounded, as they can dig, hit and also block.

If you’re playing beach volleyball for fun during the summer, you can have more than two players per side and decide to share responsibilities just as indoor players.