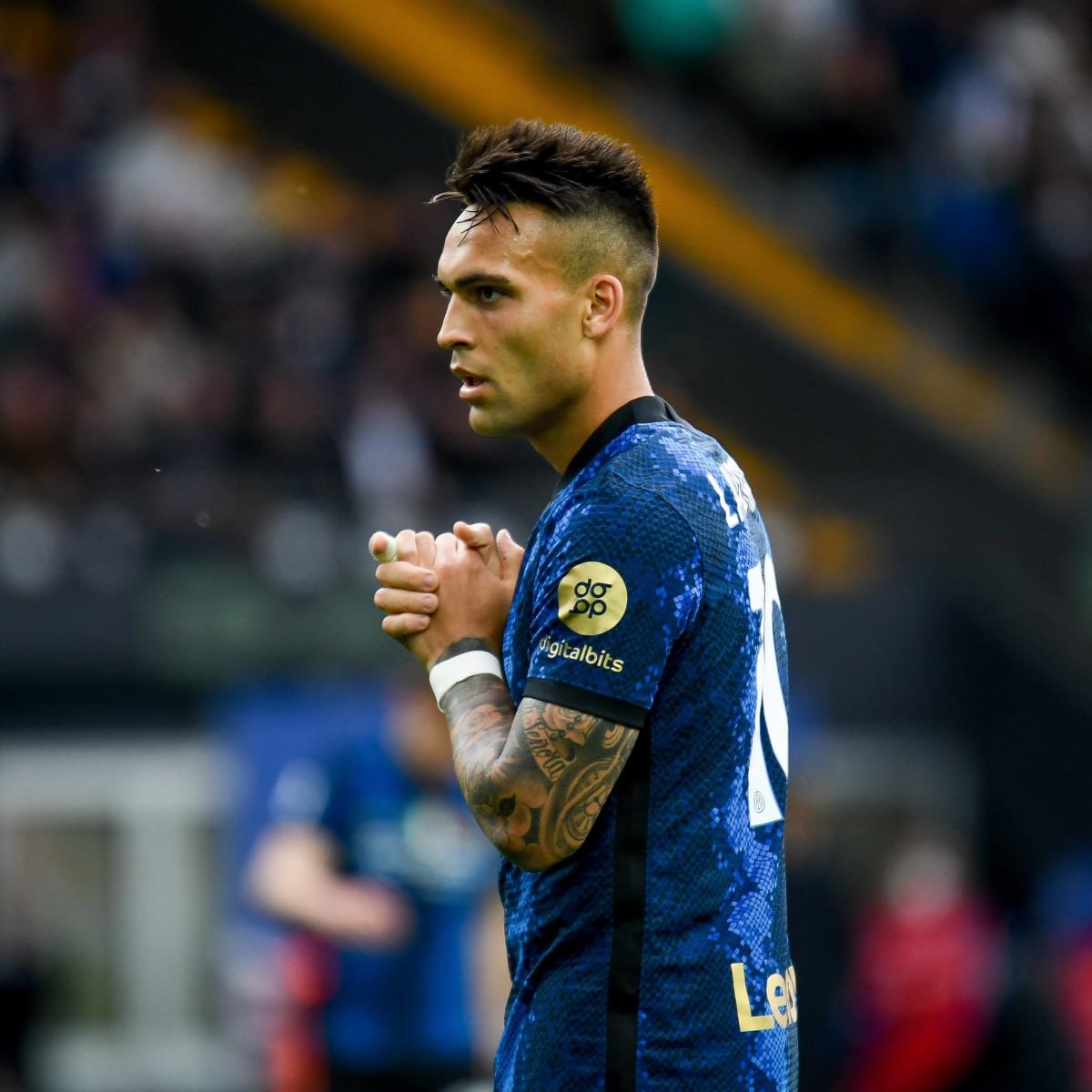 Lautaro Martinez is a professional footballer who plays as a striker. The talented footballer plays for the Argentina national team and Inter Milan in the Serie A.

Lautaro Martinez began his football career as a centre-back. He shifted from the defensive position to the attacking position during his teenage days. The Argentine cites Radamel Falcao as one of the reasons why he decided to be a striker.

Martinez is a prolific goal scorer who is quick and technically gifted. Apart from being a good attacker, the Argentine is also good at defensive contribution. He drops off deep the ball to either drag his opponents out of position or press them.

Martinez has the nickname El Toro, which means The Bull. He was given the nickname because of his tenacity, mentality and leadership on the pitch.

Lautaro Martinez was born in Bahia Blanca, Argentina on August 22, 1997.

Lautaro wanted to be a footballer when he was still a small boy. His father was a professional footballer who played in Argentina. Martinez followed his father’s footsteps as he became a pro in the streets of Bahia Blanca.

He joined Liniers academy in 2013 at the age of 16. He impressed when playing for the team’s U-17 level. Martinez scored 13 goals in the U-17 league during the 2013-14 season. He scored in the finals of the National Cup, which his team ultimately lost on penalties to Rosario.

Lautaro Martinez joined Racing Club’s academy for the 2014-15 season. Things didn’t work well with him initially because he suffered from homesickness. Martinez wanted to go back home so he could play football with his friends.

However, he was convinced by his teammate Braian Mansilla to stay. Martinez continued his outstanding performance as he scored 53 goals in 64 appearances for the Racing Club reserve team.

Lautaro Martinez got the attention of Real Madrid, who came for his signature. However, he refused to join the Spanish club because he was not ready to leave Argentina.

Martinez was promoted to the Racing Club senior team the following season.

Lautaro Martinez began his senior professional football career with Racing Club at 18. However, things didn’t go well with him initially because of better and more experienced strikers at Racing Club. He got the chance to prove his worth during the 2016-17 season when regular starting striker Lisandro Lopez suffered an injury.

Martinez scored nine goals in 23 league appearances that season. He continued to impress the following season as he got more playing time.

Inter Milan signed Lautaro Martinez during the summer of 2018 for a reported fee of 22.7 million euros. He scored in his first game for Inter Milan as the Serie A club defeated Lugano 3-0. 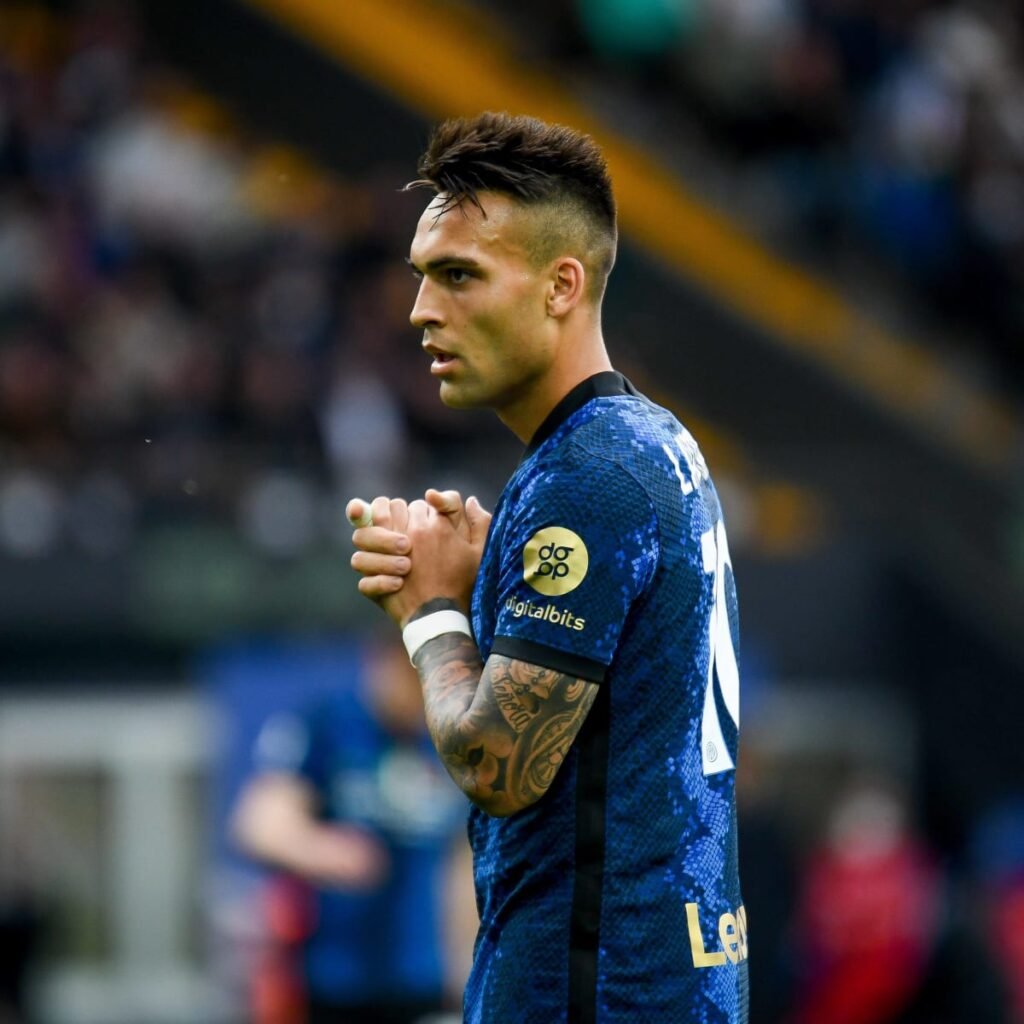 Martinez has spent four seasons with Inter Milan and is one of the club’s best players. Apart from being the centre-forward, Martinez can also play as a second striker. He possesses good linkup play and is a very good passer. When he is in the opposition’s box, Martinez can easily score with both legs.

The Argentine forward played a crucial role as Inter Milan won the Serie A title during the 200-21 season. He helped Inter Milan win the Supercoppa Italiana and the Coppa Italia last season.

Lautaro Martinez has two brothers, Alan and Jano. Martinez’s father, Mario, was also a professional footballer. He played for Liniers, the club where Lautaro began his football career.

Gandolfo is two years older than Martinez, but their relationship seems not to be a problem. The two have a child, Nina Martinez, born on February 1, 2021. 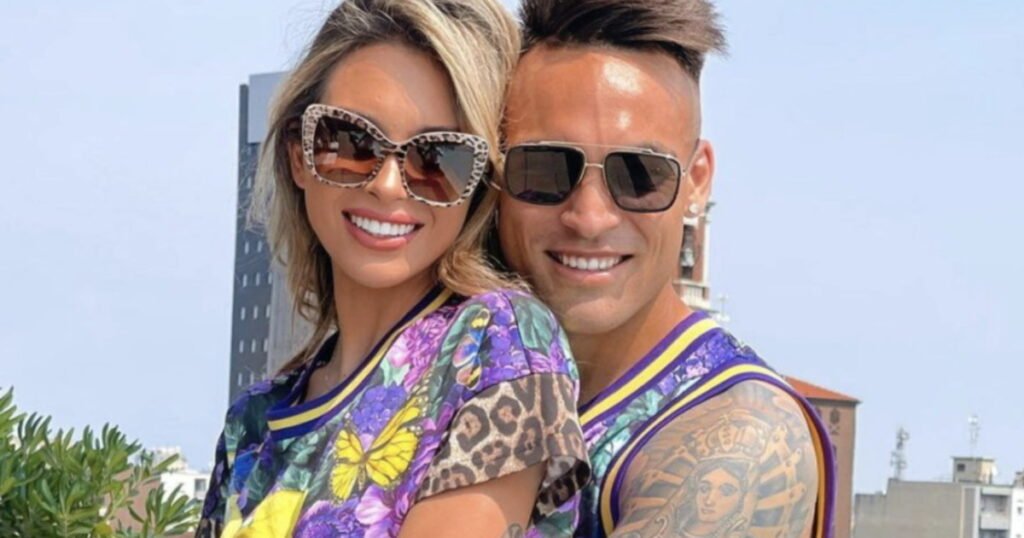 Lautaro and his girlfriend. Photo/ Tempo.

Lautaro Martinez has no endorsement deals with top companies.

Does Lautaro Martinez have a car?

Martinez drives Porsche Boxster in the streets of Milan.

What is Lautaro Martinez’s market value?

What is Martinez’s net worth?

What is Martinez’s salary?