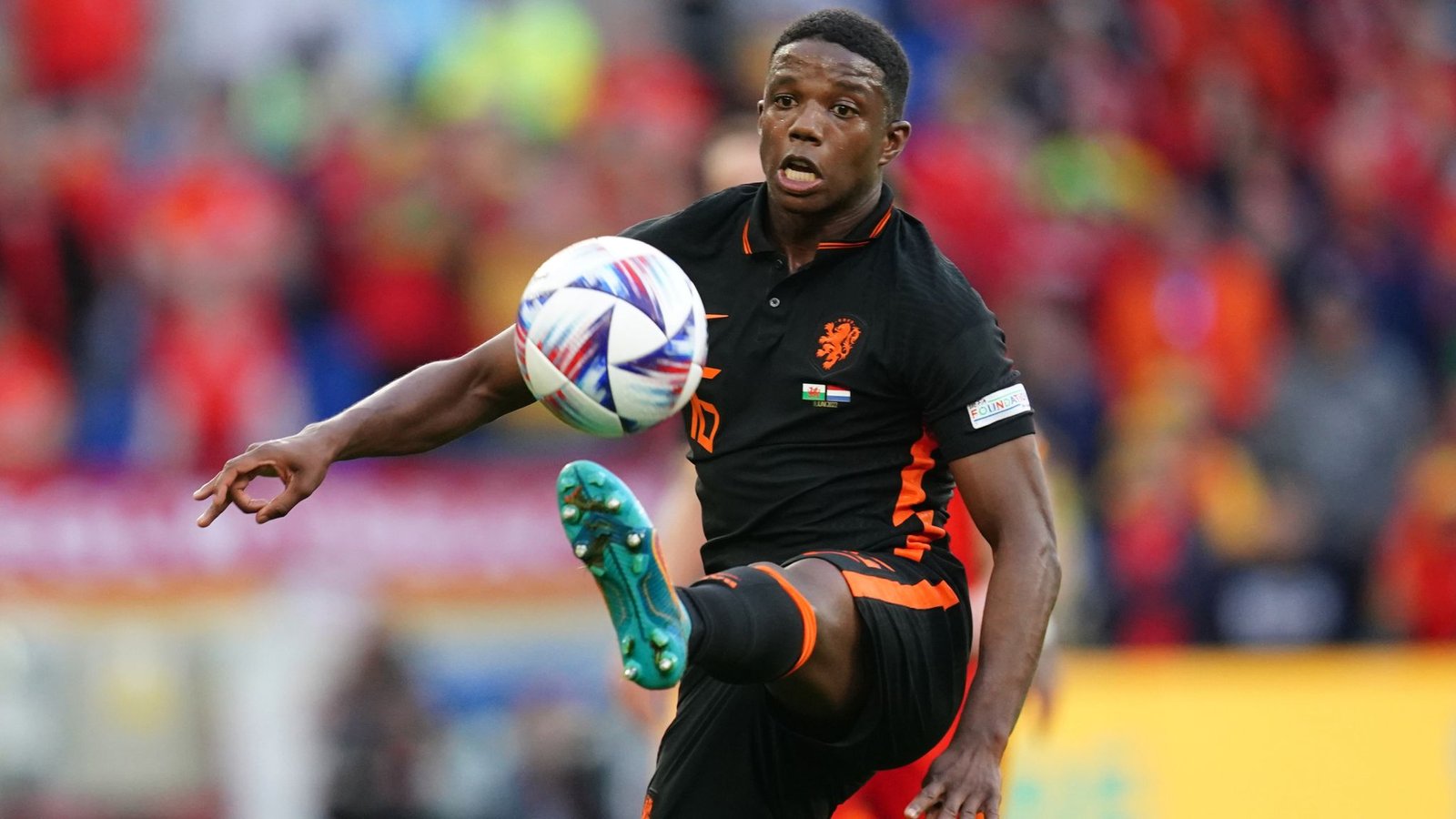 Erik ten Hag is already on the verge of signing Frenkie de Jong from Barcelona but, according to Fabrizio Romano, he could now bring in another Dutch star in addition.

Feyenoord left-back Tyrell Malacia had appeared to be on his way to Lyon, having verbally agreed a transfer, but Man United are trying to hijack the deal at the last second.

Man United are in talks with Feyenoord to try and close the deal, with Malacia who has the same agent as De Jong.

With Luke Shaw injured and Alex Telles blowing hot and cold in his absence, Man United could really do with a player they can trust in the position – think Patrice Evra or Denis Irwin – and Malacia’s performances with Feyenoord augur well.

Scouts have been flocking to the De Kuip stadium in Rotterdam to watch the 22-year-old, and a big-money move was always going to happen this summer.

What position does Malacia play in?

Malacia is a full-back by trade who lines up on the left-hand side of coach Arne Slot’s preferred 4-2-3-1 system. 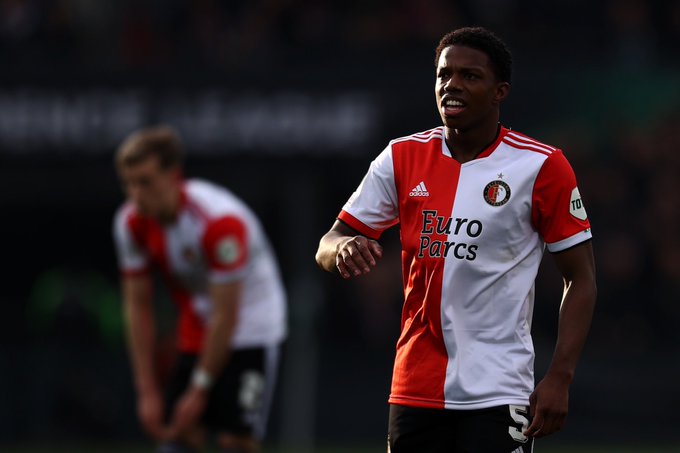 Lyon had verbally agreed on a deal but United are hijacking at the last second; Photo/Twitter

He has bags of skill though and can be used further forward, as he was when he made his Netherlands debut in a FIFA World Cup qualifier against Montenegro last September.

How good is Malacia?

So good that Ten Hag reportedly wanted to sign Malacia for Ajax last season, but the rivalry between the two Dutch giants made any such move difficult.

Malacia had a goal and five assists in all competitions for Feyenoord, and he played a key role as the 15-time Dutch champions who reached the final of the UEFA Europa Conference League, only to lose to Roma.

He joined Feyenoord aged nine and has blossomed into a fan favourite at the De Kuip, with some calling him “the pitbull” due to his tenacious displays.

Only Ten Hag’s Ajax conceded fewer goals than Feyenoord domestically, and Malacia is a large part of the reason why despite his tender years. 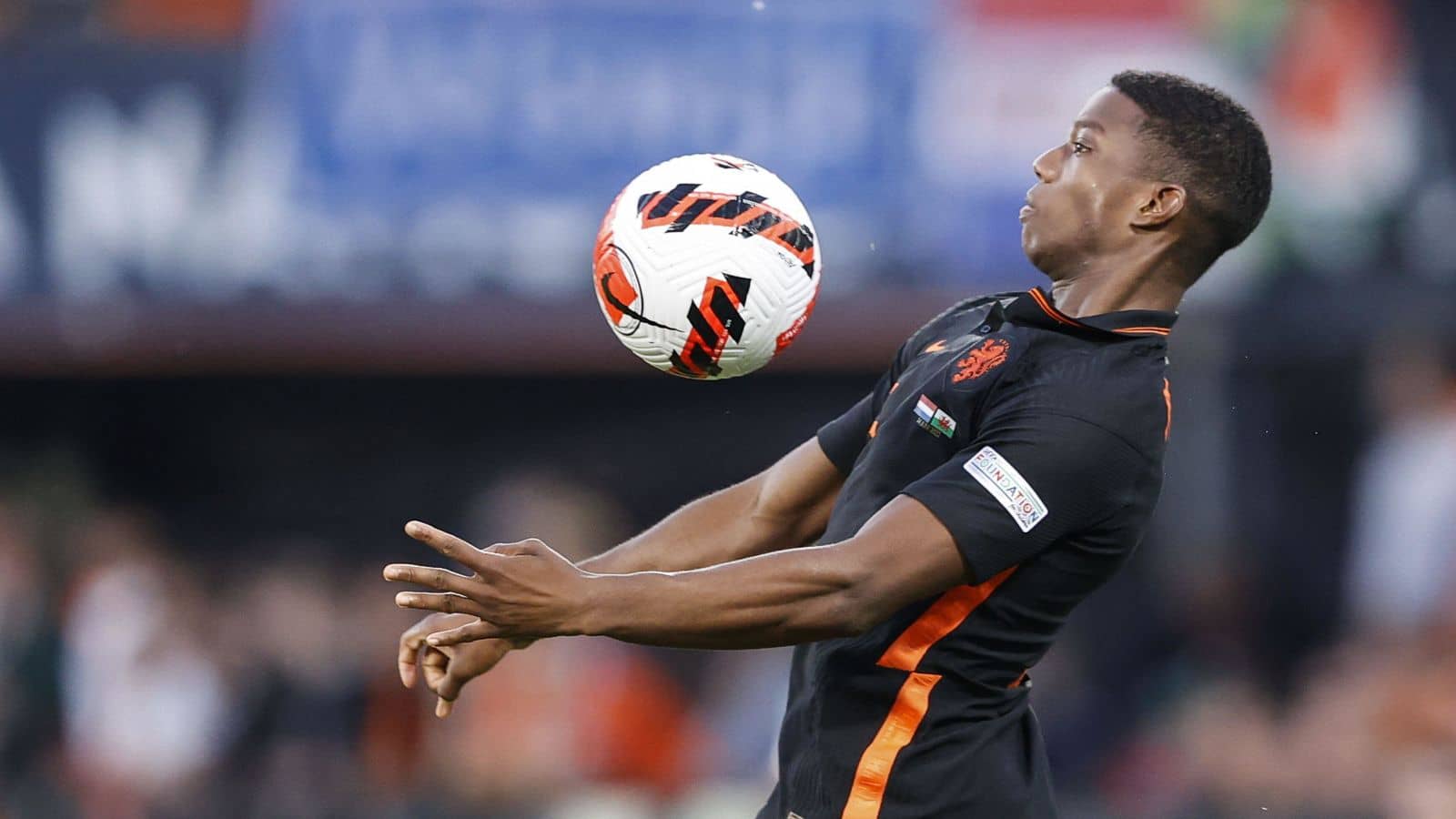 Erik Ten Hag is a long admirer of the 22-year-old Tyrell Malacia; Photo/TEAMtalk

Eligible for Curacao and Suriname through his parents, Malacia was called into Louis van Gaal’s Netherlands squad for their World Cup qualifiers against Norway, Montenegro, and Turkey late last year, and after playing against Montenegro, he later featured in friendlies against Denmark and Germany, and the UEFA Nations League double-header versus Wales in June.

Former Man United man Daley Blind will have competition for his left-back spot at the FIFA World Cup this winter, unless, of course, Van Gaal plays them both, with Malacia the further forward of the two.

Lyon was looking for a long-term solution at left-back and had appeared to have virtually closed a deal for Malacia.

However, Man United has now attempted to hijack the deal at the last minute. They are currently in negotiations with Feyenoord over a transfer fee.

Malacia’s current contract with Feyenoord is set to expire in June 2024.