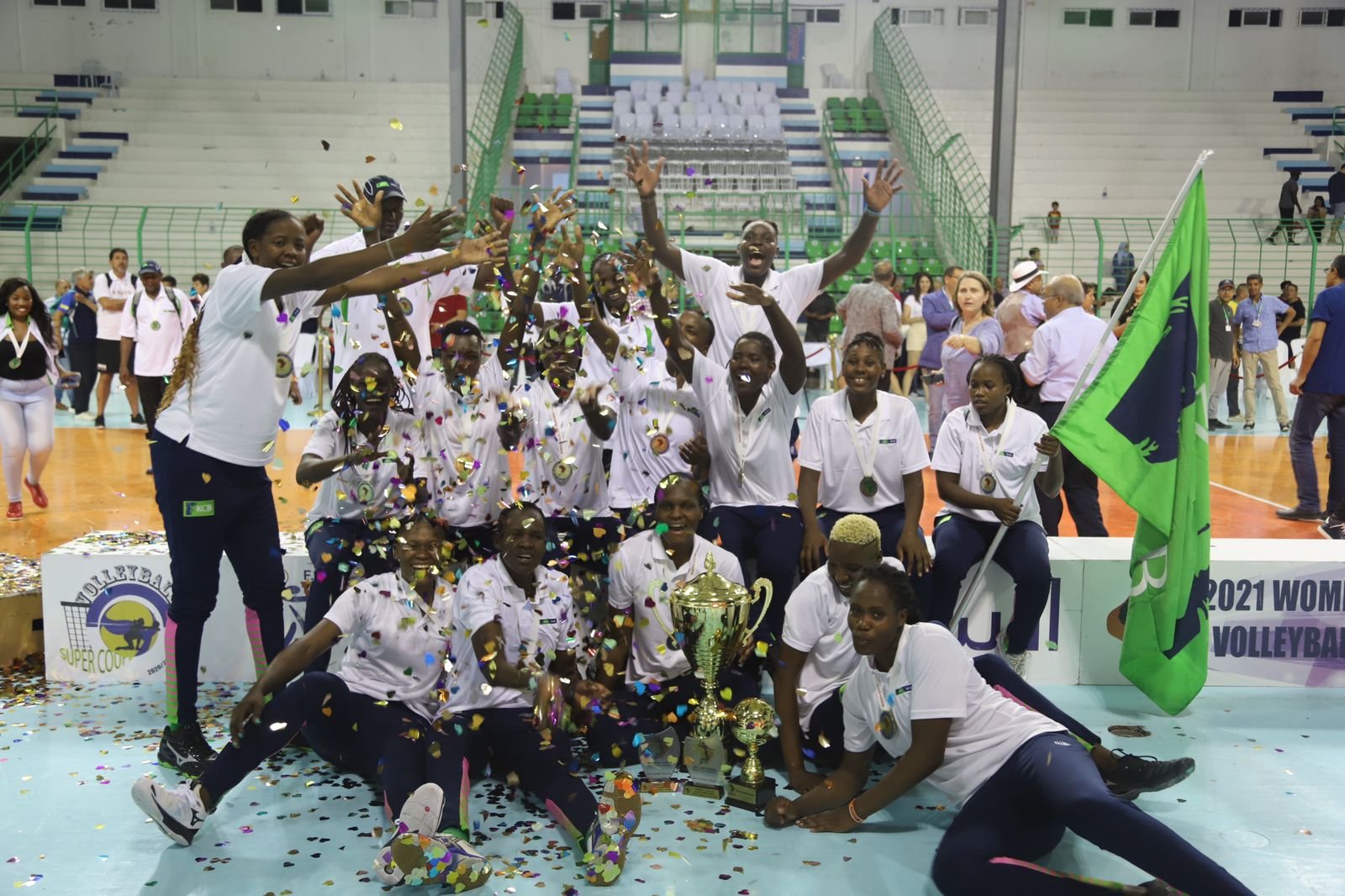 The bankers revenged for their loss in 2009 when they last reached the final, where the Egyptian giants beat them by the same margin in Mauritius. KCB had finished second in their group enroute to the final, but it did not deter them from putting up a mastered performance to clinch the crown.

Their only loss was against defending champions Carthage in the group stages, but they learned from the slip to get better as the tournament progressed.

“I am profoundly grateful to God, KCB Bank, and this team for the amazing experience here in Tunisia. We came here knowing the quality of our opponents and we did not take any side for granted. We have been solid throughout the tournament and the girls have been exceptional. They deserve it,” said an excited KCB head coach Japheth Munala. 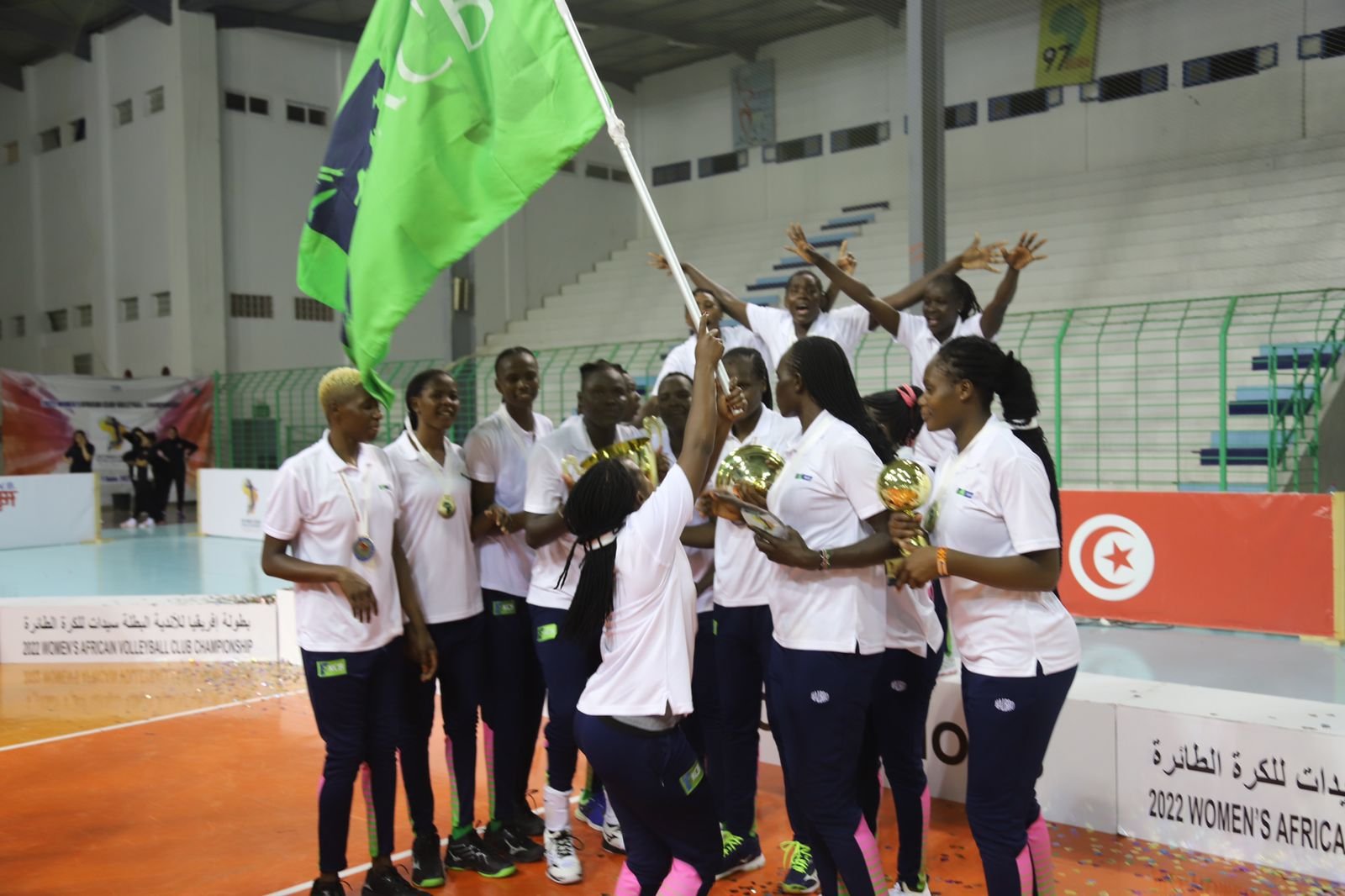 KCB celebrate after winning the title

Technical Director Paul Bitok, who also doubles up as the national women’s team head coach was equally elated with the historic victory.

“It is unbelievable, to be honest. It has been about 15 years since we last won a continental trophy. I am proud of this group of ladies. We utilized the Covid-pandemic to adequately prepare for this tournament and today, we have reaped the fruits of our hard work,” Bitok stated.

KCB had a blistering start to the match and won the opening two sets 25-18 and 25-22. They however seemed to have been overpowered by the Egyptians who easily won the third set 25-11.

But the never die Bankers rallied in the fourth set to avoid a push into a tie breaker and they worked hard to win 28-26. Sharon Chepchumba was the start of the show for KCB, as she clinched a whooping 32 points in the entire match. 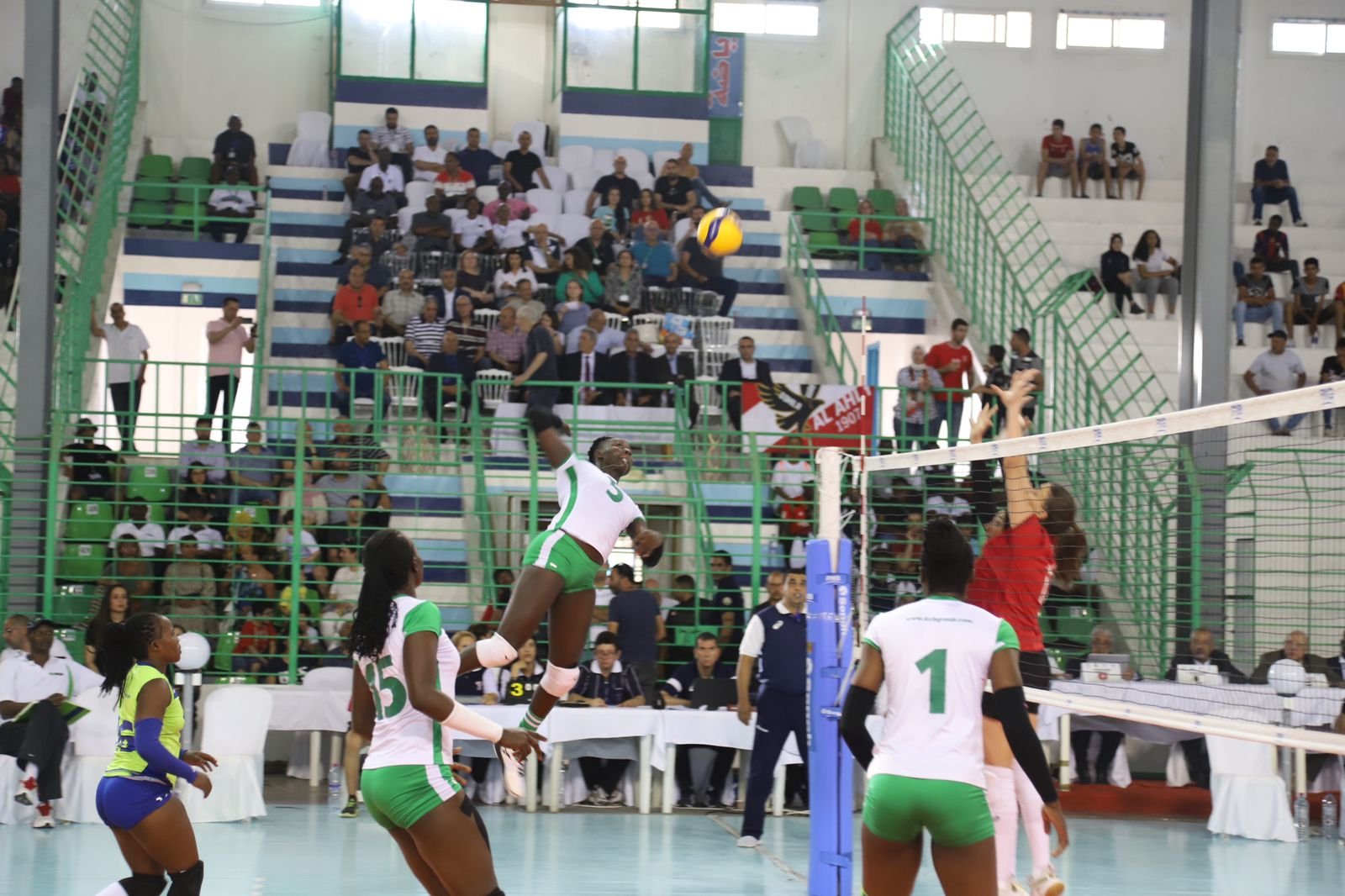 Action between KCB and Al Ahly

Chepchumba who was KCB’s star girl in the tournament was named Most Valuable Player for her invaluable points that aided the bankers to the title.

The last time a Kenyan team reached the finals was in 2015 when Pipeline lost 3-1 sets to Ah Ahly in Cairo while Kenya Prisons, who finished fifth this year, is the last Kenyan side to win the title in 2013.