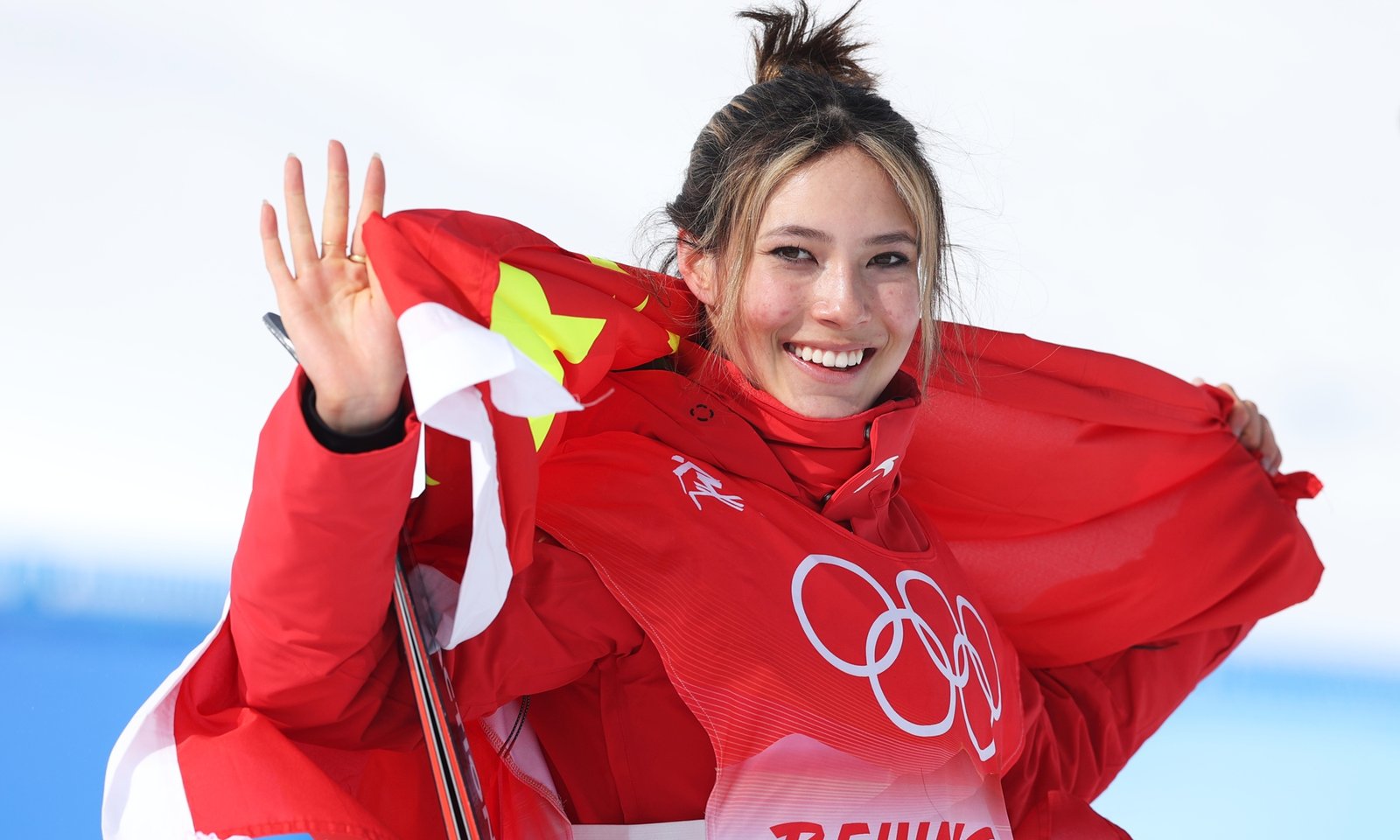 Eileen Gu, an 18-year-old Chinese-American-born, Winter Olympics Medalist has faced criticism for choosing to compete for China other than the US.

Gu was born in San Francisco to a Chinese mother and an American father. She switched her sports allegiance from the United States to China in 2019. At the time, she stated:

“This is the opportunity to help inspire millions of young people where my mum was born.

As a result, many people were shocked when conservative pundits and social media users called Ms. Gu a “traitor” and “ungrateful”.

Portraying her as not quite an American because she chose to compete for China.

Implying that her identity had to be binary — Chinese or American, but not both.

WHY DID GU CHOOSE TO COMPETE FOR CHINA AND NOT US?

Ms. Gu has stated repeatedly that she chose skiing to serve as a role model for female athletes in China.

As well as to raise the profile of the sport in a country where it is still relatively unknown.

Questions about her citizenship have been raised several times since the beginning of the year.

China does not recognize dual nationals, and Gu must be a Chinese citizen to compete for the country, according to Rule 41 of the Olympic Charter.

And if that’s the case, analysts say she won’t be able to keep her US passport at the same time.

Her citizenship status will remain a sticking point.

Gu has been widely criticized due to the perception that she is “selling out.”

In public, Gu has always avoided the question of her citizenship.

In response to a question from the Guardian about her critics, she said:

“I’m not going to waste my time trying to placate people who are uneducated and don’t experience the gratitude and love I have daily.

Former US ambassador to the United Nations Nikki Haley is one of Gu’s many critics.

She hasn’t been shy about expressing her displeasure with the 18-year-old.

Haley, the first female governor of South Carolina, admitted that she has not watched the 2022 Olympics.

She accused Gu of “standing for human rights abuses”. In an interview with RealClearPolitics, “In terms of the citizenship, look, China or the U.S.? You have got to pick aside. Period,” Haley said.

“You’ve got to pick a side, because you’re either American or you’re Chinese, and they are two very different countries.”

But Ms. Gu once said “Am an American when in America and Chinese when in China”

Haley believes that the serious human rights allegations leveled against China should have been enough to persuade any athlete not to wear the Chinese flag at the Games.

“I can’t get the images out of my head of people on their knees, blindfolded, knowing what’s about to happen to them,” Haley explained.

“I can’t imagine it any way supporting that or propping up China.”

However, Gu is a national symbol in China and the face of nearly a dozen brands and products including;

China Mobile, Bank of China, Tiffany & Co, and the American brand Victoria’s Secret have big ambitions in the consumer market. She’s also a popular topic on the Chinese social media platform Weibo, with fans dubbing her an “ice-snow female goddess.”

Ms. Gu has made it clear that she does not want to talk about politics in China.

Telling The New York Times in a previous interview that she does not want to be “divisive” and that her mission is “all about inclusivity.”

During the 2022 Winter Olympics, Gu won three medals, including gold in the women’s halfpipe and big air competitions.

Her victorious Games made her the first ‘action sports’ athlete to win three medals in a single Olympics (freestyle skiing or snowboarding).

She intends to continue her freestyle skiing career while attending Stanford University next year.