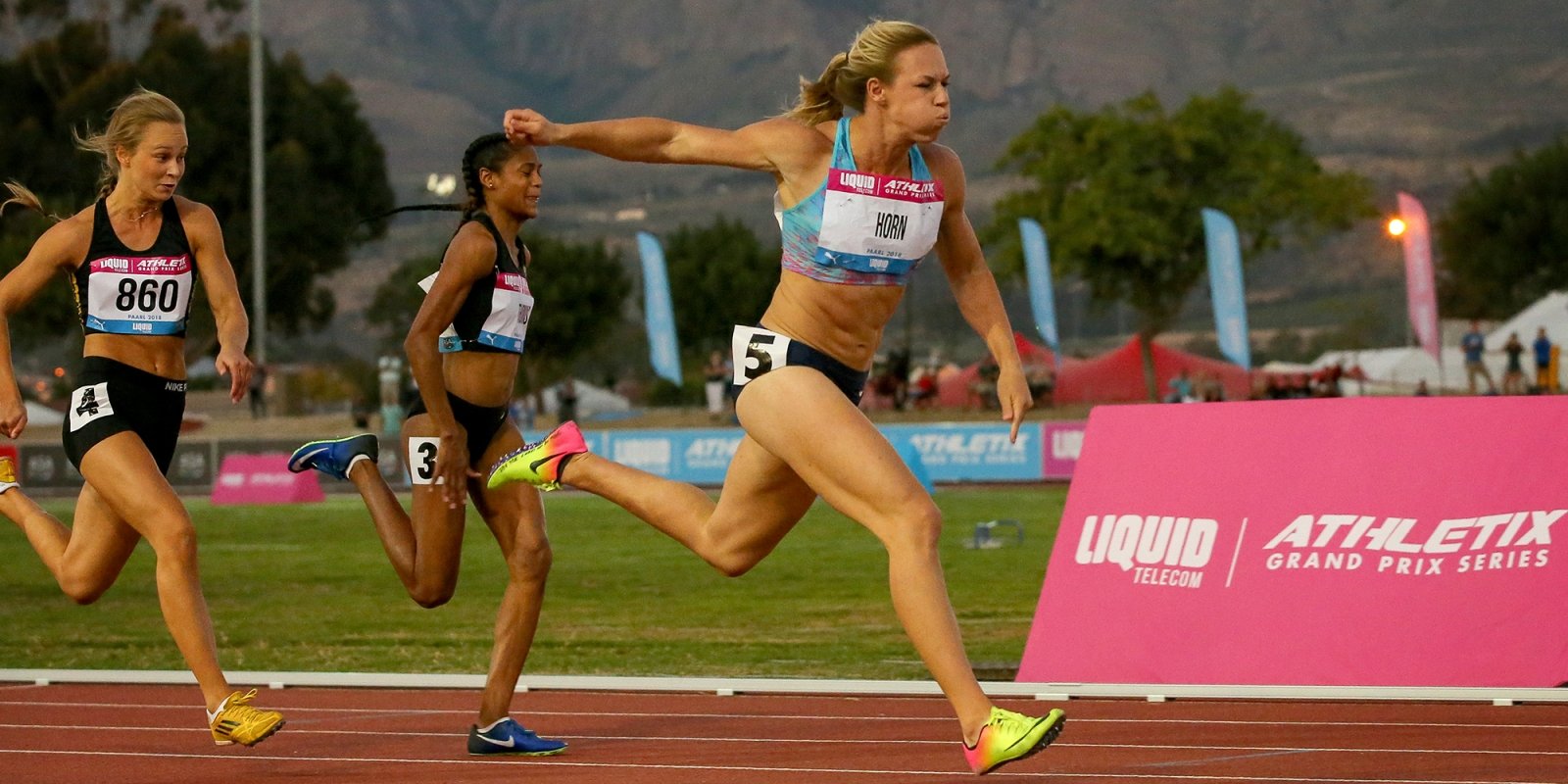 South African female sprinter Carina Horn dreads memories of September 2019 when she was suspended provisionally after testing positive for a banned substance.

Ibutamoren and LGD-4033, an anabolic agent, were found in her system according to the Athletics integrity Unit of the IAAF.

Horn couldn’t believe that all this was happening. Horn flirted with the idea of taking away her life. Her indictment moments later that handed her a two-year ban quickly plunged her into depression.

The 100 meters champion thought about getting in the car, high as a kite, and driving at 200 kph.

Life became hard for her to the point she couldn’t train even for a minute yet most of her life revolves around training. It is at times like those that she battled suicidal depression.

“I don’t know how to explain depression because basically your whole life has been taken away from you and you’re in a blur and don’t know what to do,” she tells DM168.

But, how did she end up here? 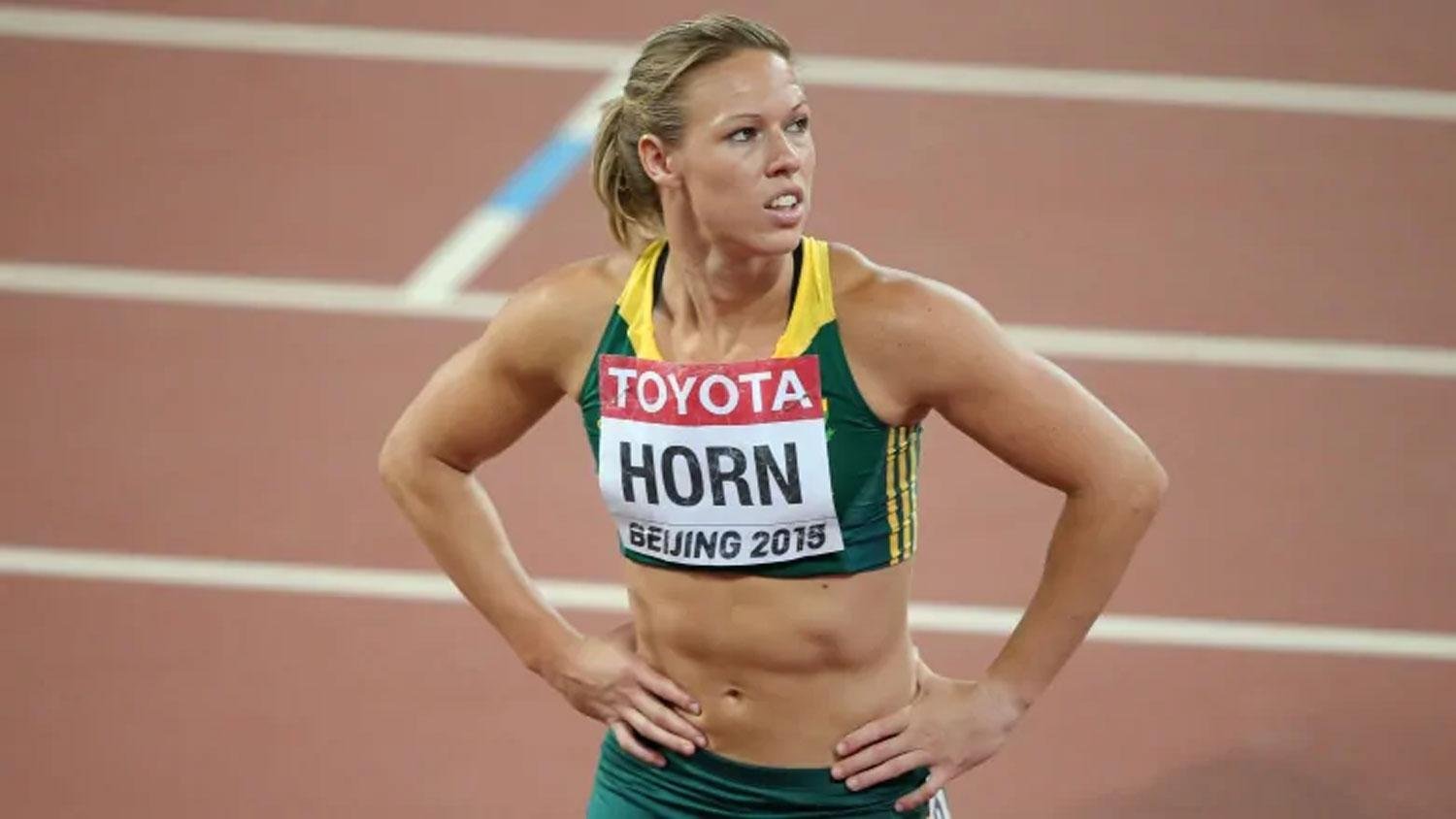 WHY DID CORINA HORN DOPE?

Firstly, Horn defends herself over doping claims citing that she took supplements without knowing they contained the banned substances.

Her only transgression was to get sucked into the multi-billion dollar sports supplement industry that promises so much but has the potential to wreck careers.

As a result of visa complications, Horn had been forced to fly immediately to South Africa from competition in Switzerland without her regular armament of trusted supplements — legal dietary products that help physical performance.

She bought some over-the-counter supplements in South Africa in an attempt to maximize her athletic potential while staying within the bounds of legality.

The stunningly called Mutant Madness was one of those. When it was discovered that two of those were tainted with illegal chemicals, Horn’s world was turned upside down.

She vehemently tried to clear her name, but still got a two-year ban which locks her out of some state-of-the-art training facilities back home.

Yet, Horn is the only South African woman to run the short sprint in sub 11 seconds and registered a national record of 10.98 seconds.

HOW DOES CARINA HORN FEEL ABOUT THE HER DOPING BAN?

Horn claims that was “proved innocent” because her team connected the forbidden drugs to the pre-and post-workout pills.

“Luckily for me I proved (to the AIU agents) that I’d had a chat on Instagram with the one guy who is the CEO of the one (supplements) company and he reassured me that it was okay for athletes, as it had been tested professionally,” Horn tells Daily Maverick. 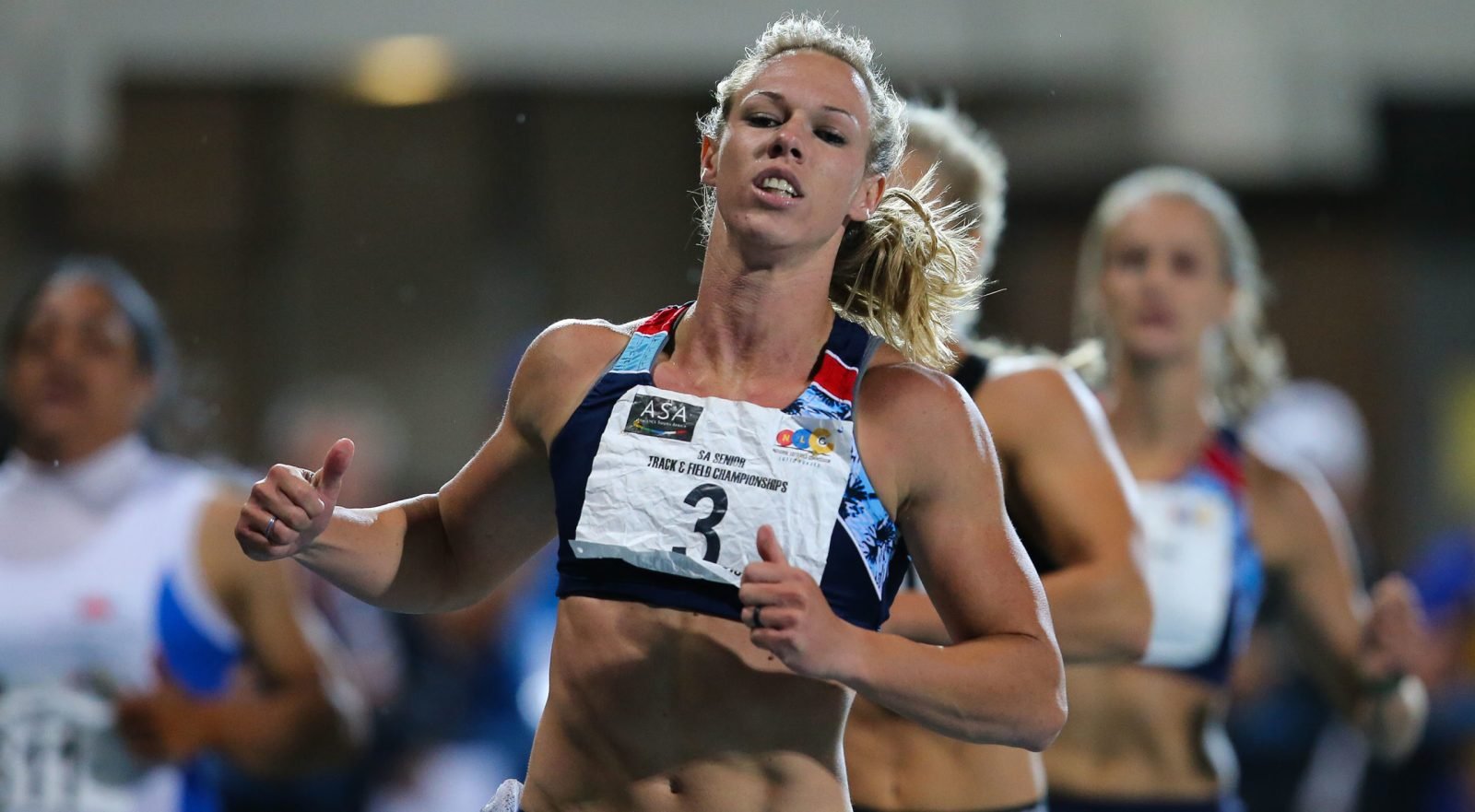 “That (the fact that the CEO appears to have misled her) is something I’ll have to handle (legally) afterwards because it’s cost me almost two years of my career, but for now I have to make sure that I do get my career back.

Horn advises athletes to always research extensively before buying or taking any supplement because they are the people who shoulder the consequences.

However, she admits that it is an onerous task proving you are taking a genuine supplement ‘unless you send it to the lab.’

There would be too much time involved in getting the supplement approved for use. Horn, for example, claims to take sleeping drugs to treat her chronic sleeplessness, a practice she has to cut back on from time to time.

To assist her to get through more than five hours of training without a night of sleep, she takes a pre-workout supplement loaded with caffeine.

Sadly, she said in an interview last year that she was done with athletics because it was up to other people to decide whether or not she stays.

WHAT DOES RESEARCH SAY ABOUT SUPPLEMENTS FOR ATHLETES?

Olympic-funded research indicates that 14.8 per cent of supplements from 13 Western countries were found to be tainted with illegal ingredients.

Anti-doping organizations warn against supplement use, and athletes being totally accountable for everything in their bodies. But, it is practically unheard of for an international-level athlete to go a day without taking a supplement.

Acknowledging the futility of discouraging sportspeople from using nutritional supplements, authorities recommend that they seek the assistance of organizations like Informed Sport.

Informed Sport helps guarantee that supplements are batch-tested and accredited. It is a lesson that British athletes are frequently reminded of, notably in a 45-minute required workshop prior to the Summer Olympics.

Despite $1.3m wealth, Daniel Kipchirchir Komen lives in poverty thanks to his lawyer
Olympian Bronze Medalist Bradshaw to make her comeback at Muller Birmingham Diamond League