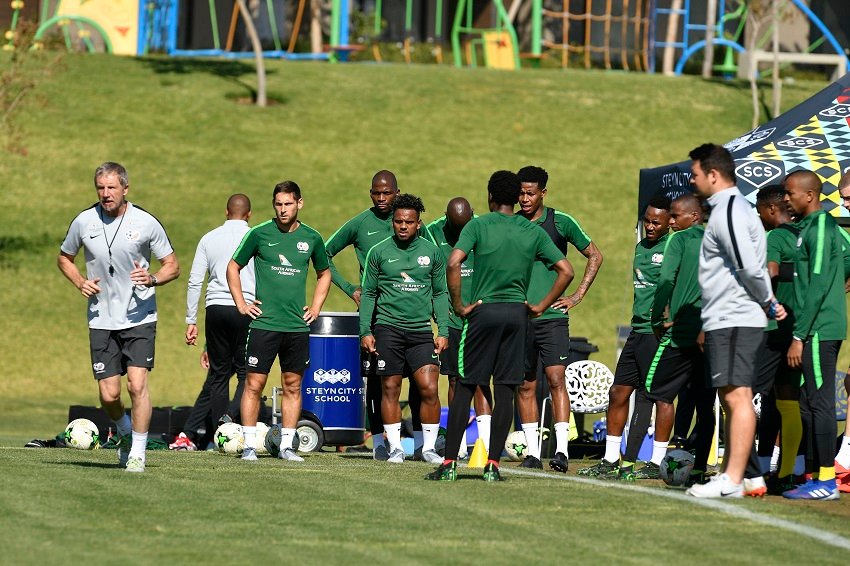 SA coach Stuart Baxter is under no illusion as to the enormity of the task that awaits his Bafana Bafana squad at the 2019 edition of the Africa Cup of Nations, but there is nevertheless a quiet air of confidence in the camp.

The biennial tournament is scheduled to kick off in Egypt on Friday, with the South African national football squad set to play its opening game against the Ivory Coast on Monday, June 24.

The South Africans have been drawn in Group D, alongside the Ivory Coast, Morocco, and Namibia.

Baxter and his squad finished off their preparations in Dubai at the weekend and arrived in Cairo on Tuesday morning. With a week to go before the opening match, the coach still has some time to assess his options and tweak his thinking ahead of what should be a tough opener against a top-class Ivorian team.

At the weekend, Bafana played a friendly against Ghana in Dubai, which ended in a goalless draw. Baxter allowed himself an opportunity to have a look at all the players in the squad by fielding two separate teams in each half.

Bafana have a final warm-up match scheduled – against Angola – and it takes place in Cairo on Wednesday, June 19. The game is an opportunity for Baxter to run the rule over the players for one last time before making the decision on who takes the field for the all-important Afcon opener next week.

“In the friendly against Ghana at the weekend, I think we managed to achieve what we set out to do,” said Baxter. “We rotated the team, gave everybody an opportunity, so it was a good exercise. This Bafana team is under construction and has shown many encouraging signs over the last few months.”

Baxter was, however, quick to stress that any talk about Bafana being favourites for the 2019 Afcon tournament was stretching things a bit. He acknowledged that there were many great teams at the event and, while Bafana had as good a chance as any other team, expectations should be realistic rather exaggerated.

“There are countries such as Egypt, Ghana, Cameroon, Nigeria and Ivory Coast,” said the Bafana coach. “Because of this, it is vital that we keep improving and make sure that we play with confidence.”

Baxter’s attitude is very simple: if Bafana have no fear, play to their potential, and put together a winning run early on in the competition, then anything is possible. With players like Percy Tau and Lebo Mothiba in the attack, the South Africans certainly have the quality.

Now, as they build up to that crucial opening fixture against the Ivory Coast next week, it’s critical that they go out and do the business.