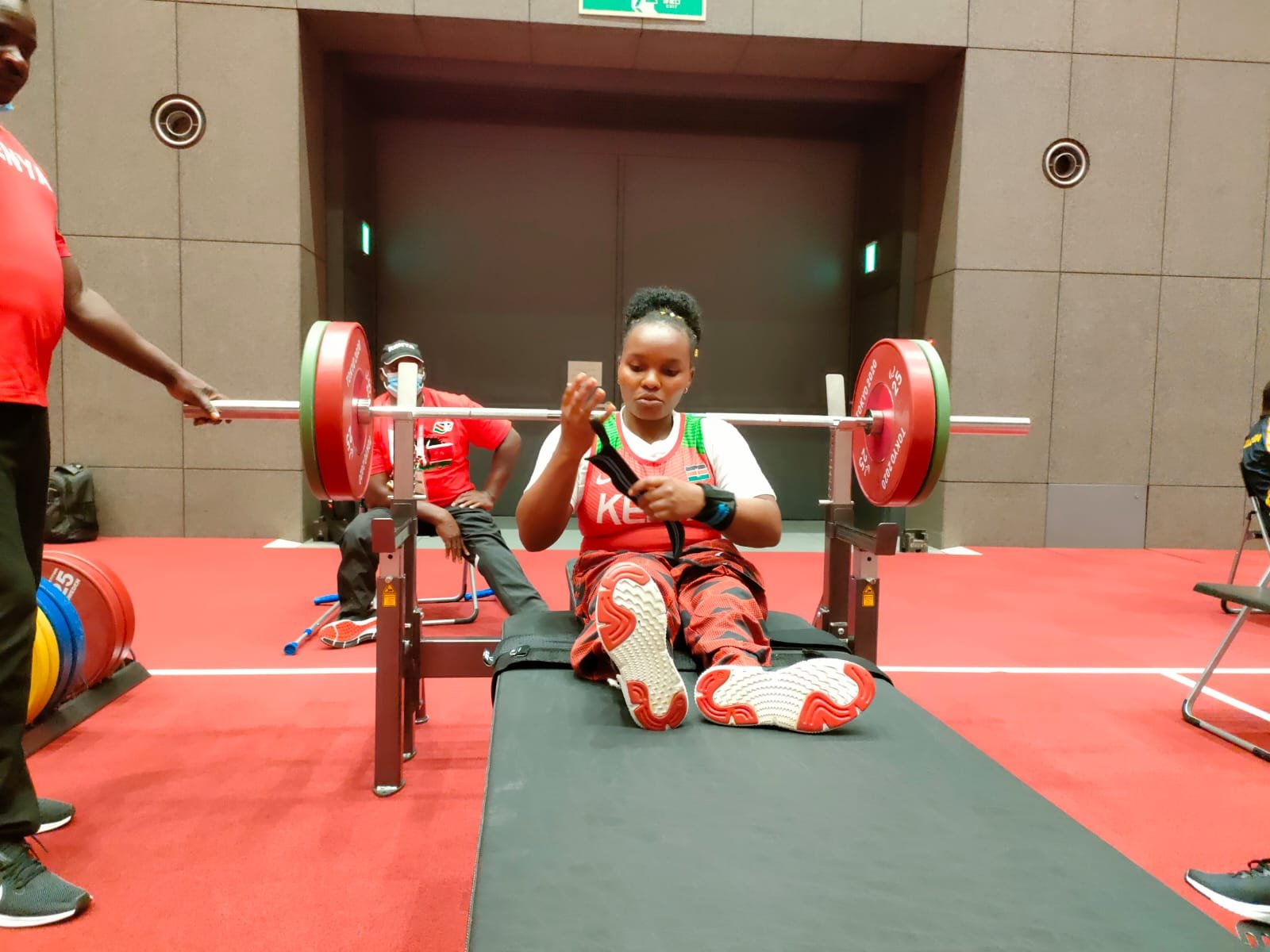 Paralympians Hellen Wawira and Nancy Chelangat headline the initial list of nominees for the Sportswoman Living with Disability Award at this year’s Sports Personality of the Year Awards which will be staged in Nairobi.

Chelagat with an apparent insatiable appetite for success in 2022, maintained her dogged campaign to clinch gold in the T11 400m race in 1.04.25 seconds guided by her brother Geoffrey Rotich during the 2022 World Para athletics grand prix and 13th Fazza International Championship in Dubai.

Her peer in the world of Para-lifting, Wawira, after winning a bronze medal at the Commonwealth Games in Birmingham, also continues to wield a strong case for the Sportswoman Living with a Disability award.

Gold at the World Paralifting Championships

Wawira who won a gold medal in the world para powerlifting championship in St. Louis, USA with a scintillating lift of 98kg, proceeded to the Commonwealth games in Birmingham where she racked up the bronze medal in the women’s lightweight competition with a best lift of 97kg.

Also, in the nomination list looking to win the coveted award, are the Deaflympics athletics trio of Beryl Wamira, Linnet Nanjala and Serah Wangari.

Wamira clinched silver in the 4x400m Relay and 4x400m mixed Relay at the Caxias Do Sul Deaflympics and settled for bronze in the 4x100m Relay and 200m at the same event.

Nanjala chalked up a silver medal in the 4x400m Relay and 4x400m mixed Relay in Caxius Do Sul.

Wangari, on the other hand, took the 10,000m silver in Brazil opening Kenya’s medal account before clinching bronze in Steeplechase.

Meanwhile, deaf amateur golfer, Isaac Makokha is among the nine nominees for the male award.

Makhoha has savoured a brilliant year that will remain etched on his memory forever. The Vet Lab Sports Club player made history by winning Kenya’s first ever golf medal at the Summer Deaflympics Games in Brazil in May.

He bagged bronze after edging German Guldan Nico in a thrilling third-place play-off at the Caxias Golf Club.

Makhoha has also had seven top 10 finishes in key local events in the last 12 months, the prestigious Kabete Open being one of them, where he finished fourth overall.

Star athlete Wilson Bii has also made the shortlist after winning a gold medal in the T11/12 1500m race in 4 minutes 22.62seconds.

Also, in the shortlist for the disability award is wheelchair Javelin star Wesley Sang who won a gold medal in the T46 1500m race in 4 minutes 06.48 seconds at the Dubai championship.

Wheelchair Javelin ace James Mangerere has also been nominated for bagging silver in F57 with a throw of 38.65m in Dubai.

Lucas Wandia served as the overall team Kenya captain at the 24th Deaflympics in Caxias Do Sul, Brazil, as he successfully defended the 3000m steeplechase title after clocking 9 minutes 29.27 seconds.

Sublime Simon Cherono Kibai racked up a Deaflympics double gold by defending the 5000m and 10,000m titles respectively. He still holds the world record holder of 10,000m going into the SOYA gala night.

Elikana Kiprop Rono has also made the coveted list after he won the 800m gold at the 2022 Deaflympic championships where the Kenya team was lauded for a stellar performance in the meet.