Which NBA player has the most tattoos? 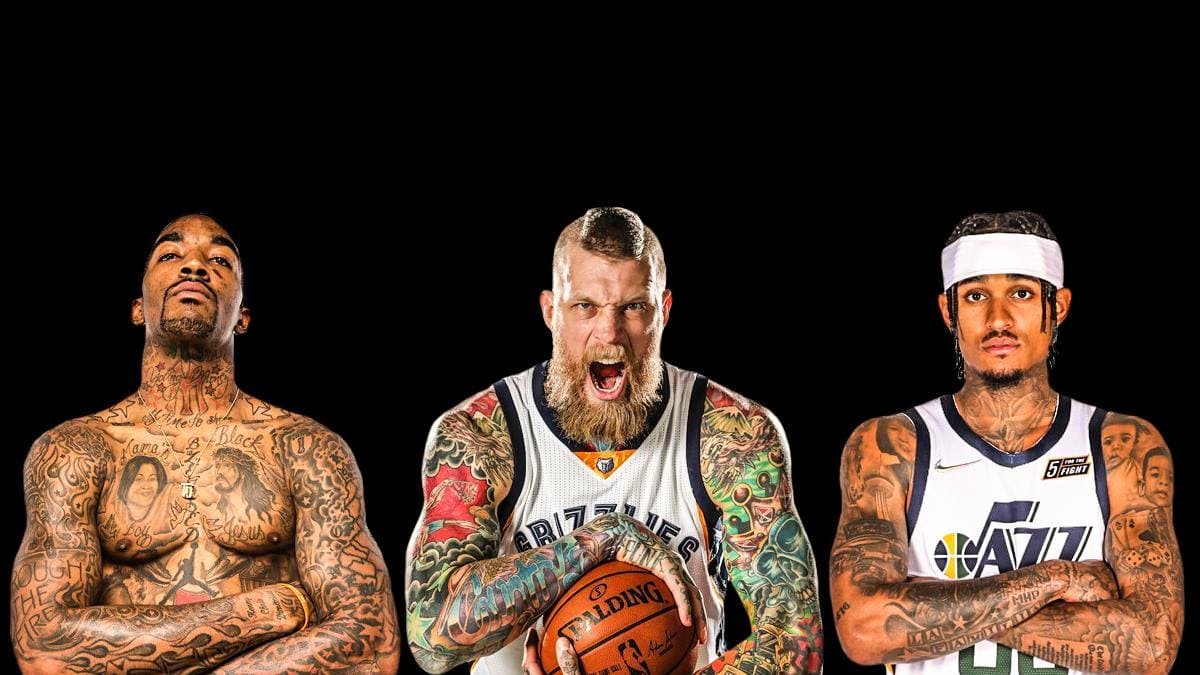 Which NBA player has the most tattoos? Photo/ Fadeaway World.

Some of the most tattooed NBA players include Chris Anderson, Andrea Kirilenko, Monta Ellis and the legendary Kobe Bryant.

Tattoo fashion got promoted in the NBA by Allen Iverson and Dennis Rodman. As of 2022, nearly 70% of the players in the NBA have tattoos, according to Sporty Tell.

Tattoos allow NBA players to express themselves inside and outside the playing court. These tattoos tell a personal story, from arm sleeves to Chinese symbols, tribal inks, portraits, nicknames or motivational phrases.

Here, we will list the most tattooed NBA players.

Chris Andersen is definitely the most tattooed NBA player of all time. The American international has tattoos covering 75% of his body.

Anything you can think of is etched in Birdman’s body – skulls, swords, stars, numbers, phoenix wings, birds, dice, crosses and even Chinese symbols.

The most notable tattoo on Chris Andersen’s body is his eye-catching mohawk hairstyle with two skulls at the back of his head. The 44-year-old is now playing in the Big3 league for Power.

J R Smith got his first tattoo when he was 15 years old. He has since become one of the most tattooed NBA players of all time.

During an interview with The New York Times in 2012, Smith lost count of the number of tattoos on his body.

The 37-year-old played for the New Orleans Hornets, Denver Nuggets, New York Knicks, Cleveland Cavaliers and the Los Angeles Lakers in the NBA. Kevin Durant kept his tattoos hidden for a long time. He has tattoos on his chest, back, legs and abdomen, speaking messages about his religion, family, gratitude and respect.

Since Durant identified himself with Tupac Shakur’s mindset and beliefs, he has the singer’s portrait etched on his left leg.

The tattoos that stand out on his body are the portrait of Jesus, an angel holding a basketball and the full James 1:2-4 psalm.

By the time Monta Ellis retired in 2017, he had spent 12 seasons in the NBA. Apart from being one of the best basketball players, Monta Ellis is one of the most tattooed NBA players.

The legend has used his body to showcase the deep love he has for his family and basketball. Ellis had a logo of the Golden State Warriors etched on his back as a homage.

Chandler has plenty of tattoos on his body.

Kenyon Martin has over 20 tattoos, including his son’s face, stars, a big cross, Chinese symbols and several texts.

Martin tattooed his girlfriend’s lips on his neck. He later turned it into a strange red and brown crown after the relationship came to an end.

DeShawn Stevenson has 34 tattoos covering his body. The tattoos include religious symbols, important names and portraits of his sons.

The legend played in the NBA for

Unlike the other players on our list, Andrei Kirilenko does not have numerous tattoos. He only has one tattoo, which is fully covering his back and represents a warrior riding on a dragon’s back. 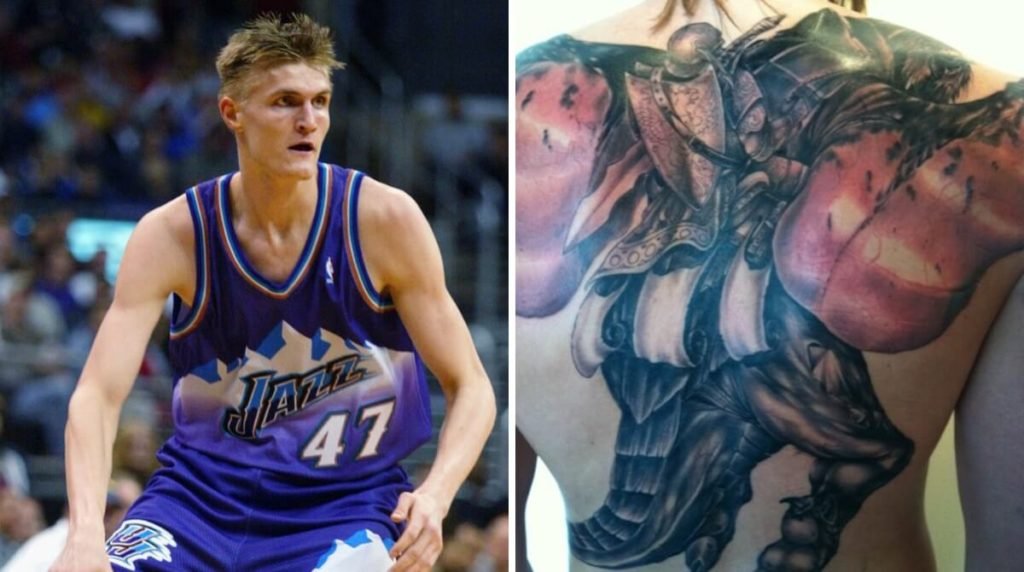 Kirilenko spent the majority of his playing days in the Russian League. In the NBA, he played for Utah Jazz, Minnesota Timberwolves and Brooklyn Nets.

Chris Bosh’s back is covered with tattoos representing an eagle, tree branches, musical notes and a lady clutching a skull.

Bryant tattooed his wife’s name on his right arm alongside a pair of angel wings and the words Psalm XXVII.