The Agassi-Sampras rivalry: All you need to know 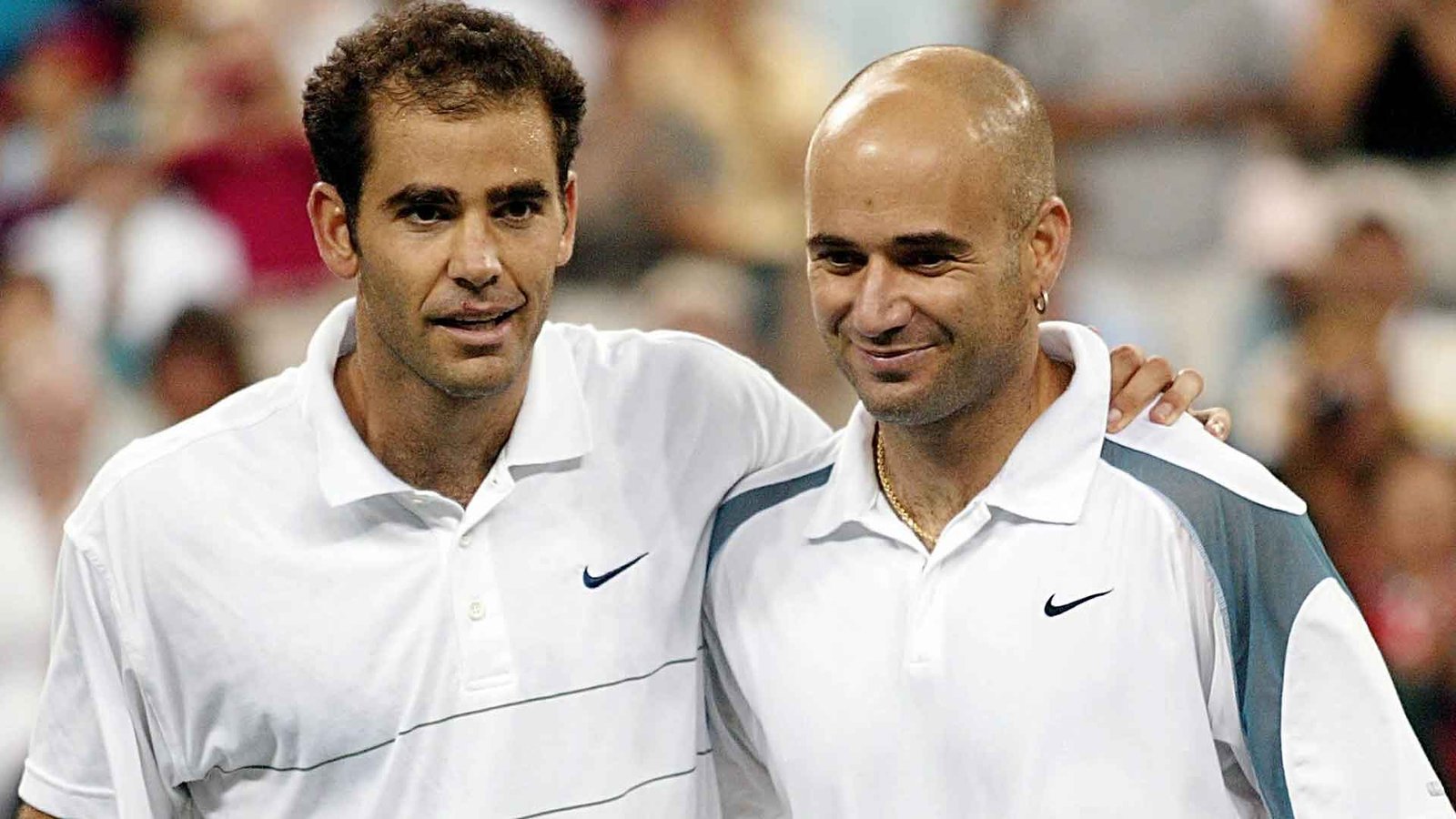 The Agassi-Sampras rivalry: All you need to know. Photo/ ATP Tour.

The Agassi-Sampras rivalry was between Andre Agassi and Pete Sampras. It has been named one of the greatest rivalries in tennis.

The rivalry was intense during the late 1990s and early 2000s when the two players were at their prime. Andre Agassi held the world’s top rankings for 101 weeks, while Pete Sampras was on top for a by-then-record 286 weeks.

Andre Agassi and his rival Pete Sampras played against each other 34 times. Agassi managed 14 wins, while Sampras recorded 20 wins during their clashes on the court.

The Agassi-Sampras rivalry was primarily based on the serve of Pete Sampras and the return of Andre Agassi. The two faced each other in 16 finals during their career days.

As mentioned above, Andre Agassi and Pete Sampras played against each other 34 times. They played in nine Grand Slam meetings; Sampras won six, while Agassi won three.

Andre Agassi and Pete Sampras first faced each other on clay at the Italian Open in 1989. Agassi won the match.

Pete Sampras won their only fixture played in 1991. Sampras and Agassi met two times in 1992, with the latter winning on both occasions.

The two legends played against each other four times in 1994. They met at Miami Open, ATP Osaka, Paris Open and ATP Tour World Championships. Agassi emerged victorious at Paris Open, while Sampras won the other three fixtures.

Pete Sampras won all their three fixtures played in 1996. In 1998, Andre Agassi won two of their meetings while Sampras won one.

They faced each other five times in 1999 – at Wimbledon, Los Angeles Open, Cincinnati Open, and ATP Tour World Championships (2). Pete Sampras won four out of the five fixtures.

The Agassi-Sampras rivalry continued in the early 2000s as they met six times between 2000 and 2002. Andre Agassi won the first three fixtures at Australia Open, India Wells Masters and Los Angeles Open.

Pete Sampras emerged as the winner in their last three fixtures played at US Open (2) and US Clay Court Championships.

Who Is The Goat? Agassi is one of the seven men to win the four major titles on all surfaces. He won the Australian Open four times, US Open twice, French Open and Wimbledon.

In a career that lasted more than 20 years, Andre Agassi recorded 870 wins and lost 274 times. Agassi was a runner-up in seven major tournaments.

Pete Sampras, on the other hand, won 34 out of his 64 title victories on hard court. The legend won Wimbledon seven times, US Open five times and the Australian Open twice.

His seven Wimbledon titles are a record in the Open Era, and his US Open titles are also a record tied with Jimmy Connors and Roger Federer.

The American international won 11 Super Nines, which includes the Cincinnati and Miami Open thrice each.

Pete Sampras had a great 1994 season as he won tournaments in all surfaces – indoor carpet, grass, clay and hardcourt.

The legend retired after recording 762 wins and 222 losses in a span of over 15 years. By the time Pete Sampras retired in 2003, he was deemed as the GOAT (Greatest of All Time).

Andre Agassi and Pete Sampras were extraordinary players. However, Sampras is better when the two are compared, considering all factors, such as achievements. 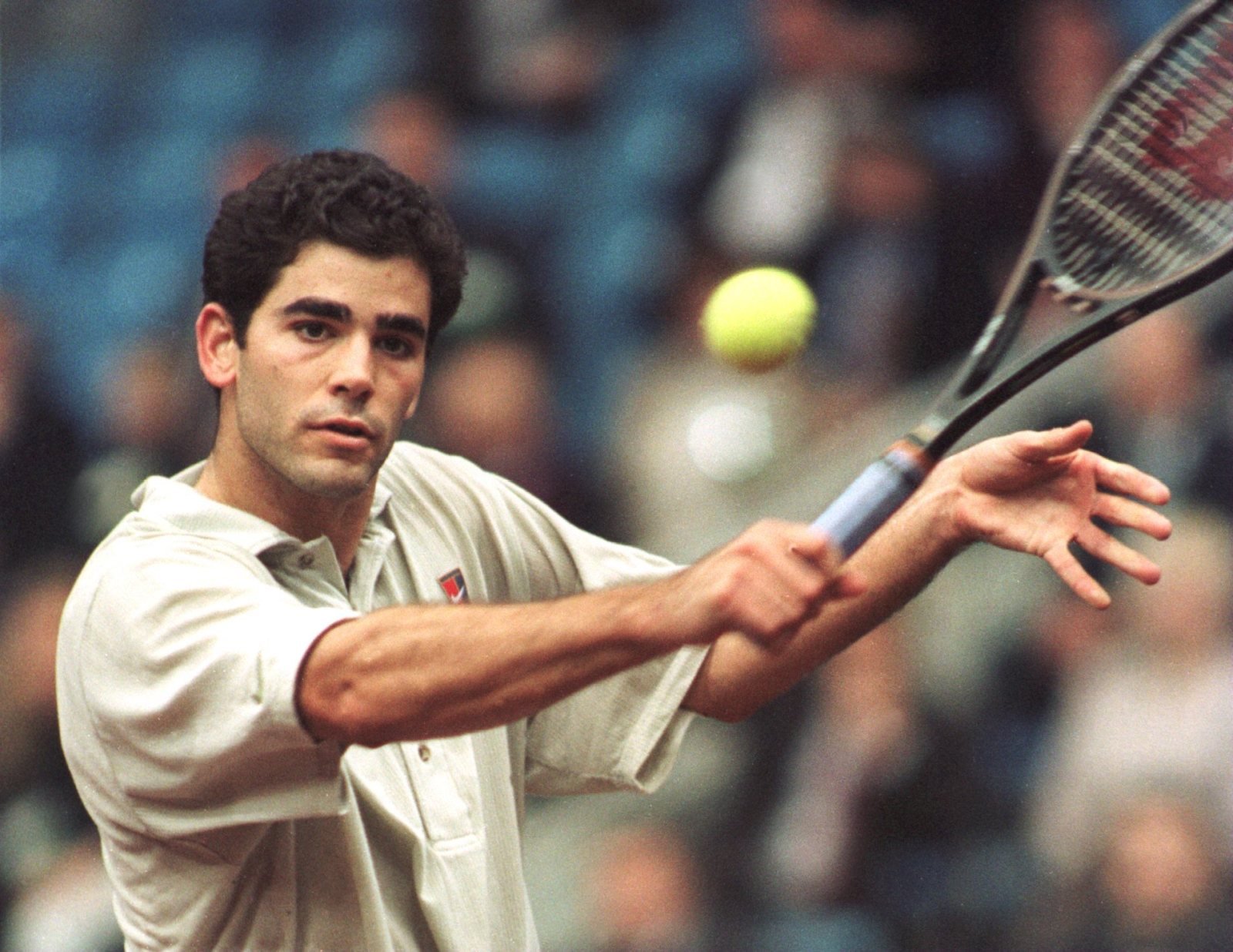