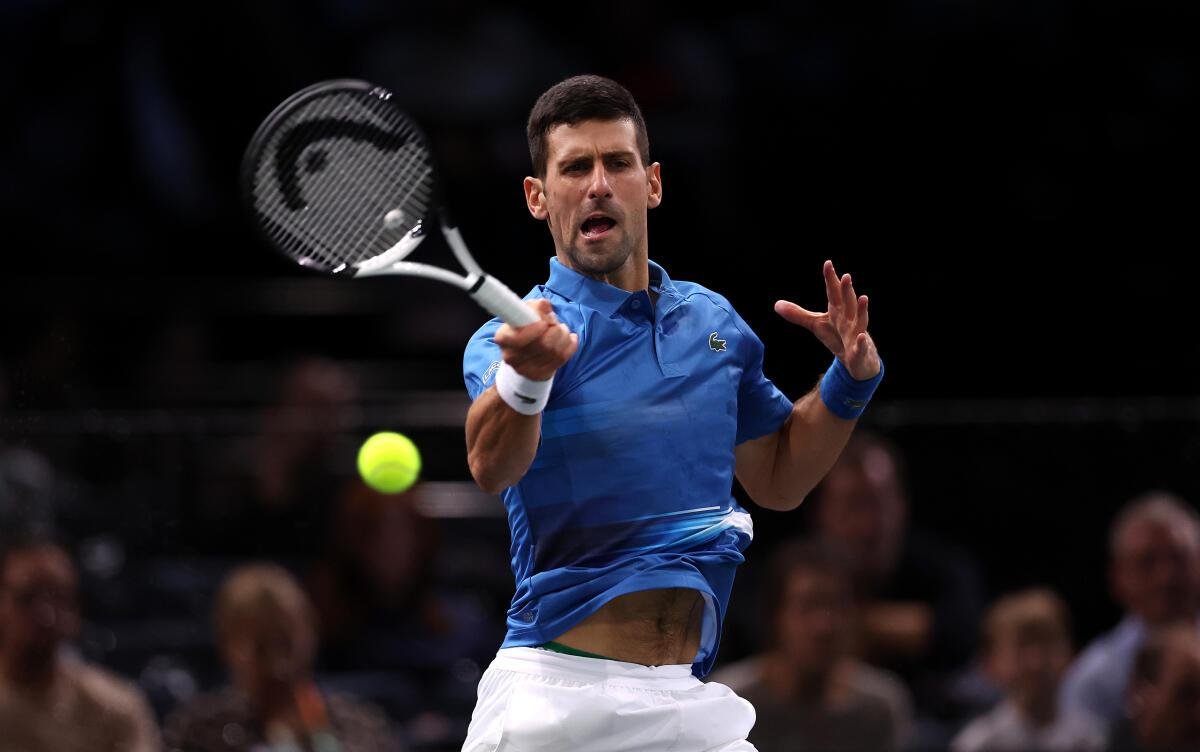 Novak Djokovic defeated Maxime Cressy 7-6 (1) 6-4 on Tuesday as he began his bid for a record-extending seventh title.

The Serbian international was ruthless on serve, recording a 92% first-serve success rate and 81% on the second. However, breaking Maxime Cressy was not an easy task.

Novak Djokovic dominated the tie-break in a hard-fought opening set, where neither player’s serve was broken. He used the only opportunity to go 5-4 up in the second set before serving with ease.

Maxime Cressy produced a spirited fight on Court Central despite losing the match in the end. He produced 36 winners to Djokovic’s 19, but what let him down was the 22 unforced errors compared to Djokovic’s five.

Djokovic won 48 of his 54 points on serve to record his tenth in a row on the ATP tour. He will next face Karen Khachanov in his next match at the Paris Masters.

Speaking after his victory, Novak Djokovic described the game as an intense one as he had no much time to relax.

“It was very intense, just a lot of pressure. When you play someone that serves this well – first and second serve – you don’t have much room to relax and maybe play a ‘softer’ few games. A break came at the right time, perfect time actually. I was very pleased with the way I held my serve; didn’t face a break point.” Novak Djokovic said, as per BBC.

The 32-year-old defeated American Brandon Nakashima 6-3, 3-6, 6-4 to proceed to the second round. Evans started by breaking Nakashima’s serve in the third game, who made more errors from the baseline.

Evans won the first set but was unsuccessful in the second as his opponent broke in the third and ninth games.

The British number two took control of the deciding set as he broke for a 3-2 lead before seeing off a break point at 4-3. He produced an all-round performance to see to it that he emerged as the winner.

Dan Evans will face Greek fifth seed Stefanos Tsiptsipas in the next round. Elsewhere, Jack Draper recorded a 6-3 6-4 win over Arthur Rinderknech to secure a position in the last 32 of the Paris Masters.

The 20-year-old once again showed why he is considered one of the best young players as he dominated his opponent.

Jack Draper, who already has a slot in the upcoming NextGen ATP finals, will face American Frances Tiafoe in the next round.