Bouldy, Ian Duncan to warm up for Mini-Classic with Guru Nanak 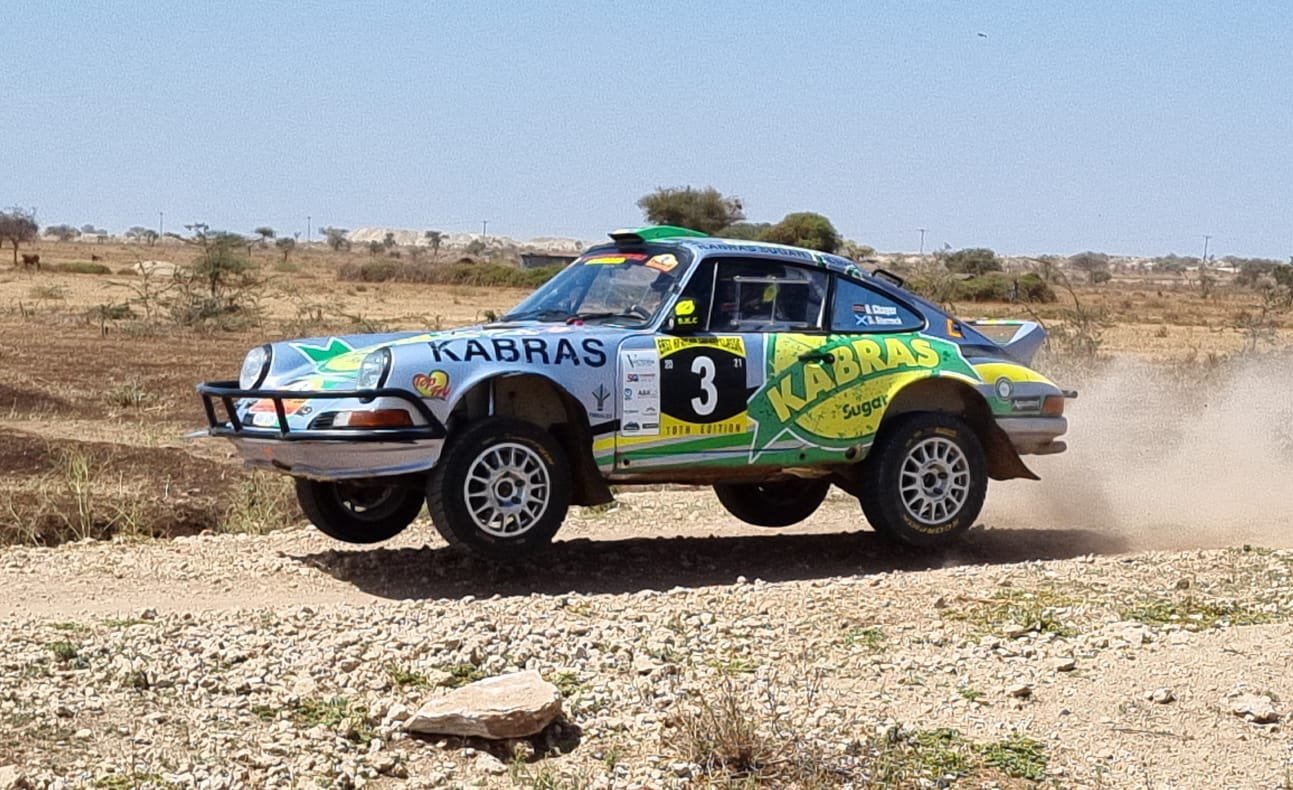 Rally legends Baldev Singh Chager and Ian Duncan are back in the saddle, with the multiple former Kenya National Rally champions set to use this Sunday’s SUC Guru Nanak Rally to test their cars for the forthcoming EASC Mini Classic Rally.

The Guru Nanak Rally will start at the Voi Wildlife Lodge and finish at Teita Estates covering a total distance of approximately 230km.

Sunday’s event will be Duncan’s fourth of the 2022 season after February’s EASCR in a Rover SD1 Vitesse, April’s ARC Equator Rally in a Nissan 240RS and Nanyuki Rally 2022 where he piloted a Datsun 240Z.

Duncan, who is the all-time record winner of the Guru Nanak with 12 wins, will this weekend be navigated by Jaspal Matharu in a Nissan Datsun .

He will take on Chager in the tussle for KNRC Classic Car Class points.

Chager, who is Guru Nanak’s defending champion revealed that his entry into the event is purely to get some seat time and give his Porsche 911 some testing for the Mini Classic Rally coming up from December  9th to 11th.

The last time Chager drove this car was during the East Africa Safari Classic Rally last February when he swept the ground with all his opponents to emerge the victor.

“Since the Porsche 911 had a major strip and rebuild, we will take the opportunity to get back to the driving seat and test the car and components to ensure everything is in order for the Mini Classic event,” said Chager ahead of the event.

“It has definitely been a while since we drove competitively -and for sure- the driving will be a little rusty but that’s the reason we have planned to do the Guru Nanak Rally so when we are on the start line of the MiniClassic we should have dusted off the cobwebs and be comfortable behind the wheel,” Chager explained.

The “Flying Singh” also believes Guru Nanak will be a good opportunity to get used to being in the same car with his new navigator Gareth Dawe.

“Though we did the Zero Car in the WRC together with Dawe, Guru Nanak now offers us different roles. All in all, I am super excited to be back in a rally car as its something I have missed a lot through the year,” Chager narrated.

Sikh Union Club (SUC) led by Event Director Dali Kalsi and Clerk of the Course Onkar Kalsi will organize the event in Voi.

Traditionally, the Guru Nanak has traversed terrains adjacent to Nairobi but this year, SUC are offering competitors a completely new experience in the vast Taita Taveta county.

Crew in Voi will this weekend tackle a competitive run totaling 17km; of which 70.91km will count a liaison distance.

Four stages will be repeated to make a competitive run of eight stages.

The repeat run of the Charcoal Stage (21.30km) will serve as the Power Stage where the  fastest three drivers will earn additional 3-2-1 points in the championship.

Guru Nanak will count towards the ninth and last round of the KNRC.