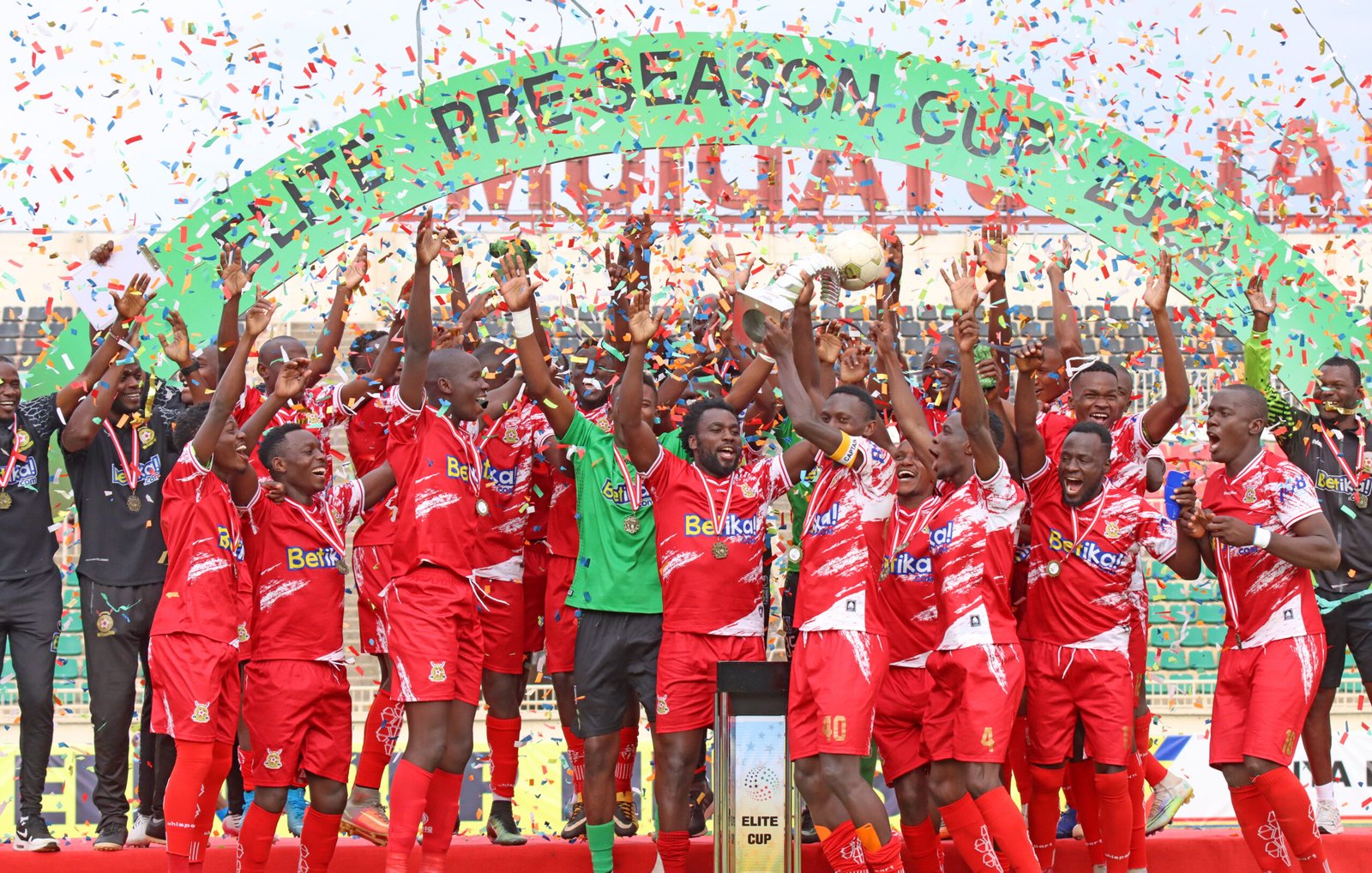 Kenya Police FC were crowned champions of the Elite Pre-Season tournament after edging out Nairobi City Stars 2-0 in the final at the Nyayo National Stadium on Saturday afternoon.

David Simiyu and Marvin Nabwire scored in the second half to give Police the victory, which came with a trophy and a cash reward of Sh500,000.

“We really had a good game today. We played so well in both halves and controlled the game. I was very much impressed with Eric Juma who came on in the second half and really calmed things down and had a super assist for the first goal,” said Police FC head coach Sammy Omollo.

He added; “Now this is the motivation we need for the new season and I am not only impressed with the victory and the Cup, but also how we have played throughout the tournament.”

After a cagy start, City Stars had the first real chance at goal in the 14th minute when Peter Opiyo picked out Samuel Kapen with a brilliant pass down the right. The winger dribbled into the box but his shot was well saved by Job Ochieng.

Police with their first chance 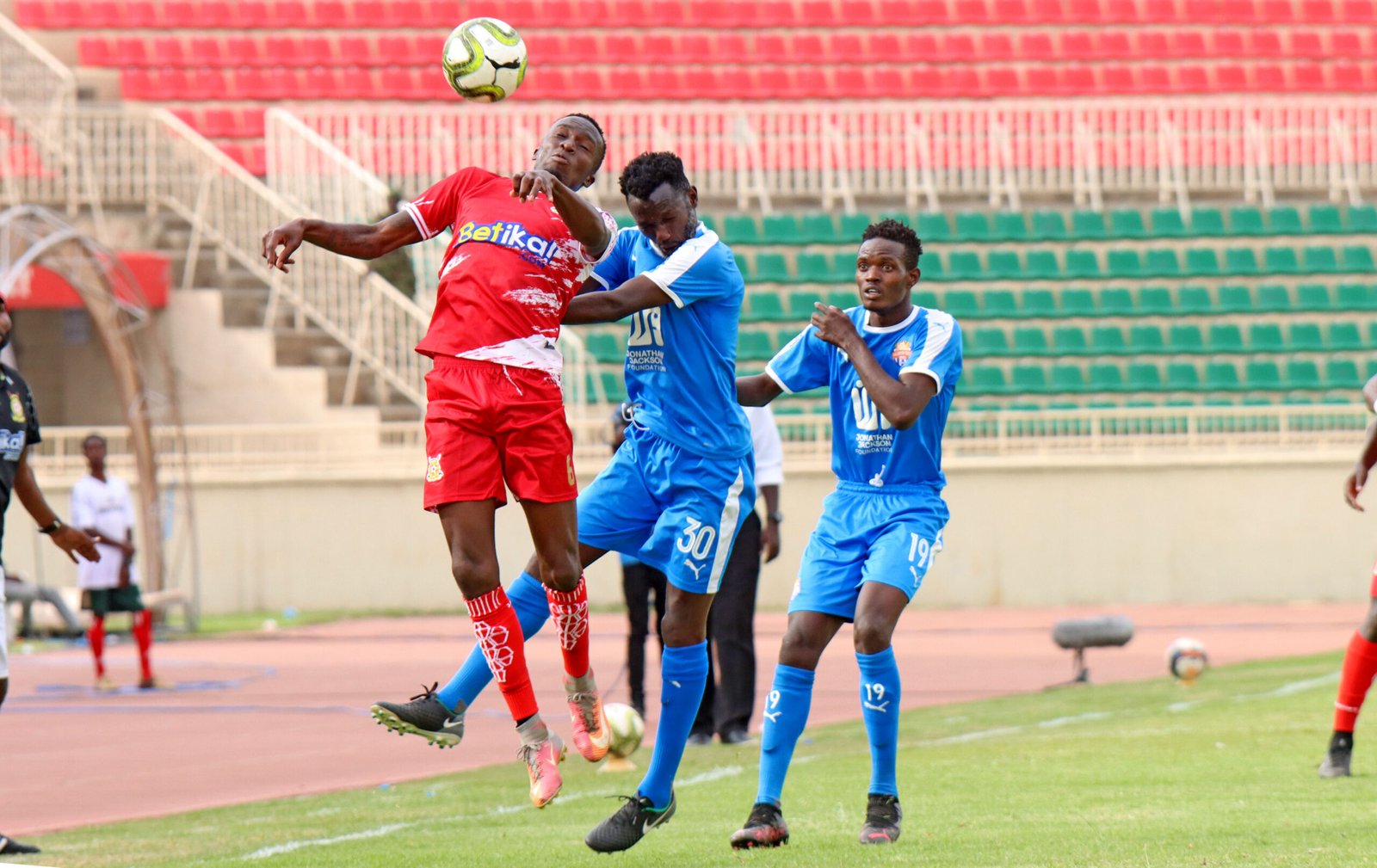 Police had their first chance four minutes later when Reagan Otieno lifted the ball to Simiyu on the left, but his volley went wide.

With Police dominating the midfield, City Stars made a change after just 25 minutes, the experienced Anthony Kimani coming on for Newton Ochieng.

Police however should have broken into the lead in the 31st minute from the penalty spot after Francis Kahata was brought down by keeper Samuel Njung’e, but Duke Abuya saw his penalty crack under the crossbar.

Kahata could have given Police a goal seven minutes to the break when he picked the ball at the edge of the box, curled it in but a slight deflection on a defender took it off target. 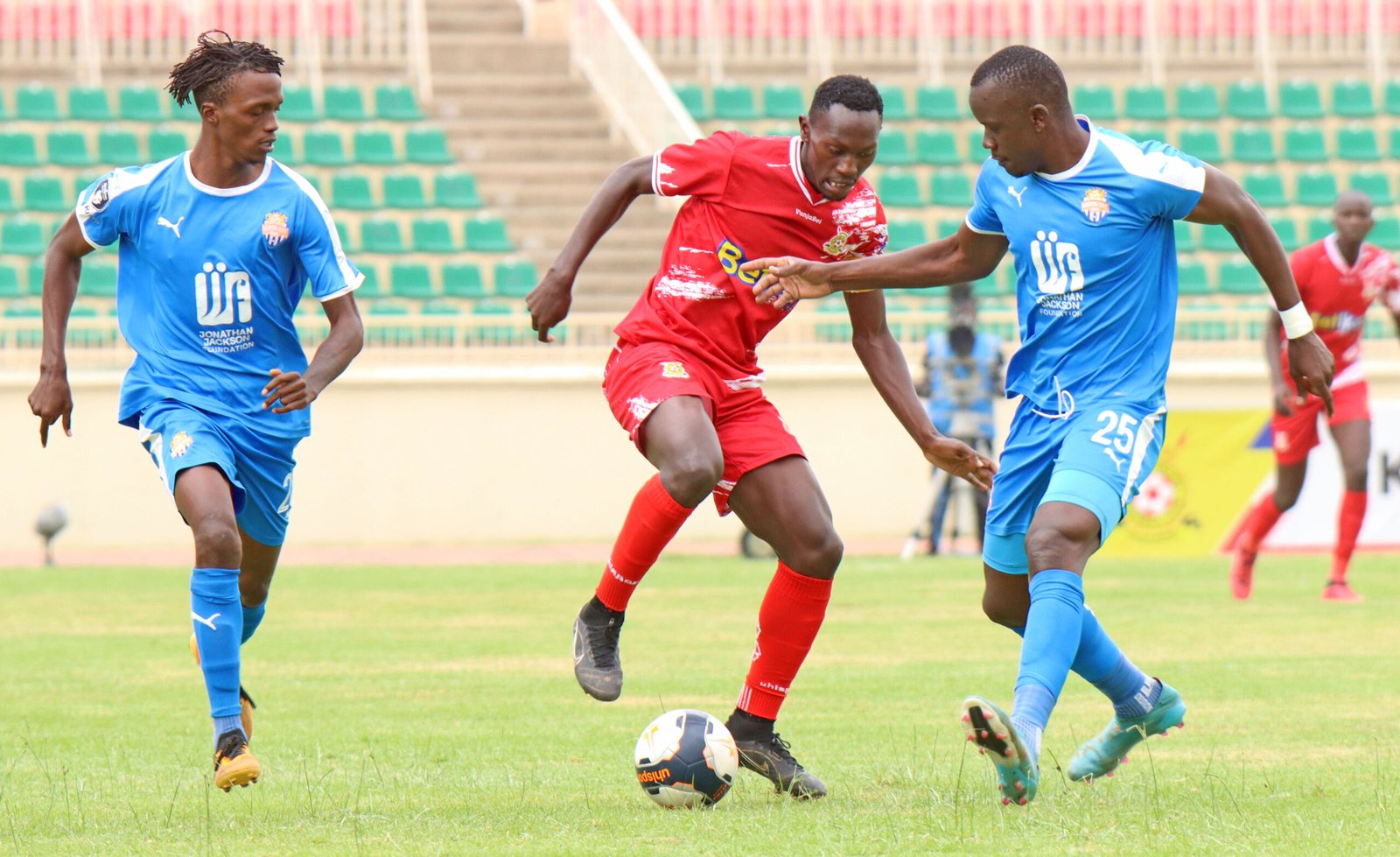 In the second half, it was City Stars who were faster off the blocks and had chances to score, pinning Police in their own half. A sweeping move from Nicholas Muyoti’s men saw Oliver Maloba, who had just come off the bench take a shot at goal but the effort was parried away.

They camped at the edge of the 18-yard box and another move saw Peter Opiyo find shooting space but it is from his blocked attempt that Police scored the opener.

They were off on the counter, Eric Juma laying off the ball to David Simiyu on a platter, the latter doing the easiest of tasks to guide the ball under the keeper’s arms.

The goal gave Police confidence and deflated City Stars. They took full advantage and less than 10 minutes later, the impressive Marvin Nabwire doubled their lead with a well taken low shot from the edge of the area.

With a mountain to climb and less than a quarter of an hour left, City Stars had their fight punctured, and Police held on for the win.