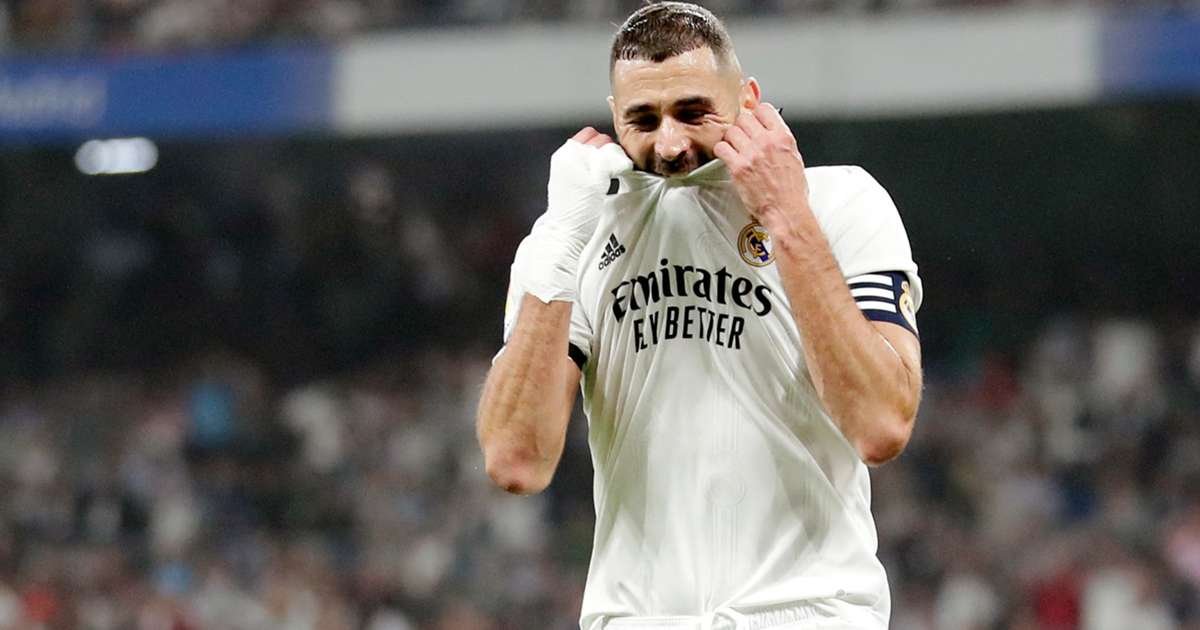 Real Madrid saw their perfect start in LaLiga derailed by 10-man Osasuna on Sunday, as star forward Karim Benzema missed a late penalty on his return from injury in a controversial 1-1 draw.

Courtois’ replacement Andriy Lunin was caught out by Kike Garcia’s header as Osasuna equalised shortly after the second half started, but the hosts were awarded a penalty when David Garcia pushed Benzema, earning himself a red card.

However, Benzema fired his spot-kick against the crossbar as Osasuna clung on, ending Madrid’s winning run and keeping them below Barcelona at the top of the table.

Osasuna gave a good fight during a frantic opening, twice going close through tricky winger Abde Ezzalzouli on the break.

Benzema almost opened the scoring in staggering fashion from Vinicius’ cross after 37 minutes, clipping the left-hand post with an acrobatic volley, but Madrid did not have to wait long for their opener.

Vinicius’ in-swinging cross evaded Benzema before nestling in the bottom-right corner after 41 minutes, with a VAR review awarding the goal after ruling Benzema was not interfering with play from an offside position. Osasuna needed just five minutes to level after the break, however, as Kike’s glancing header looped beyond Lunin to find the top-left corner, stunning the Bernabeu into silence.

Just as Madrid appeared to be running out of ideas, Garcia’s clumsy foul on Benzema saw the defender dismissed and handed the France striker the chance to win the match with 11 minutes remaining.

However, the Ballon d’Or hopeful stuck the bar with a poor effort before heading Rodrygo Goes’ stoppage-time cross wide as Osasuna held on.

Carlo Ancelotti’s team entered Sunday’s match as the only side in Europe’s top five leagues to boast a 100 per cent winning record this season, but they never truly convinced as Osasuna ended their perfect run.

The result means Madrid have fallen short of winning their first seven games of the season for just the fourth time in LaLiga history, and saw them surrender top spot to bitter rivals Barcelona.

Madrid coped well while Benzema was sidelined with a knee injury in September, but the France international had the chance to prove decisive on his return after being presented with a 79th-minute penalty.

However, Benzema fluffed his lines, not for the first time against Osasuna. Notably, he has been unsuccessful with three penalties against them in LaLiga this year, having had two spot-kicks saved by Herrera in April. 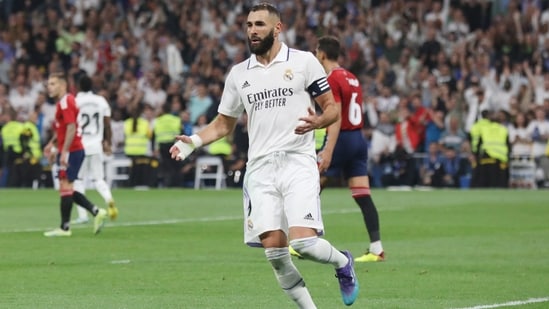 Osasuna approached this match having claimed 12 points from their first six matches of the season in LaLiga (winning four and losing two) – matching their start to the memorable 2005-06 campaign, when they went on to finish fourth.

The visitors held a genuine threat on the break throughout the first half, and it ultimately came as little surprise when Kike scored his second goal of the season to level the match shortly after the break.

Real Madrid will be in action in the midweek when they host Shakhtar Donetsk for a Champions League clash on Wednesday, while Osasuna are next in action when they host Valencia in LaLiga on Friday.