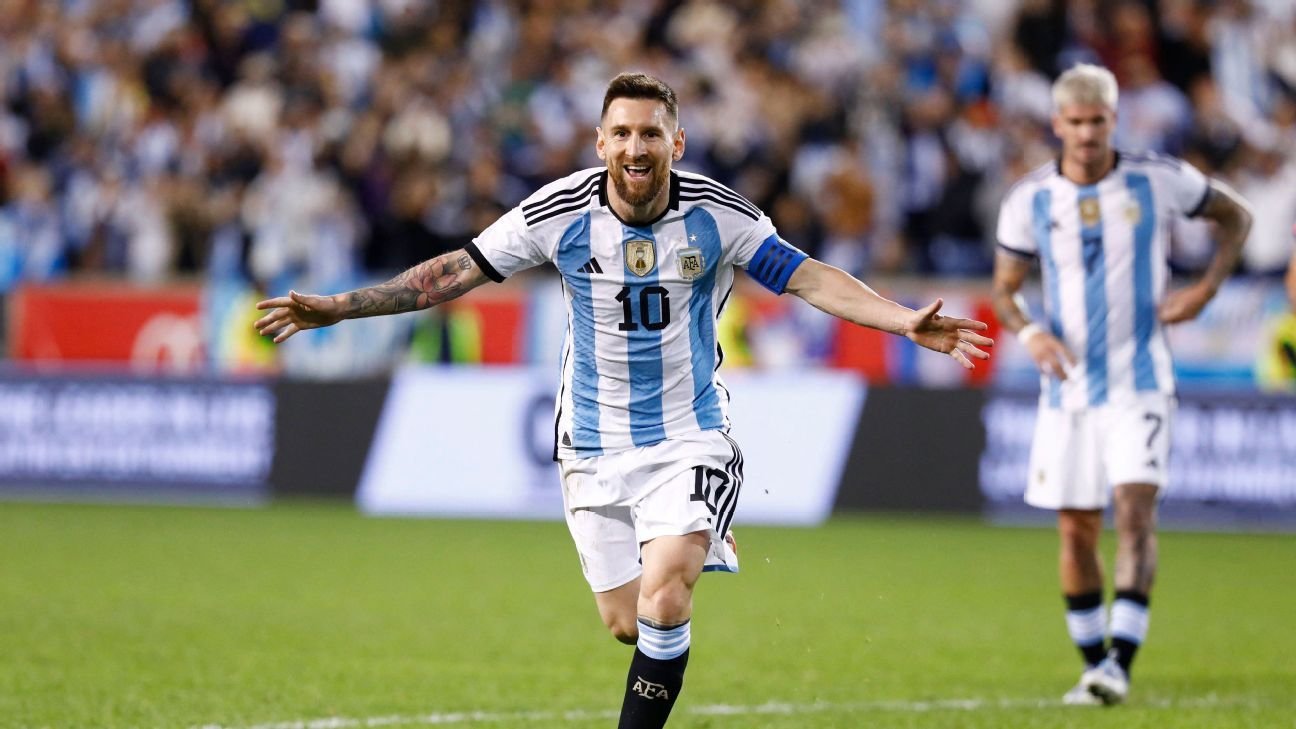 Lionel Messi celebrating a goal in the match against Jamaica. | PHOTO: ESPN |

Lionel Messi led Argentina stunned Jamaica in a 3-0 win in a friendly clash played at a neutral site in the United States’ Red Bull Arena.

Manchester City forward Alvarez opened the scoring in the 13th minute thanks to some impressive work from Lautaro Martinez, who was able to snake his way into the box, beating multiple defenders to get to the touchline and drag one back along the edge of the six-yard box for a simple tap-in.

Argentina continued to create half-chances throughout the remainder of the first half, and it was a routine of the same in the early stages of the second half, with Martinez going close after a slick one-touch pass from Alexis Mac Allister gave him some space inside the 18-yard box, but he slammed his shot wide of the far-post. 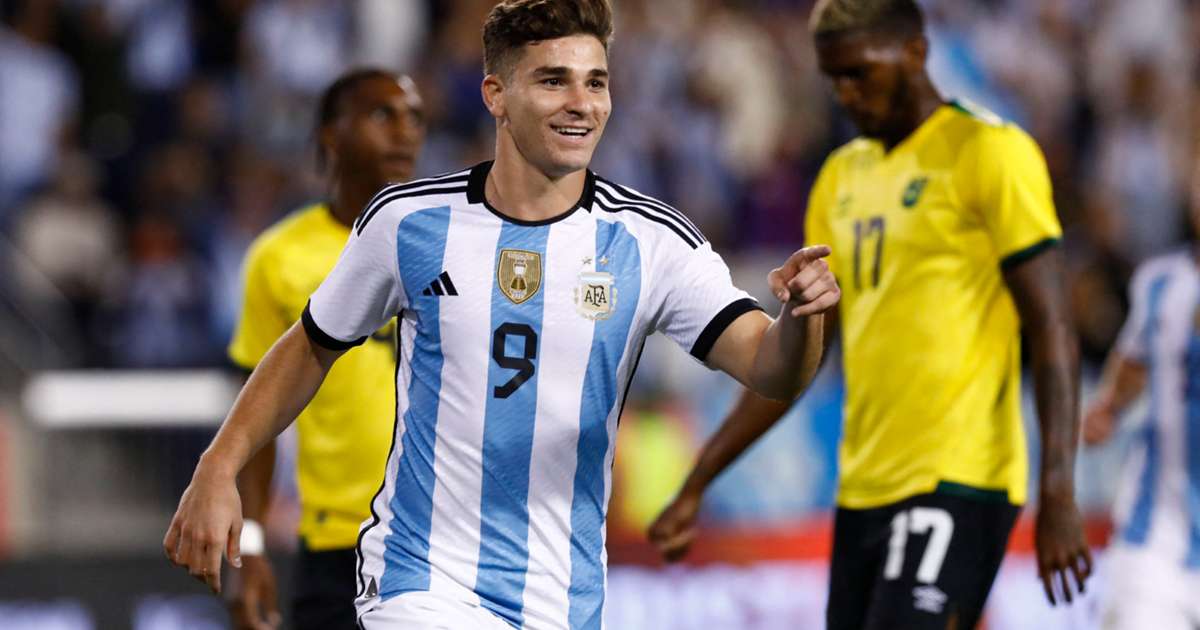 Lionel Messi was introduced in the 56th minute, and just 10 minutes later he had his first chance after a one-two on the edge of the area allowed him to break into the left-hand side of the box, but his shot from a sharp angle was easily thwarted at the near post.

But fans in attendance would get what they came for in the 87th minute, when Messi picked up a deflected pass just outside the penalty area and fired his left-foot shot hard and low across his body into the bottom-right corner.

The PSG man was not done yet as two minutes after that, Argentina were awarded a free kick in the same spot, and Messi again converted, this time around the wall into the bottom-left corner. Lionel Messi celebrates after scoring for Argentina against Jamaica in a friendly clash on Tuesday, September 27 2022. | PHOTO: Sportstar |

With this win, Argentina are now unbeaten in their past 35 games dating back to their loss in the 2019 Copa America semi-final against Brazil.

Italy holds the record at 37 games without a loss – which they set in 2021. Argentina’s next two games will be in the World Cup against Saudi Arabia and Mexico, and if they make it through while avoiding defeat, they will play Poland for the new record.

Despite only playing 35 minutes, Messi led all players with five shots, four shots on target and three successful dribbles. Only Alvarez (three) created more chances than Messi’s two, and he scored two goals for his second consecutive international fixture after also netting a double against Honduras this past weekend.

Bobby Reid had a difficult outing down the left-hand side, being credited with only two duels won from 11 tries – the lowest percentage on the pitch. He also had a passing accuracy of 77 per cent, which was one of the lowest marks from either side, while attempting no shots and creating no chances.

Up next for the two sides means Argentina will take their unbeaten streak into the World Cup, where they will play Saudi Arabia first up. Jamaica do not have any fixtures scheduled until March 2023 in the CONCACAF Nations League.