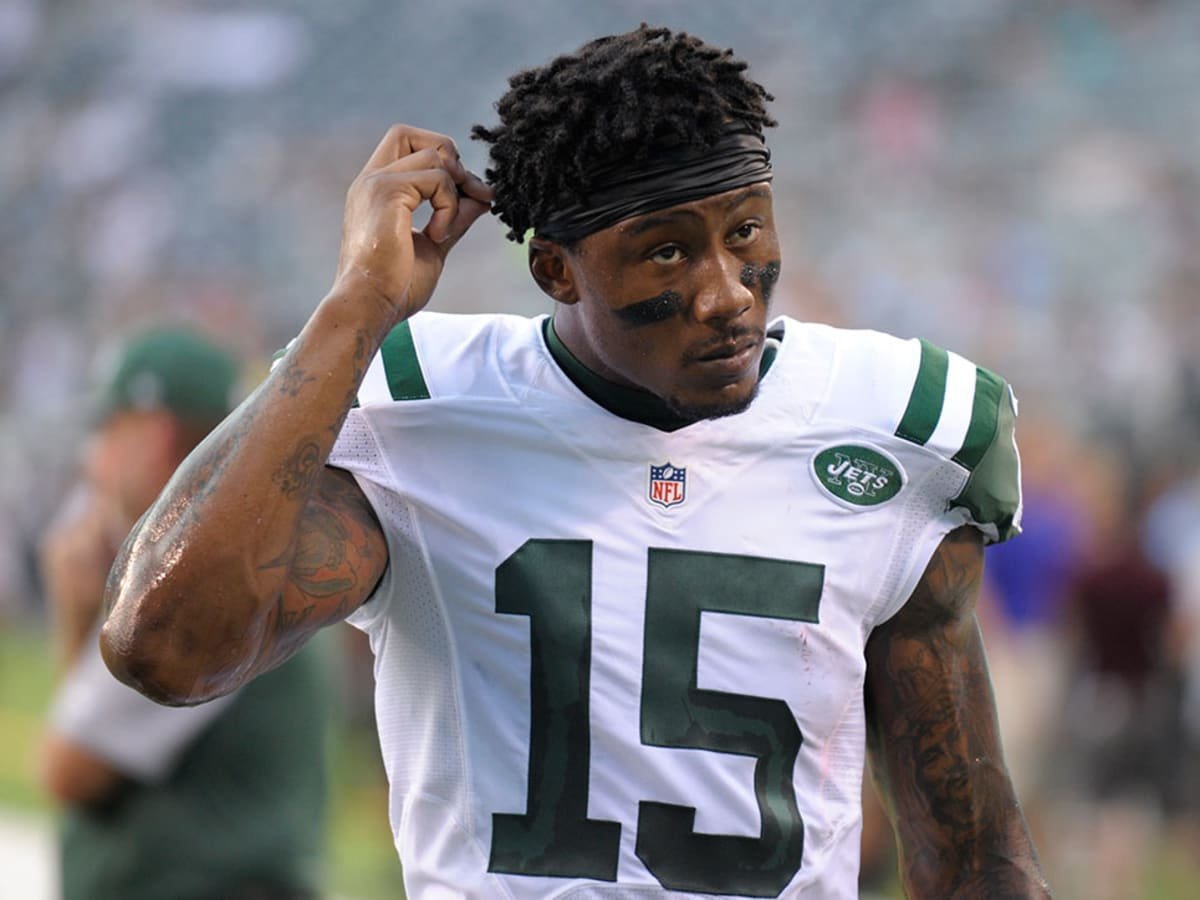 Brandon Marshall biography gives details of one of the greatest wide receivers in American football history.

Brandon Marshall played college football at UFC before spending 13 seasons in the National Football League. The legendary wide receiver was known for his ability to dodge and break tackles.

Brandon’s gameplay involved shoving his opponents off him so he could get more yards. The legend’s 12,351 career receiving yards are the most ever by a receiver in NFL history.

He was one of the most difficult guys to bring down in a one-on-one situation.

Marshall is one of the six players in the NFL to catch at least 100 passes in three consecutive seasons. He set an NFL record for receptions in a game, 21, during a match against Indianapolis Colts on December 13, 2009.

Brandon became a TV personality after his retirement from football.

Brandon Marshall biography has it that he was born on March 23, 1984, in Pittsburgh, Pennsylvania. He grew up in Georgia and later moved to Florida, where he began playing football at Lake Howell High School.

Brandon also played basketball and track at high school. He played offence and defence, earning All-State honours as well as being named Seminole County Utility Player of the Year.

Young Brandon won the Class 3A state triple jump championship as a senior. He was a scholar-athlete at the University of Central Florida, where he was part of the All-C-USA Team.

Marshall played 44 games for the UFC Knights football team during his university days. His best season came during his senior year when he recorded career highs in receptions (74), touchdowns (11) and receiving yards (1,195).

The heart of Brandon Marshall biography is his career. Marshall joined Denver Broncos in the fourth round of the 2006 NFL Draft.

The talented wide receiver suffered an injury before the start of the 2007 season. He recovered later and was able to play several games before the end of the season.

During the 13th game of the season, Marshall reached the 1,000-yard milestone. By the end of the 2007 season, the American placed first in yards after contact (319), first in the number of times targeted (70), and second in yards after the catch (505).

Denver Broncos traded Brandon Williams to the Miami Dolphins in April 2010 for a second-round pick in the 2010 NFL Draft.

He spent two seasons with the Miami Dolphins before joining Chicago Bears in March 2012. Brandon then joined New York Jets before the start of the 2015 NFL season.

The Jets released Marshall in April 2018 so as to fully transition into a rebuilding stage. Marshall signed a two-year contract worth $12 million with New York Giants after leaving the Jets.

However, his contract with the New York Giants was terminated after one year. Brandon, who was in the later stages of his career, joined Seattle Seahawks on May 29, 2018.

He only played six games for the Seahawks before being released. Brandon joined New Orleans Saints in November 2018 but was released after a month.

On August 20, 2020, Brandon Marshall became part of the Fox Sports talk show First Things First cast. He, however, left the station in August 2021 after the expiration of his one-year contract. Brandon is currently a co-host of Inside the NFL on Showtime.

Brandon Williams is married to Michi Nogami, and they have three children together.

The NFL legend is a Kappa Alpha Psi fraternity member and has been doing charity work with them for several years.

What is Brandon Marshall’s net worth?

Is Brandon Marshall in a relationship?

Brandon is married to Michi Nogami.

Is Brandon Marshall still a host of First Things First?

Brandon left Fox Sports after the expiration of his contract in 2021.