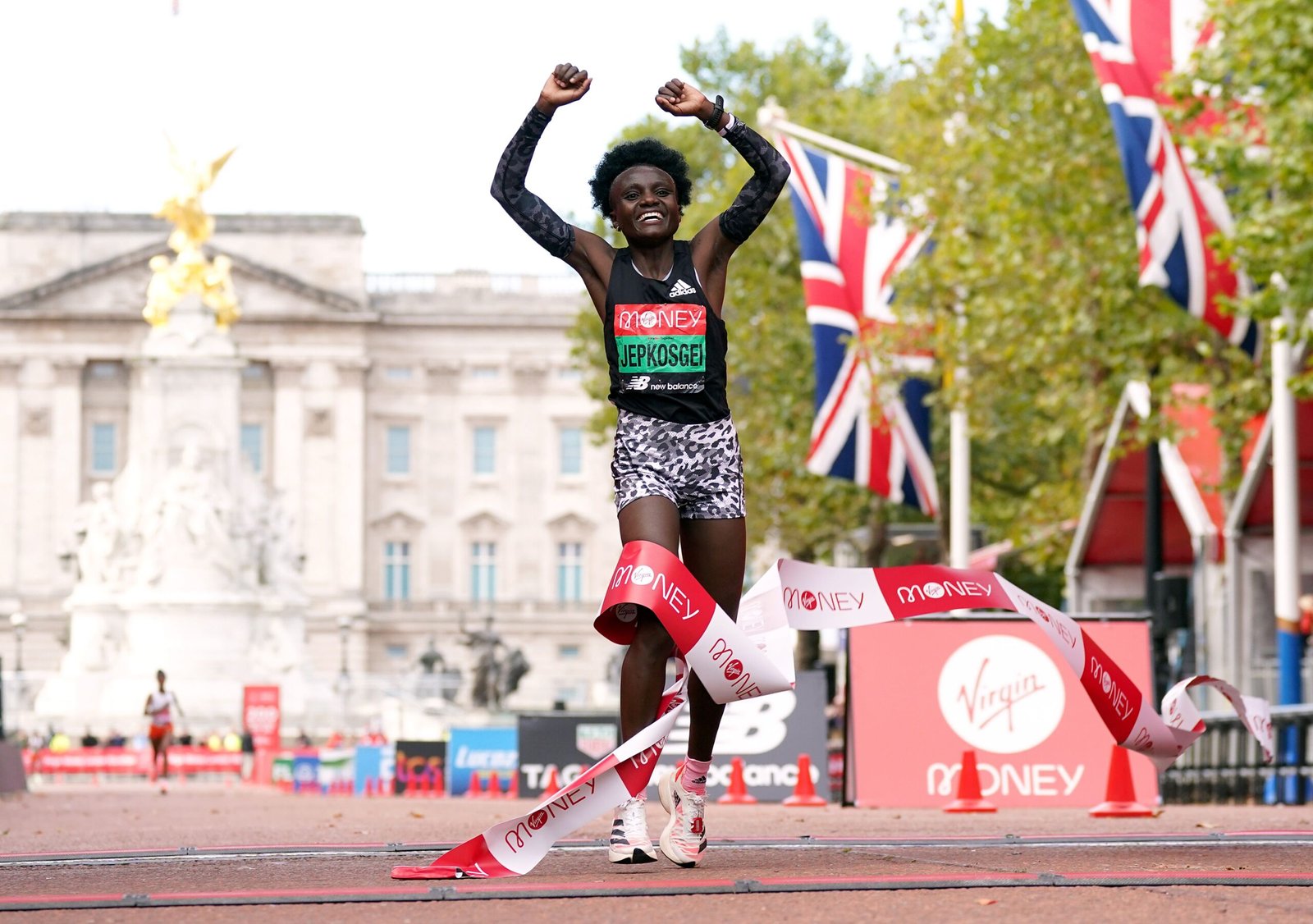 Defending champion Joyciline Jepkosgei is set for a mouth-watering duel against former champion Brigid Kosgei after organizers announced the elite list for this year’s London Marathon, set to be held in October.

Joekpsgei clocked a personal best time of 2hrs, 17mins and 43secs in a last mile sprint finish to beat Ethiopia’s Degitu Azimeraw to win her maiden London crown last year and will be looking to defend her title.

She comes up against World Record holder Jepkosgei who won the title the yar before in 2020. The Olympic silver medalist has a rich CV, having finished second in the race in 2018, before winning it back to back in 2019 and 2020.

She is also a double Chicago Marathon champion and will be out for a massive competition against the former World Half Marathon record holder whose other Major Marathon victory came in New York in 2019.

Brigid set the world record of 2:14:04 in Chicago in 2019, finished a surprise fourth last year but bounced back to win this year’s Tokyo Marathon in a world- leading time of 2:16:02. 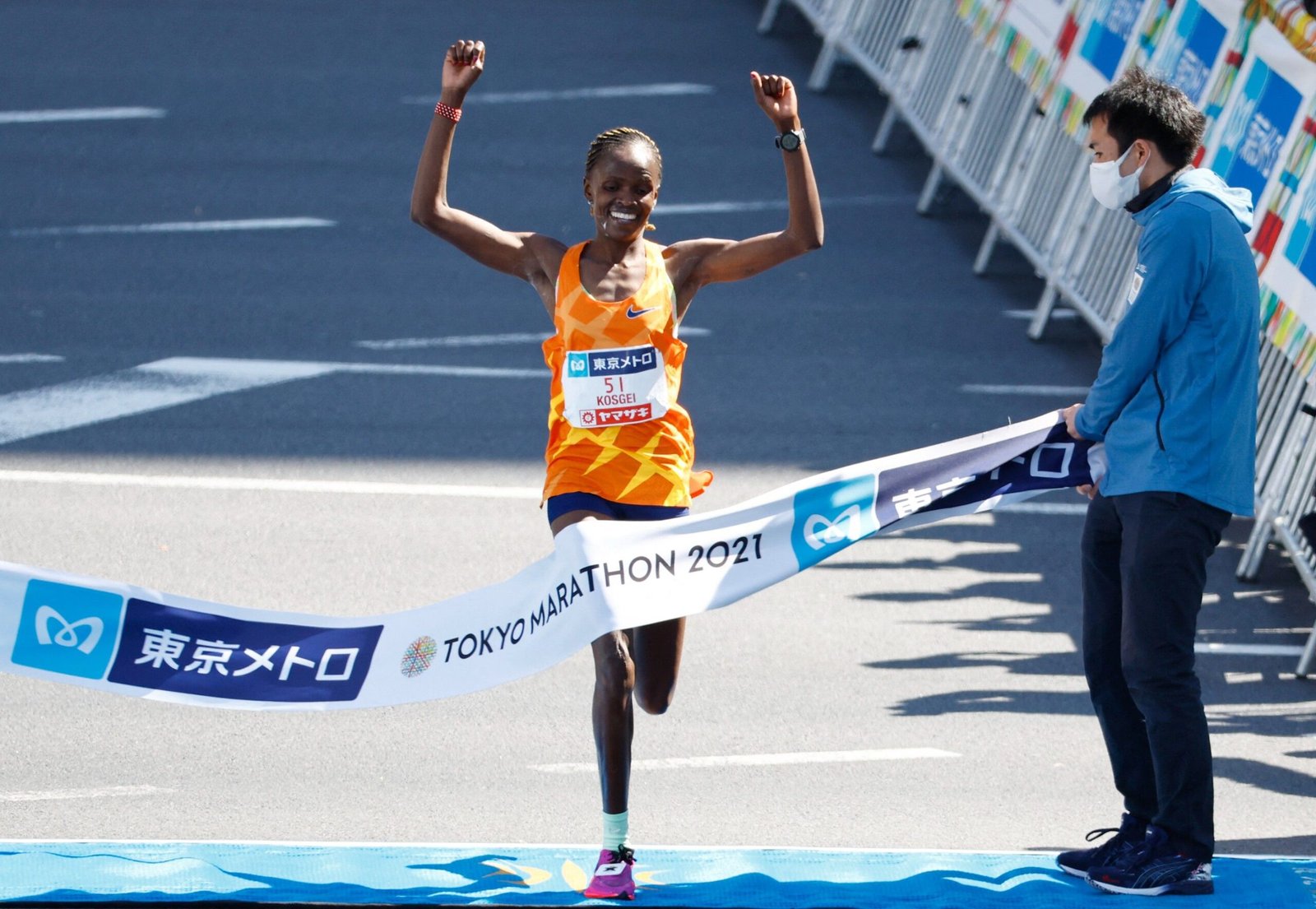 As always, competition is also expected from the Ethiopians, the charge being led by 22-year-old Yalemzerf Yehualaw who is the current 10K world record holder (29:14). She ran 2:17:23 to win the Hamburg Marathon in April, the fastest marathon debut ever.

Apart from her, Azimeraw and Ashete Bekere, who finished second and third last year, also return. Bekere finished second behind Kosgei at this year’s Tokyo Marathon in a PB of 2:17:58.

“The elite women’s field at this year’s London Marathon has so many incredible storylines. We’ve got a mouth-watering battle between two great champions, Brigid Kosgei and Joyciline Jepkosgei. Kosgei showed she is back to her best form with her win in Tokyo earlier this year, but Jepkosgei looked incredibly confident during her win here last year,”said Hugh Brasher, Event Director of the London Marathon.

Meanwhile, the Kenyan legion in the men’s field will be led by Vincent Kipchumba and Amos Kipruto. Kipchumba has a pair of second place finishes in the 2019 and 2020 events and will be looking to improve those two silvers to gold this time round.

Kipruto, 29, will be looking for his first ever major marathon title. His biggest performance was at the 2019 World Championship where he won bronze. 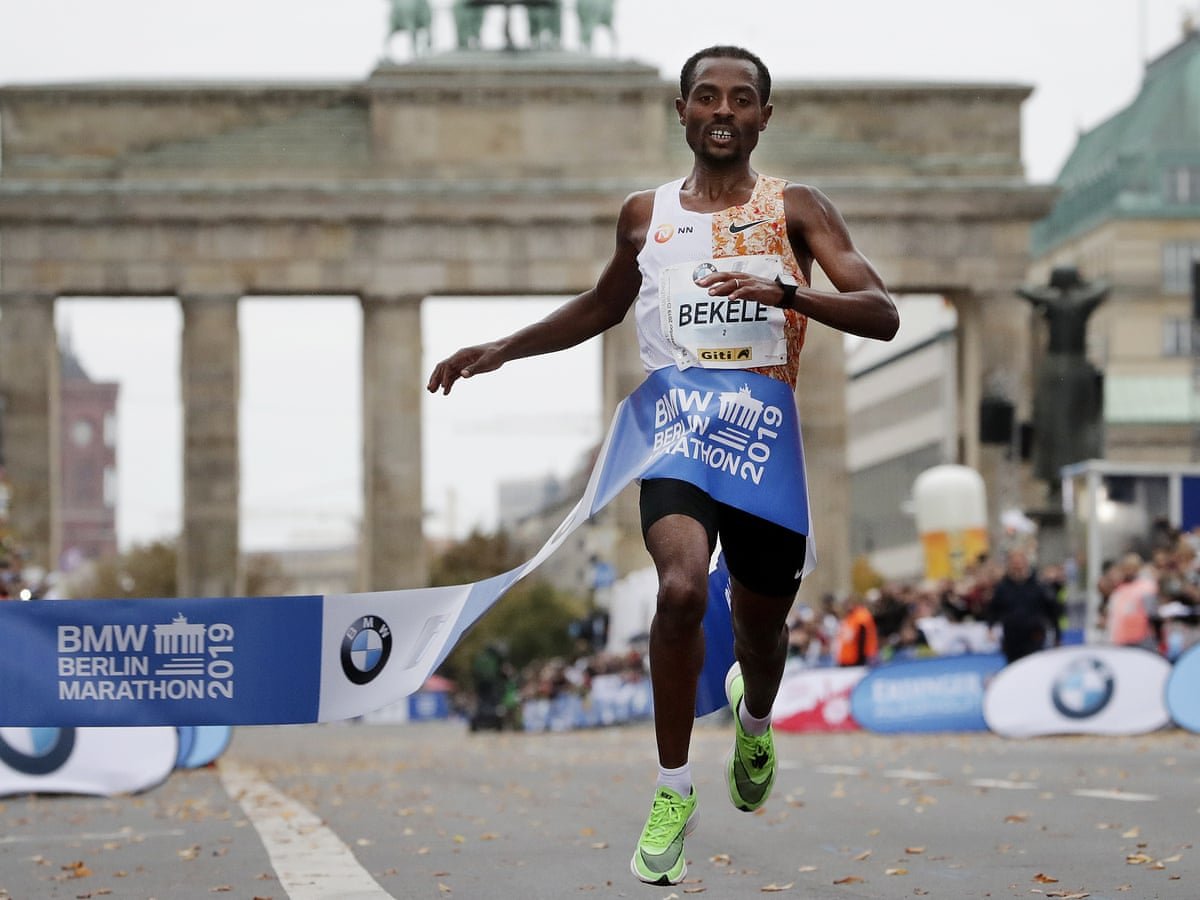 Last year’s champion Sisay Lemma of Ethiopia will return with home boy MO Farah also looking to finally make his mark in the marathon after ruling the track for years.

Lemma had raced 21 times over the marathon distance before his victory in London last year. He had previously racked up wins in smaller marathons such as Frankfurt and Vienna and finished third in three different Abbott World Marathon Majors, including the London Marathon in 2020.

The 31-year-old will be eager to show the victory was not a one-off by defending his title.

Bekele has twice come close to winning in London, finishing third in 2016 and second in 2017, but injuries have hampered him in recent years since winning the 2019 Berlin Marathon in 2:01:41.

Also in the field is Belgium’s Bashir Abdi, the Olympic bronze medallist and European record holder (2:03:36), who will make his debut in the race. Abdi is Mo Farah’s training partner.