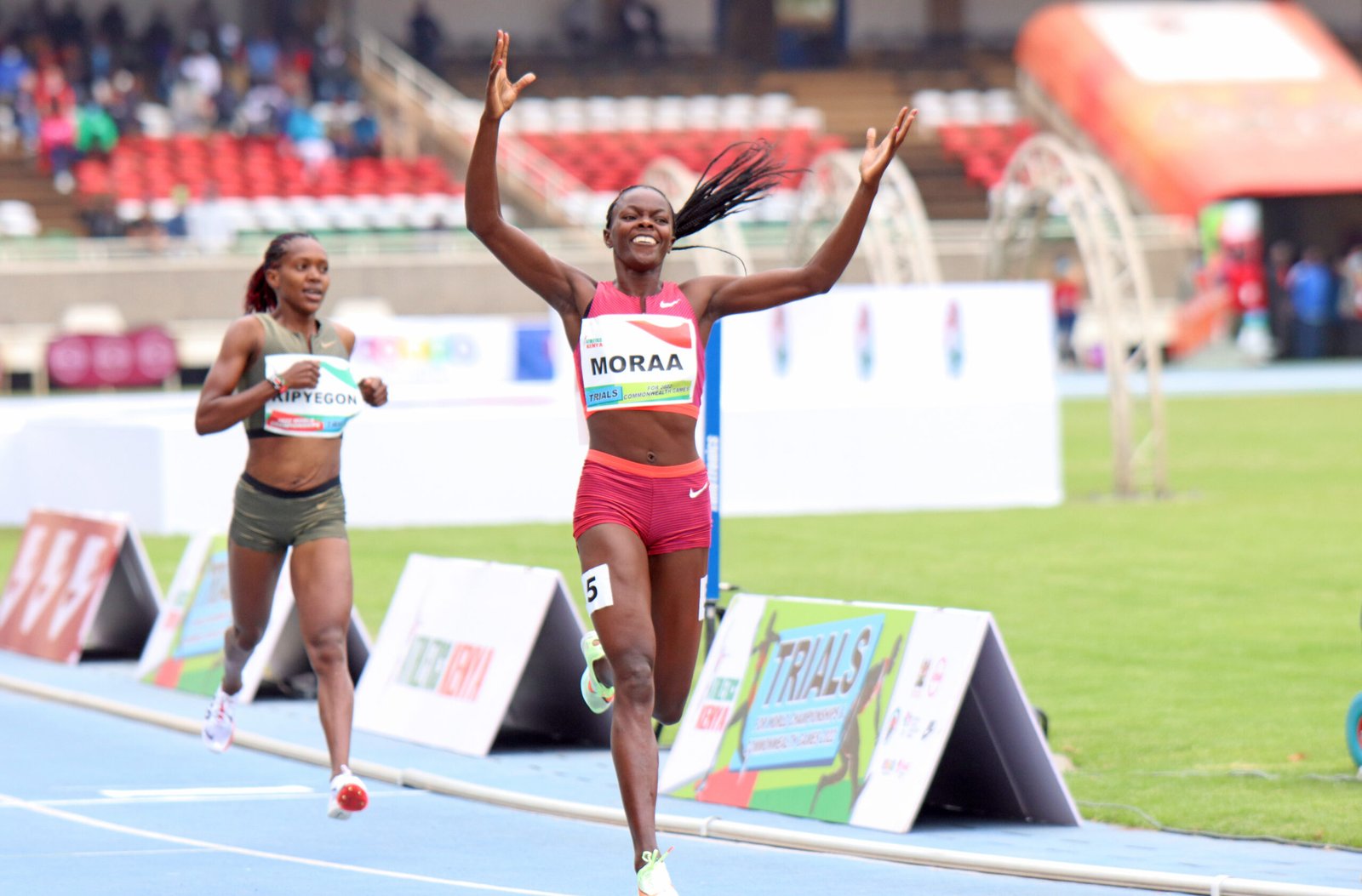 Mary Moraa set herself up nicely mentally ahead of the World Championships and Commonwealth Games after clocking another sub-two finish, winning the women’s 800m race at the Stockholm Diamond League.

The 22-year old clocked an impressive time of 1:57.68 to win ahead of Olympic Silver Medalist Keely Hodginson who timed 1:58.18.

“I am very happy with the win and the way I ran. I came here to win, but it was not easy. I am looking forward to running with medalists at the World Championships. I qualified for both the 400m and the 800m. I have to discuss with my coach whether I will double or not. It’s only my second season on the 800m,” she said after the race.

Moraa stuck to the leading pack, just behind the pacemaker and laid down the gauntlet in the final lap. Despite Hodgkinson’s attempt to take her on in a finishing sprint, the Kenyan did her best to maintain a steady lead and win the race.

She has been in good form and just last weekend ran a national record in the 400m and also set a new personal best time in the 800m. The victory sets her up perfectly as she continues preparation for the World Championships and Commonwealth Games where she will double in both the 400m and 800m.

Meanwhile, Emmanuel Korir faded off in the final 40m, clearly suffering from fatigue as he finished fifth in the men’s race.

Korir competed in the 400m at the National Trials last weekend, just a few days after arriving from the United States where he is based and had just two days of rest before travelling to Stockholm.

He had held on a steady pace in the opening lap, pacing at third. At the bell, he skipped to second once the pacesetter dropped off and looked strong heading to the back straight.

However at the home stretch, he could not power a good run to the finish line as Moula Slimane of Algeria came off from the outside lane to accelerate, leading three other athletes past Korir. Slimane clocked 1:44.60 to win the race while Frenchman was second in 1:45.11.

Korir timed 1:45.85 which is his fastest time in the 800m this season. Collins Kipruto finished sixth while Ferguson Rotich was last.

Kenya’s Cornelius Kemboi who is in the Commonwealth Games 5,000m team finished third after clocking 7:31.26, his fastest time this season.

Stockholm was the last stop of the Diamond League before the World Championships and Commonwealth Games scheduled for next month.