Kipyegon given heroic welcome after return from Oregon 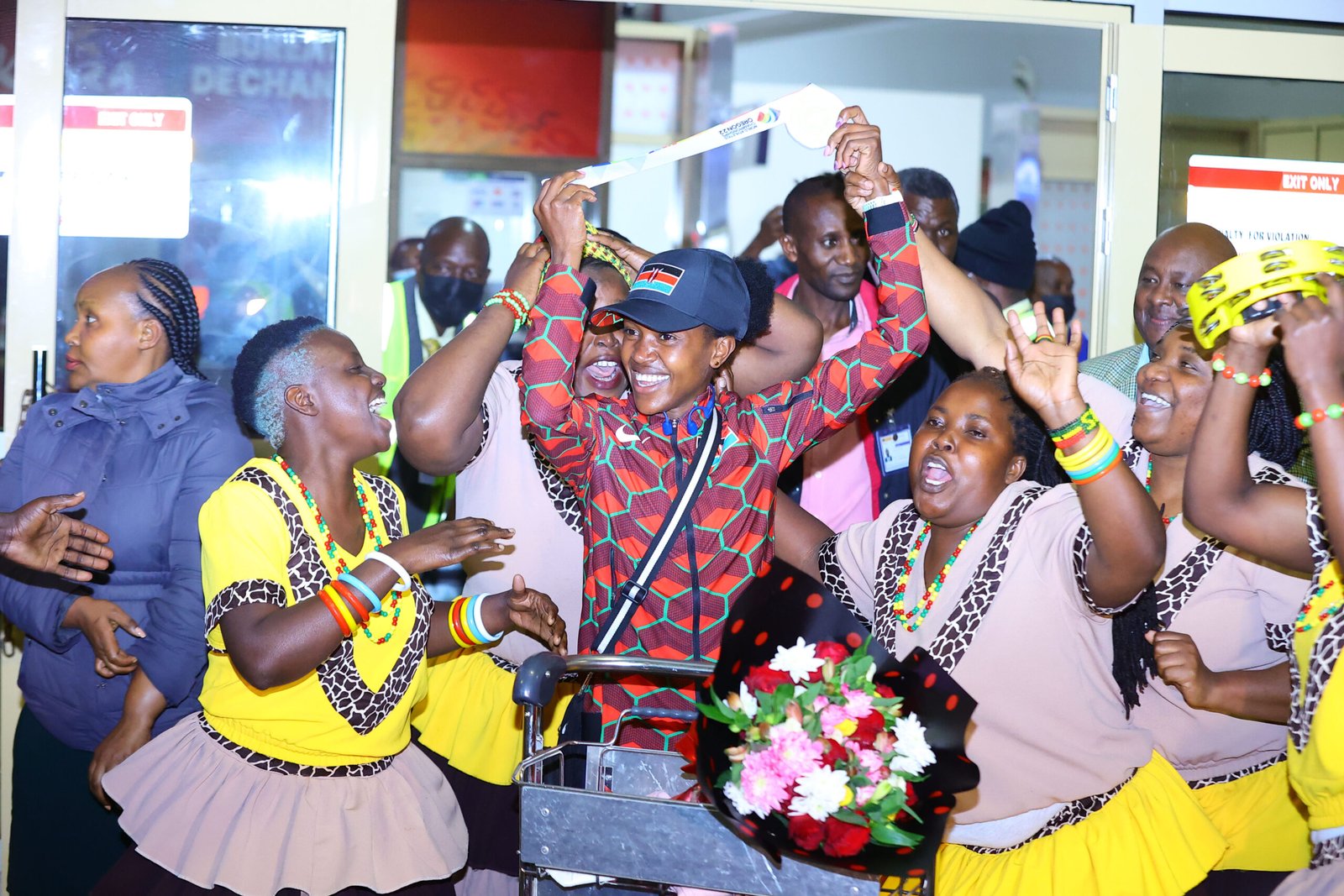 Faith Kipyegon received a huge welcome after jetting back home

“I am really delighted because of the reception I have received today. To be honest I did not expect it and I feel really honoured to be received in such a way. I want to thank everyone for their support. I thank my husband, my daughter, my coaches and management for the support they have given me,” an excited Kipyegon said after the race.

Greatest of all time 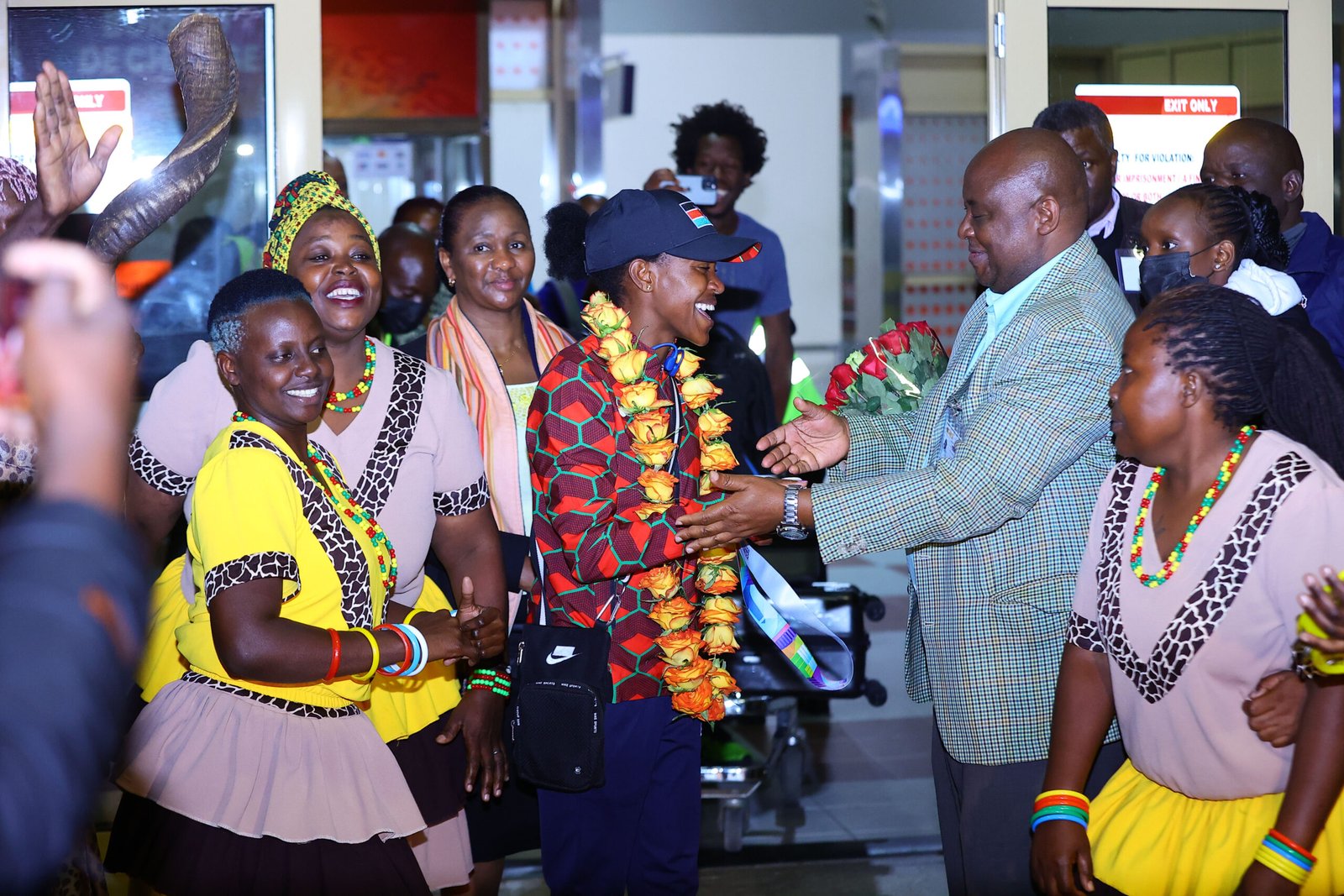 Her win in Oregon further cemented her status as the greatest female 1500m runner of all time, but she says it wasn’t easy. She admitted that she was under a lot of pressure to win, but calmed down at the starting line to glide to gold in the end.

“I was under so much pressure because everyone expected me to win. Everyone was saying that I would win for gold and to me that was a lot of pressure. But I just decided to be calm on the start line and I am glad I won,” she said.

Kipyegon added; “I was ready for anyone and I had prepared well but you know in a race anything can happen. But I thank God I won.”

And now, Kipyegon wants to go for what she has not achieved; a world record. The pint-sized rocket has won two Olympic titles, two World titles and three Diamond League titles and now, the title is her next target. 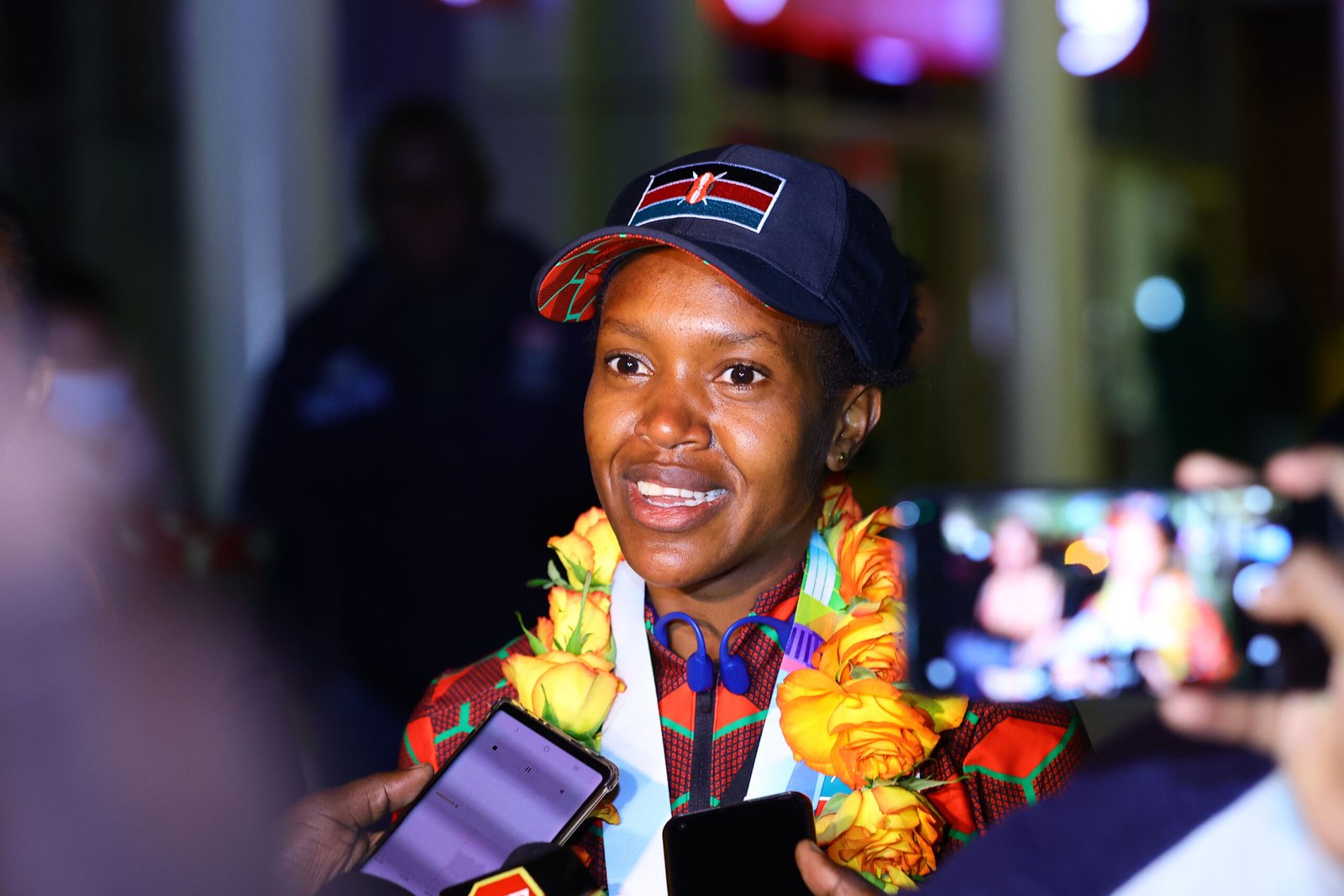 “What I don’t have now is the World Record and that is my target now. I want to try and go for it. I cannot say when are where but I will work for it. I just hope to stay injury free, keep working hard and see whether it can happen,” she added.

On whether she will make an attempt in two weeks in Monaco Kipyegon says; “I know Monaco is a very fast course and it is favourable and if I feel well on that day and I can go for it, then why not? I will.”

Kipyegon will now have time to rest and recover before her next target.

Looking back at Oregon, she believes Kenya can still finish well despite a tough search for medals.

“There have been a lot of problems from visa issues to lacking physios but I believe we will get more medals. It hasn’t been easy but the athletes are working hard,” she said.