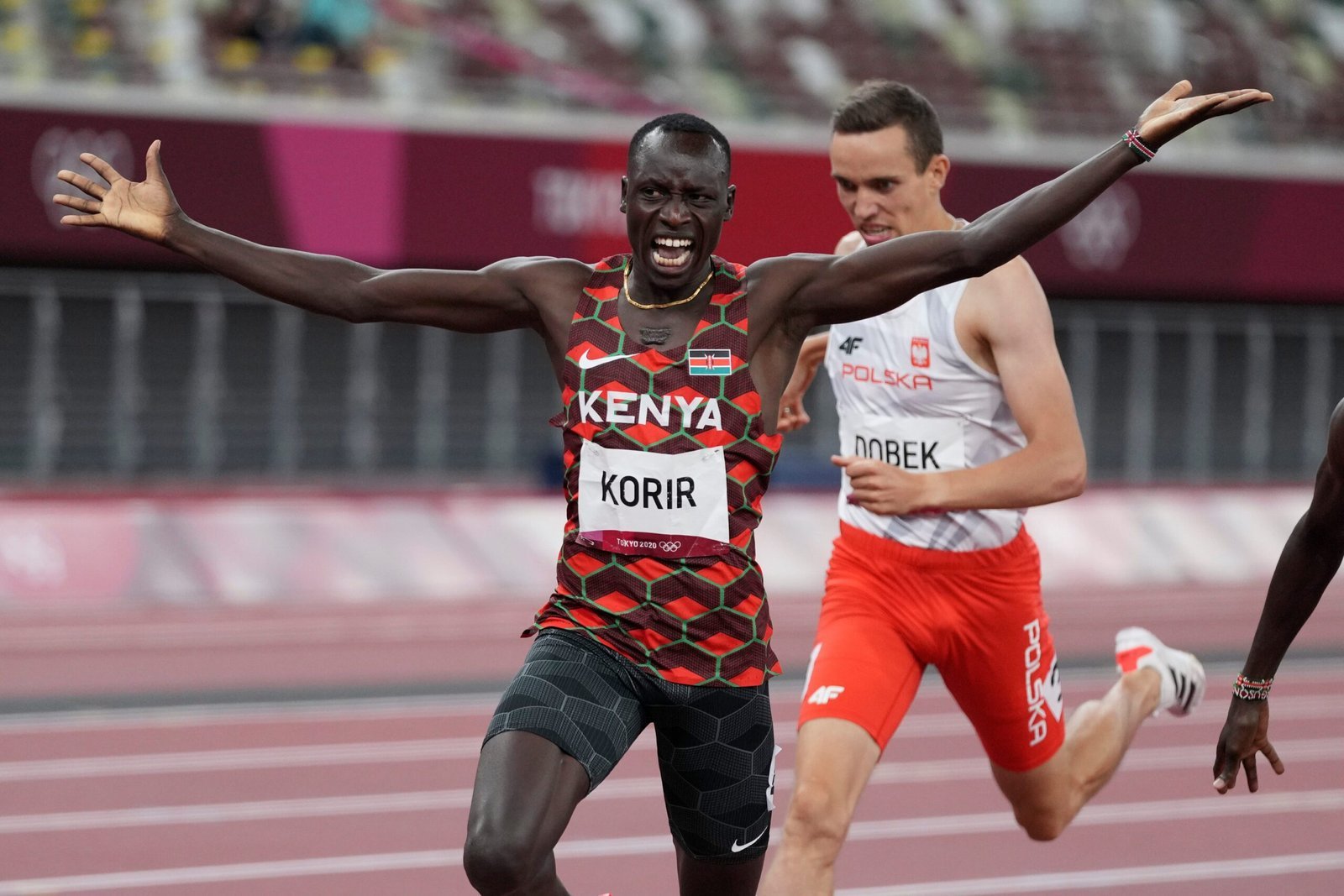 Reigning Olympic champion Emmanuel Korir will lead the charge as Kenya seeks to win the 800m world title for the first time since David Rudisha in 2015. American Donovan Brazier won the title in 2019 in Doha while French man Pierre-Ambroise Bosse won in 2017.

And now, Kenya looks to try battle for the crown among a heavily talented field.

“It will be a very close final and a tough one, but we are ready for it. I am glad that we have three Kenyans in the final and so we will do our best to bring the glory to Kenya,” Korir said.

He will be joined in early Sunday morning’s final by Commonwealth Games champion Wycliffe Kinyamal who has shown great form this season.

Korir and Kinyamal went through first and second in their semi-final heat to progress to the final.

Korir ran his fastest time this season, clocking 1:45.38 to win the race, just dipping ahead of Kinyamal who clocked 1:45.49. The Olympic champion had been at the basement of the pack at the bell, but with his long kicks galloped his way up to the front as he began to eat into the lead with 200m to go.

In the final 100m of the race, he managed to glide into the lead, pipping Kinyamal at the line, the Commonwealth Champion having stuck to the lead from the start.

Australian Peter Bol who finished third in 1:45.58 also managed to squeeze into the final as one of the two non automatic qualifiers.

“We want to get this title back to Kenya and we are confident we can do it. Personally I feel in really good shape and my strength is back. I will give it all in the final and see what comes of it. Everyone is psyched up and determined,” Kinyamal said.

They will be joined in the final by 17-year old World Under-20 Champion Emmanuel Wanyonyi who also scoured through to the semi after he finished third in his semi-final heat.

A spirited sprint in the final 50m saw him gallop for third, Algerian Slimane Moula winning the Heat in a time of 1:44.89, the fastest of the three heats, ahead of Canadian Marco Arop who timed 1:45.12.

Moula and Arop will be two to watch for the Kenyan trio as all through from the heats they have shown great promise and determination for the title. Moula had the leading time in the Heats as well as the semis.

Meanwhile, Mary Moraa has glided into the final of the women’s 800m, as she looks to do better than the Tokyo Olympic Games where she finished third in the semis and failed to make the finale.

The on-form Moraa clocked 1:59.65 to make it into the final, finishing first in her Heat ahead of American Ajee Wilson.

“I am happy to have made the final because that was my first target. I will work hard to bring a medal home. I won’t say I want this medal or that medal but any that I can get will be huge for me,” Moraa said.