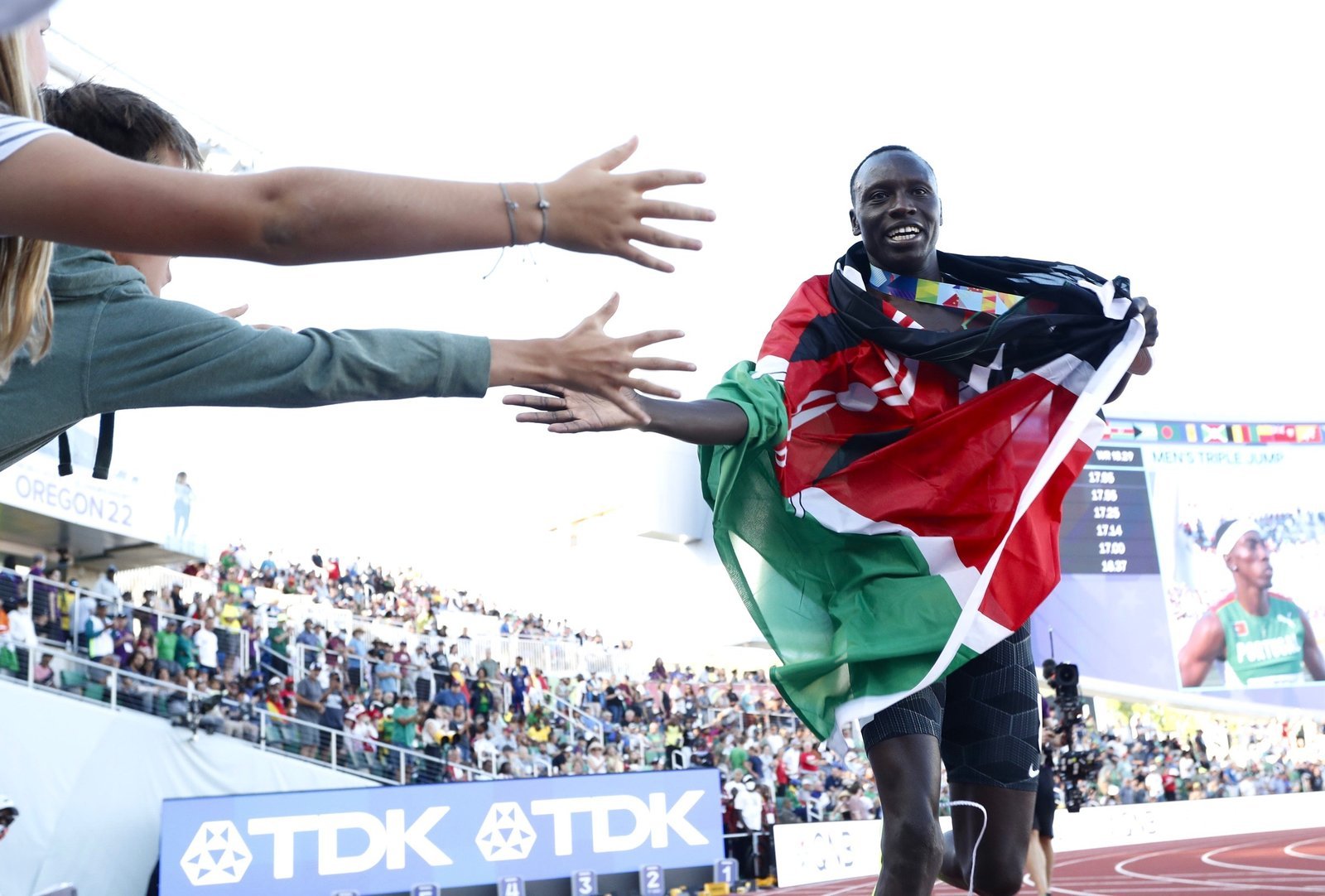 Kenya finally clinched its second gold medal at the World Athletics Championship as Emmanuel Korir earned the top spot in the men’s 800m while Beatrice Chebet earned a silver in the women’s 5,000m to take Kenya’s medal tally to eight.

Korir clocked 1:43.71, outsprinting Canadian Marco Arop who had led for most of the race. The lanky Canadian was pipped to second by Algerian Djamel Sedjati who timed 1:44.14 while Arop settled for bronze in 1:44.28.

“It’s a great win and this gives me a lot of confidence with the World title also coming. It means a lot. Everyone works for such and I am really pleased. I am confident that I am still young and there is more medals for me to come,” Korir said after the race.

He added; “I have been struggling with injuries but now I am glad that I have started getting my groove back.”

Korir preserved his energy for the finish

Just like he did in the semis, Korir who is based in the USA preserved all his energy for the home stretch as he sprinted from about fourth to take the victory.

Emmanuel Wanyonyi’s last gasp sprint couldn’t take him to the medals as he finished fourth in a time of 1:44.54. The other Kenyan in the race, Wycliffe Kinyamal, clocked 1:47.07 to finish bottom of the pile.

Kinyamal and Korir had stuck to the middle of the pack after the first lap and at the bell, they began to make strides upfront. Arop had taken a lead with about three metres away from the rest.

At the home stretch, Korir pulled away on the outside with Kinyamal, swinging his head with determination as he glided past Arop. Kinyamal failed to keep the pace as he faded behind. World Under-20 champion Wanyonyi came from seventh and dropped some good determined sprint, but could only settle for third.

Meanwhile, Beatrice Chebet, the 2018 World Under-20 Champion and reigning African champion clinched silver behind Gudaf Tsegay of Ethiopia in the women’s 5,000m. 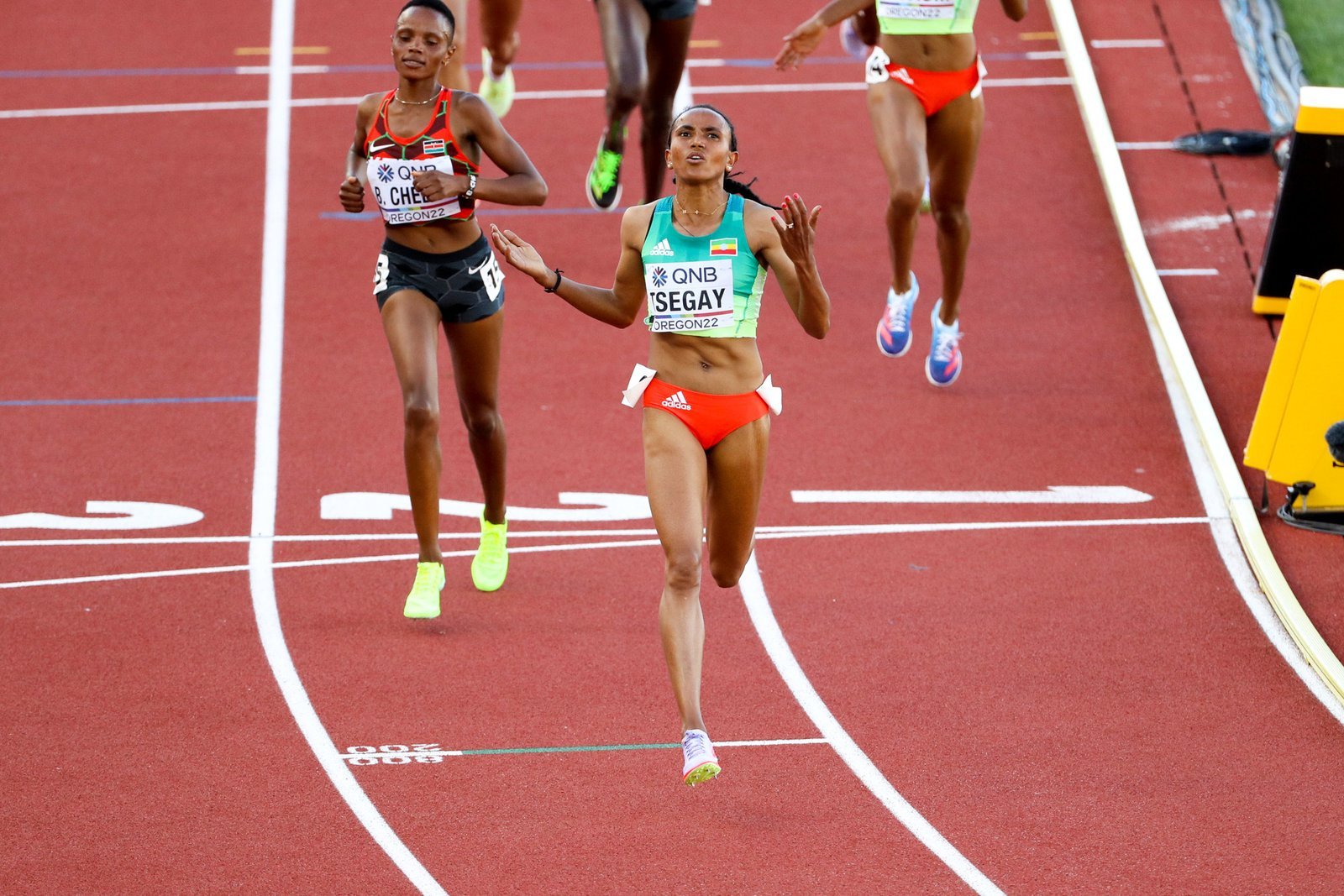 Compatriot Dawit Seyaum sprinted home third for bronze in 14:47.36 while Margaret Chelimo’s sprint for a possible Kenyan 2-3 finish wasn’t successful as she came home fourth in 14:47.71.

The race was off to a slow start with the field remaining intact for most of the laps. With two to go, Tsegay began making her move, trying to open up the field but Chebet stuck to her wings with Lesetenbet Gidey and Olympic champion Sifan Hassan not letting go.

At the bell, Hassan dropped in her usual finishing kick, but it was not enough to shake off the field. At the home stretch, it was Gidey who had more energy remaining as she sprinted out, Chebet’s attempt at catching up not being entirely successful but was enough for silver.