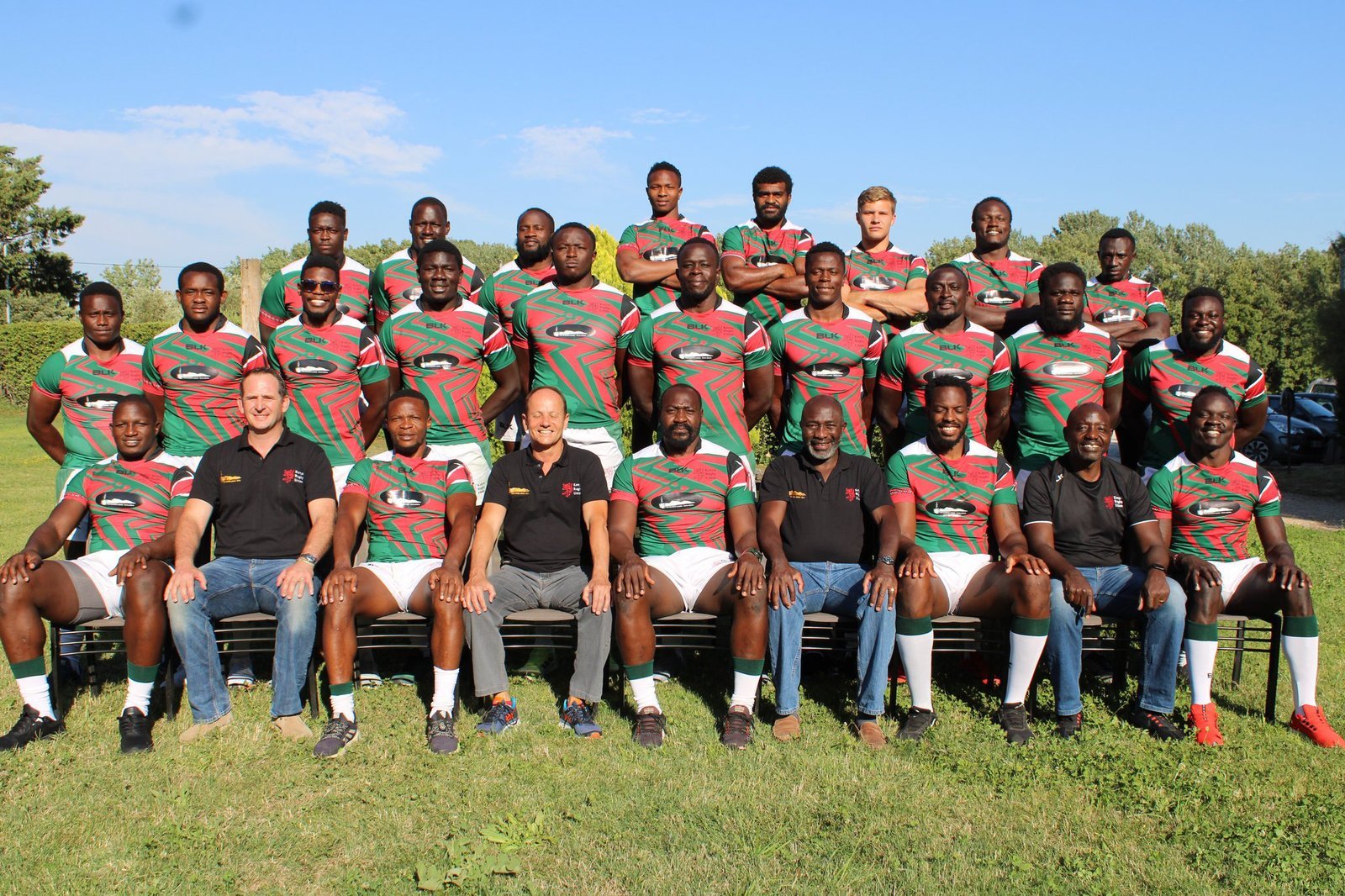 Kenya’s hopes of making their maiden trip to the Rugby World Cup ended up in smoke after losing out 36-0 to Namibia in the final of the Africa Cup played in France on Sunday night.

The Simbas were in high spirits and expectations were high that they would take Namibia by their horns and churn out a first victory over the Southern Africans for the first time in eight years.

However, it was the Namibians who would have the last laugh and qualify for the World Cup to be staged in France for the seventh time in their history.

The Simbas however have a second chance to give a shot at a ticket in France, but this is via a more difficult repechage route. An inter-continental tournament in November that will involve the Pacific Region’s Tonga or Hong Kong, USA or Chile from the Americas and Portugal from Europe.

Paul Odera’s men had beaten Uganda in the quarter final before seeing off Algeria in a tensed semi for a place in Sunday’s finale.

Against Namibia, Kenya started well but capitulated. Wian Conradie was Namibia’s go to man as he went over the whitewash thrice with scrum half Cliven Loubser scoring a hattrick of penalties and adding on two conversions as the Namibians totally outdid Paul Odera’s men.

For 17 minutes, the Simbas held their own with tactical discipline, keeping to their methods and ensured the game was well managed. 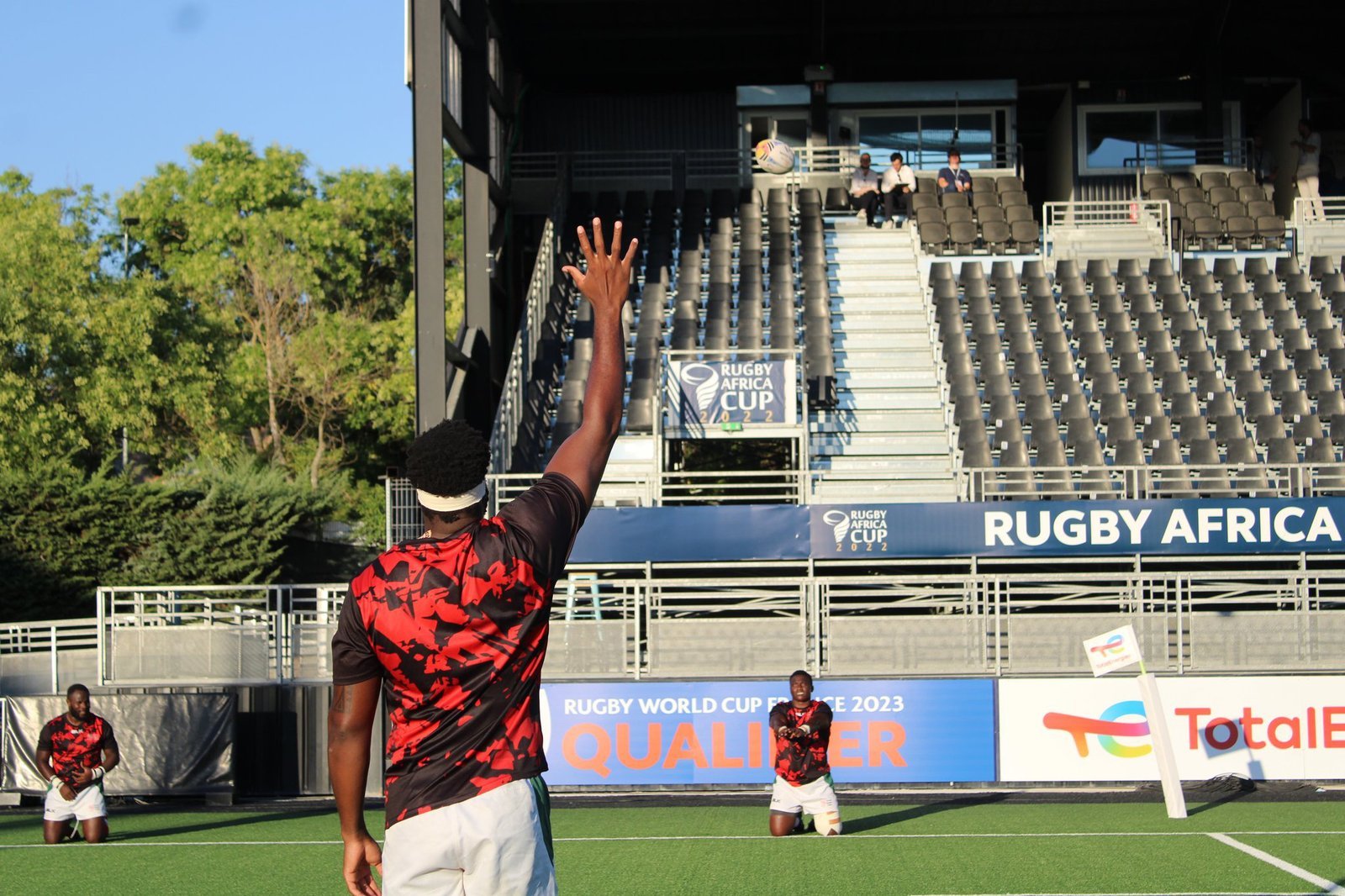 The Kenya Simbas warm up before the game against Namibia

But, a turnover deep in Namibia’s half engineered a turnover and a counter attack, Conradie crossing over with the conversion going wide to give Namibia a 5-0 lead. But still the SImbas were within touching distance and there was no need for panic.

But, a needless penalty just within the 22 and right under the Kenyan post gave Namibia an opportunity to stretch further away. With good striking range, they decided against playing and instead went for the posts, Loubser making no mistake from striking range to give his side an 8-0 lead.

Slowly, the Kenyan house started to crumble and Conradie once again managed to cross over for his second try of the day. The Namibians picked the ball from the scrum and with their strong forwards, pushed into the try box. Loubser sliced the posts as Namibia went to the break with a 15-0 lead.

While it was expected Kenya would come up with a stronger response in the second half, it was Namibia who would take to the scoring board first. Kenya gave away another penalty for a high tackle from Malcom Onsando and the cookie further crumbled with Loubser successfully going for the posts.

The Namibians continued to force Kenya into mistakes from their own 22 and they won two more penalties which Loubser expertly tucked home as they further stretched to a 24-0 lead.

The Simbas had an opportunity for draw level especially with the introduction of Jone Kubu who engineered most movements upfront. However, a promising attack with Kenya pinning Namibia in their own 22 was put to an end with a knock on.

That was it for the Kenyan lads as Namibia totally closed down the game in the final two minutes, Conradie completing his hattrick after a good line out before skipper Johan Deysel putting the icing on the cake with a late converted try.