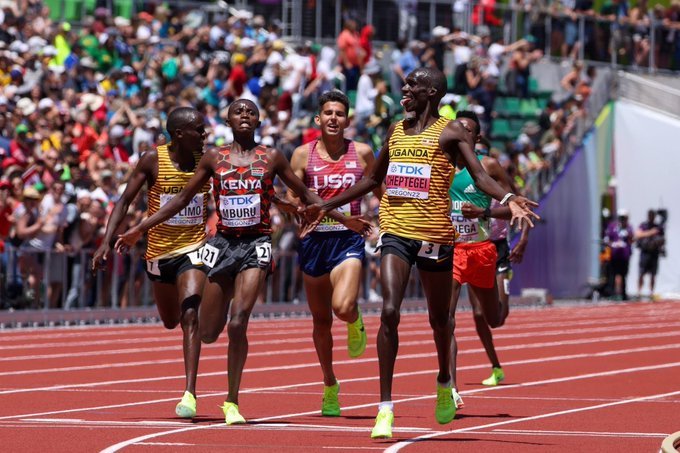 The 2022 world Athletics championships are underway in Hayward Field, Oregon University of the united states of America with the African Continent represented by a number of countries including Kenya, Uganda, and Ethiopia among others. 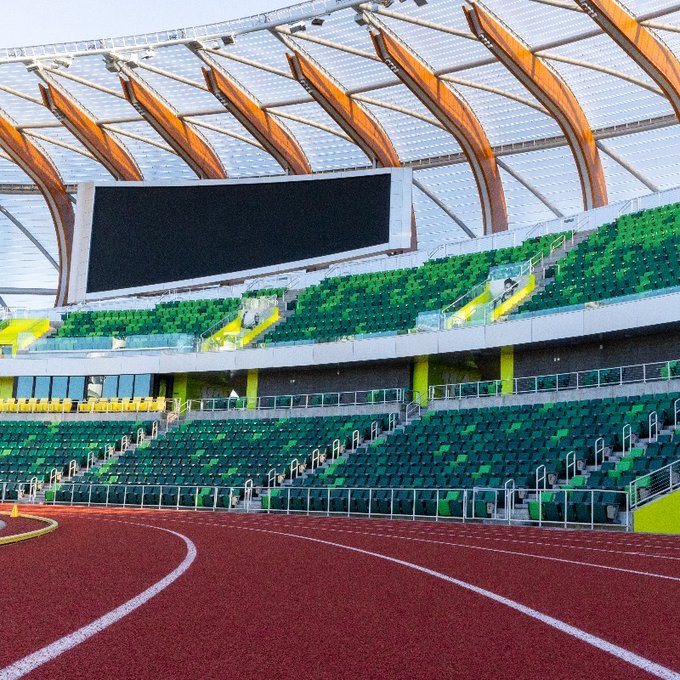 The event that kicked off on July 15th has since seen most of the African countries win different medals in different athletics disciplines on this international stage that has attracted up to 192 countries from all over the globe with at least 1,972 athletes representing their respective countries.

Though Team USA still tops the medal count table in the ongoing World Athletics Championships, Kenya and Ethiopia have had an impressive performance, a move that has seen these two African countries appear on the top list of the general medal count table. Thanks to all athletes participating in this year’s event.

Among athletics discipline that has seen African sportsmen outshine the championship is the marathon races for both men and women and the 10,0000 meters race.

In this article, we narrow down some African nations that have won medals in the ongoing World Athletics Championships.

It could have been a fresh start for Kenya with all of Kenya fans eyeing a medal from Ferdinand Omanyala who unfortunately was kicked out of the semi-finals.

Up to Tuesday morning, Kenya had at least six medals with one gold, three silver, and one Bronze medal ranking in the second position in the general medal round-up.

Kenya’s only gold medal was won by Faith Kipyegon in the 1500m women’s race on Tuesday morning. 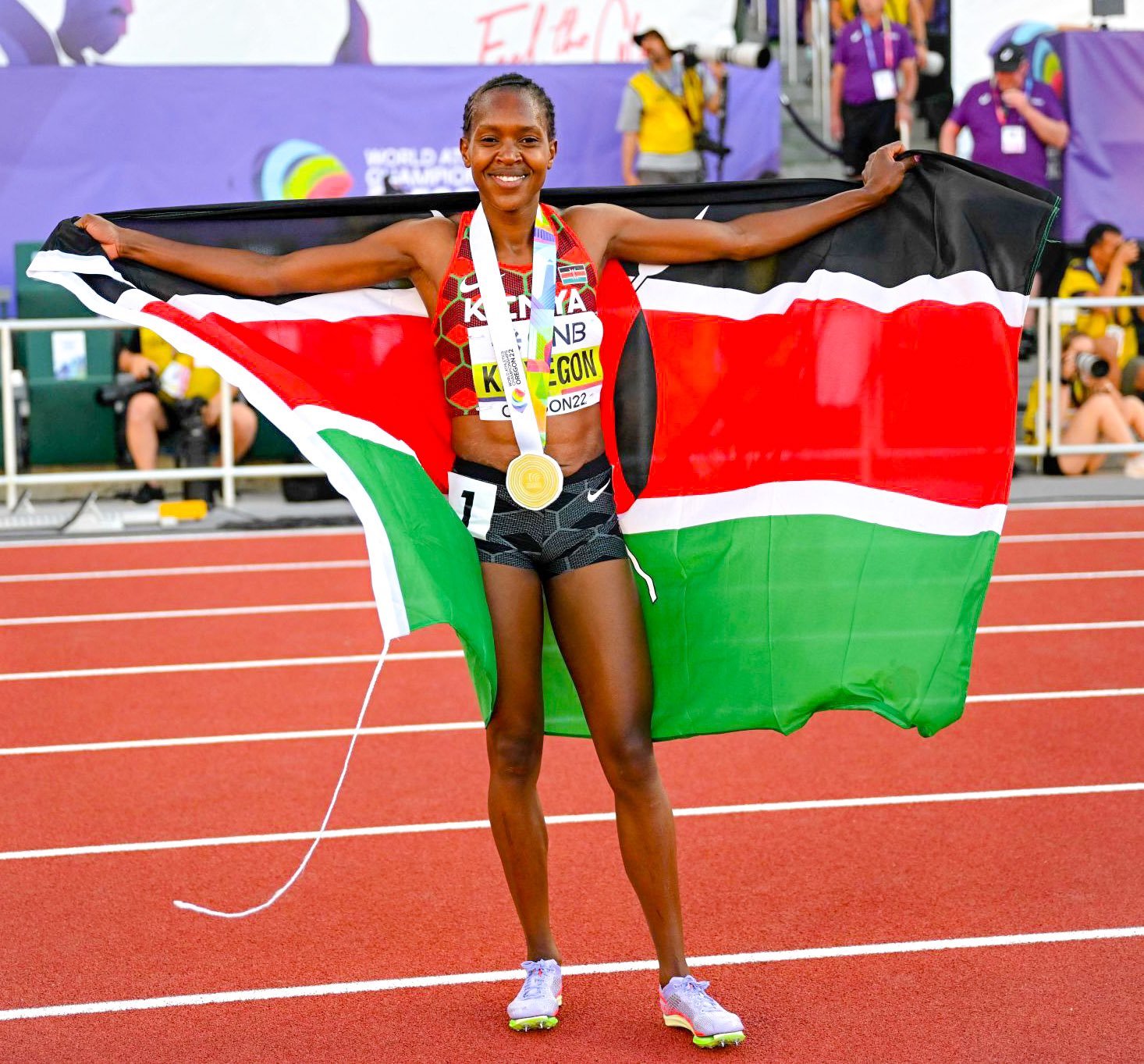 She dominated the race clocking 3 minutes and 59 seconds ahead of Ethiopia’s Gudaf Tsegay who claimed silver in a record time of 3:54.52, with Britain’s Laura Muir finishing in the third position with a bronze after clocking 3:55.28.

Kenya’s Hellen Obiri and Margaret Chelimo Kipkemboi are among the athletes who have so far won medals for Kenya In the women’s 10,000-meter race, still, coming in second and third in the competition in Eugene, Oregon a race that was won by Ethiopia’s Letesenbet Gidey.

Later on Sunday, Stanley Waithaka Mburu gained international sports attention after recovering from a fall to win a silver medal in the 10,000m race, a race that was won by Uganda’s Joshua Cheptegei. 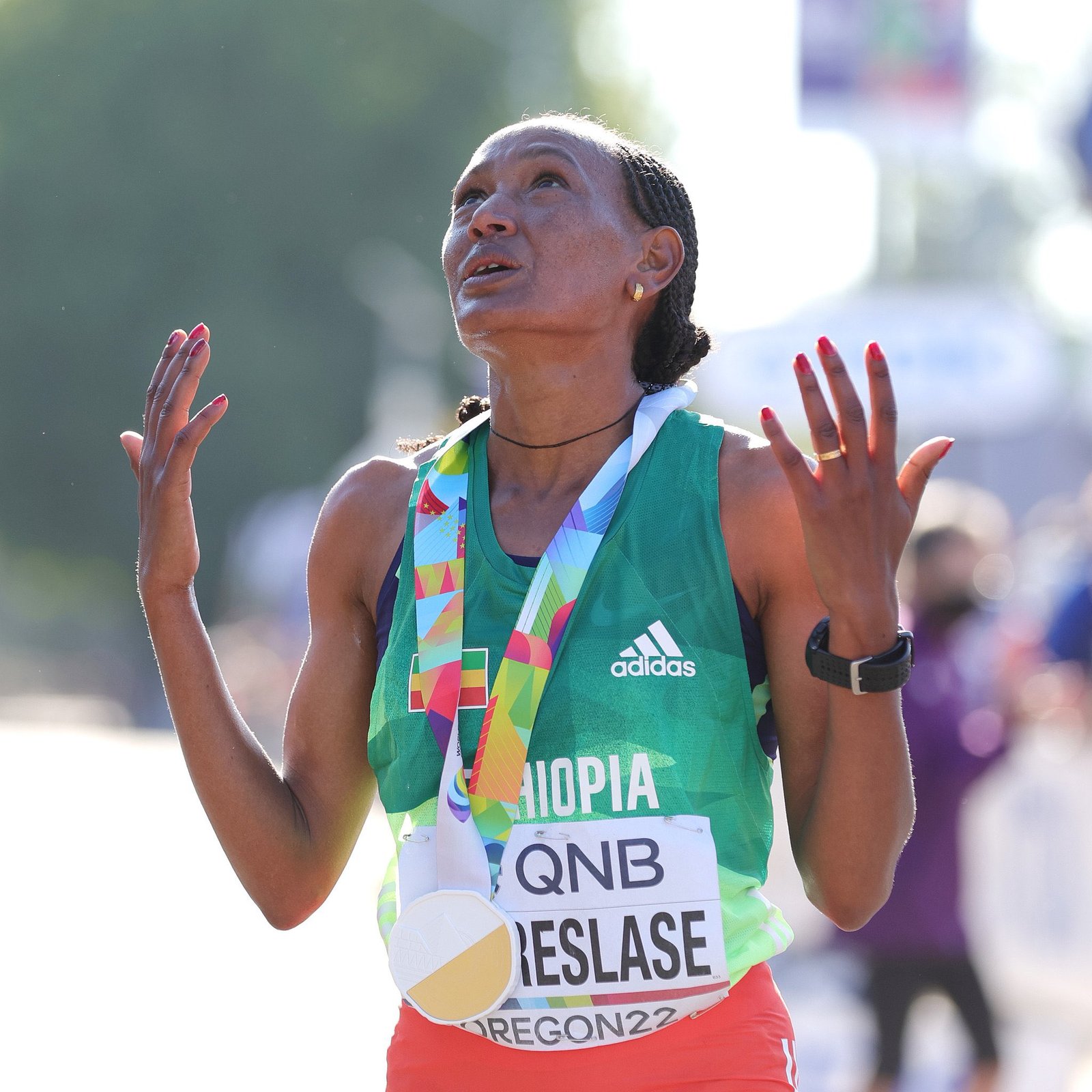 Gudaf Tsegay on Tuesday morning won the Silver medal in the 1500m race behind her Kenyan opponent Faith Kipyegon.

In a different discipline, the 30-year-old Tamirat Tola was the first athlete to complete the 42km race setting a world record where he won the race clocking a time record of 2h05’36’ a win that saw him win the gold medal.

Moniset Geremew won the silver medal after finishing second in the same race.

Their third medal was from Letesenbet Gidey who clinched gold in the women’s 10,000-meter race that went down on July 17.

At the 2019 World Athletics Championship, she finished in the second position winning a silver medal, and later participated in Tokyo 2020 Olympics where she finished third winning a bronze medal in the same discipline.

Just like Kenya and Ethiopia, Uganda has something in its bucket too having won their first medal through Joshua Cheptegei in 10,000m a race that they also won a bronze medal after Jacob Kiplimo finished third behind Kenya’s Stanely Waithaka Mburu.