Stephen Curry is undoubtedly one of the best players in the history of the NBA. The American professional basketball is currently playing for the Golden State Warriors.

Stephen Curry is the best shooter in the history of the NBA. He has revolutionized the sport by inspiring teams and the players to routinely utilize the three-point shot.

The NBA star has been impressive over the years. However, the 2021-22 season has been one of the seasons he will remember for the rest of his life. Curry led the Golden State Warriors to their fourth championship in eight seasons after defeating the Celtics in six games played in the 2022 NBA Finals. After a very exciting season, Stephen Curry was crowned Finals MVP for the first time in his career. The 2021-22 NBA season is a historic for the Warriors’ hero.

This article will examine the moments that define Stephen Curry’s historic 2021-22 season.

Stephen Curry scored a season-best 50 points in a blowout victory against the Hawks. It was the tenth time the NBA star scored 50 or more points in his career.

Only nine players in the history of the the NBA have scored 50 or more points than Stephen Curry. The list has some legendary names such as Michael Jordan, Wilt Chamberlain and LeBron James.

The State Warriors have the best record in NBA history of 21-4 start due to Stephen Curry’s brilliance.

Curry received 94 out of 100 first-place votes for MVP from media members making him the early front-runner for the award. The 94 per cent is the highest number of first-place votes received in any of the straw polls. Well, it was quite clear that the Golden State Warriors star would win the MVP.

Stephen Curry won his first-ever MVP this season. He was nothing short of brilliance in the 2022 NBA Finals when he averaged 31.2 points, six rebounds, and five assists on 43.7 per cent shooting from the 3-point range and 48.2 per cent from the field.

His impressive performance and efforts earned him the Finals MVP.

Curry has now won one Finals MVP, four Championships, One Western Conference Finals MVP and two regular-season MVPs. He has achieved eight All-Star selections and eight All-NBA selections. He will go down in history as one of the best NBA players the world has ever seen.

The turning point is undoubtedly one of the moments that define Stephen Curry’s historic 2021-22 NBA season. Curry delivered an all-timer when the Warriors needed it most.

NBA fans will remember how he helped Golden State Warriors to a 107-97 victory when trailing the Celtics 2-1. It was the first of three straight victories for Golden State, which made a turning point in the finals. Curry knocked down seven 3s, the third-most ever in a Finals game.

Stephen Curry has been struggling at All-Star Games over the years. However, things worked out well for him this season at the All-Star Games.

Curry, who was voted in as a starter, led Team LeBron to victory with 50 points. He knocked down 16 3-pointers,, the second highest-scoring performance in the All-Star game history game. The 16 3-pointers were also the most 3s ever made in an All-Star Game.

It was not a surprise to see Curry named All-Star Game MVP.

Stephen Curry might never forget the night of December 14, 2021. The Golden State Warriors star knocked down the 2,974th 3-point of his career in a win over the Knicks at Madison Square Garden. The achievement moved him past Ray Allen for the most 3-pointers in the history of the NBA.

Curry is currently the first player to reach 3,000 career 3-pointers. 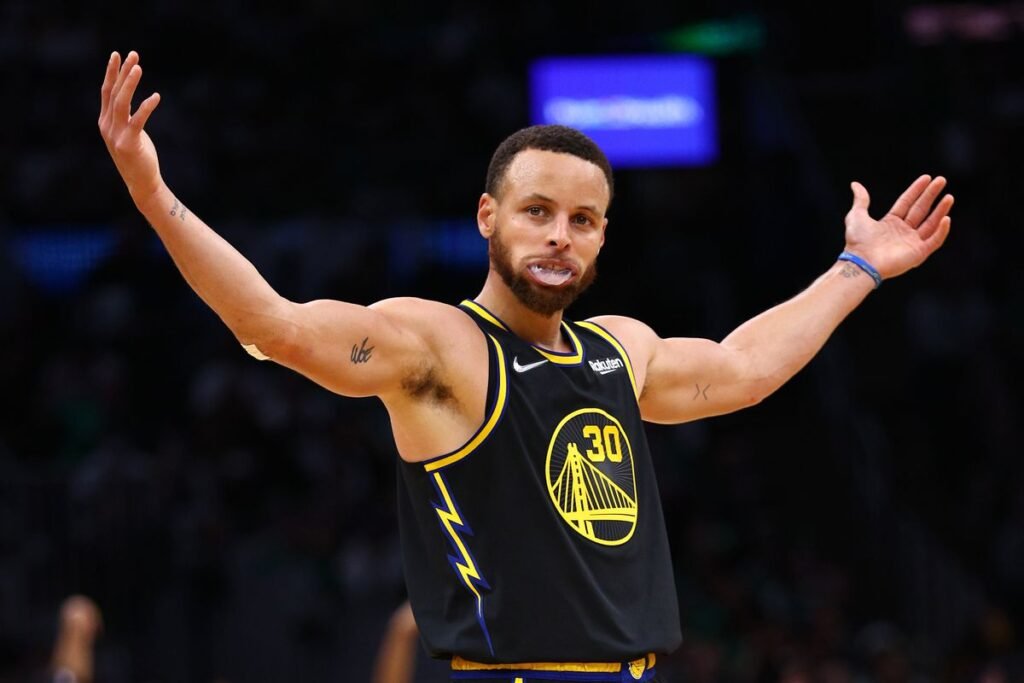 7. Coming off the bench

NBA fans might easily forget that Curry started Golden State’s championship run coming off the bench. He missed the final 12 games of the regular season with a sprained ligament in his left foot. He, however, returned in time for the first game of the play-offs.