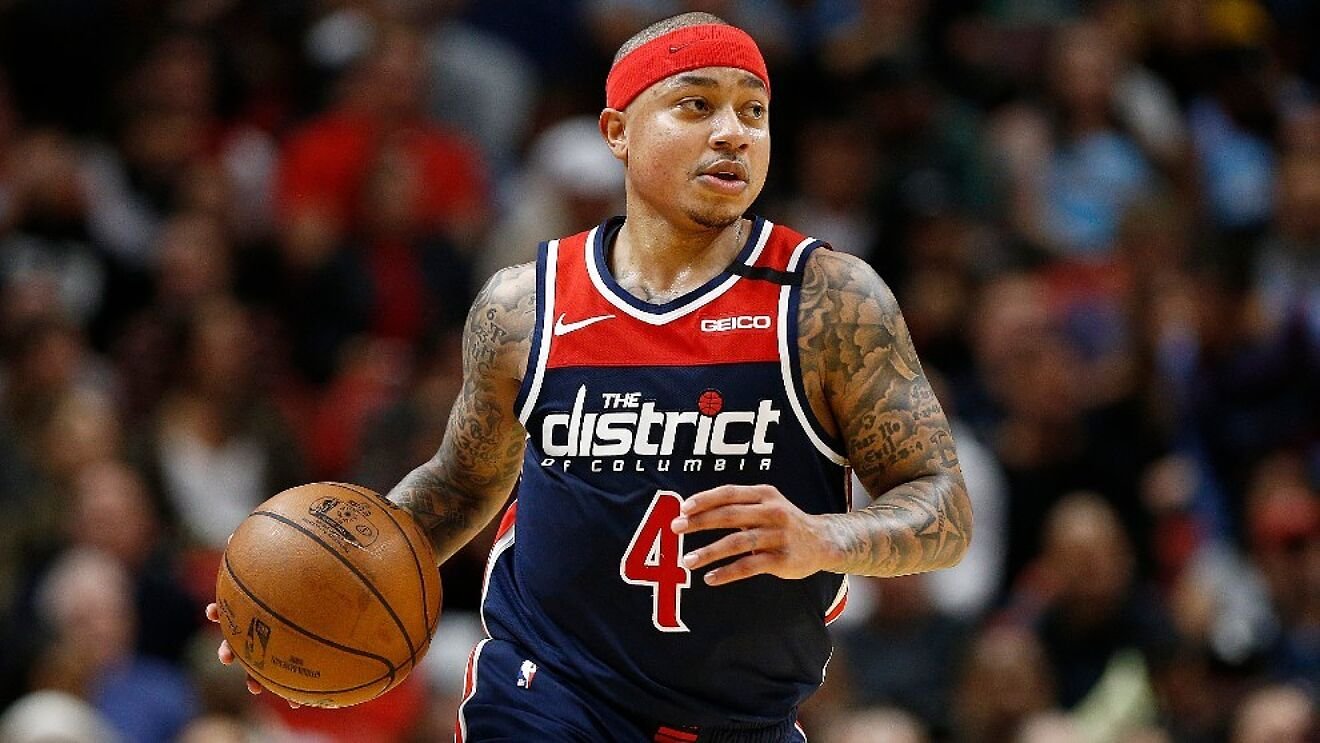 The point guard plays a very crucial role in NBA games. The point guard runs the offence and is usually the team’s best passer and dribbler. They also defend the opponent’s point guard and try to steal the ball from the opposition.

Point guards are playmakers, magicians, and the guys with the ball on a match most of the time.

It’s hard to list the greatest point guards in the history of the NBA as many players have done the job well. This article will focus on the stats and other things that separate the best point guards from the rest.

Earvin Johnson is one of the complete NBA players of all time. The 206 cm tall basketball player was nicknamed ‘the magic’ due to his ability on the court during games. Johnson’s skill can hardly be described in words.

Johnson splashed the ball like a whip on the field, ending up exactly where he wanted. Magic’s additions are world-renowned, and there are no ordinary passes. The legend did everything that he could on the pitch.

The former Los Angeles Lakers star played alongside players without having to be the main man on the team. He played his role of dunking the ball and scoring whenever he could.

However, Magic could also play in any position on the NBA court. He proved that when playing as a rookie, taking part in the sixth game of the NBA Finals. He played in several different positions in that match. Magic did his best and became the first and only player to be named MVP of the finals in his rookie season.

The legend retired at 37 in 1996 after averaging 19.5 points. Magic was a champion five times in his basketball career. He is a member of the NBA Hall of fame due to his impressive gameplay.

Isiah Thomas is a famous ‘Detroit Bad Boys’ member and one of the best playmakers in basketball history. 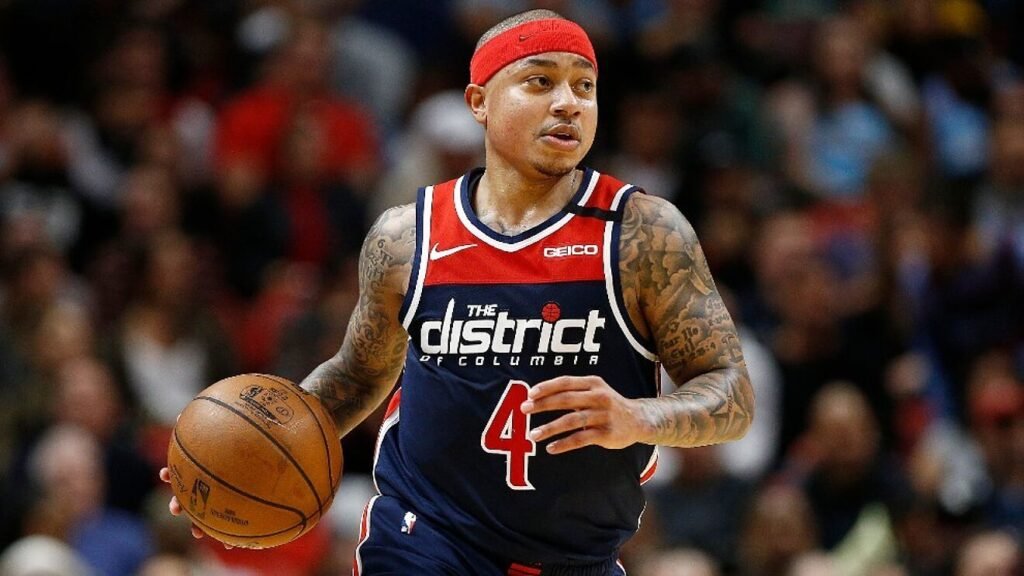 He came from humble roots and ended his career as a Detroit Pistons legend. Thomas exemplifies how anything can be achieved through faith in yourself and hard work.

The American basketballer is among the few to beat Michael Jordan in the best days of his career. It happened when he eliminated the Bulls three times in a row.

Thomas is in the history books as one of the best point guards of all time. He played 13 seasons for the Pistons and was part of the All-Star 12 times. In his career, the Pistons legend averaged 19.2 points, 9.3 assists, and3.6 rebounds.

John Stockton is a true basketball maestro who brought the pick and roll game to perfection. He is one of the best tandems in NBA history.

Stockton is by far the player with the most assists and stolen balls in NBA league history. He can be described as an excellent shooter and defender.

The legend spent 19 years in Utah and led his team to the playoffs for 19 seasons. He reached the NBA Finals in his career and lost to Chicago Bulls both times.

The legend is widely considered to be one of the best passers of all time. He averaged 13.2 points, 10.5 assists, 2.2 stolen balls and 51% shots from the game.

Oscar Robertson, popularly known as the triple-double machine from Cincinnati, is the player with the most triple-double performances in NBA. Oscar did everything on the court, from scoring to assisting.

The legend who spent most of his career days with the Cincinnati Royals won the 1964 MVP award.

Robertson averaged 25.7 points, 7.5 rebounds and 9.5 assists during his basketball career. He achieved All-Star 12 times in his career and three times MVP of All-Star games.

Jason Kidd is undoubtedly one of the most intelligent players to ever step on the NBA court. He is a perfect definition of a playmaker and a basketball genius on the court.

He played an important role in improving the game of all players around him. He is discussed as a master point guard as some of his assists are still circulating on the internet.

Kidd was also a great defender and a great jumper on the field. Kidd averaged 12.6 points, 8.7 assists and 6.3 rebounds. 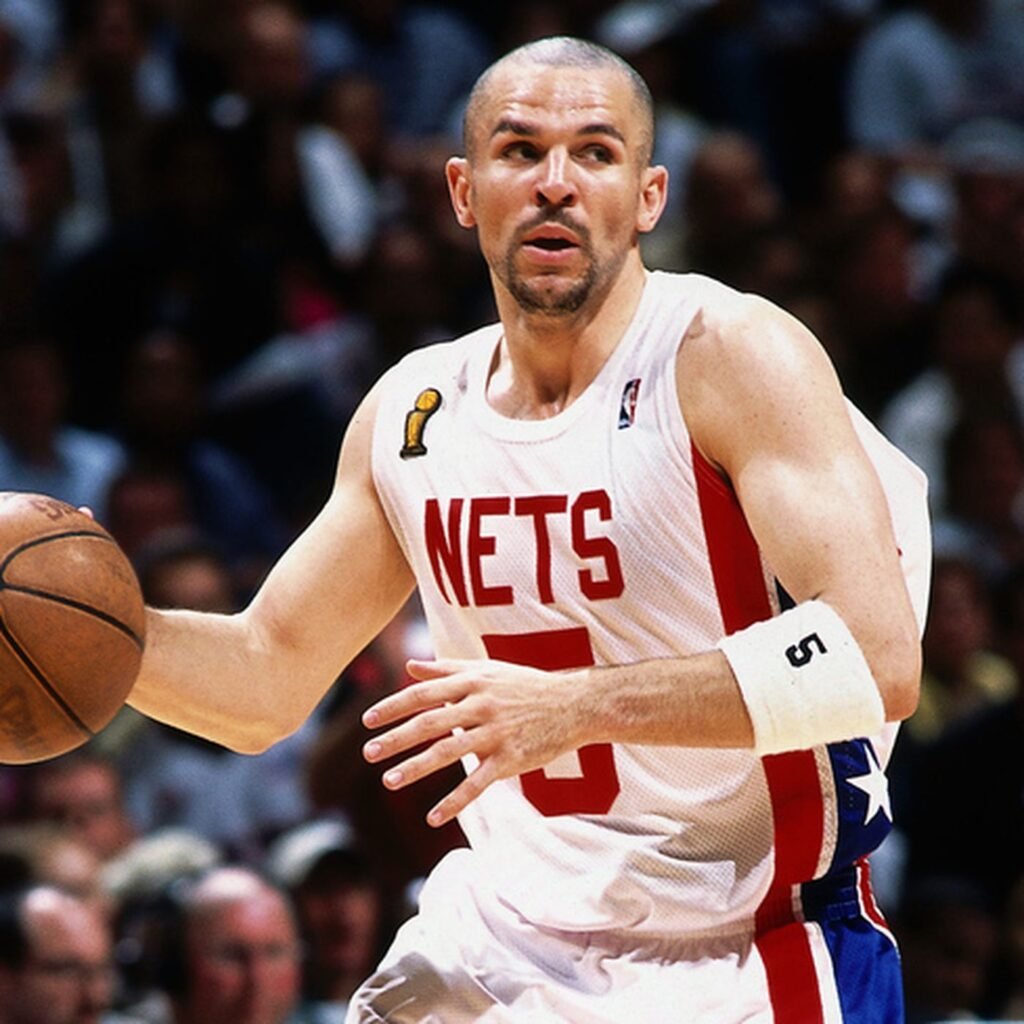