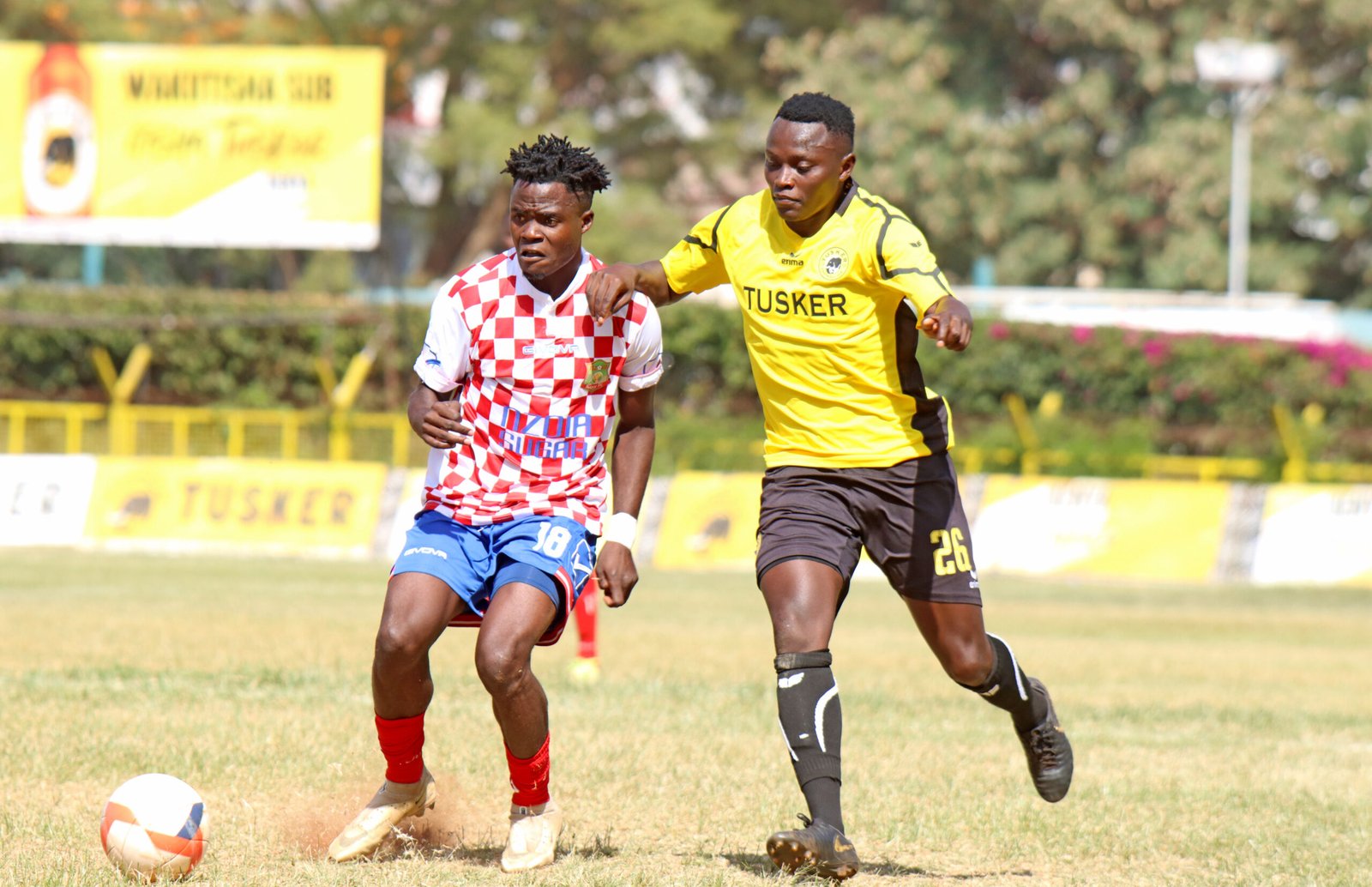 Defending champions Tusker FC let fate slip out of their hands after dropping two points in a 2-2 draw with Nzoia Sugar at their Ruaraka Complex backyard on Sunday.

Tusker however remained top of the standings with 57 points, only sitting ahead of second-placed Kakamega Homeboyz on goal difference. However, Homeboyz have one match more to play. While Tusker have two matches remaining, the Kakamega-based side has three.

“We didn’t play well today and we were punished for lack of concentration. But we will not give up. We will continue to fight and hopefully we can retain our title. All is not lost,” said Tusker FC coach Robert Matano.

The brewers will now cross their fingers that Homeboyz falter and lose one of their three remaining matches for them to defend their title.

Against Nzoia, they would have easily put themselves in a better chance had they picked maximum points.

But, they found themselves on the backfoot for most of the start with the Bungoma based side eager to lift themselves further away from the relegation zone.

The visitors had the first chance at goal with Joseph Mwangi’s snap shot from distance being turned behind for a corner by Patrick Matasi. The custodian made another save from the setpiece, this time keeping off James Kibande’s header at the near post. 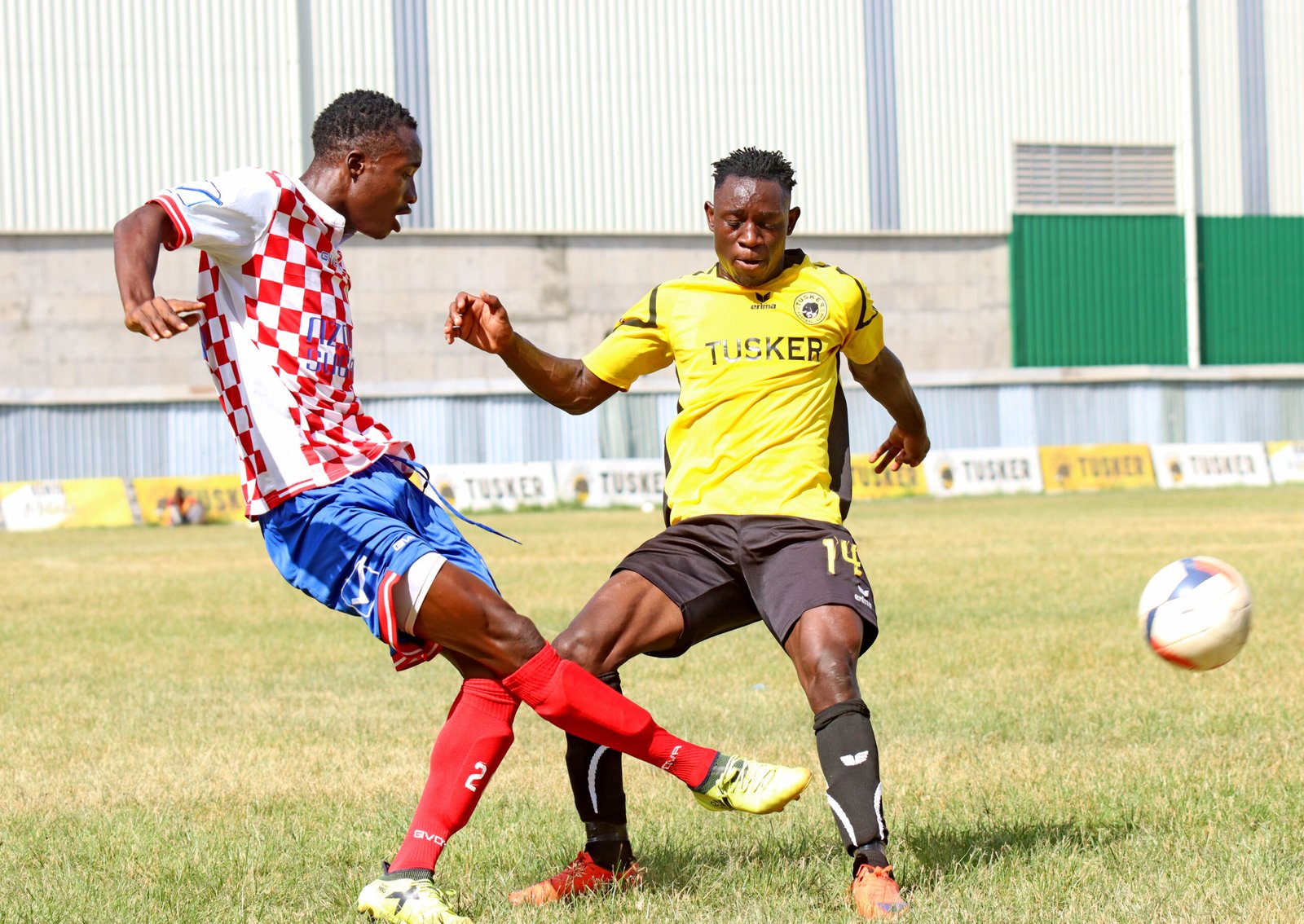 The brewers survived once again when Matasi spilled a cross from the right with a goalmouth melee resulting but finally the home side cleared.

Tusker slowly grew into the game and had two chances. In the 19th minute, John Njuguna curled in a freekick from the right which Humphrey Katasi turned over.

The brewers finally had their goal in the 39th minute when Joshua scored with his second attempt after the first off a header from Isaac Kipyegon’s came against the crossbar.

In the second half, Nzoia came stronger and they threatened once again in the 54th minute, this time Christopher Oruchum clearing off the line from another cross.

They kept the pressure and scored twice in two minutes in a similar fashion, both from set-pieces. They leveled in the 70th minute, Mwangi heading home at the back post after Patrick Matasi came off his line and failed to put a hand to Kibande’s freekick.

Twoi minutes later, Tusker conceded another setpiece goal, Kibande once again delivering and Ian Karani, perhaps the shortest man inside the box, sneaking between the defense to head in past Matasi.

Tusker were rattled and the two quick goals threw them off balance. 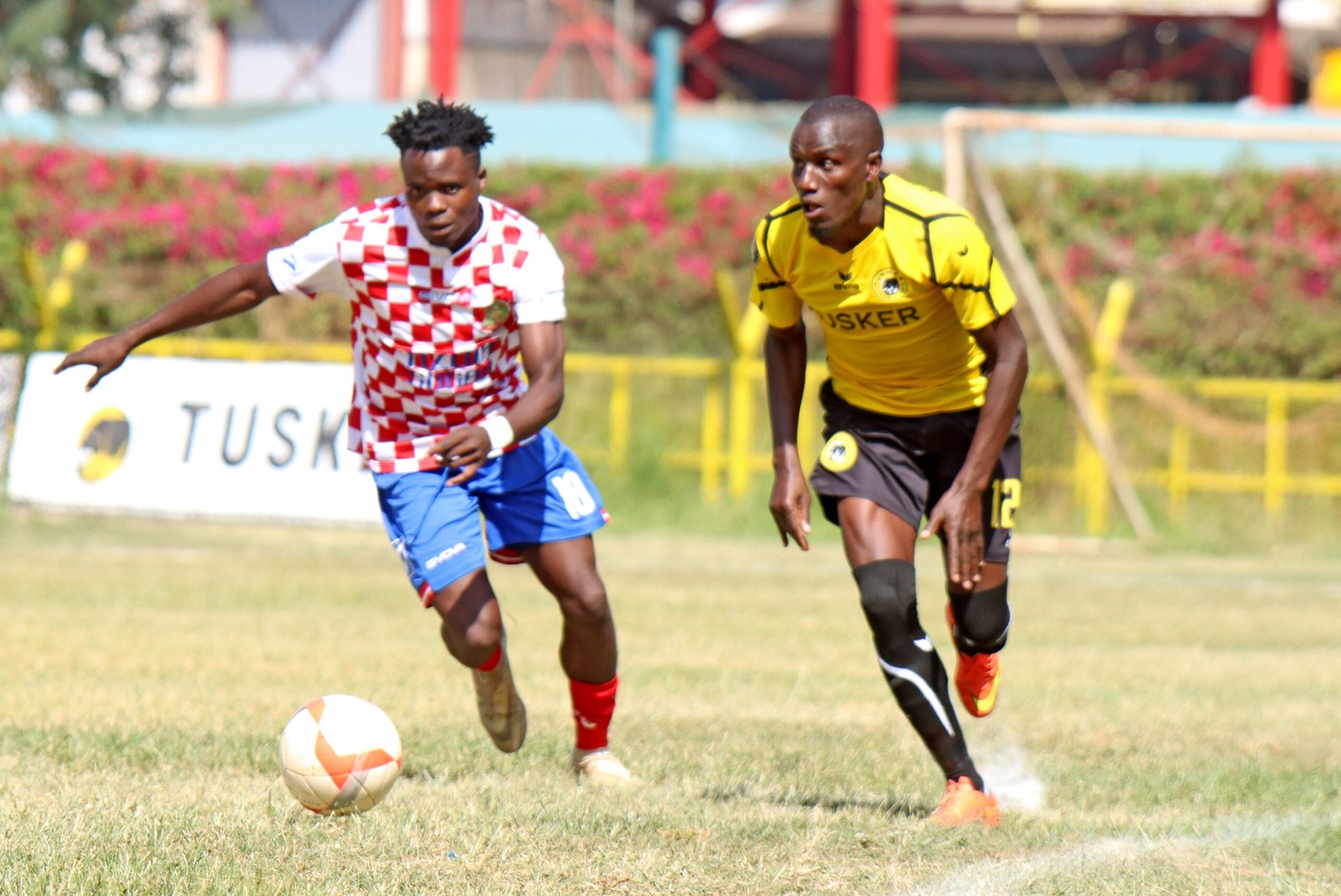 However, they found a route back into the match when Joshua added his second of the day and his 11th this season with another headed finish, this time connecting to a brilliant delivery from Eric Zakayo.

Tusker had made offensive changes with Zakayo, Deo Ojok, and David Majak all coming in. Ojok, an off the bench goal-getter almost sneaked in the winner in the 82nd minute but couldn’t land his header from Kipyegon’s cross on target, the ball flying across the face of goal.

Meanwhile, Abdallah Hassan and Brian Otieno scored in the first half to give Bandari a 2-0 win over Kariobangi Sharks as they moved to 53 points, four shy of the leading duo. Bandari, just like Homeboyz, has a match more to play than Tusker.

They will hope that both top sides falter in at least two matches and they win all their remaining three to snatch the league title out of their hands.