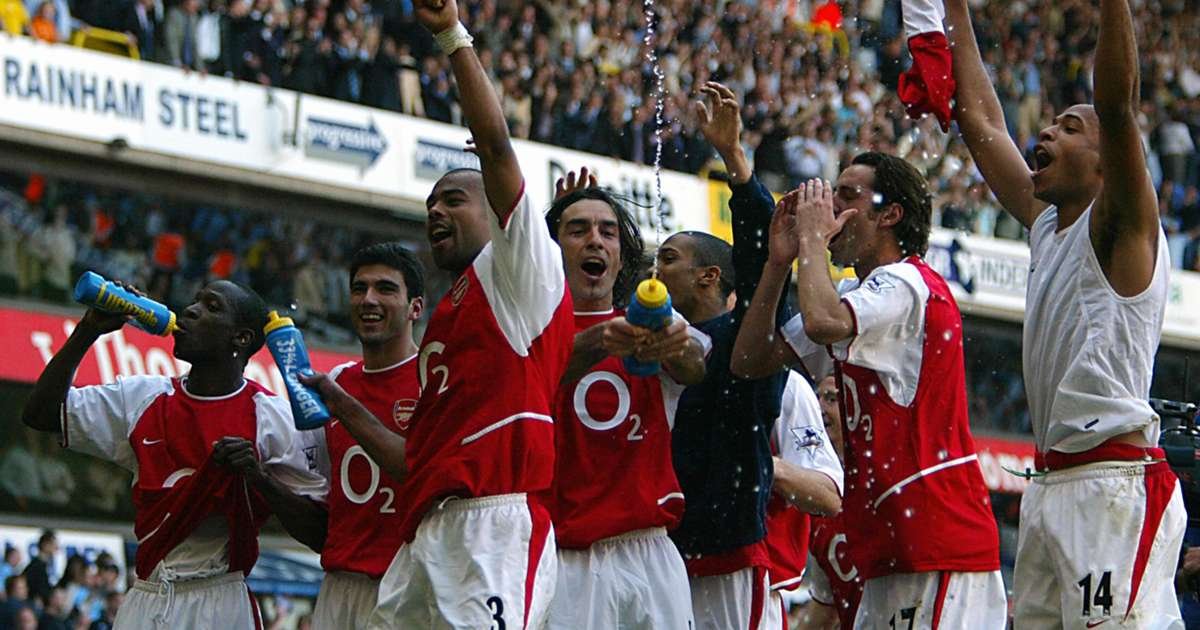 When we talk of the most iconic fixtures in English football, the north London derby is surely right up there.

The two sides from the Northern part of London, Arsenal, and Tottenham have played out some classic contests down the years, many of which have been goal fests.

But Thursday’s clash at the Tottenham Hotspur Stadium is arguably among the most important derbies between Spurs and the Gunners in the Premier League era, we all know the reason why and if you don’t, get this.

With three matches remaining, four points separate the two teams in the table – Arsenal occupy fourth, the final Champions League spot, while Spurs remain set on pushing them all the way.

Of course, Spurs will need Arsenal to drop points in one of their two remaining matches as well to have any hope of usurping them, but a victory for Antonio Conte’s men on Thursday will at least test the nerve of Mikel Arteta’s young and inexperienced squad.

Ahead of that game, SportsLeo looks back on some previous Premier League classics between the two giants.

That is precisely what the invisible Arsenal did in 2004 – though the game initially looked as if it would be more routine than it proved. Patrick Vieira – now the Crystal Palace manager, finished off a fine counter-attack just three minutes in, before another incisive move allowed Robert Pires to make it 2-0. Spurs fought back, with Jamie Redknapp and a late Robbie Keane penalty denying the Gunners the three points, but still, Arsene Wenger’s men danced away on the White Hart Lane turf at full-time.

The scoreline says it all, really. There have only ever been six Premier League matches with more goals scored than this 2004 classic. Remarkably, only two of the nine goals here were netted in the first half, with Noureddine Naybet’s volley cancelled out by Thierry Henry.

Spurs were constantly playing catch-up thereafter, with Jermain Defoe pulling one back after Lauren and Vieira increased the Gunners’ lead. Freddie Ljungberg and Pires just about put the game beyond the hosts, though Fredi Kanoute capitalised on a Henry error two minutes from time to force a tense finale.

David Bentley’s stunning early opener was a sign of things to come in what ended up being another Premier League classic. Arsenal ultimately found themselves 3-1 up in the second half thanks to goals from Mikael Silvestre, William Gallas, and Emmanuel Adebayor, and just a few moments after Darren Bent seemingly got the visitors back in the contest, Robin van Persie smashed in to make it 4-2.

But back came Spurs. Jermaine Jenas’ 89th-minute curler breathed life into their fightback and, deep into stoppage time, Aaron Lennon buried a rebound after Luka Modric’s effort was deflected onto the post.

This was a momentous day for Spurs, who ended 17 years of frustration and torment by clinching their first win at Arsenal since 1993 – not that an away win always looked plausible. Tottenham players celebrate after scoring the third against Arsenal in the Premier League at the Emirates Stadium on November 20, 2010. | PHOTO: Getty Images |

Arsenal was seemingly on course to go top of the Premier League when Samir Nasri and Marouane Chamakh had them two up, but Gareth Bale’s excellent strike halved the deficit and Rafael van der Vaart levelled from the spot following a blatant handball by Cesc Fabregas. Younes Kaboul was the unlikely hero, glancing home a late header from a Van der Vaart free-kick.

That’s right, 2010-11 served up two courses of north London derby drama as Spurs dealt Arsenal’s dwindling title hopes a near-fatal blow. The Gunners, just as they did at home a few months earlier, squandered a two-goal lead and were left facing the likelihood of another trophyless campaign.

Theo Walcott and then Van der Vaart struck in the first seven minutes, before Nasri and Van Persie ensured Arsenal were 3-1 to the good by the 40th minute, but Tom Huddlestone’s typically thumping finish on the stroke of half-time had Spurs back in the hunt. Van der Vaart then sealed Spurs a deserved point from the spot in the second half.

A disappointing season to the season that followed for the Gunners as their title aspirations ultimately faded, with fourth the best they could muster.

How times change – it’s fair to say they’d have snapped your hand off at the start of the season if offered fourth this term, and Thursday’s derby will likely be decisive in determining which of the two clubs takes it.

Demands too high: Newcastle pulls out of the race in pursuit for Lingard
Tottenham thrash Arsenal to keep Champions League hopes alive