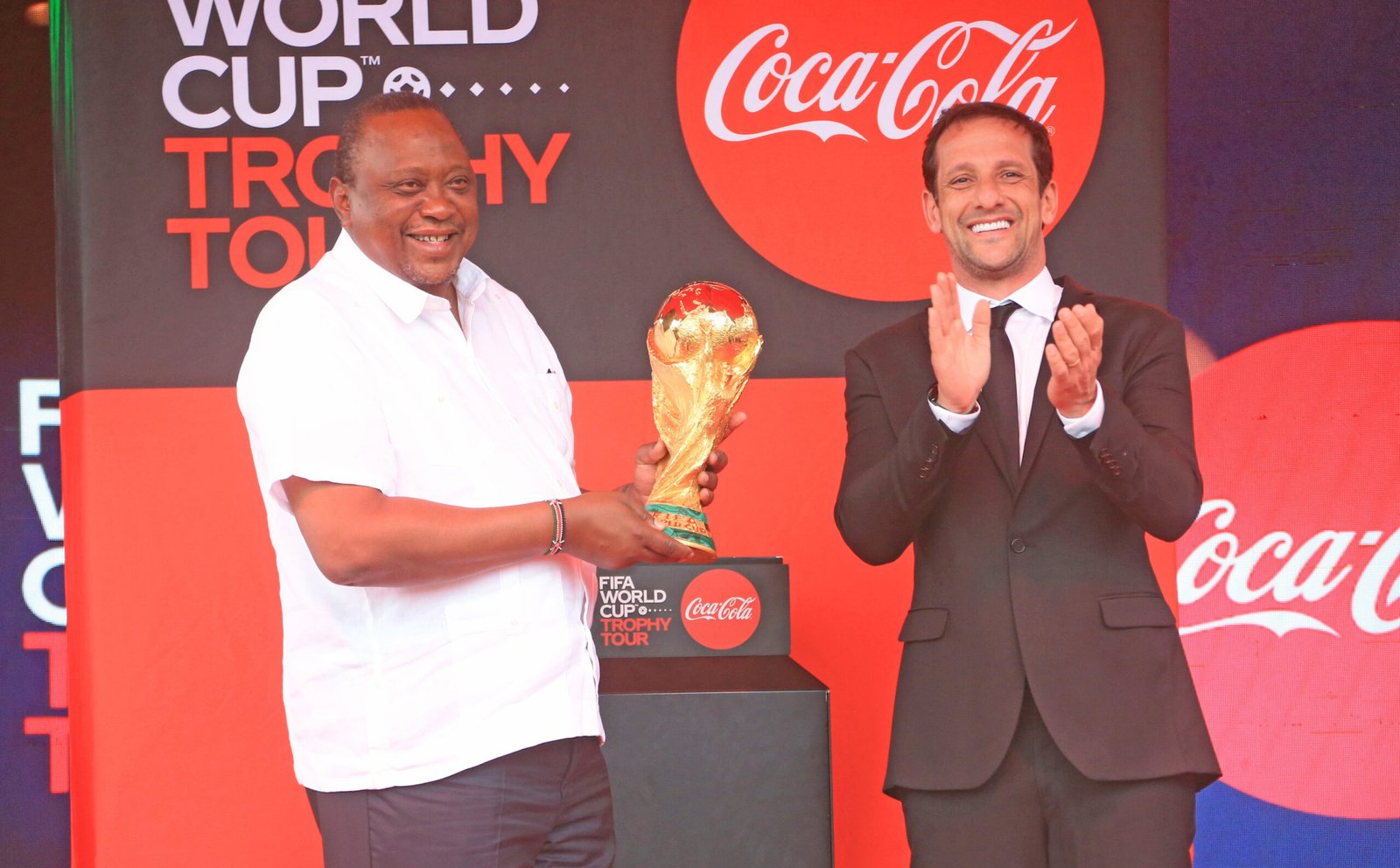 President Uhuru Kenyatta on Thursday afternoon received the FIFA World Cup Trophy at State House Nairobi, as the iconic global piece of silverware kicked off its two-day tour of the country.

The trophy arrived in Kenya at around 12:30 pm and was received by Sports Cabinet Secretary Amina Mohamed, his Tourism counterpart Najib Balala and Betty Maina of Trade and Industrialisation. Also, present to receive it at the Jomo Kenyatta International Airport was the Qatari Ambassador to Kenya.

It then moved to State House, where it was received by the Head of State.

“It is a great pleasure as a country to host the World Cup trophy. The World Cup remains the greatest sporting extravaganza and today is a moment of honor for Kenya. The presence of this trophy now for the fourth time is without a doubt an inspiration for football and our youth giving them an objective to achieve greater football success,” said President Kenyatta.

Belletti, a World Cup winner with Brazil in 2002 and a Champions League winner with FC Barcelona in 2006 accompanied the trophy from Ethiopia and said he was delighted to be in Kenya.

“It is a great honor to be in this country and I am really looking forward to meeting with the fans and having a great time,” he said after arriving in the country. 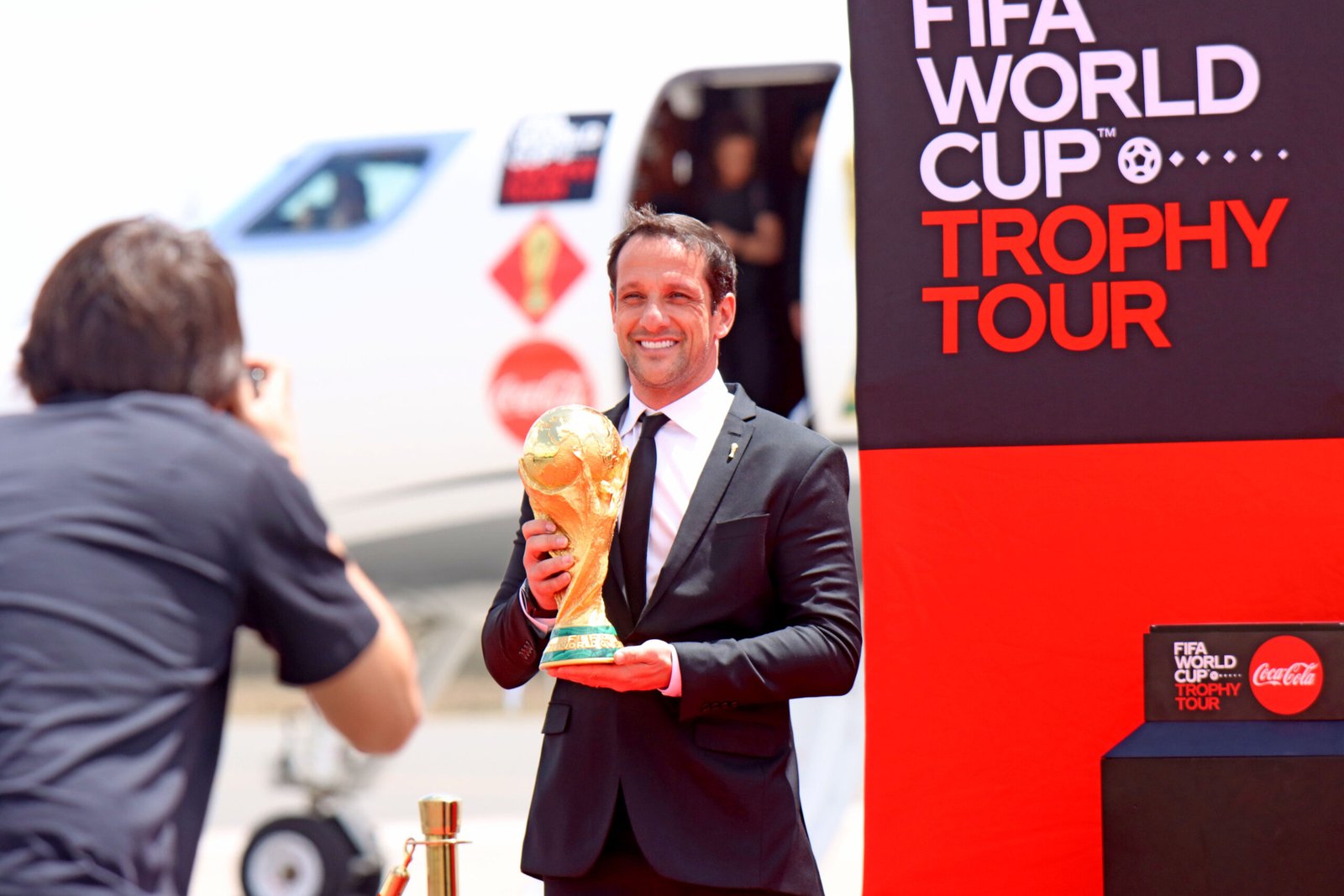 According to FIFA rules, only past winners and heads of state are allowed to touch the trophy. Belletti walked down from the plane with it before displaying it to the waiting media at the airport and received by high-ranking Government officials.

The heavily guarded trophy will be displayed at the KICC Grounds on Friday where fans will be allowed to view and take photos with it.

“We are happy that Kenya has been chosen as one of the nine African countries to receive the FIFA World Cup Trophy and we hope this will be an inspiration for the country to not only participate but one day, win football’s ultimate prize,” said Debra Mallowah, Coca Cola East, and Central Africa Franchise vice president said as she received the trophy.

Her sentiments were shared by President Kenyatta who said that the government will continue investing in the sport to ensure that one day, the Harambee Stars will play at the tournament. 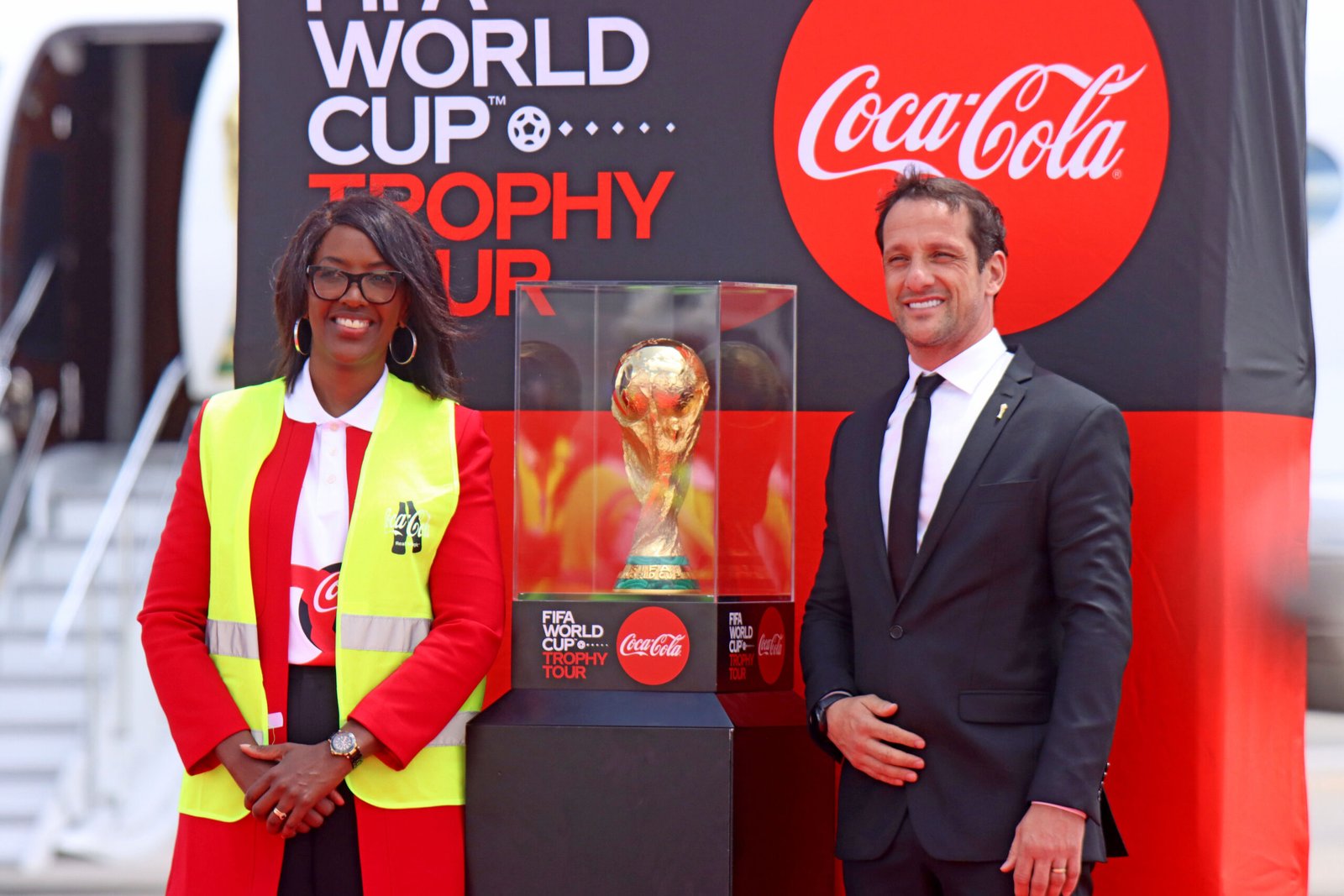 “As our budding talents move to realize this goal, the government is committed to making more investments and hopefully we make it a reality that our aspiration of qualifying and hopefully, one day winning the trophy are achieved,” said the Head of State.

The President said it was an honor to receive the trophy and adds that is hows Kenya has great potential to not only qualify for the tournament but also win it.

The Trophy is on a tour of 51 countries before it heads to Qatar for the ultimate Tournament in November. Kenya is one of nine African countries where it will make a stop. 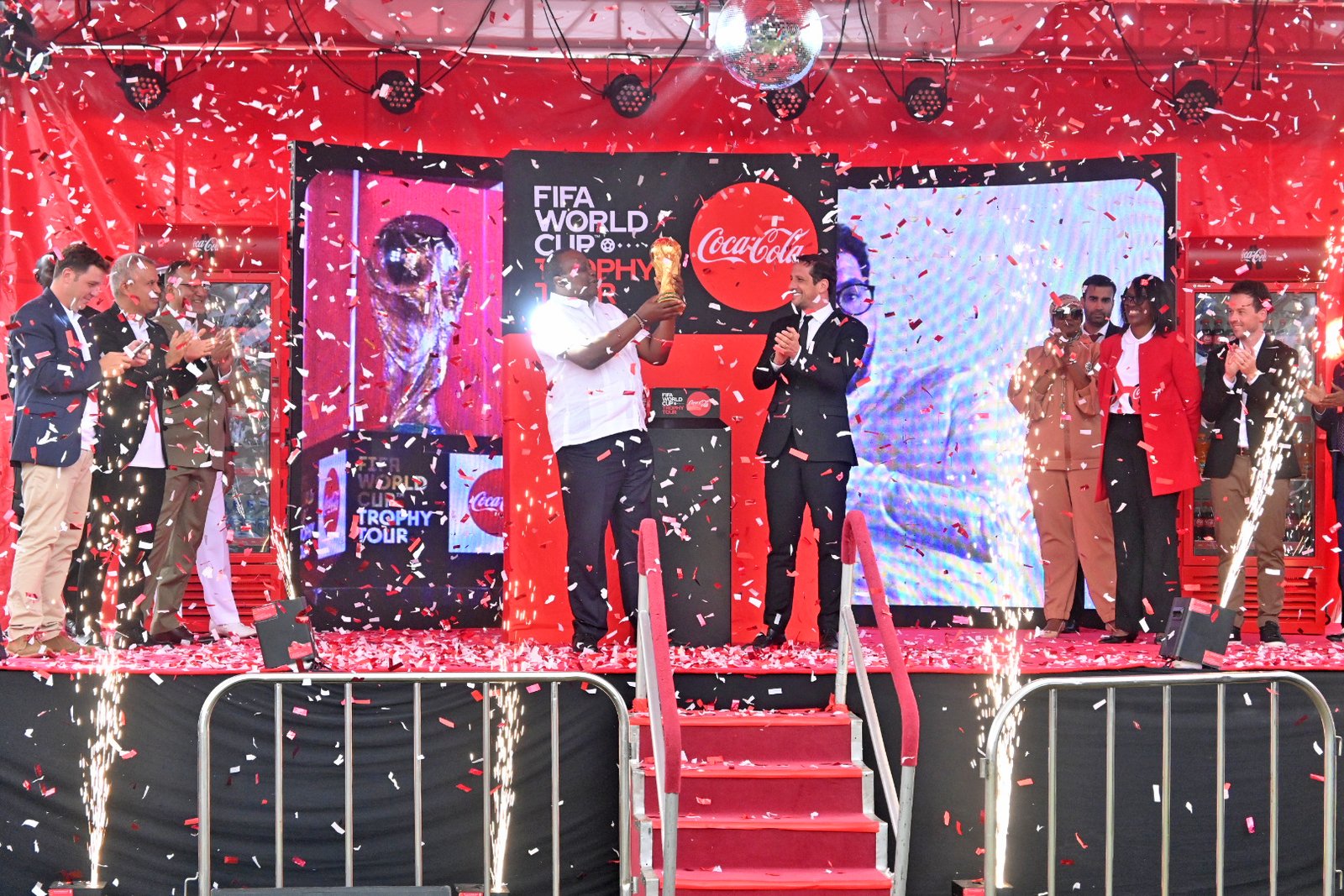 For the first time ever, the tournament will make a stop in each and every country that has already qualified for the World Cup.

Africa will be represented at the tournament by Morocco, Tunisia, Senegal, Ghana and Cameroon.