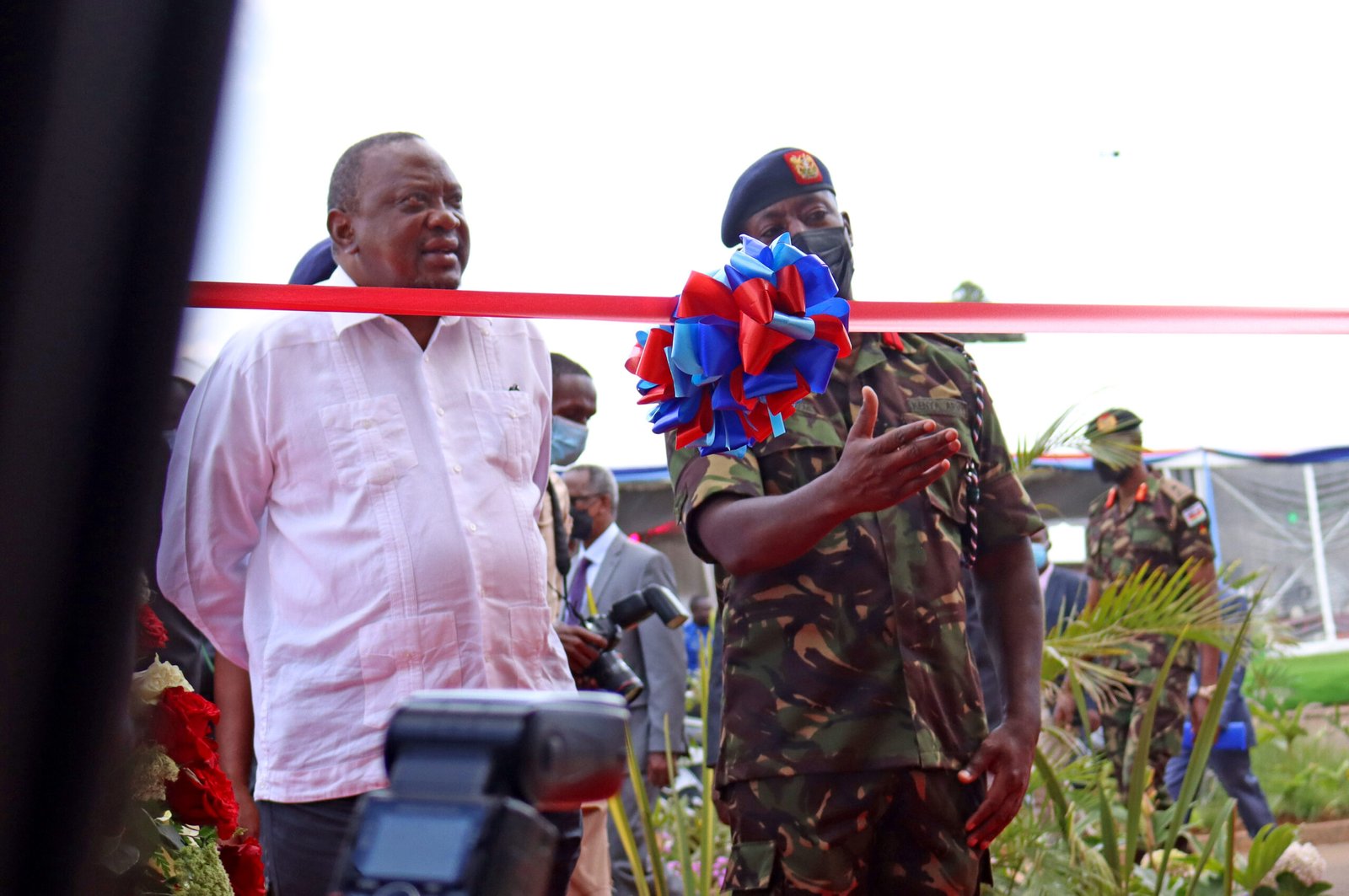 The stadium whose construction started in October 2020 is 70pc complete. The outdoor stadium which hosts offices, a football field which can also be used for rugby as well as an athletics track is almost ready for use.

The indoor arena which can host basketball, volleyball and handball as well as the aquatic centre are halfway complete. The complex will also host a wellness centre, with a fully equipped gym.

There is also an outdoor court and a tennis court.

“I am delighted to be here today to commission this stadium that shows that we can achieve great things as a nation if we talk less and work more. I want to Congratulate the Kenya Defence Forces for this noble idea and I hope that it will spur more sporting prowess in the military,” said President Kenyatta as he opened the stadium.

The football stadium hosted an exhibition match between Ulinzi Stars and FKF Premier League champions Tusker FC, which ended in a 0-0 draw. 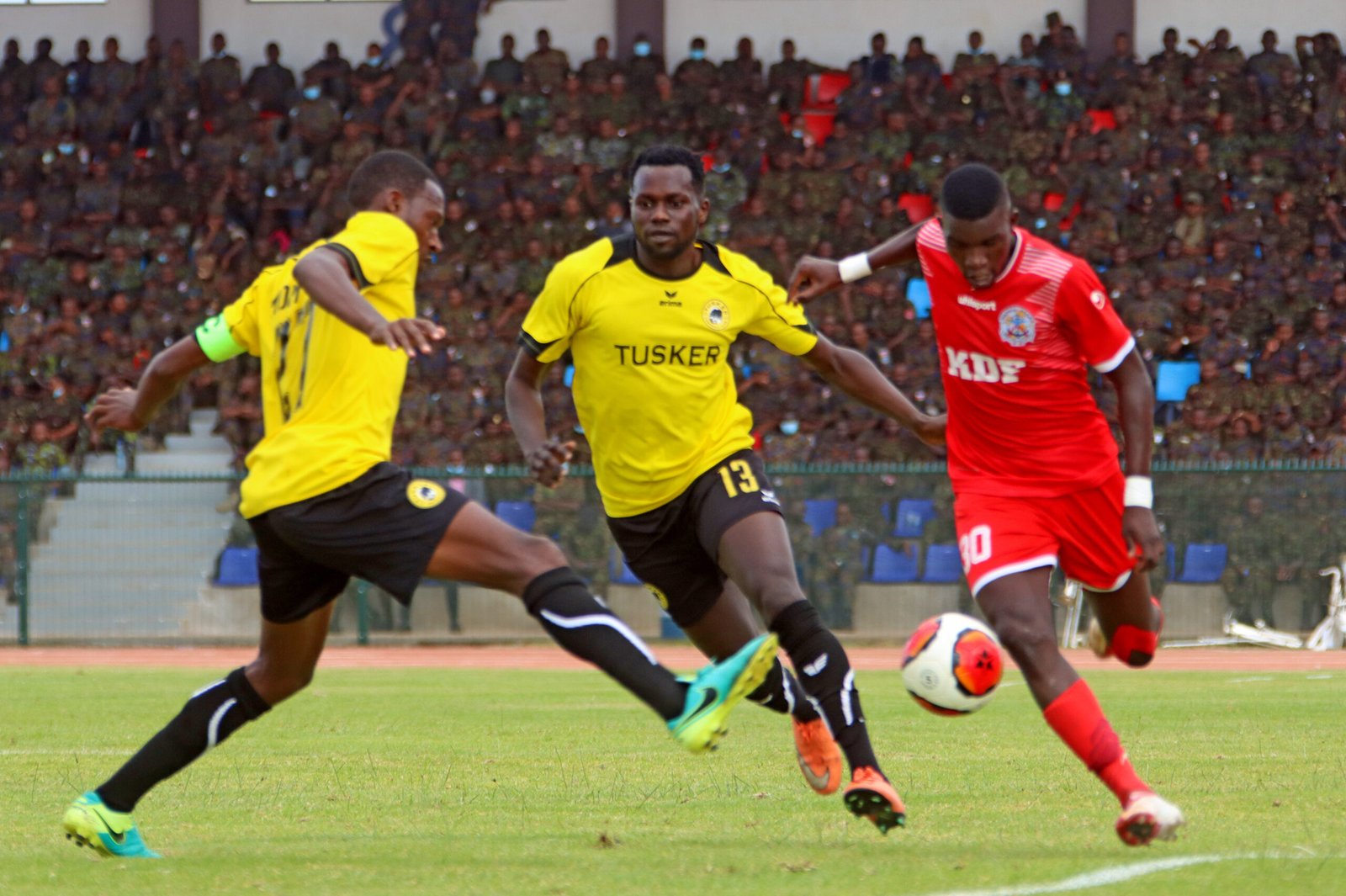 The exhibition match between Ulinzi Stars and Tusker FC

Defence Cabinet Secretary Eugene Wamalwa has announced that the facility will be able to host other non-military sporting events.

“This facility will be able to host other national sporting events in conjunction with the Ministry of Sports. This will be a massive facility which will help us give young people a chance to groom their talents,” said Wamalwa.

Chief of Defence Forces Gen Robert Kibochi has said that the facility is a massive step in improving sports in the military.

“It has been our dream to have our own facility where we can host our own sporting events and also give a chance to citizens to improve their wellness as well as nurture talent. I am delighted to be here today and to see this dream come true,” said the military boss.

Meanwhile, military sports teams have exuded their happiness in the facility which will help them train better and improve. 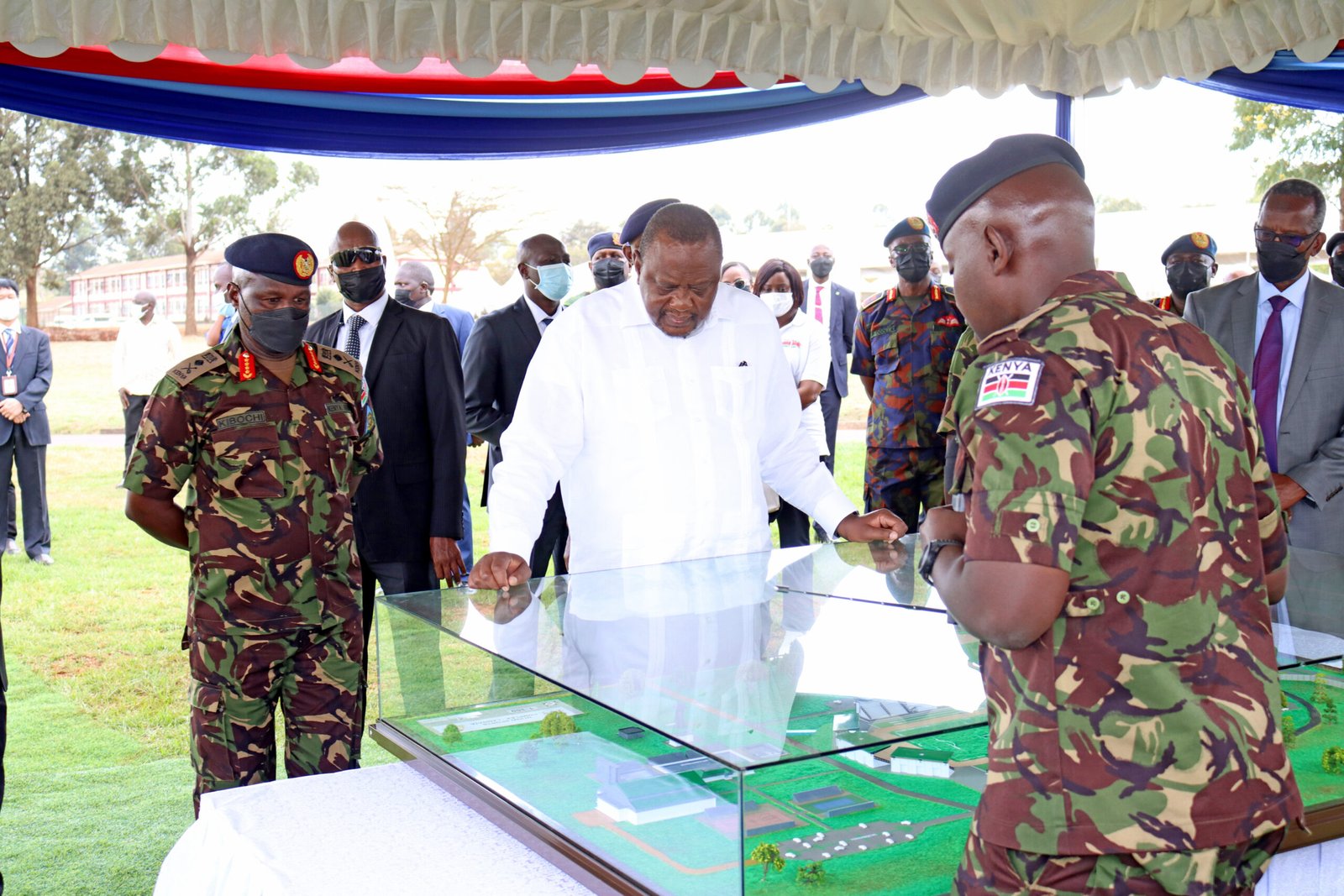 Presdent Uhuru Kenyatta being taken through the model of the stadium

“I am really pleased because as athletes we were suffering on where to train and most of the times we would be at Kasarani at Nyayo and most times they are not readily available. With this facility close by because most of us stay in Ngong, we are delighted and we will definitely train better,” said multiple world champion Hellen Obiri.

Ulinzi Warriors basketball team skipper Eric Mutoro said; “It is really great to have a gym of our own. We will host our matches here, train here and this is a great step for us,” he said.

Ulinzi Stars football team skipper James Saruni was equally pleased, with the team set to shift base from Nakuru to Nairobi.

“As a team, having our own home ground is a massive advantage. It will be great to welcome teams here and we are looking forward to that,” he noted.