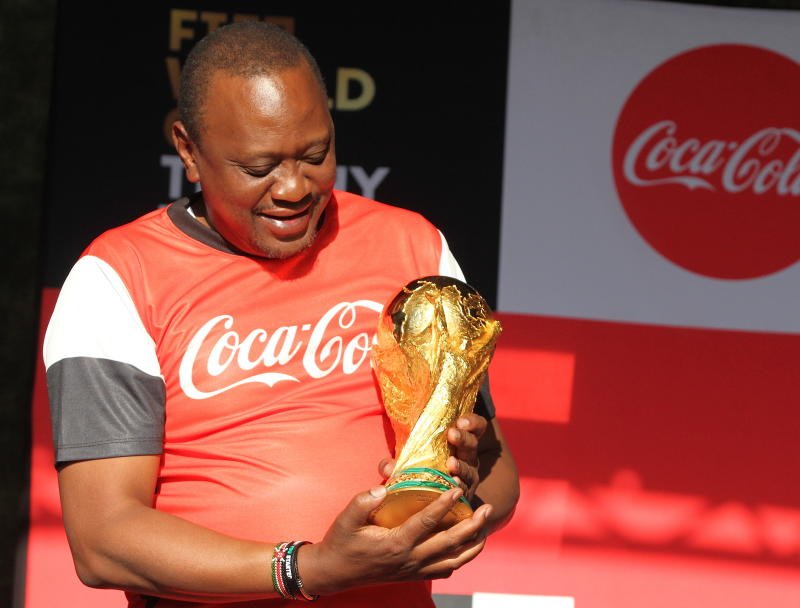 Five months before the whole world turns its attention to Qatar for the FIFA World Cup, the original trophy, currently on tour around the world, is scheduled to touch down in Nairobi on Thursday, May 26 for a two-day tour.

The trophy will be received at the airport by several dignitaries and will later be hosted at State House Nairobi by President Uhuru Kenyatta.

Fans will also be given a chance to view the trophy in an open concert at the KICC Grounds, courtesy of FIFA partners Coca-Cola.

The first phase of the trophy tour by Coca-Cola kicked off in Dubai last week and is expected to cover 22 countries between May and June, four of which are in Africa.

The African leg of the tour will kick off in Ethiopia where the trophy will be on display for two days between May 24th and 25th.  The trophy will be in Kenya on May 26th and 27th before moving to South Africa where football fans will get to view it from May 28th to 30th.

It will then return to Tanzania where it will be on display between May 31st and June 1st.

“Preparations to receive the World Cup trophy on track as we continue to engage all stakeholders to ensure that we have everything ready to welcome the trophy when it lands in Nairobi.” Said Isabel Kariuki, Frontline Marketing Director, East and Central Africa Franchise. 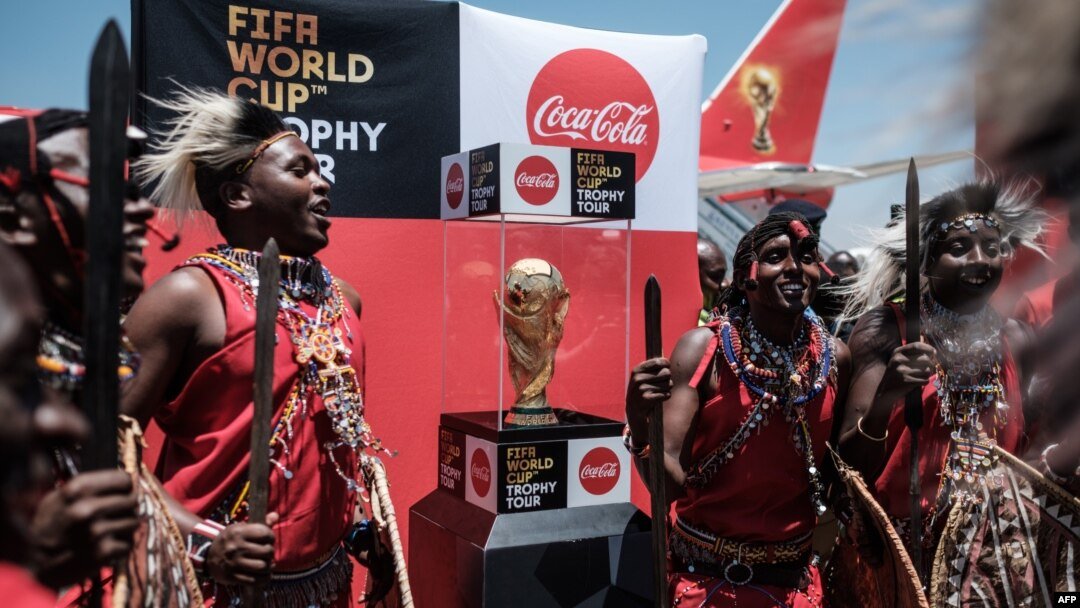 The plane carrying the Original FIFA World Cup trophy is expected to land at the Jomo Kenyatta International Airport on May 26, at 11:00 am and is expected to be received by various government officials and the Coca-Cola team.

Once the trophy is received at the JKIA, it will then move to State House where it will be officially received by H.E the President who will hoist it on behalf of Kenyans.

On the second day, May 27, Coca-Cola will host a consumer and public viewing of the trophy at the KICC all day where invited guests and the public will get a chance to view the trophy and take a photo with it.

The company is giving away 3,000 tickets to consumers who are participating in the ongoing FIFA World Cup Buy and Win promotion where they will get a VIP viewing experience of the trophy in Nairobi.

Football fans and other members of the public who will be interested to view the trophy will be required to purchase a 1.25Litre or 2Litres of Coke, Sprite or Fanta at the entrance of KICC to be able to access the venue to view the trophy.

During the public viewing event at KICC, Coca-Cola will host a concert that will be headlined by Sol Generation. 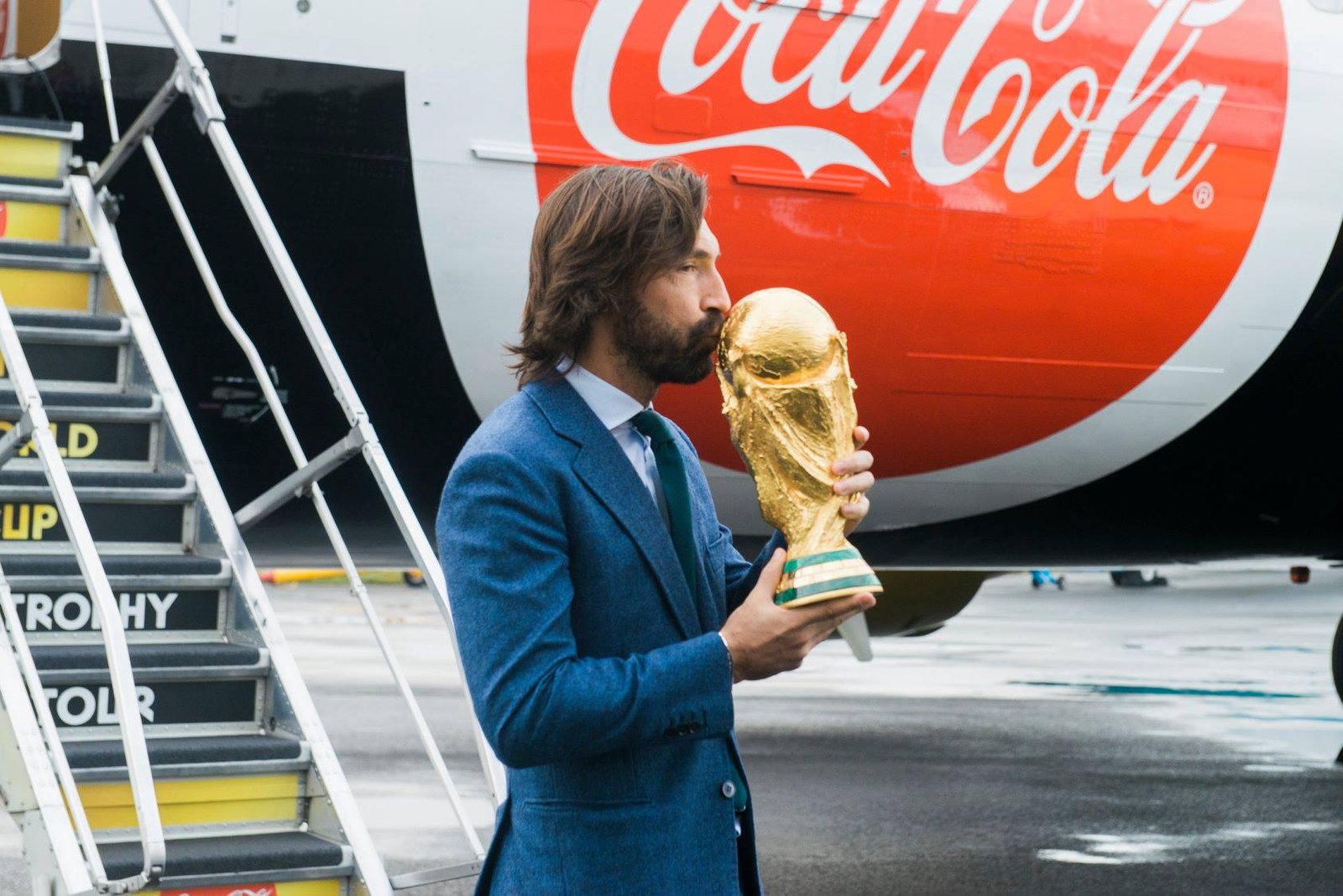 Andrea Pirlo, a World Cup winner with Italy with the trophy

Phase 1 will take place between May and June and will cover 22 countries, which will Kenya, Ethiopia, Tanzania, and South Africa.

Phase 2 will take place from Mid-August to Mid-November and will cover for the very first time all the 32 World Cup qualified nations. The five African countries that will be participating in the world Cup this year and will also receive the trophy include Senegal, Tunisia, Morocco, Cameroon and Ghana.

The Real FIFA World Cup Trophy is made of solid gold and weighs 6.142 kg and the current design dates back to 1974.