Should ATP ban Nick Kyrgios from tennis for repeated outbursts? 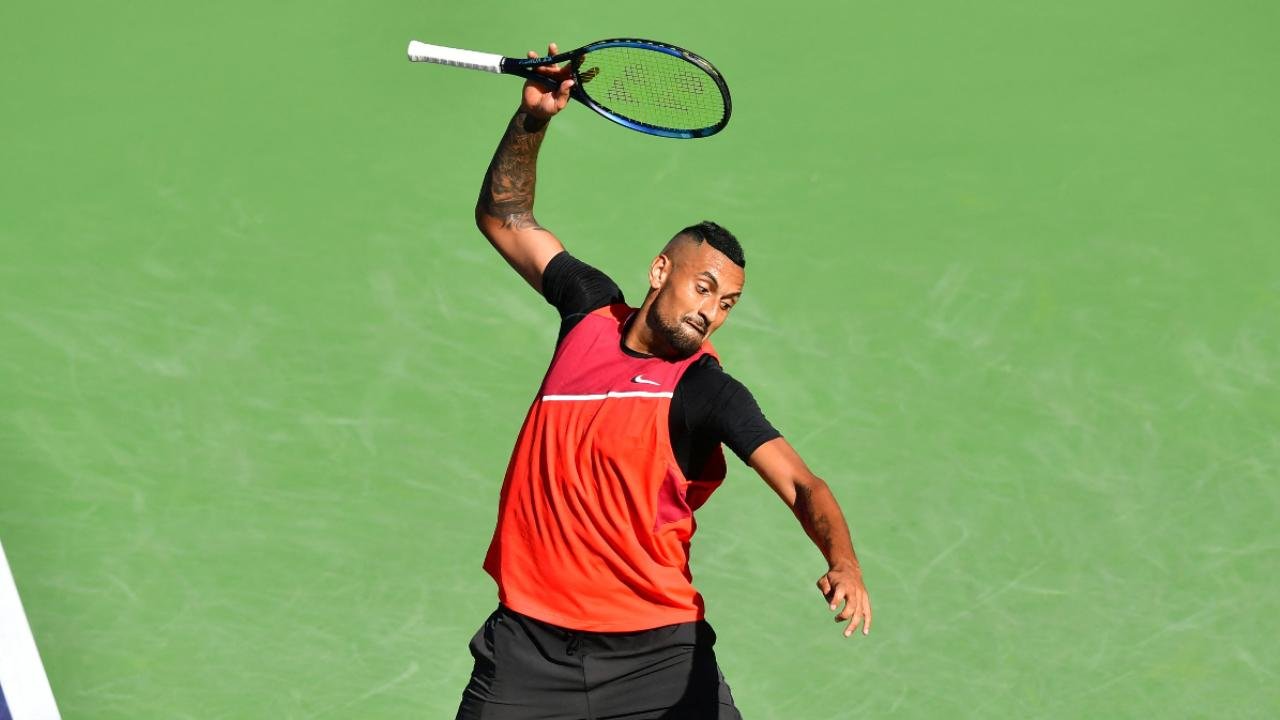 Kyrgios passionately berated the chair umpire Carlos Bernardes and suffered a game penalty following a number of code violations in a straight-sets loss to Jannik Sinner at the Miami Open on Tuesday.

It was an incident that many tennis fans termed “disgraceful”.

WHAT DID NICK KYRGIOS DO AT MIAMI OPEN?

As a result of Kyrgios’ persistent criticism of umpire Bernardes’ during the Masters 1000 tournament, the Australian was docked a game in the first set tiebreak for informing a buddy in the crowd that he could perform better as an umpire.

After repeatedly shouting, “What is unsportsmanlike?” to Bernardes, the Australian was given a game penalty.

This handed the lead to Sinner early in the second set. He then walked to his bench and repeatedly slammed his racket on his bag and the court. 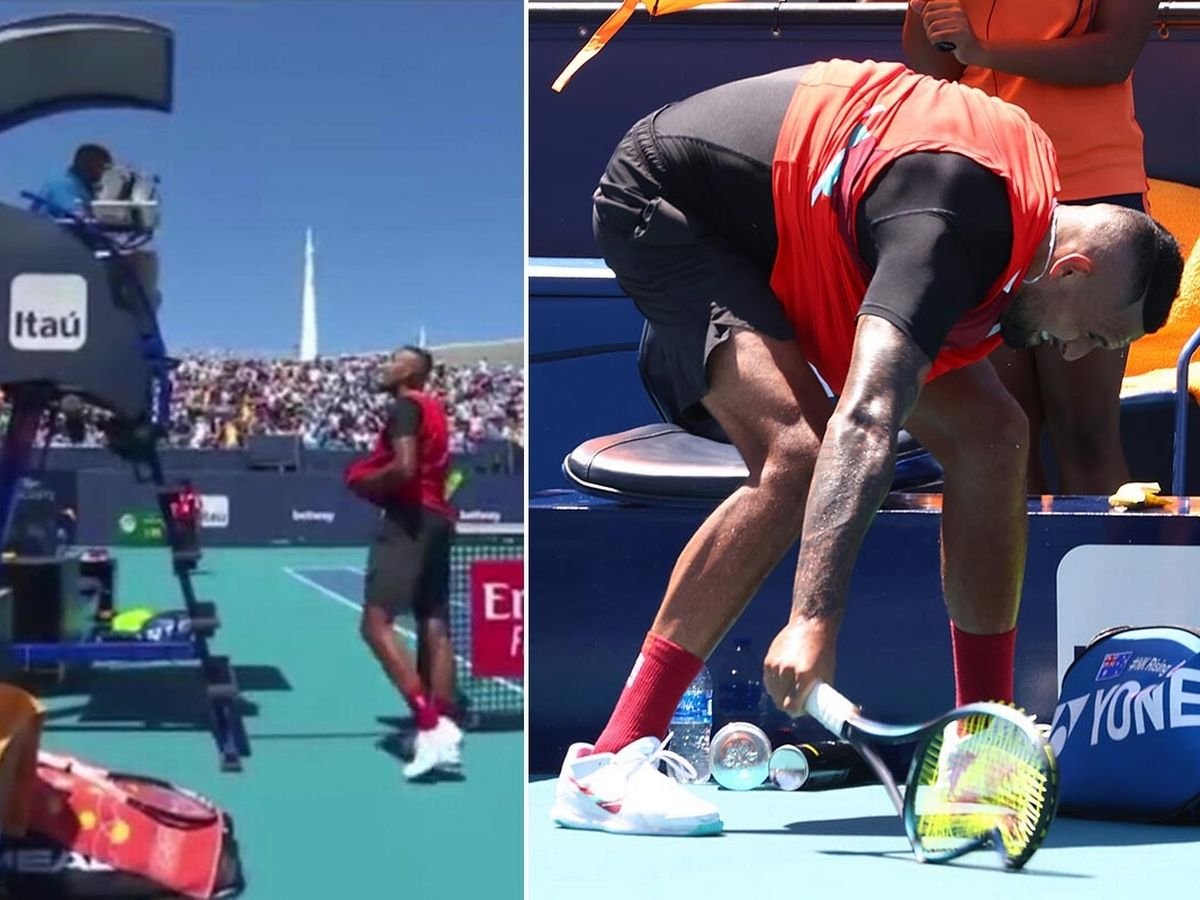 HOW MUCH DID AT FINE NICK KYRGIOS?

A fine of $US5,000 was levied against Kyrgios by the ATP on Thursday, along with fines of $US10,000 and $US20,000 for unsportsmanlike conduct and profanity, respectively.

His demeanour was questioned after the match, and Kyrgios responded by taking another swing at the umpire.

Kyrgios has already been fined twice in less than a month for his unsportsmanlike conduct on the court.

DID NICK KYRGIOS HAVE AN OUTBURST AT INDIAN WELLS?

Kyrgios left spectators bemused over fuming over his loss to Rafael Nadal at the Indian Wells last month. Nadal beat the Australian 7-6 (7/0), 5-7, 6-4 in the Indian Wells WTA and ATP Masters.

The Australian was enraged by a raucous throng that got the better of him. While Kyrgios made a gallant attempt, Nadal’s unflappable demeanour ensured a comfortable victory.

After Kyrgios lost the first set on a penalty point, actor Ben Stiller got into it with the tennis player. Kyrgios finally lost his cool and threw his racket one last time, sending a ball boy fleeing for cover.

Rafael Nadal said that he was fortunate at times when he faced a sleight-of-hand opponent.

“I put the racquet there, and then I played a good point, and then he make mistake on the breaking point,” Tennis365 said.

On his part, Kyrgios admitted that it was a difficult game. He adds that he played well in the first set but Nadal ‘is too good’.

“I mean, he’s too good, I guess. He played a few points well and he got out of it and that’s what he does. That’s what makes him great.”

Even though he felt umpire Bernardes was failing to control the raucous crowd, Kyrgios argued that his emotional reaction was not hindering him.

After losing to Kyrgios took issue with the questions he was being asked by the media. 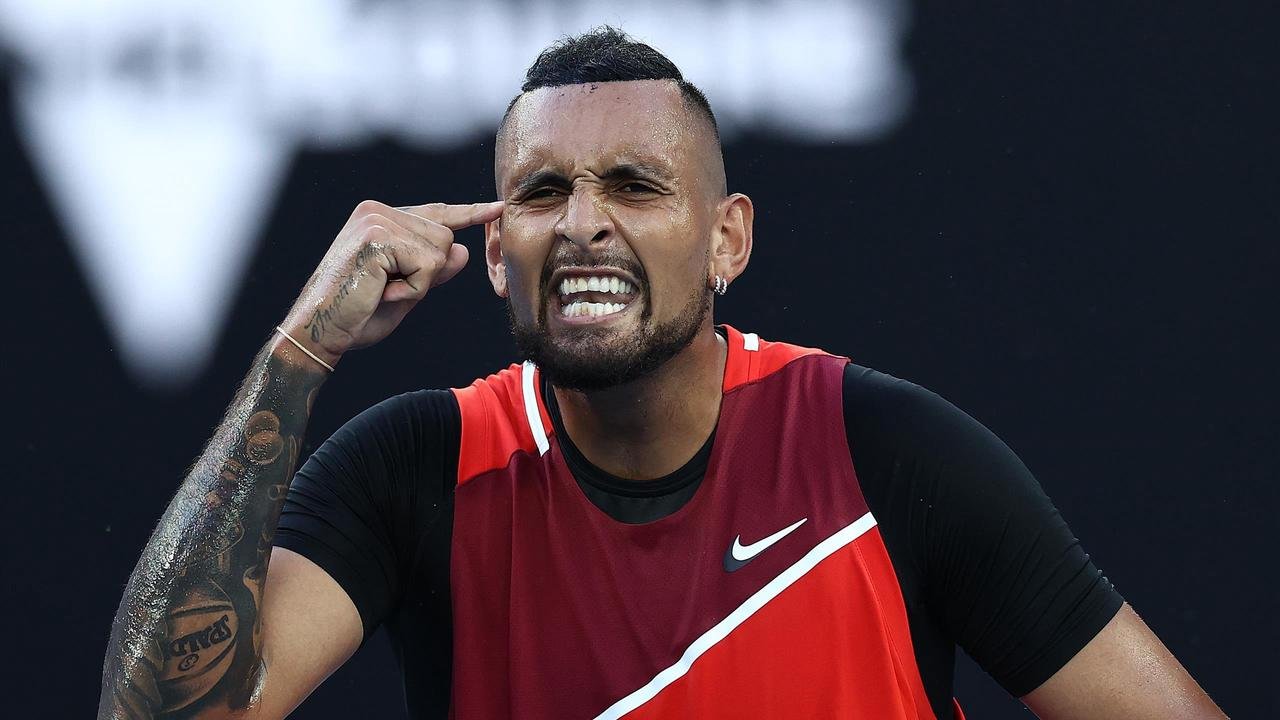 This event, in Australia’s opinion, isn’t even quite equivalent to the one in which he nearly struck the ballboy with his racket after throwing it downwards.

“Did I throw my racquet anywhere near him (the ballboy) originally? he posed. “It landed a meter from my foot and skidded and nearly hit him.

“I’m human. Things happen like that. It was an accident. It most definitely wasn’t like Zverev. It was a complete accident. I didn’t hit him, thankfully. It wasn’t my intention.”

WHAT ARE TENNIS FANS SAYING ABOUT NICK KYRGIOS’ OUTBURST?

However, there are those who feel that Kyrgios should be banned from competition because he is a serial offender. Many in the tennis community believe that fines are an ineffective means of punishing Kyrgios.

Despite the increased penalties for this recent outburst, many fans urged the ATP to punish Kyrgios even more harshly following his outburst in Miami Open.

Christopher Clarey, an American writer said that time has come for ATP to cut ‘the tour some slack’ by banning the Aussie.

“He is not a kid anymore. His misbehaviour on court is a clear pattern of behaviour. ATP is right to crack down,” Calery tweeted.

James Gray, a journalist said he does not understand why Kyrgios is still playing after all his recent outbursts.