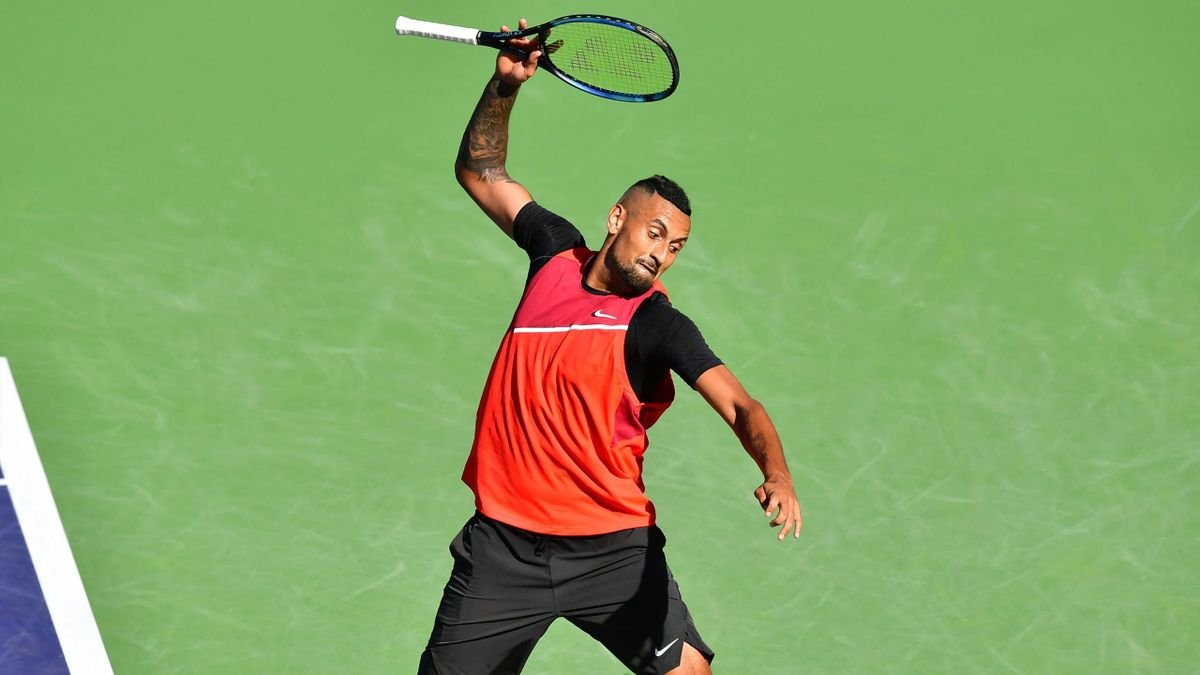 Nick Kyrgios left spectators bemused over fuming over his loss to Rafael Nadal at the Indian Wells on Thursday.

The Australian was enraged by a raucous throng that got the better of him.

While Kyrgios made a gallant attempt, Nadal’s unflappable demeanour ensured a comfortable victory.

After Kyrgios lost the first set on a penalty point, actor Ben Stiller got into it with the tennis player.

Kyrgios finally lost his cool and threw his racket one last time, sending a ball boy fleeing for cover. 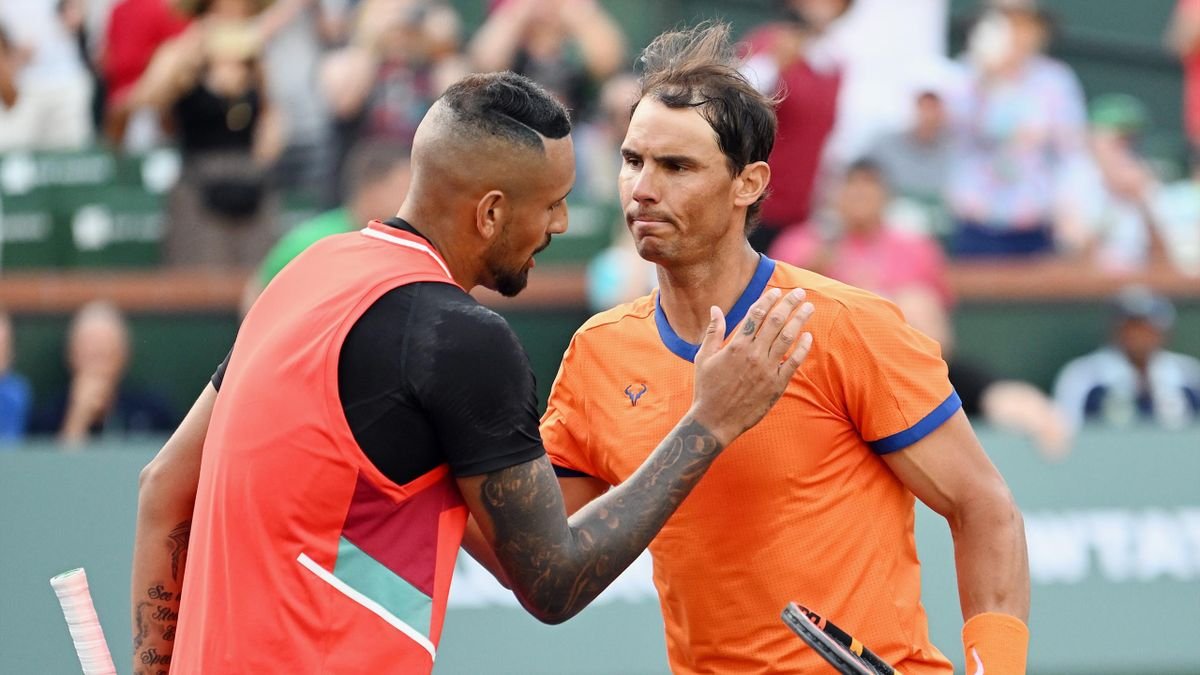 Rafael Nadal said that he was fortunate at times when he faced a sleight-of-hand opponent.

“I put the racquet there, and then I played a good point, and then he make mistake on the breaking point,” Tennis365 said.

“I feel lucky to win that set because returning with 5-4 against Nick, the chances to win that set are, let’s say, 10%, maybe less. But it happened. I played some good points there.”

On his part, Kyrgios admitted that it was a difficult game. He adds that he played well in the first set but Nadal ‘is too good’.

“I mean, he’s too good, I guess. He played a few points well and he got out of it and that’s what he does. That’s what makes him great.”

Even though he felt umpire Carlos Bernardes was failing to control the raucous crowd, Kyrgios argued that his emotional reaction was not hindering him.

Nadal seconded Kyrgios saying the Australian remained focused. He praised his game saying he is a talented player.

“When he’s playing with motivation and passion he’s one of the players that can damage your game and win against anyone.”

After losing to Kyrgios took issue with the questions he was being asked by the media. 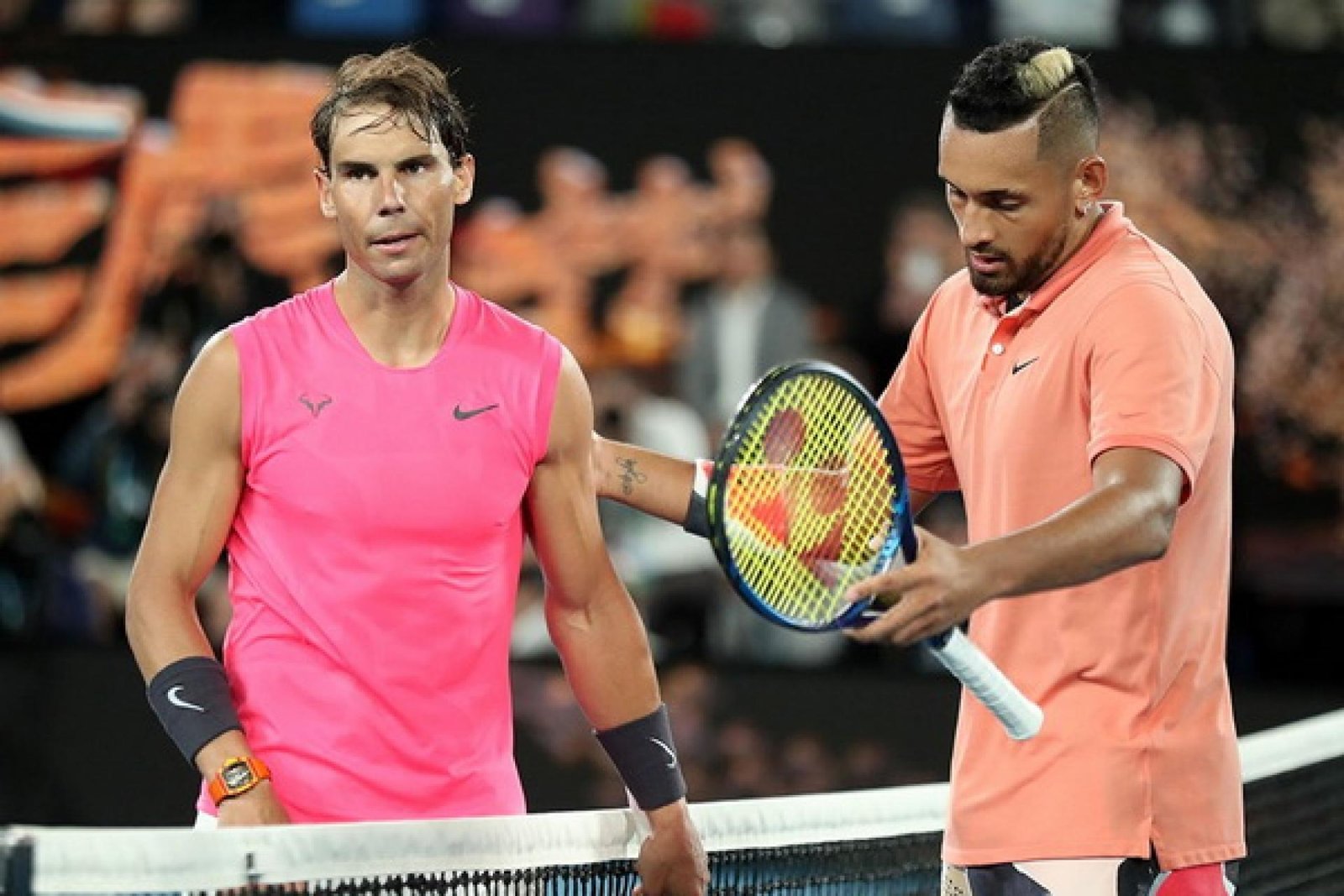 This event, in Australia’s opinion, isn’t even quite equivalent to the one in which he nearly struck the ballboy with his racket after throwing it downwards.

“Did I throw my racquet anywhere near him (the ballboy) originally? he posed. “It landed a meter from my foot and skidded and nearly hit him.

“I’m human. Things happen like that. It was an accident. It most definitely wasn’t like Zverev. It was a complete accident. I didn’t hit him, thankfully. It wasn’t my intention.”

Interestingly, Nadal says he didn’t see Kyrgios throw his racket. He said Kyrgios had a great attitude during the whole match.

The Spaniard had no issue with the Australian tennis player’s character and personality.

Nadal said there are times when he disagrees with Kyrgios’ actions but respects him because they all have different characters.