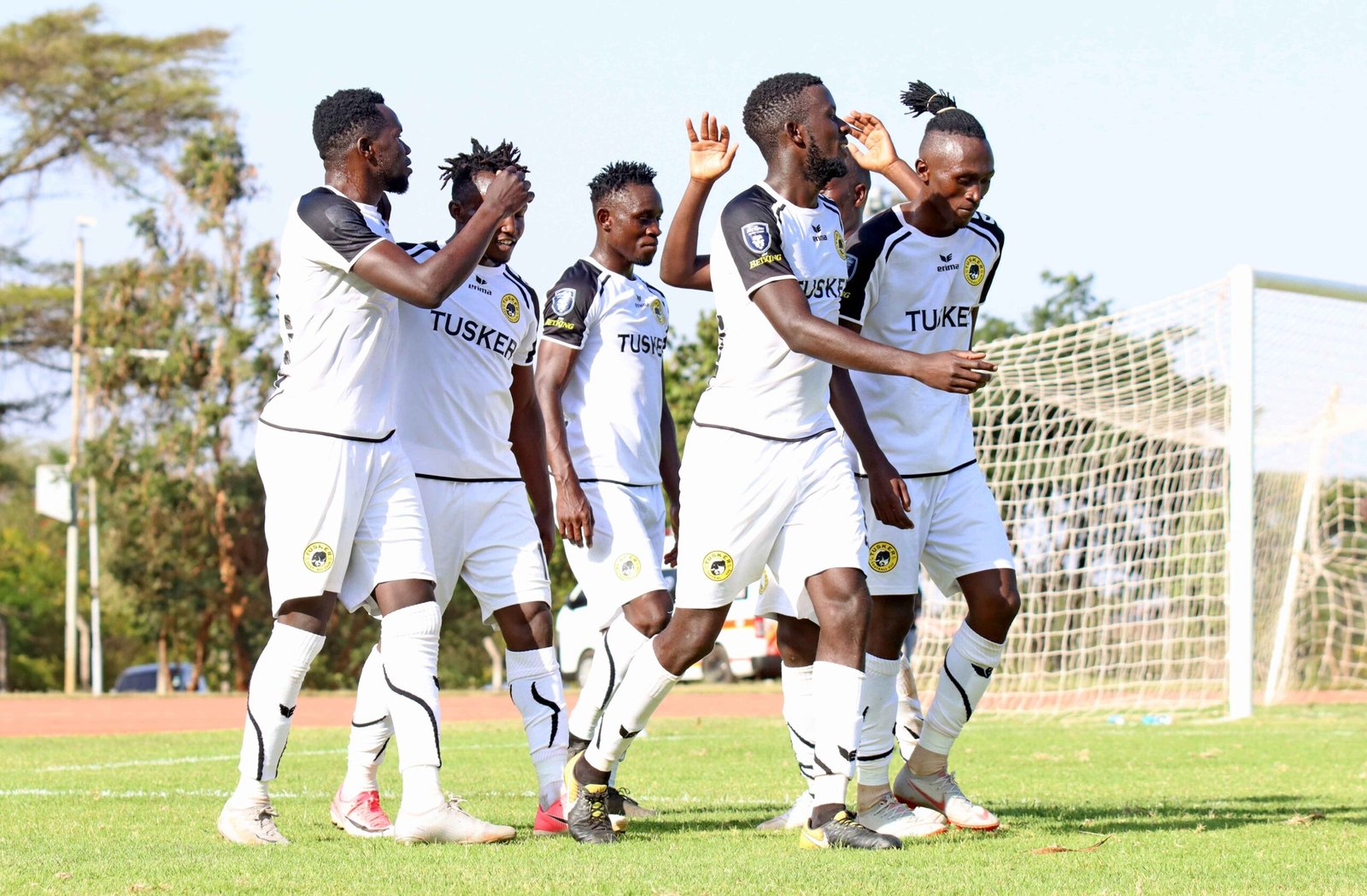 Tusker FC players celebrate one of their goals against Wazito

Tusker FC moved up to second in the FKF Premier League standings after thrashing Wazito FC 3-0 at the Kasarani Annex on Tuesday evening. A second half brace from substitute Deogratious Ojok added on to Ibrahim Joshua’s early opener as the brewers picked their biggest win of the season.

The victory took them to 37 points, two ahead of Nairibi City Stars and six behind leaders Kakamega Homeboyz who both play on Wednesday afternoon.

“As a team we are really delighted with the victory. Personally I am happy to have had goals today because It has been a long time since I scored. I had been out injured for a long time and to come back and score is a huge motivation for me,” said Ojok, who had come on at the start of the second half for John Njuguna.

Wazito’s defeat means they still remain rooted at 15th spot and are just two points away from the drop zone. If Nzoia Sugar beat Bidco United in Bungoma on Wednesday, then they will swap places.

Meanwhile, Tusker came in to Tuesday afternoon’s tie on a good run having not lost in their last nine fixtures, and conceding only once in last weekend’s 1-1 draw with Kenya Police FC at Ruaraka. 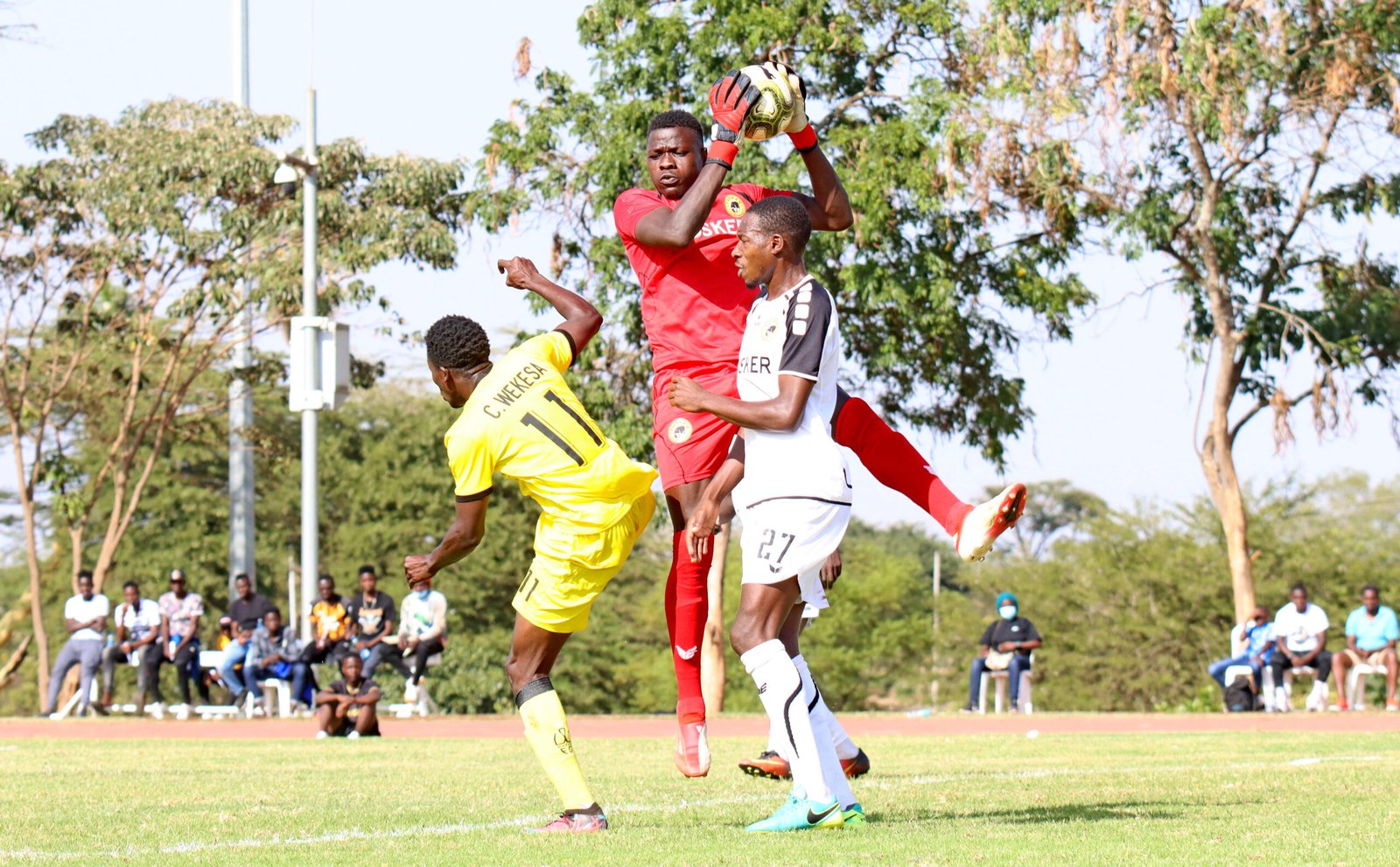 They bossed the chances in the opening half, despite a slow, hands-back start to the opening quarter of an hour.

They had the first chance at goal in the 20th minute when Njuguna won the ball off keeper Ibrahim Ssekagya who was miles off his line, but the eventual lob at goal was blocked by John Kuol.

Four minutes later, Njuguna had another good chance when a well weighted cross from Eric Zakayo on the right found the left footed forward inside the box, but his swinging volley on the weaker foot was collected by the keeper.

On the other end Wazito had a chance at goal when Elly Asieche pinched the ball off Charles Momanyi on the byline and cut back a cross, but Patrick Matasi made a superb block to deny Amos Asembeka from close range.

Tusker had more chances and in the 34th minute, Joshua could not guide a diving header on target as he went low to meet a cross from Njuguna. At the stroke of halftime, the Tanzanian striker came close again, this time curling the ball beyond the wall but going inches wide, Ssekagya well beaten. 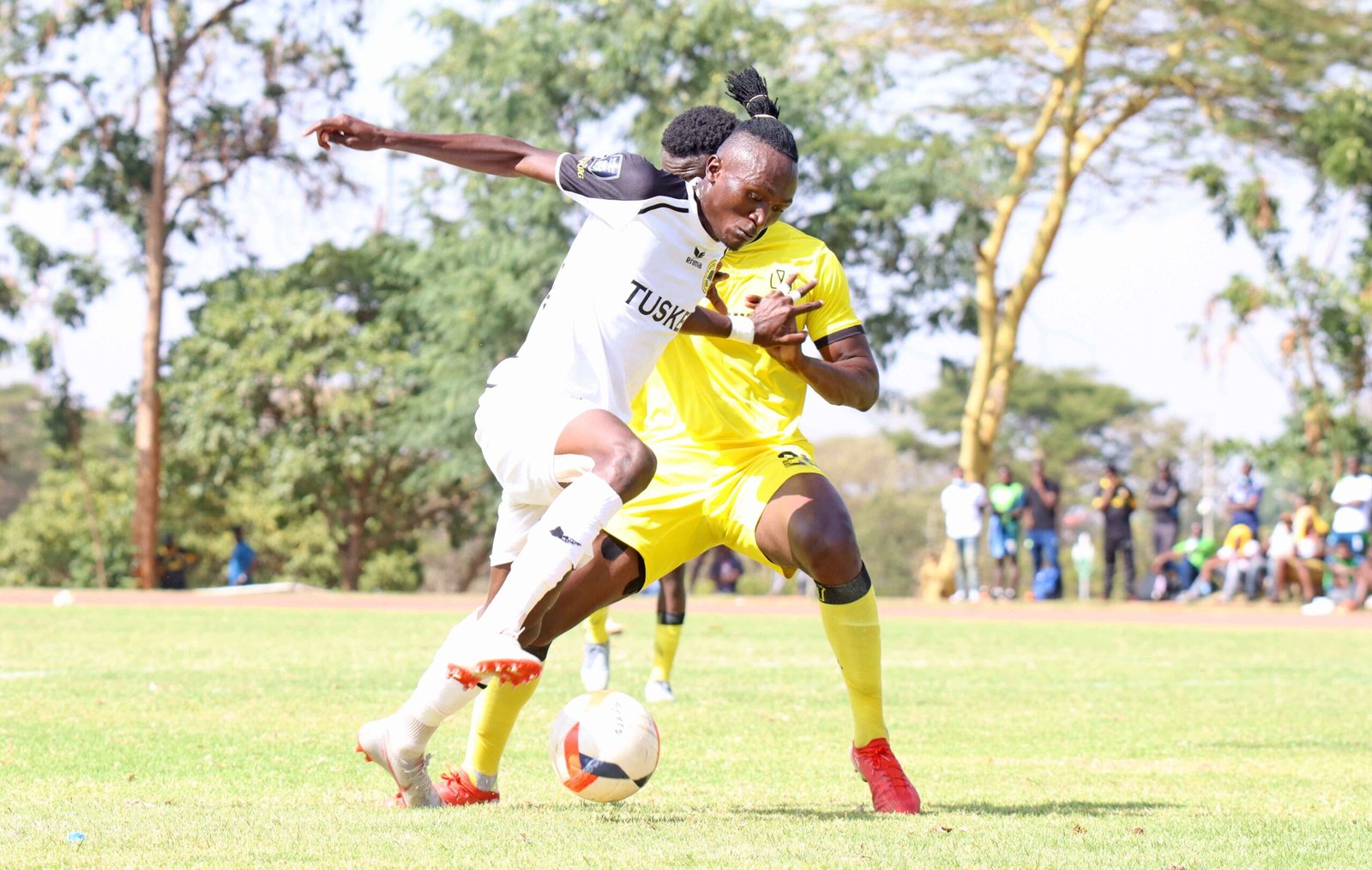 In the second half, coach Robert Matano made changes, bringing in Shaphan Oyugi, Humphrey Mieno and Ojok for Njuguna, Rodgers Ouma and Shami Kibwana.

Just five minutes in, Shaphan made an immediate impact, winning the ball on the right before floating a cross that Joshua headed home at the near post.

Shaphan should have had a goal on the hour mark when he was sent through on goal by a quick throw from Isaac Kipyegon, but his shot was saved by the keeper. The Wazito keeper was kept busy and seven minutes later, he once again produced a decent save to deny Ojok from inside the box.

Zakayo also had an opportunity one on one with the keeper, but his rasping shot was put out by the custodian.

However, he collected the ball in his net in the 79th minute when Ojok scored the first of his twin goals. The striker picked up a flick from Zakayo before gliding into the box, feigning a cross and then simply rolling the ball into an empty net after the keeper fell for the trick.

In the first minute of added time, the Ugandan added the second and Tusker’s third with a simple tap in. Substitute Lawrence Luvanda intercepted a pass on the right before cutting back for Ojok who just guided the ball home. 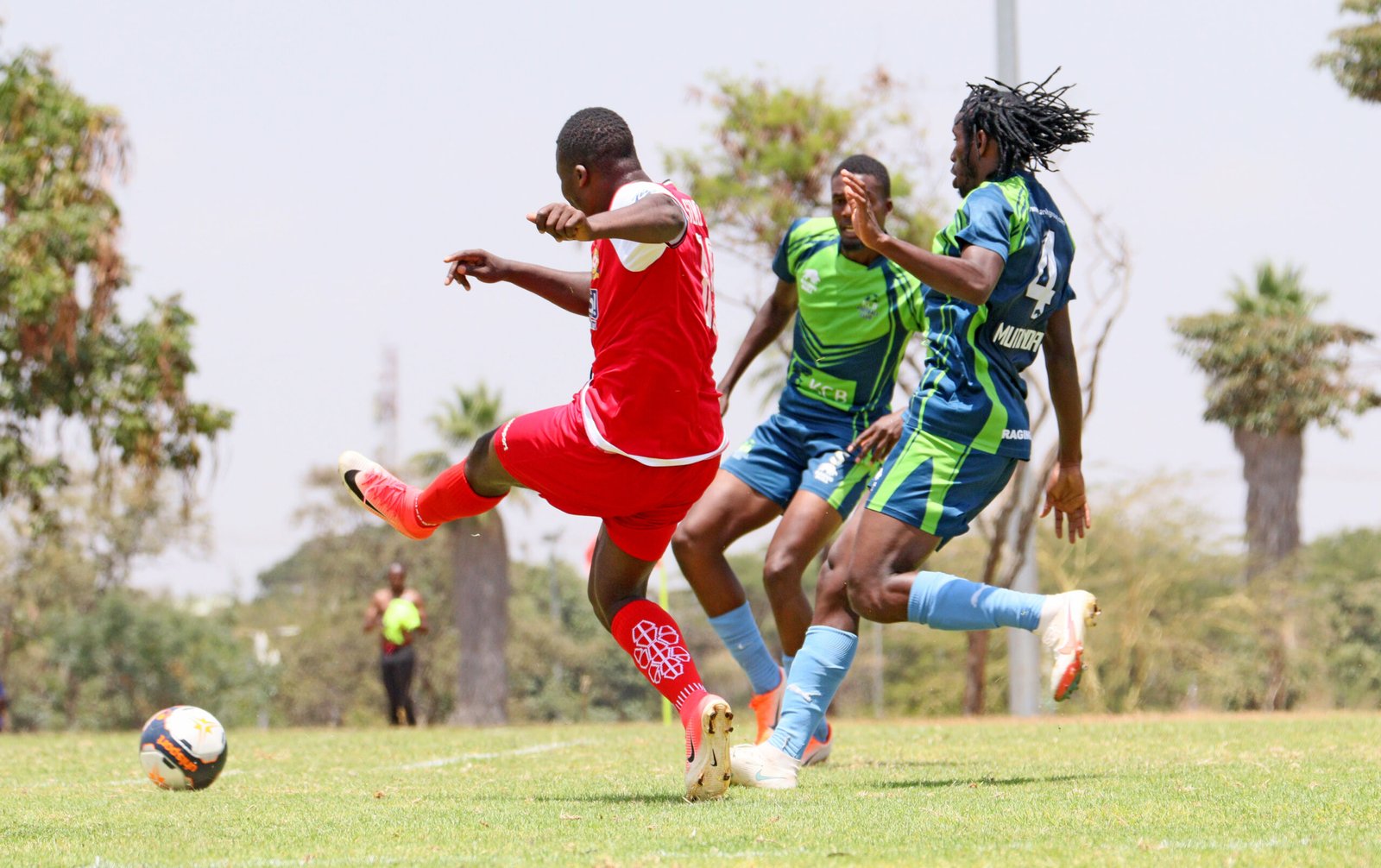 David Simiyu of Kenya Police shoots to score against KCB

In the early kick off, KCB’s title hunt suffered a blow after being held to a 1-1 draw by Police, having to come from behind to scrape for the point.

David SImiyu haunted his former side, shooting Police into the lead as early as the fourth minute, around the same time they scored against Tusker on Saturday. However, KCB fought back to draw level through John Mwangi, who was however guilty of many missed opportunities.

The bankers have now dropped to fifth with 33 points, 10 behind leaders Homeboyz.