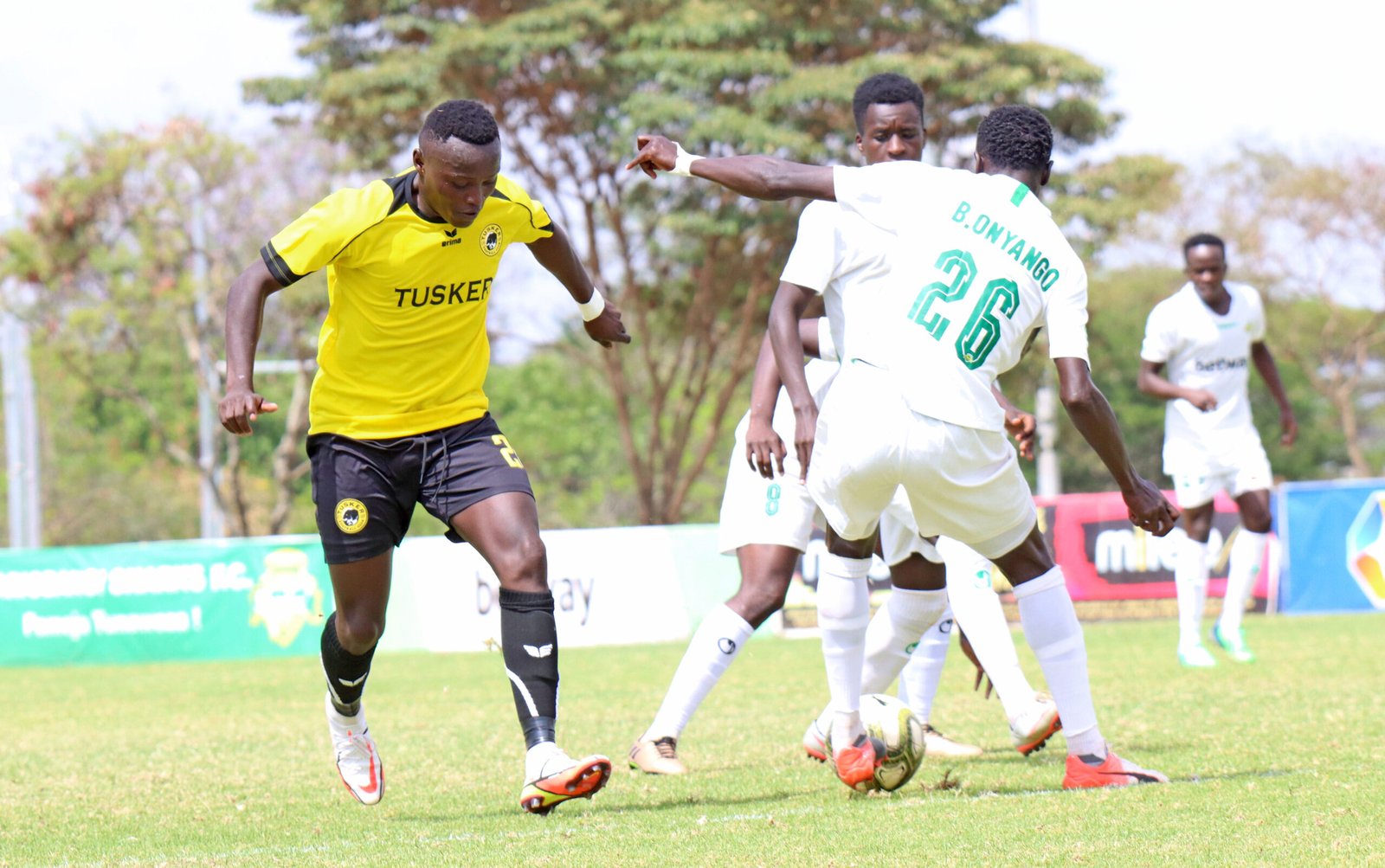 FKF Premier League defending champions Tusker FC take on Kariobangi Sharks at their Ruaraka Complex backyard on Saturday afternoon, looking to narrow the gap between them and leaders Kakamega Homeboyz at the top of the standings.

The brewers are on 37 points, six behind Homeboyz and with a win on Saturday, they will close that gap to six points pending the latter’s duel against Bandari on Sunday.

Tusker have been on a run of 10 matches without defeat and have conceded a goal in only one of those games. The brewers were in emphatic form last Tuesday, thrashing Wazito FC 3-0 at the Kasarani Annex.

Against Sharks, they come seeking revenge having lost 3-0 to William Muluya’s men when they met in the first leg. Tusker had piled pressure on Sharks and were still 0-0 after 70 minutes, before they capitulated in the 10 minutes.

But this time round, they are not ready to make the same mistakes. 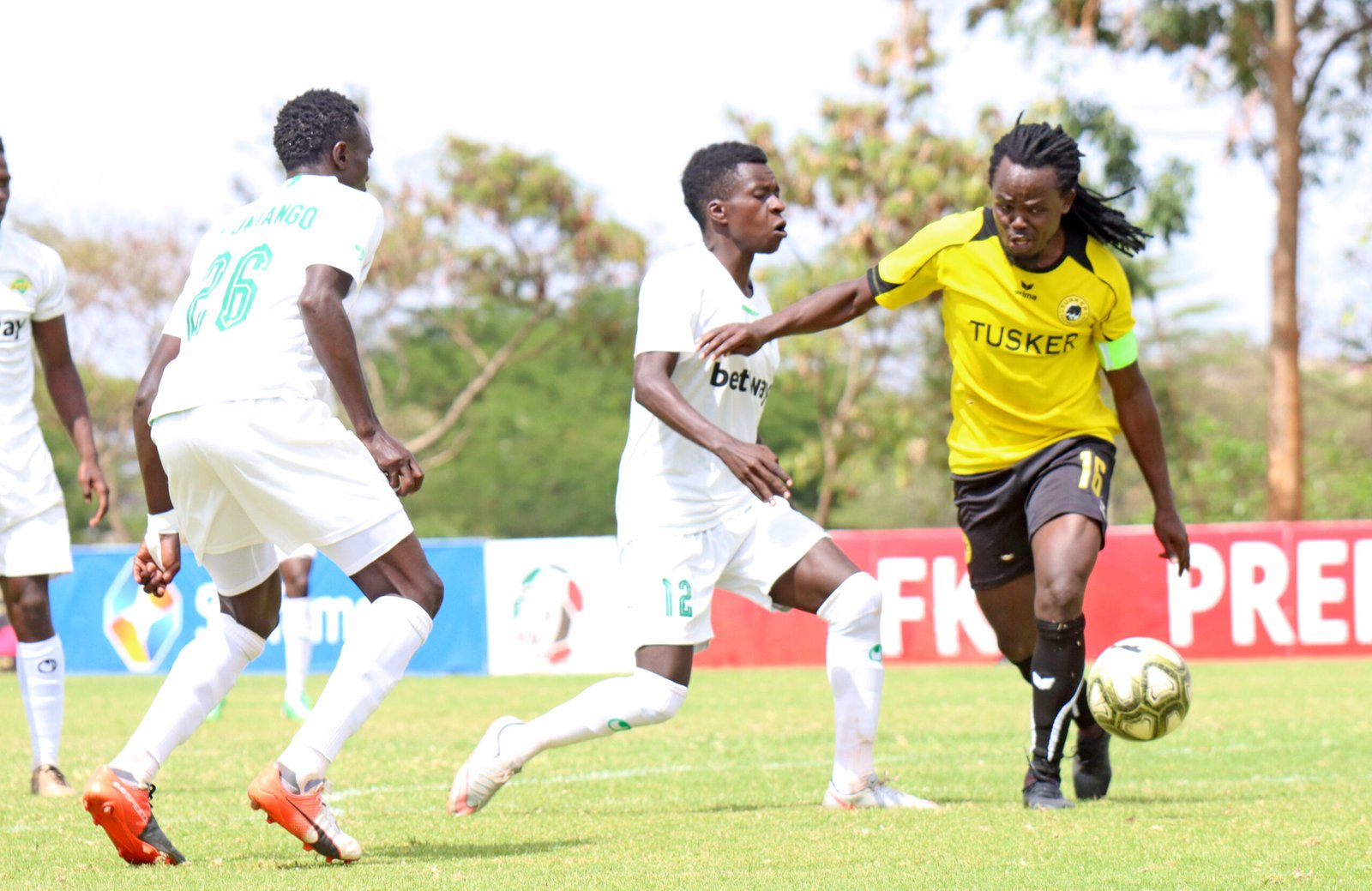 “I think as a team we have quite improved and playing better now with more confidence. In the first leg we still hadn’t gelled as a team but we have learned our lessons and improved,” said goalkeeper Patrick Matasi, who has been a key figure of the side.

He added; “We still expect a tough match from them but we are ready to fight for three points.

Tusker have had the meanest defense in the league this season and their scoring has also been on top, scoring 25 goals so far. But, they aim to improve that.

One of the players that will be looked on to deliver the goals is Ugandan Deogratious Ojok who scored a brace against Wazito last weekend.

Ojok who has been battling injury for most part of his Tusker start believes the double delight against Wazito will improve his confidence moving forward.

“When I came into the team, I had my goals and targets made for the season. It has not been easy especially with injury but now I have come back strong and I am at least going to push hard to meet my goals. My target was to score at least 15 goals this season, and I am still aiming towards more. This not enough for me as a striker,” Ojok said. 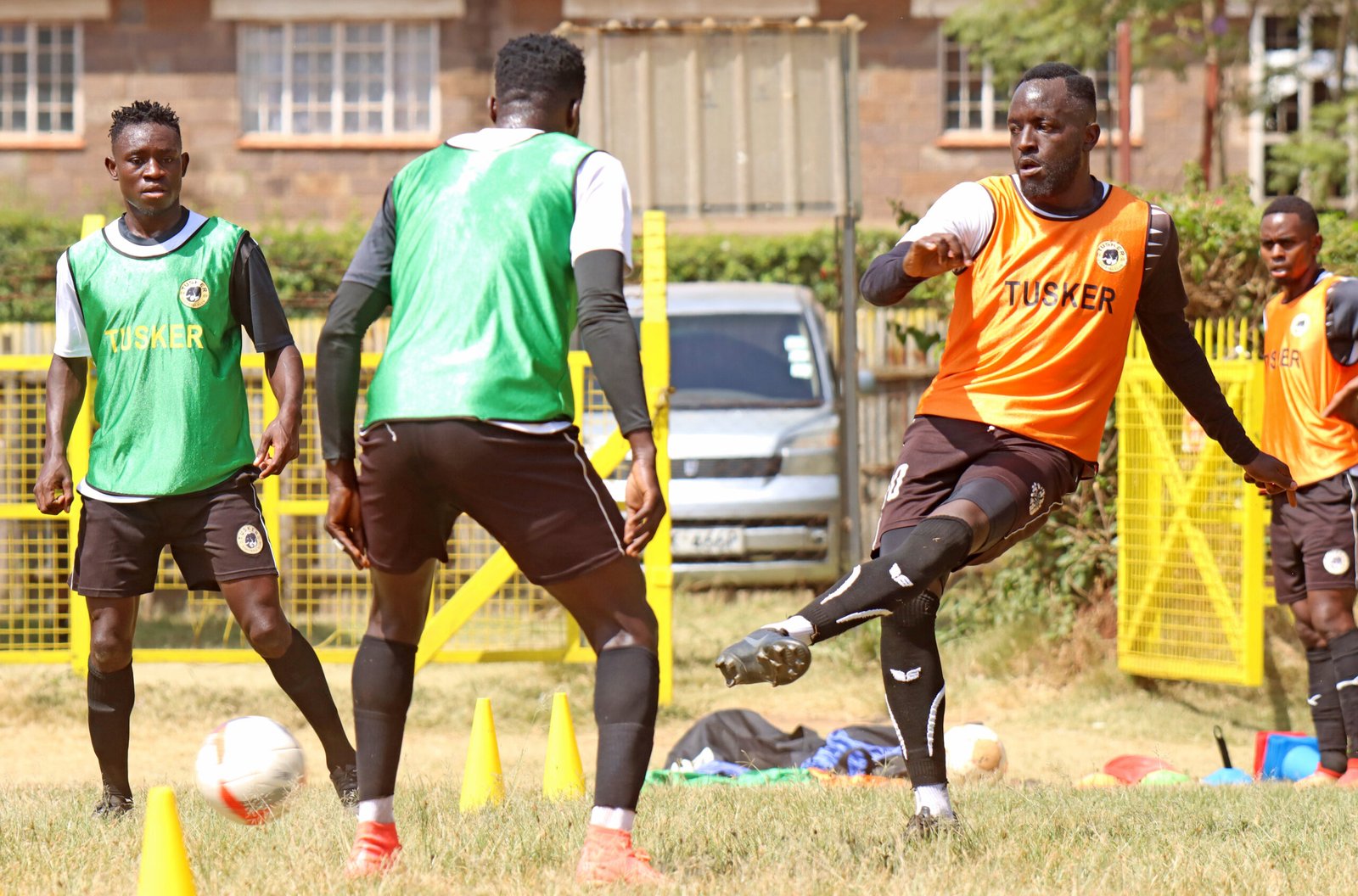 “I feel delighted because it had been a long time since I scored. I have been on and off with injury but on my second game since coming back I scored and I am grateful. I hope this will give us encouragement as a team to go for the team and personally, it will motivate me to add more effort,” he added.

Meanwhile, Sharks coach William Muluya saus his team will need to pick victory against Tusker to ensure they keep their title hopes alive.

“If you look at the likes of Homeboyz, City Stars picking points, then you get worried when your team does not win. We are facing a very tough Tusker side which is also on form and we have to be at our best to pick three points,” said the coach.

This will be the 11th top flight meeting against Sharks, and comes after the team suffered its heaviest defeat against the side in the first leg, losing 3-0 at the Kasarani Annex.

Overall, in the last 11 meetings, Tusker have won five times, drawn twice and lost thrice. Two of the five wins have come at home while the team has only lost once against Sharks at home, a 2-1 defeat in the 2018 season.

Tusker has scored 16 goals and conceded 14 in this tie, with half of the goals scored coming at home.