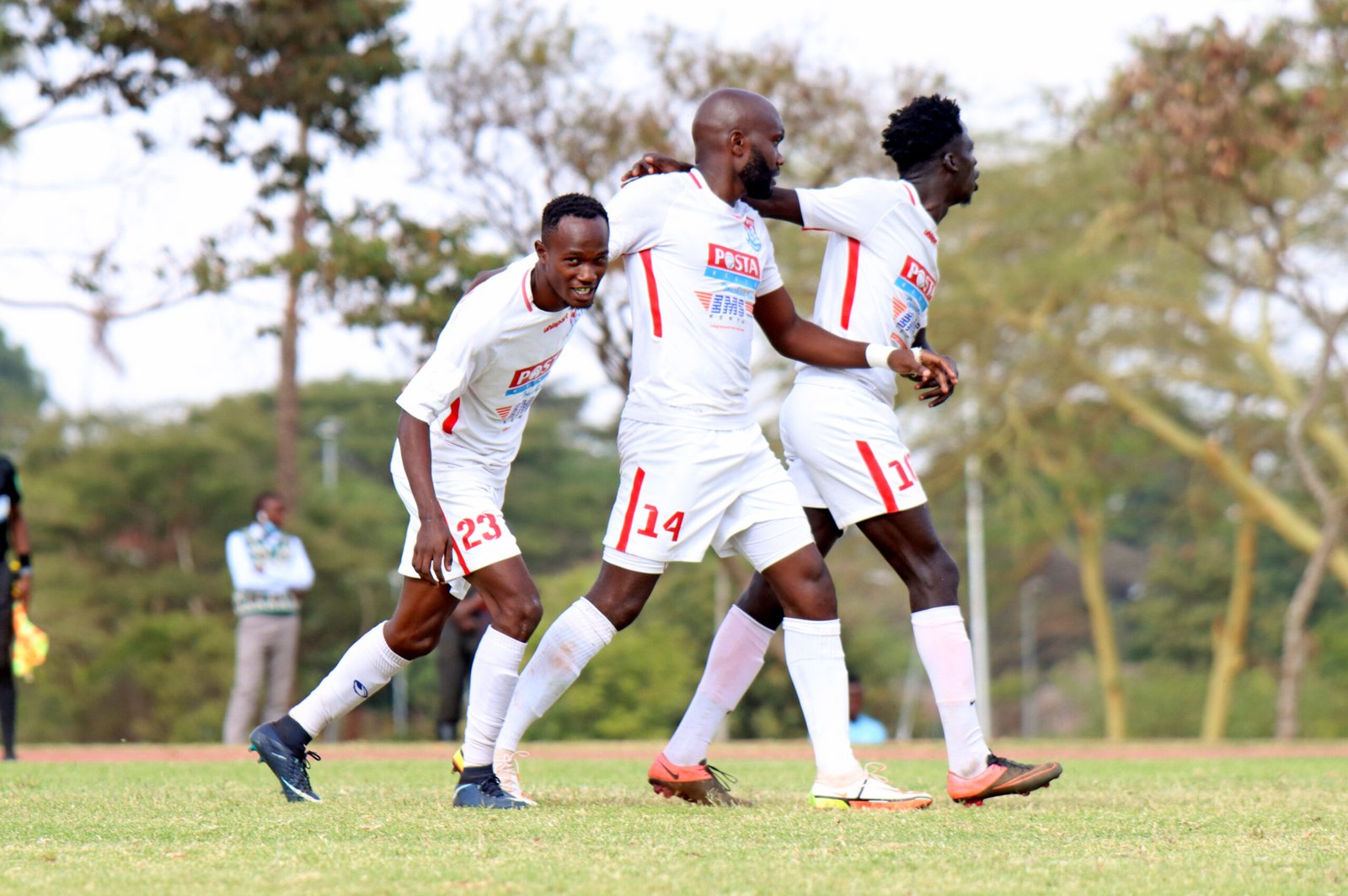 Kakamega Homeboyz have opened an eight-point gap on top of the FKF Premier League standings after a 1-0 win on the road against Ulinzi Stars in Thika on Thursday.

Brian Eshihanda’s 16th minute header was all Homeboyz needed as they moved to 49 points on top of the standings, 11 ahead of defending champions Tusker FC who were pegged back in a 0-0 draw with KCB on Tuesday.

Meanwhile at the bottom of the table, Nzoia Sugar beat Vihiga Bullets to lift themselves further away from the chop while Bullets remained in the bottom two. Mathare United also failed to lift off the basement after losing 3-2 to their former coach Salim Ali now with Posta Rangers.

“I believe all hope is not lost. We still have more than 30 points to fight for and we will do our best to ensure we get them. Everyone is panicking but for me, I am not panicking. I know we have the ability to lift ourselves out of that zone,” said John Kamau, the Mathare United boss.

His opposite number Salim Ali also felt for his former side, but remains confident they will drag themselves out of the hole.

“They have a very good team with talented players. If they can get some slight edge in terms of seeing off games, I believe they can pull out of the drop zone,” Salim said. 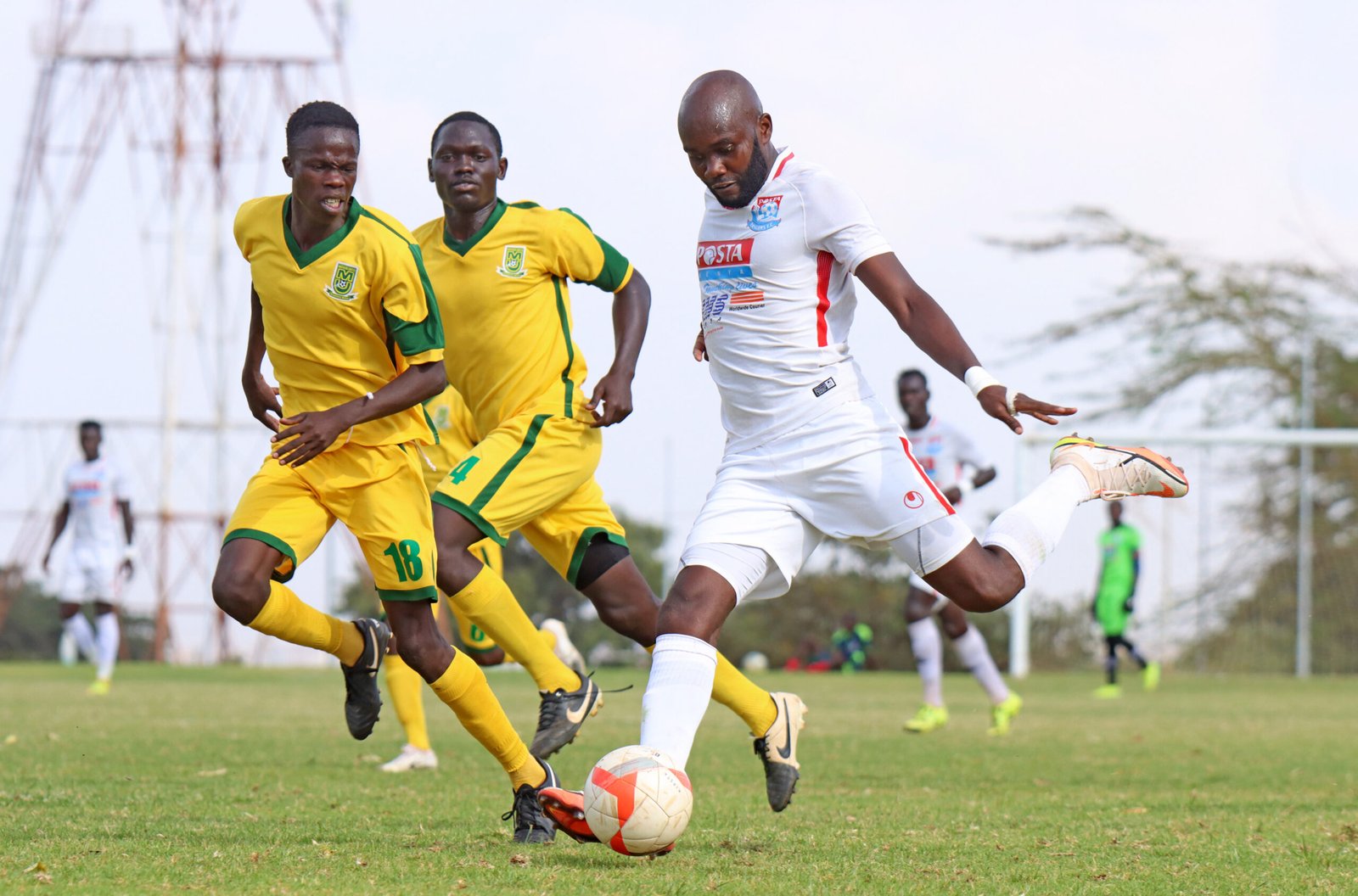 Timothy Otieno of Posta Rangers takes a shot at goal

Mathare had led 1-0 at halftime courtesy of Kennedy Ochieng’s penalty, but conceded twice in four minutes in the second half. Donald Ange scored one back to draw 2-2, but substitute Brian Otieno scored the winner for Posta with 10 minutes to play.

The mailmen had the upper hand in the opening half, with clear chances to score. Timothy Otieno saw two of his chances one on one with the keeper Bryne Omondi saved.

In between those two opportunities, the mailmen had a decent chance when Patrick Otieno cut back a cross into the box but Jackson Dwang took too many touches of the ball allowing the backline to close in quick and block his shot.

Mathare had been on the backfoot all this while but they had a decent chance at opening the scoring from a freekick in the 19th minute, keeper Jairus Adira making a save to deny Daniel Otieno.

The Slum Boys finally found themselves ahead when off another break, Otieno was axed inside the box by Sammy Imbuye. Kennedy Ochieng stepped over the penalty and converted calmly for a 1-0 lead.

They took the slim lead to the break and were high in confidence. 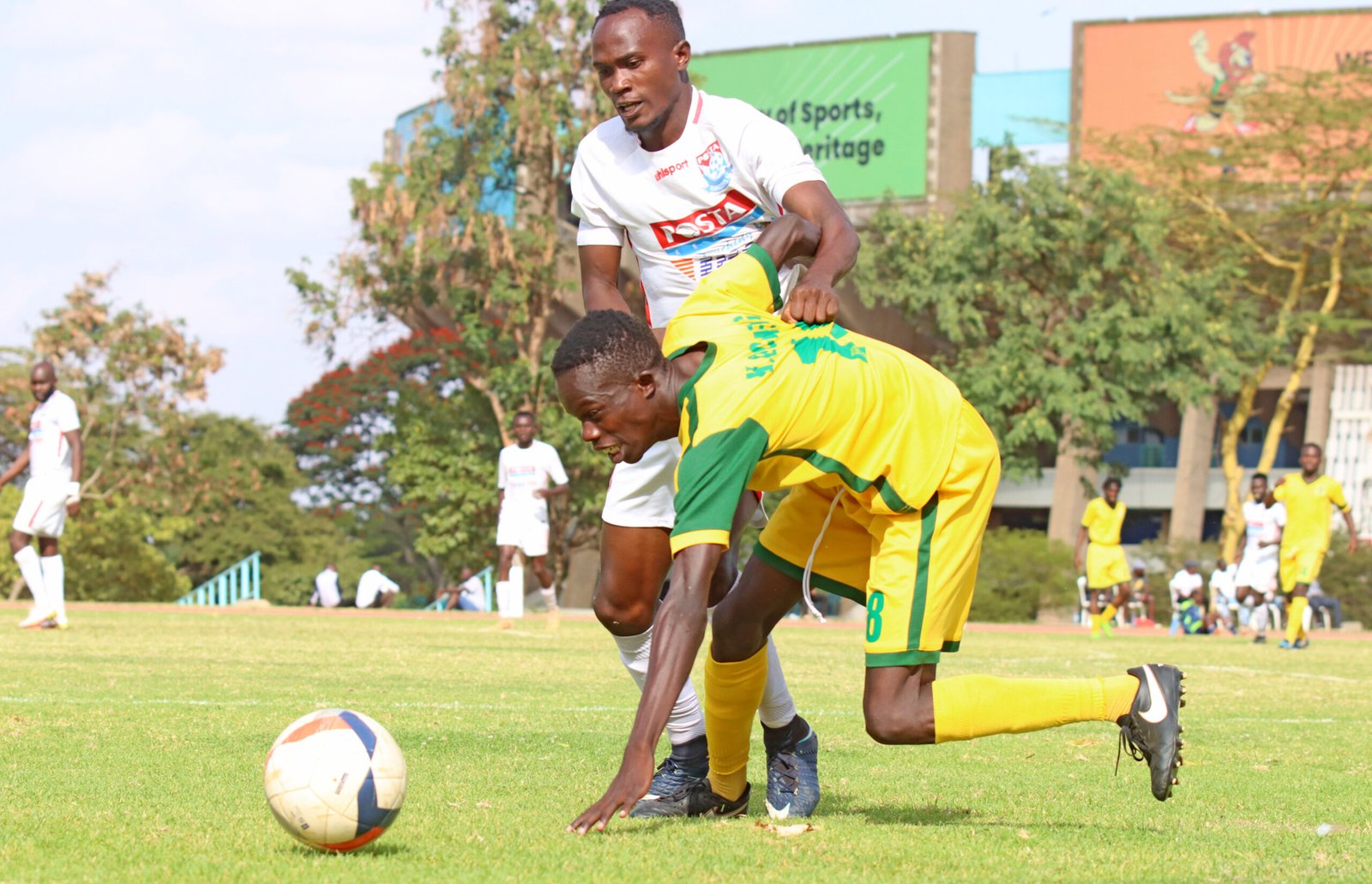 However, they collapsed within the opening seven minutes of the second half. Timothy Otieno drew Posta level in the 48th minute when he pounced on a rebound after keeper Omondi had spilled Patrick Otieno’s shot.

He turned provider four minutes later when he broke on the left and cut back a cross that picked out Jackson Dwang at the edge of the box, the midfielder striking low into the bottom right.

With his side clearly outdone in midfield, Mathare coach Kamau made changes, bringing in Clifford Alwanga, Dennis Monda and Chris Oduor on for Martin Nderitu, Alphonce Ndonye and Daniel Kago.

They drew level in the 70th minute when Ange picked a pass from Daniel Otieno, controlled and took a brilliant shot on the turn from the edge of the box.

The gaol seemed to have ignited some fight in Mathare as they envisaged a way back into the lead.

But Posta’s Salim threw another dice in the works, pulling out Vincent Wasambo, Dwang and Timothy for Calvin Odongo, Bernard Ondiek and Victor Ndinya.

The changes paid dividends immediately, Odongo winning the ball on the left and playing Brian Otieno through, the substitute calmly finishing to break Mathare hearts.