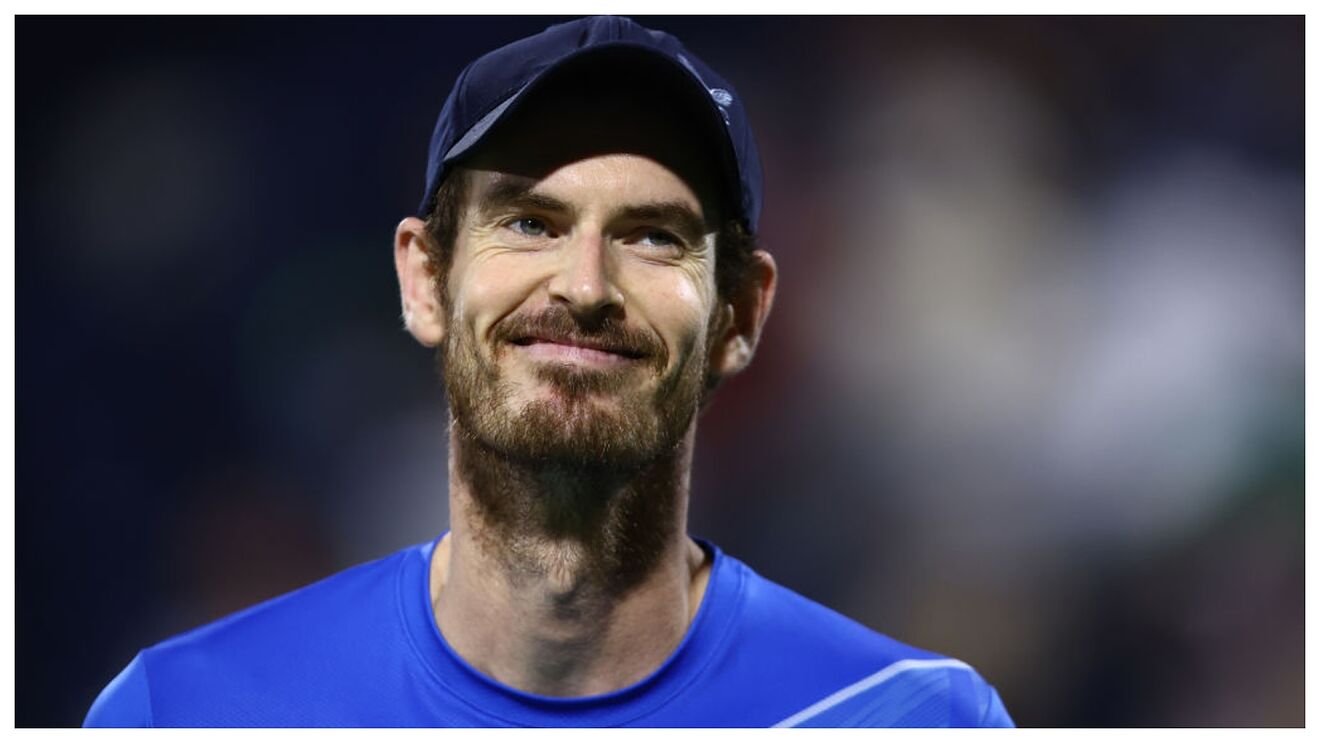 Three-time Grand Slam champion Andy Murray, has pledged to donate the remainder of his prize money to Ukrainian children afflicted by the war.

Since Russia’s invasion of Ukraine began, Murray started working with UNICEF to raise awareness and funding for the humanitarian response, and he will be making a significant personal contribution.

On Twitter, the 34-year-old announced his plans and urged anyone who could contribute financially to help UNICEF’s work to protect children in the Middle East and North Africa. 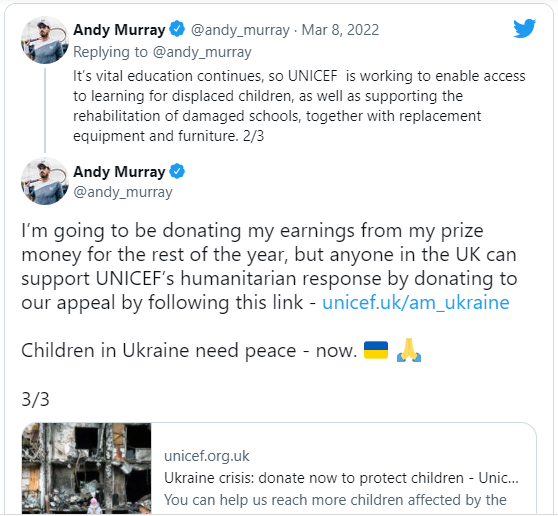 “Over 7.5m children are at risk with the escalating conflict in Ukraine, so I’m working with UNICEF to help provide urgent medical supplies and early childhood development kits,” Murray tweeted.

“It’s vital education continues, so UNICEF is working to enable access to learning for displaced children, as well as supporting the rehabilitation of damaged schools, together with replacement equipment and furniture.

“I’m going to be donating my earnings from my prize money for the rest of the year, but anyone in the UK can support UNICEF’s humanitarian response by donating to our appeal by following this link… Children in Ukraine need peace – now.”

The former world No.1 is still hopeful that he still can make an impact in Ukraine much as he is ranked No.88.

Murray will be playing at the Indian Wells Masters 1000 tournament in Coachella, California. He was invited by organizers to compete.

Murray was the world’s top-ranked player at the conclusion of 2016, but he has been plagued by injury in recent years.

For the first time since 2018, he re-entered the top 100 in the latest rankings. He lost to world No. 10 Jannik Sinner in the second round of the Dubai ATP 500.

His most recent tournament was the ATP World Tour Finals. 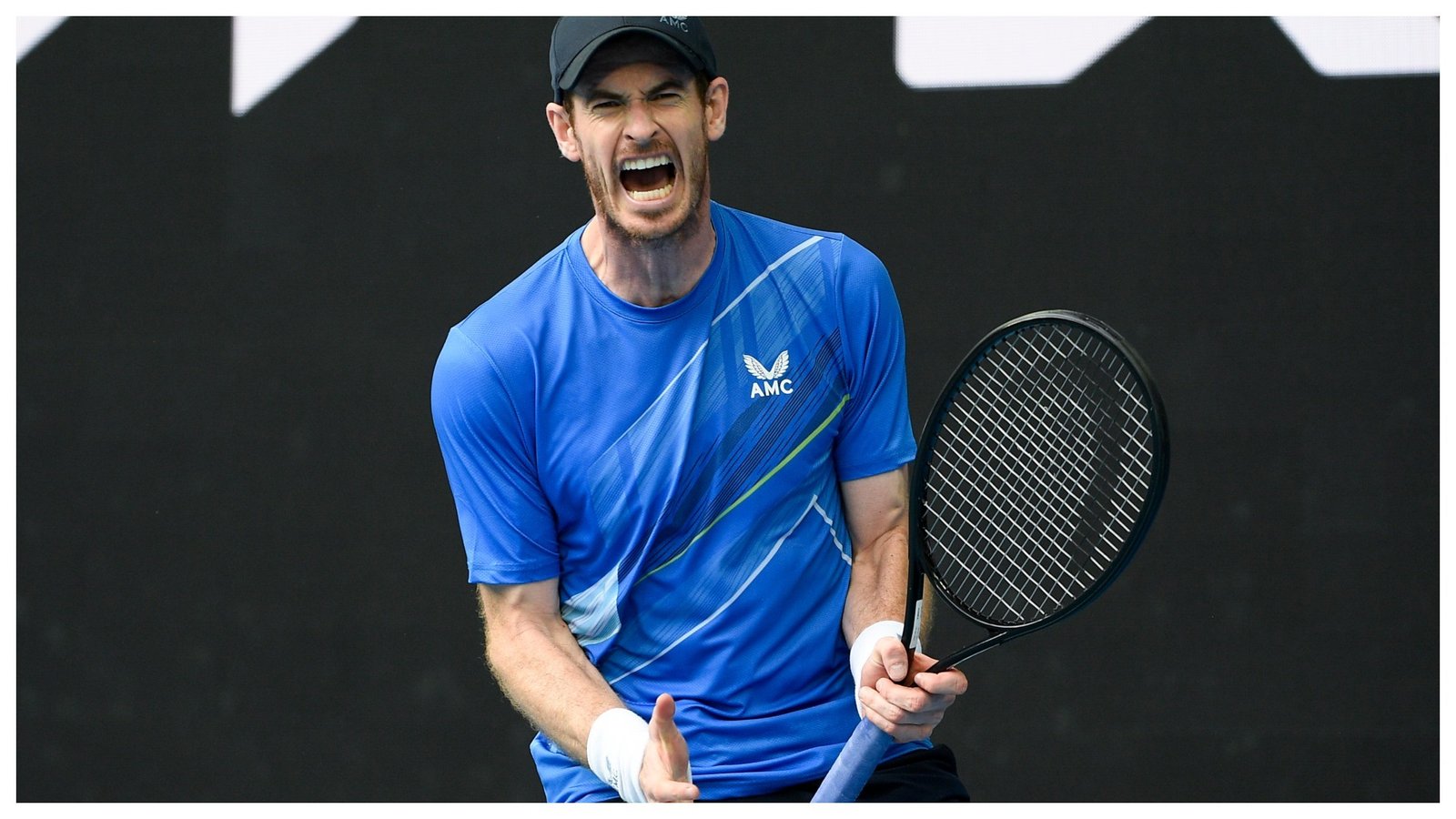 Murray is among a batter of athletes who are condemning the Russian invasion in Ukraine two weeks on.

World No.1 Daniil Medvedev says that he is using tennis to preach peace. The Russian says it is not easy taking in all the sad news about the Russia Ukraine crisis.

Hamilton sympathized with Ukrainians saying:  “My heart goes out to all the courageous people of Ukraine who are facing such terrible attacks for simply choosing a better future.”

“I stand with the Russian citizens who oppose this violence and seek peace, often at risk to their own freedom. Please stay safe everyone. We are praying for you.”

Former Formula One champion Sebastial Vettel was first to announce that he would not participate in the Russian Grand Prix slated for September.

On February 24th, Vladimir Putin made a pre-dawn television address in which he said Russia could not feel secure, due to continuous threats from Ukraine.

Putin irrationally stated that his purpose was to defend those who had been bullied and murdered. That is why he sought for the “demilitarization and de-Nazification” of Ukraine led by a Jewish president, Volodymyr Zelensky.