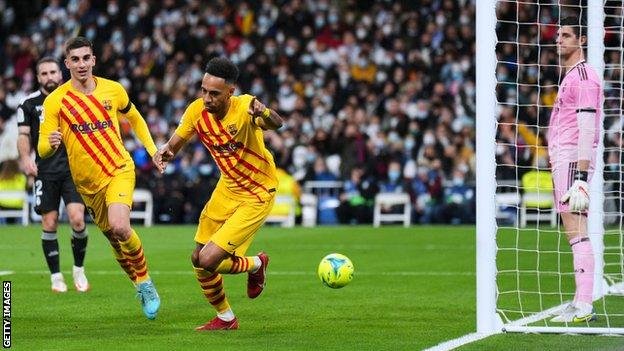 The last time Barcelona beat Real Madrid at the Santiago Bernabeu, the home side sacked their coach nine days later.

No wonder Carlo Ancelotti was reeling uncomfortably on the touchline when Ferran Torres rammed in Barcelona’s third goal of Sunday’s bizarre Clasico rout.

Florentino Perez will surely not be speed-dialling Zinedine Zidane this time – it was the Frenchman who replaced Santiago Solari soon after Barcelona’s 1-0 win at this stadium on March 2, 2019.

But if Madrid’s Clasico thrash was an early signal of the future dynamic between these teams, then godspeed Don Carlo. 4-0 in the end and Madrid were lucky to get nil. 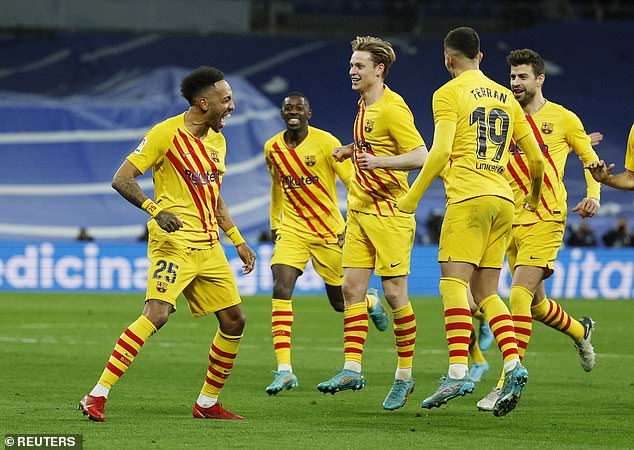 Because this version of Madrid was a rabble, against a Barcelona team who are rapidly finding an identity under the leadership of Xavi.

Los Blancos were walkovers, embarrassingly so.

AUBAMEYANG AND TORRES: THE NEW DUO FOR BARCA

David Alaba and Eder Militao made Pierre-Emerick Aubameyang and Ferran Torres look like prime Messi and Suarez, a ridiculous feat of naiveness, and Ousmane Dembele had the run of the right flank. Luka Modric flattered Dembele with a woefully late challenge that brought about a booking, and it was about as close as Madrid got to the winger all evening.

“TAKE A BERNA-BOW!” was the message on Barcelona’s Twitter after Ivan Rakitic’s goal earned a 1-0 win in the Spanish capital three years ago. Worth reprising, that line.

So much has changed at Barcelona and in the world since that day, and after a period of outright chaos at Camp Nou, Xavi has brought remarkable stability to a team that spent the opening months of the season much like Madrid here: in hapless disarray, in meltdown.

Barcelona’s scorers here – Aubameyang, who got two, Torres and Ronald Araujo – were all absent when these sides met in LaLiga earlier this season; Araujo due to injury, Torres and Aubameyang seeing out their time with Manchester City and Arsenal. 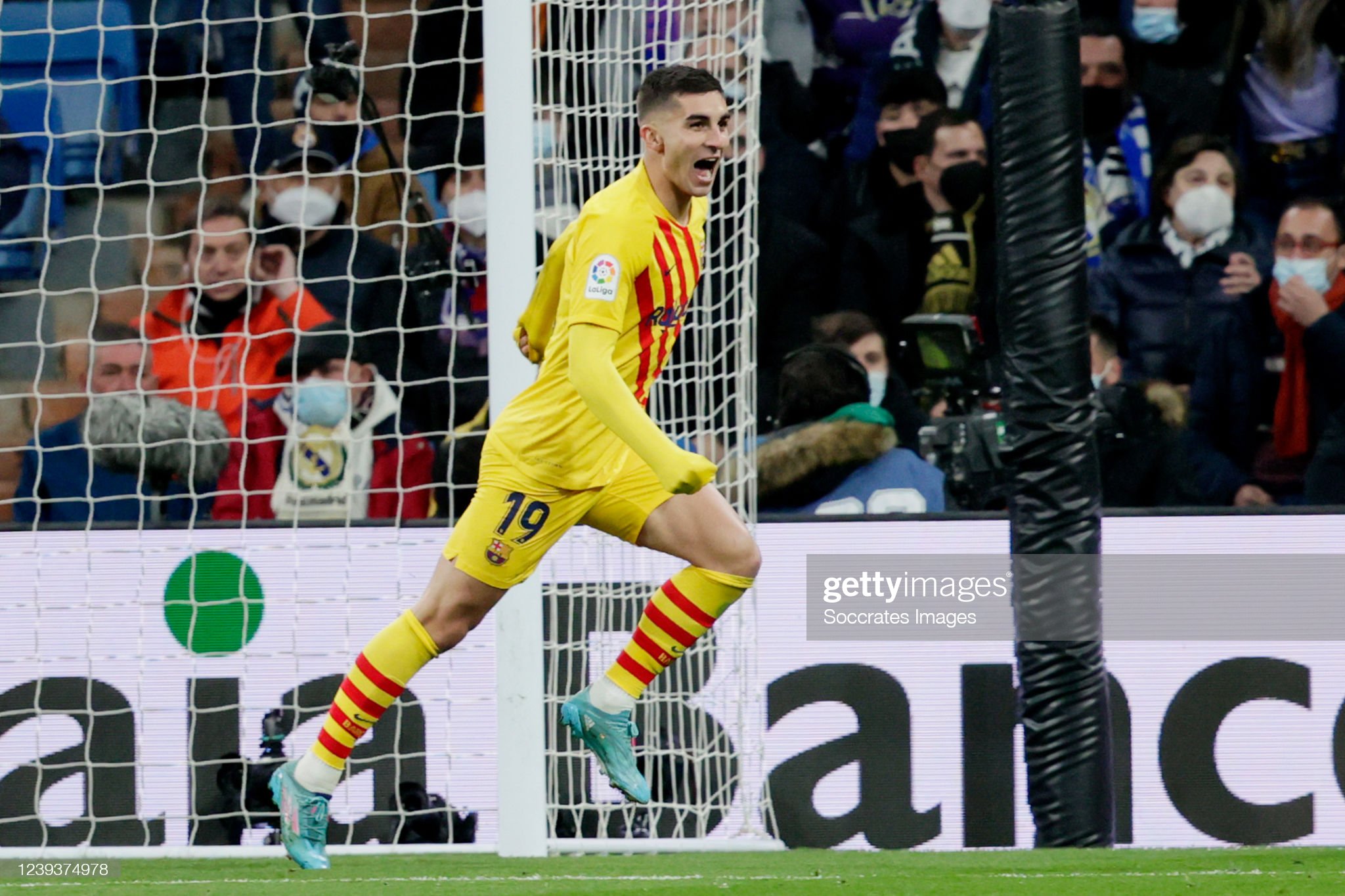 Dembele also missed the October game, when Madrid won 2-1, due to a hamstring injury, and his prospects of playing in this rematch looked bleak when Barcelona director of football Mateu Alemany told the Frenchman to leave “immediately” in January, as the relationship between club and player turned ugly over a contract stand-off.

Here, the back-in-favour Dembele set up Aubameyang for the 29th-minute opener with a burst of pace down the right to leave Nacho chasing shadows and a delicious cross that was giddily headed in by the striker. A corner from Dembele was then nodded in, under little pressure, by Araujo for Barca’s second before the break.

It made Dembele the second player to provide two assists in the first half of El Clasico at the Bernabeu in all competitions in the 21st century, remarkably the last man to do so was Xavi in May 2009.

That also made it six assists in his last four LaLiga games for Dembele, the man whose future is no more clear now than it was in January, but who by staying until the end of the season might be helping to usher in a shift in power that sustains far longer.

BRUTAL BARCA RUB IT IN

By now Barcelona was toying with the team who sit nine points clear of Sevilla at the top of LaLiga. Before this, Barcelona was 15 points adrift.

Torres missed a sitter inside the first 30 seconds of the second half but got his goal when Barcelona shredded the home backline once more, Dembele and Frenkie de Jong involved before Aubameyang chopped a cheeky flick to his strike partner, who found the top-right corner.

Aubameyang chipped a fourth, with Madrid crying foul when a VAR check showed the goal should stand, screaming at referee Juan Martinez Munuera that an awful injustice had been served.

Incidentally, Aubameyang became the first player to score in five successive games against Madrid in the 21st century, having netted his previous goals in the Champions League – and the first man this century to have three goal involvements in his first Clasico.

Xavi fist-pumped at full-time hugged his players, and Madrid trudged away with much to explain. This was his first LaLiga Clasico as a coach, remember, after taking the helm in November.

Ancelotti has now lost four of his six meetings with Barcelona in LaLiga, his worst record of defeats against a single opponent in the competition.

With that March 2019 victory for Barcelona, the Catalans went 10 points clear at the summit. That they are so far off the pace this season attests to how quickly fortunes can change.

Without the injured Karim Benzema, Madrid was spineless, apparently resigned early on to their five-game winning run against Barcelona ending.

If this Xavi revolution is to continue and bear in mind Barca are unbeaten in 10 consecutive LaLiga away games since his appointment (W6 D4), the Cules might point to this night in years to come as a defining moment.

Since Xavi came on board, they have taken 37 points from 16 games, and Madrid has 39 from 17 LaLiga outings.

Should we be asking whether the gap is closing when perhaps it has closed already?