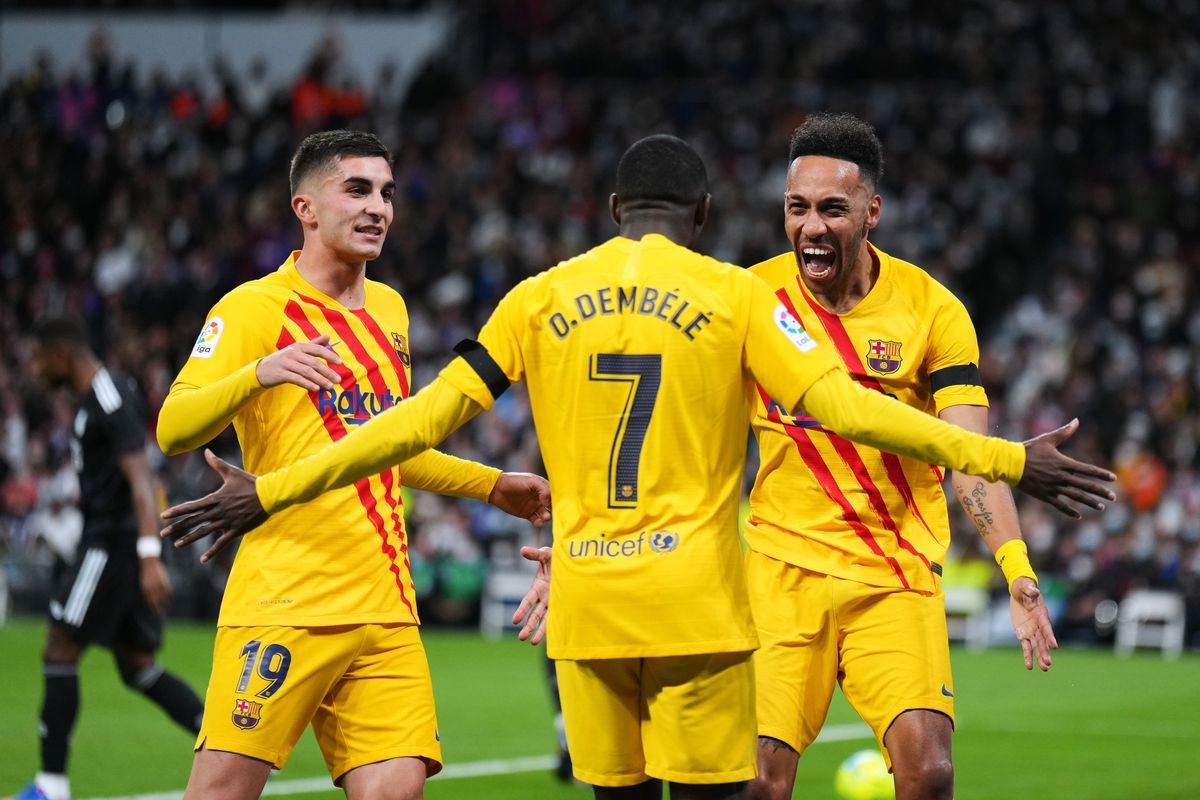 Barcelona ended a five-game losing streak against Real Madrid in sensational style as they sealed a staggering 4-0 El Clasico victory at the Santiago Bernabeu on Sunday.

Xavi’s men were dominant from the kickoff and went in at the break two goals up following headers from Pierre-Emerick Aubameyang and Ronald Araujo.

Barca picked up where they left off at the start of the second period, with Ferran Torres and Aubameyang completing the scoring before the hour mark.

Barcelona players celebrate after Pierre-Emerick Aubameyang scored his second against Real Madrid in the El Clasico in the La Liga on Sunday, March 20 2022. | PHOTO: Getty Images |

The Blaugrana are still 12 points behind Carlo Ancelotti’s league leaders, although Xavi’s third-placed side do have a game in hand.

Federico Valverde drew a smart stop from Marc-Andre ter Stegen in the early stages, while at the other end Thibaut Courtois denied Aubameyang and Ousmane Dembele in quick succession.

Torres then whipped narrowly wide from just outside the penalty area before Barca’s dominance bore fruit in the 29th minute when Aubameyang headed in Dembele’s right-wing cross from inside the six-yard box.

Courtois denied Aubameyang a second soon after, yet Madrid found themselves 2-0 behind after 38 minutes when an unmarked Araujo nodded home Dembele’s corner from eight yards.

Torres made amends for a glaring miss 20 seconds into the second half with Barca’s third in the 47th minute, the Spain international slamming into the net after he had been superbly picked out by Aubameyang’s back-heeled pass. 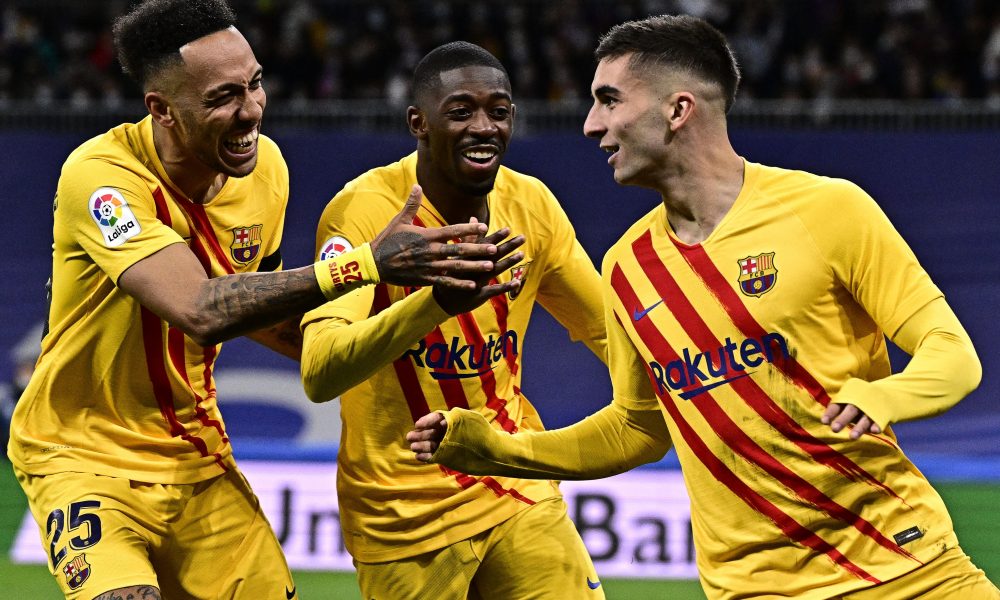 Aubameyang made it 4-0 in the 51st minute with a sumptuous finish over Courtois after being played in by Torres, the goal given by VAR after it had initially been ruled out for offside.

Torres, Aubameyang and Dembele all had wonderful chances to compound Madrid’s misery further, yet it mattered little in the end as Barca extended their unbeaten away run in LaLiga to 11 games in memorable fashion.

Only Sevilla have conceded fewer goals than Madrid in LaLiga this season, yet Los Blancos’ backline had no answer to Barca’s breathtaking attacking display.

The result meant Xavi became only the second Blaugrana head coach to remain unbeaten after his first 10 away games in LaLiga after Ernesto Valverde, who did not lose any of his first 18. If the Catalan giants continue to play like this on the road, Xavi will have no issues powering past that record.

Aubameyang has wasted little time making an impact since his arrival from Arsenal last month. The Gabon international has now scored in each of his last five meetings with Madrid (seven goals), making him the first player to score in five successive games against Los Blancos in the 21st century.

Eder Militao and David Alaba endured a torrid time against Barca’s supreme forward line. The visitors broke through the duo’s wafer-thin resistance with alarming ease and could easily have won by an even greater margin, with a combination of wasteful finishing and Courtois’ goalkeeping stopping the scoring at four.

Real Madrid is next in action on April 2 when they visit Celta Vigo in LaLiga, while Barca travels to Sevilla on the Spanish top flight a day later.