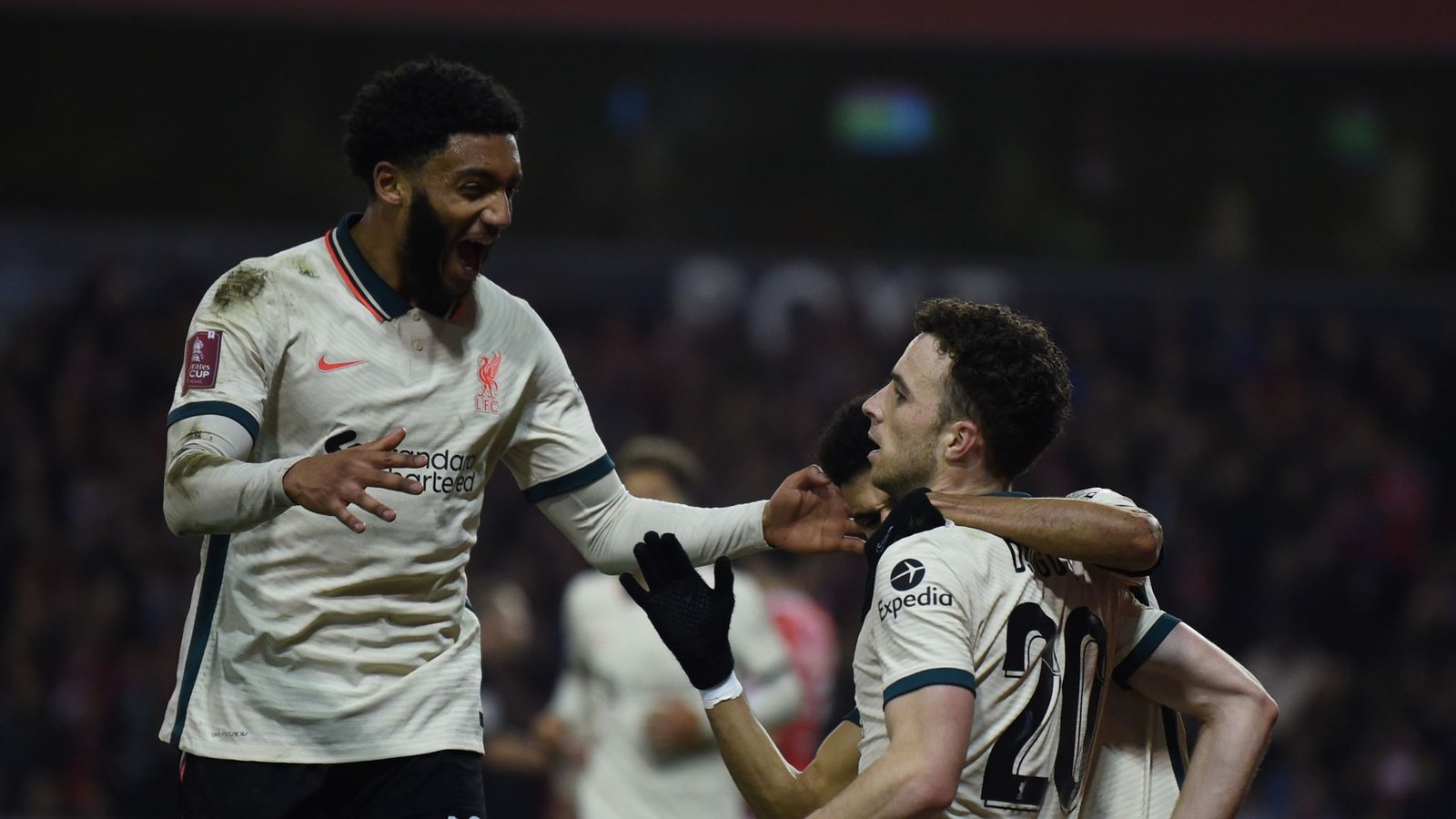 Diogo Jota’s late strike against Nottingham Forest put Liverpool into the semi-finals of the FA Cup.

The Reds dominated much of the tie against the Championship promotion-chasers but had to wait until Jota’s winning goal after 78 minutes to take the lead.

Jota was ruled to be marginally onside following a VAR check, so Jurgen Klopp’s side will face Premier League leaders Manchester City in a mouth-watering clash for a place in the final at Wembley on April 16 or 17. 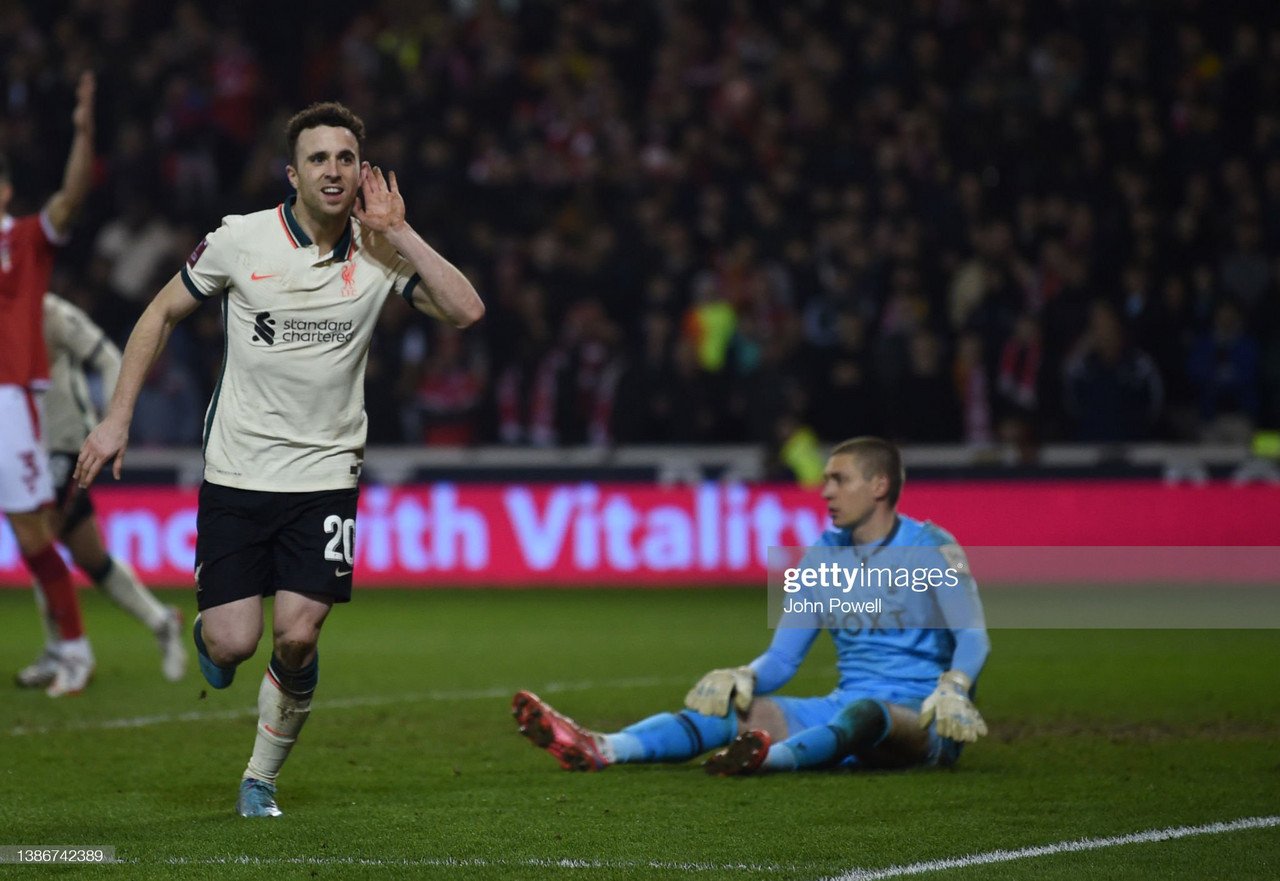 The Merseyside club remains on the hunt for an unprecedented quadruple after ending Forest’s excellent run to the last eight, with Ryan Yates denied a late penalty.

Roberto Firmino should have put the Reds in front when a poor pass from Jack Colback put him one-on-one with Ethan Horvath, but the Forest goalkeeper stood tall to prevent the Brazil striker from dinking the ball over him and into the net.

Joe Gomez drilled a shot high over the crossbar when the ball fell invitingly for him in the penalty area as Liverpool continued to strive for a breakthrough without reward in the first half.

Jota called Horvath into action again early in the second half and Klopp made four changes after the hour mark, bringing on Luis Diaz, Jordan Henderson, Takumi Minamino and Thiago Alcantara.

Resolute Forest continued to stand firm and Philip Zinckernagel should have put them in front when he shot just wide unmarked from close range after Brennan Johnson picked him out in the 76th minute.

Jota made him pay soon after, converting a Tsimikas cross from close range with his right foot to end Forest’s resistance.

Yates went down in the closing stages when he tried to round Alisson, but the VAR agreed with referee Craig Pawson’s decision not to point to the spot and the midfielder then headed straight at the Brazil keeper before Cafu drilled over the bar as Liverpool held on to advance.