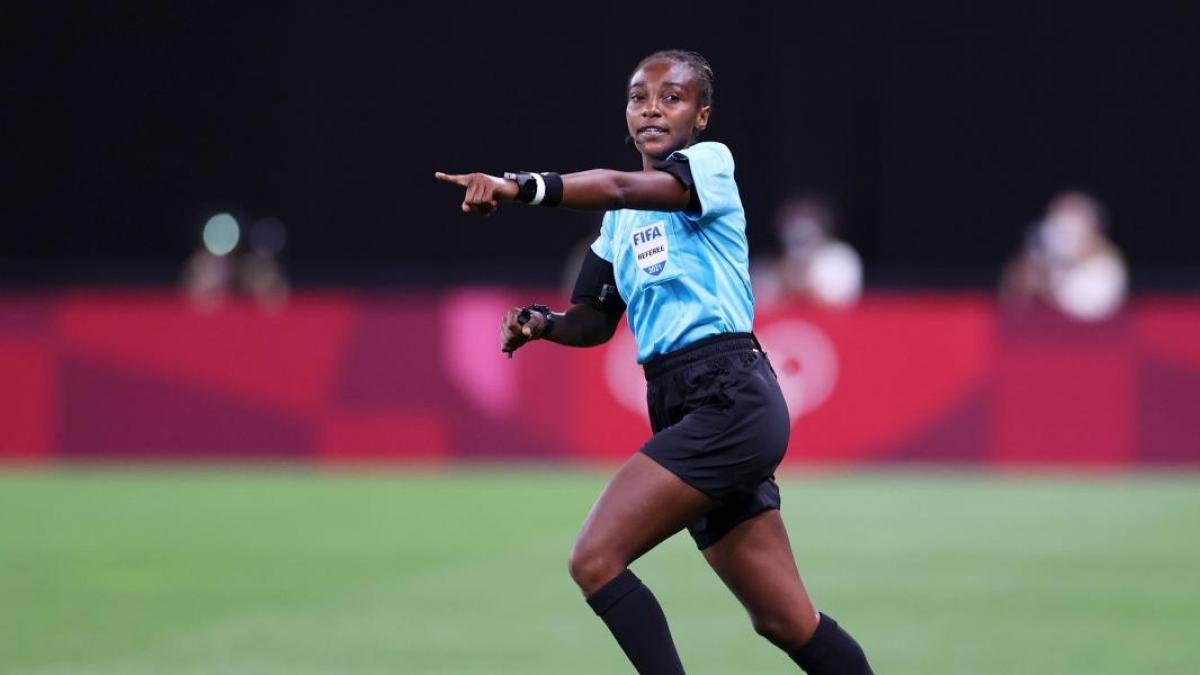 The Africa Cup of Nations (AFCON) in Cameroon shed a spotlight on Salima Mukansanga – she is the first woman to officiate a match at the men’s continental championship.

This is big history for Africa and Mukansanga as well.  Taking part in the Cameroon tournament is the next step in Mukansanga’s meteoric journey to stardom.

After taking part in matches at both the Tokyo Olympics and the Women’s World Cup in France, the 33-year-old Rwandan referee is looking forward to using AFCON as an opportunity to demonstrate that there should be no hurdles for women referees in football.

In an interview with ESPN before her debut as the first female central referee in the biannual continental championship, she said, “We’ll show the world we can do something.” 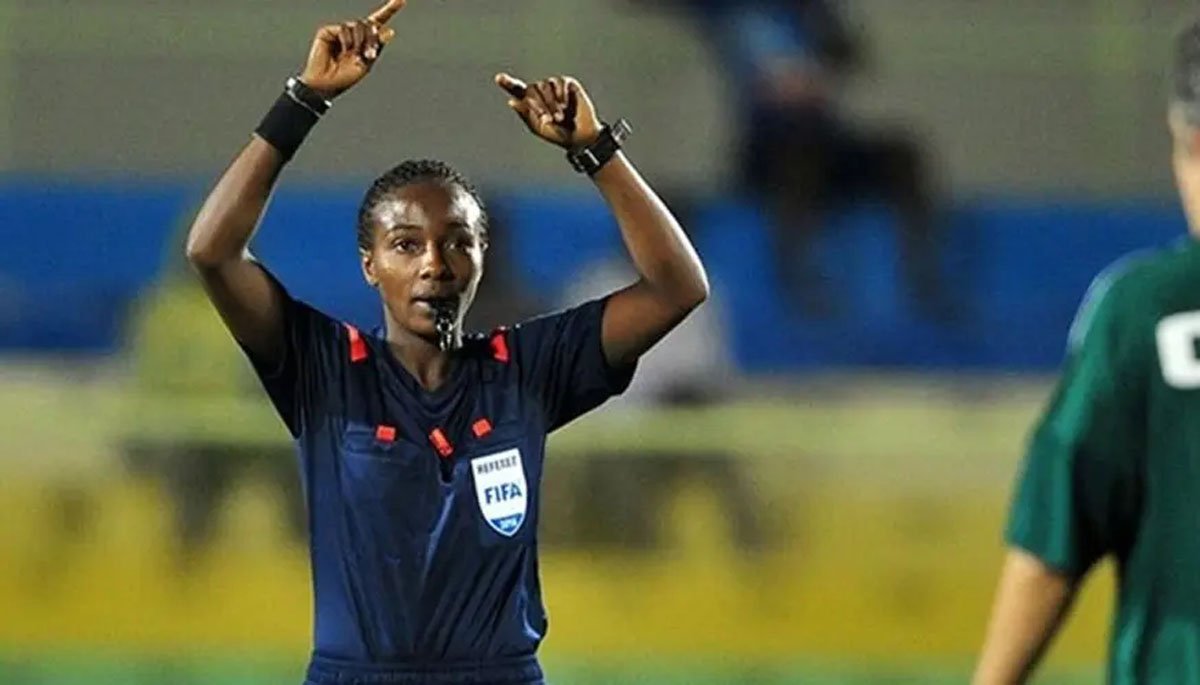 She added that the ability to officiate a football match at the highest level and succeed is something we can demonstrate.

Mukansanga says there are no difference between AFCON and other international competitions. She points out that they are now using VAR just like in the World Cup and the Olympics.

The Rwandan referee says it is important for her to have support from other women. This, she says, proves that women are capable of doing anything and they are ready to always win.

Mukansanga is among four female officials at AFCON in Cameroon. She is together with Moroccans Bouchra Karboubi and Fatiha Jermoumi and Cameroonian Carine Atemzabong.

However only Mukansanga has been recognized as a major referee. Karboubi and Jermoumi are both assistant referees.

How Does Salima Mukansanga Feel Being a Referee at AFCON?

I was overjoyed and very delighted, but also a little terrified, she says.

Being appointed as the first female referee at the tournament is a tremendous accomplishment, honor, and historical moment for her.

Mukansanga first thought it was a mistake when she saw her name on the referee list. But she later learned that there was something special in her that they saw.

She describes herself as a go-getter with a lot of faith and confidence in her skills.

Eddy Maillet, the CAF’s Head of Referees, has certainly given her his support.  Maillet stated in a statement obtained by ESPN that “the match officials were picked based on their experience, their abilities, and their current form.”

He added that only the most qualified officials would be at AFCON.

Which Games is Salima Mukansanga Proud of Officiating?

Her participation in the Tokyo Olympics always encourages her. She supervised Team GB’s matches against Chile and Australia.

She also officiated a match between the Netherlands and China. Mukansanga believes these games prepared her well for AFCON.

Mukansanga believes that taking charge of an AFCON will provide some unique problems, despite the formative experience of the Olympics and the way it elevated Mukansanga’s profile within the African arena as a result of her participation.

However, she is well set and ready to handle any difficulties coming with the game. Mukansanga knows the demands of it all and is up to the task.

The fact that Mukansanga’s drive to achieve the peak of the game extends beyond the technical components of the game is undeniable. She has a lifelong passion for football, having participated in it as a child before being intrigued by the person in the center.

She played football in primary and secondary school and watched many games as well. Her dream was to become a referee and take charge of the whole game.

Nevertheless, it was not a smooth sail getting to where she is today. She was initially rejected by the Rwandan Football Association (RFA) because of her age.

She had just completed her secondary school studies and taught herself the fundamentals of officiating, as well as the Laws of the Game.  Mukansanga was eventually given the opportunity to study with other new referees at the Rwandan Football Academy. 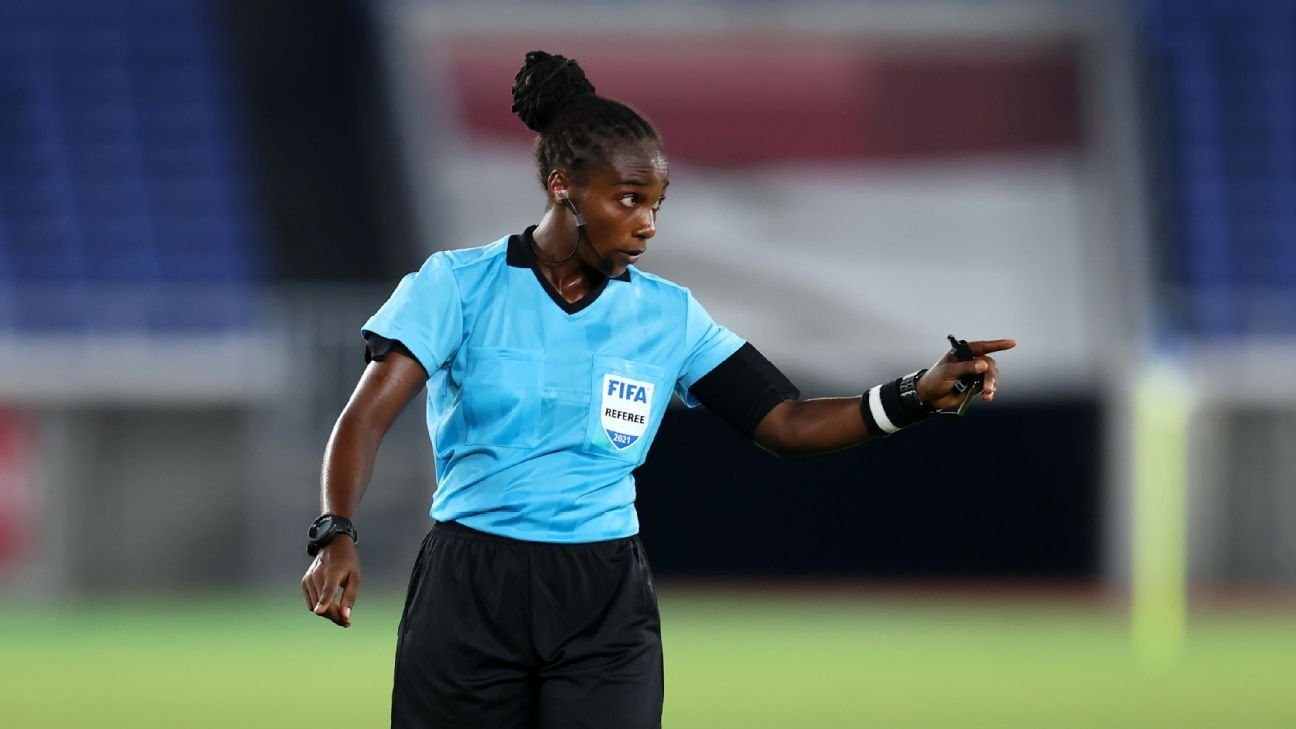 She returned to her hometown after training and began officiating matches for veterans, then amateur players.  She gradually worked her way up through the local footballing pyramid, beginning with games in the third division for men’s football.

Following her promotion to the top division of the domestic league, Mukansanga has taken on continental, and international responsibilities.

She is painfully aware of how her passion for officiating and love of the sport has impacted her life in ways she could never have imagined.

The Rwandan says she already arrived at a destination she didn’t expect to reach. Travelling to different parts of the world brought a lot of lessons for her.

Her focus is being able to officiate a World Cup match in future.