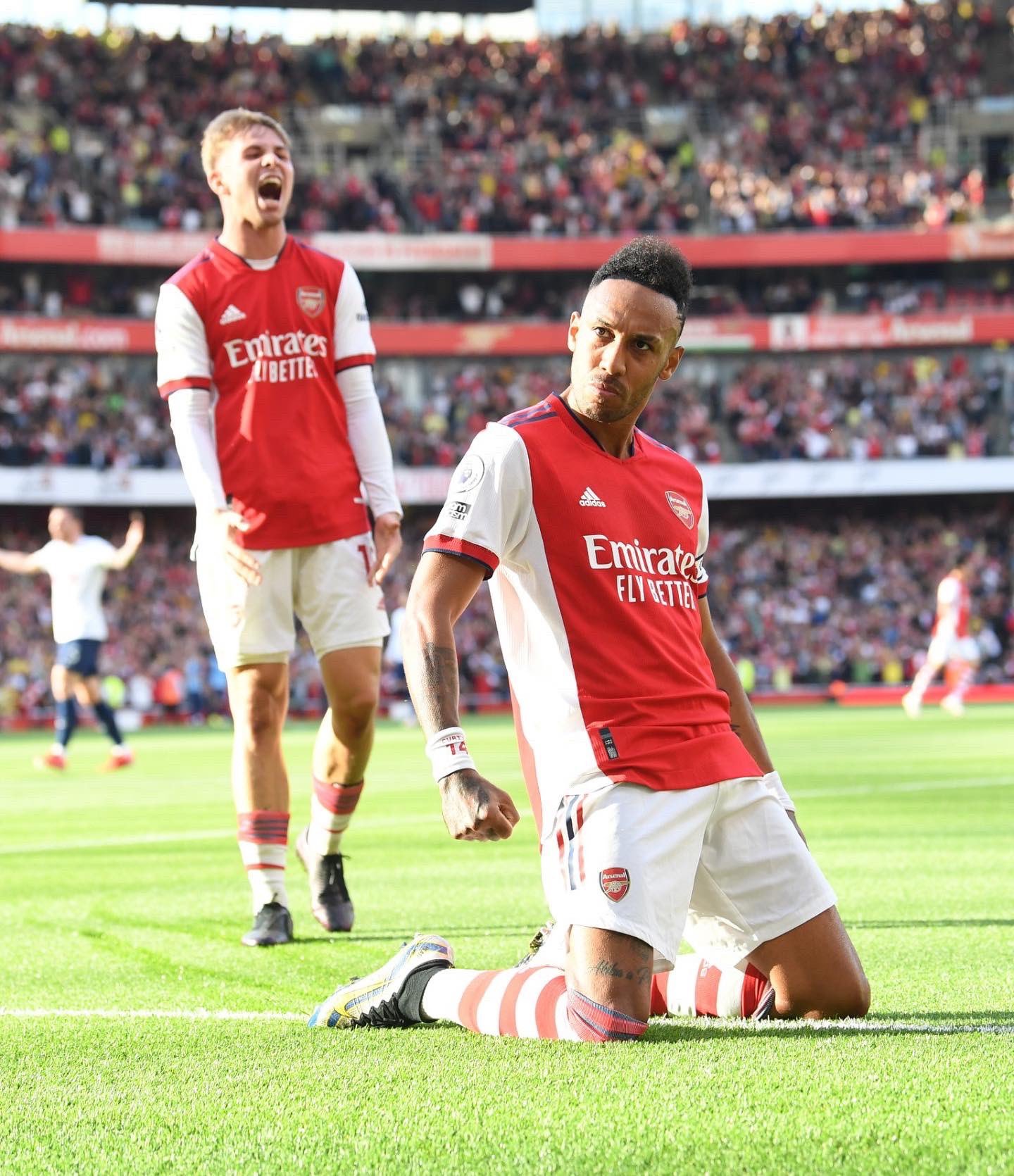 January is a month of uncertainty in the market but what is certain for Arsenal, Will Pierre-Emerick Aubameyang leave? is to reinforce after such a dire experience in the FA Cup during the crash out in the third round on Sunday with Nottingham Forest on the Championship side.

Following the recent sell survey by football London, fans have responded to the future of Pierre-Emerick Aubameyang and Nicolas Pepe. Over the past few weeks, Arsenal Football Club has experienced a roller-coaster both on and off the football pitch. The Gunners have experienced dismal defeat, a greater run for form, New Year’s injustice day crashing out of the FA Cup at their first hurdle. This has perhaps given Amazon value for money as they produced their Arsenal version of the popular all or nothing series. 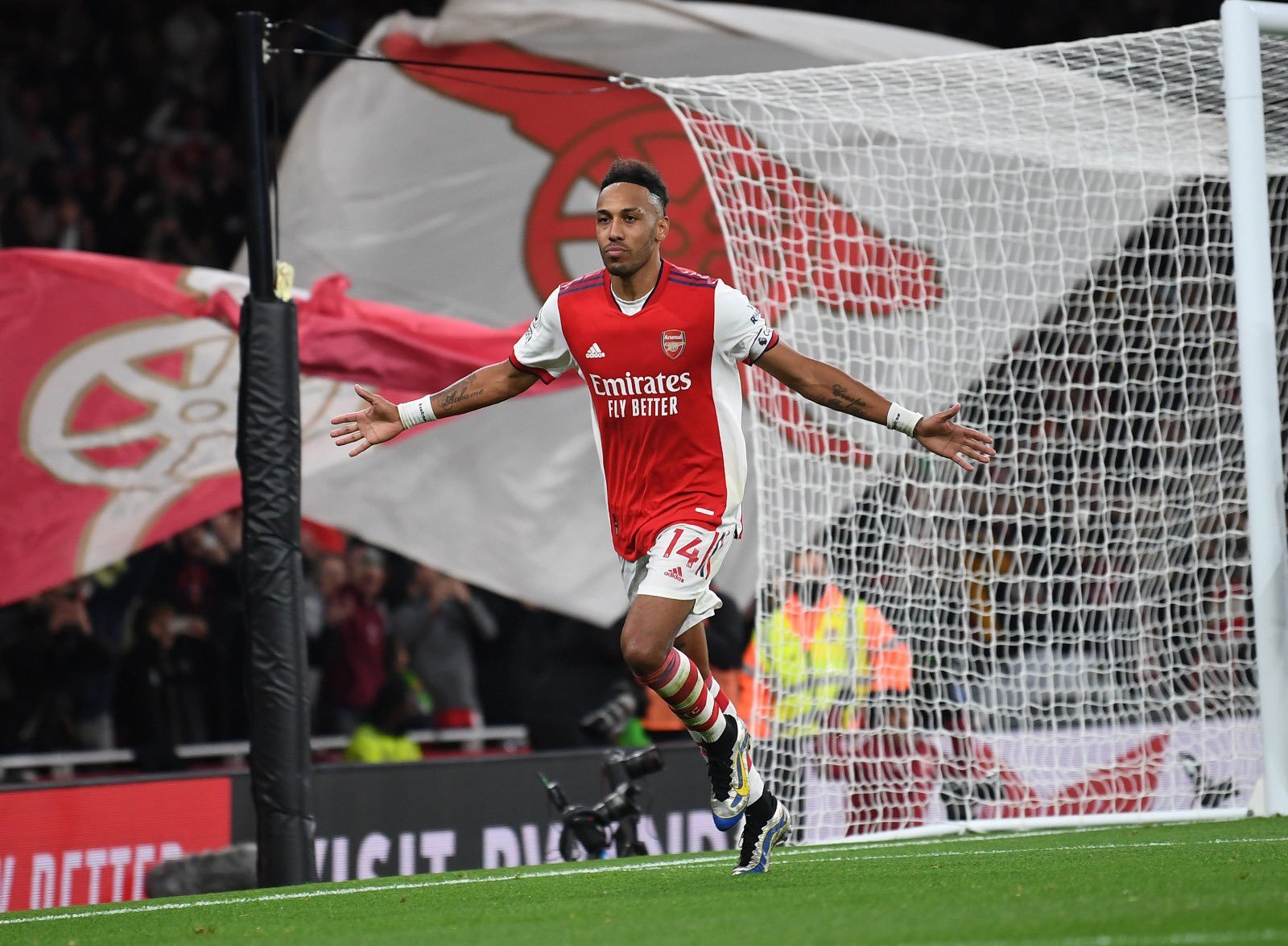 Pierre-Emerick Aubameyang celebrates after scoring during a past match for Arsenal. Photo courtesy.

The banishment of former captain for Arsenal’s Pierre Emerick Aubameyang has possibly been the most prominent story that has provoked Mikel Arteta a number of times following his latest disciplinary issues at the football club. The Gabon international and firm fan favourite seems to have fallen out of favour in a situation worryingly akin to that of Mezut Ozil following his decision of signing a similar long-term contract.

With Eddie Nketiah and Alex Lacazette being the only strikers with a significant impact and experience, the Gunners are now in between the hard place and the rock with seems to be coming next with Pierre Emerick. The Gabon International began his senior club career when he played for the Italian club AC Milan but never appeared for the team as he went on a series of loan spells in France. 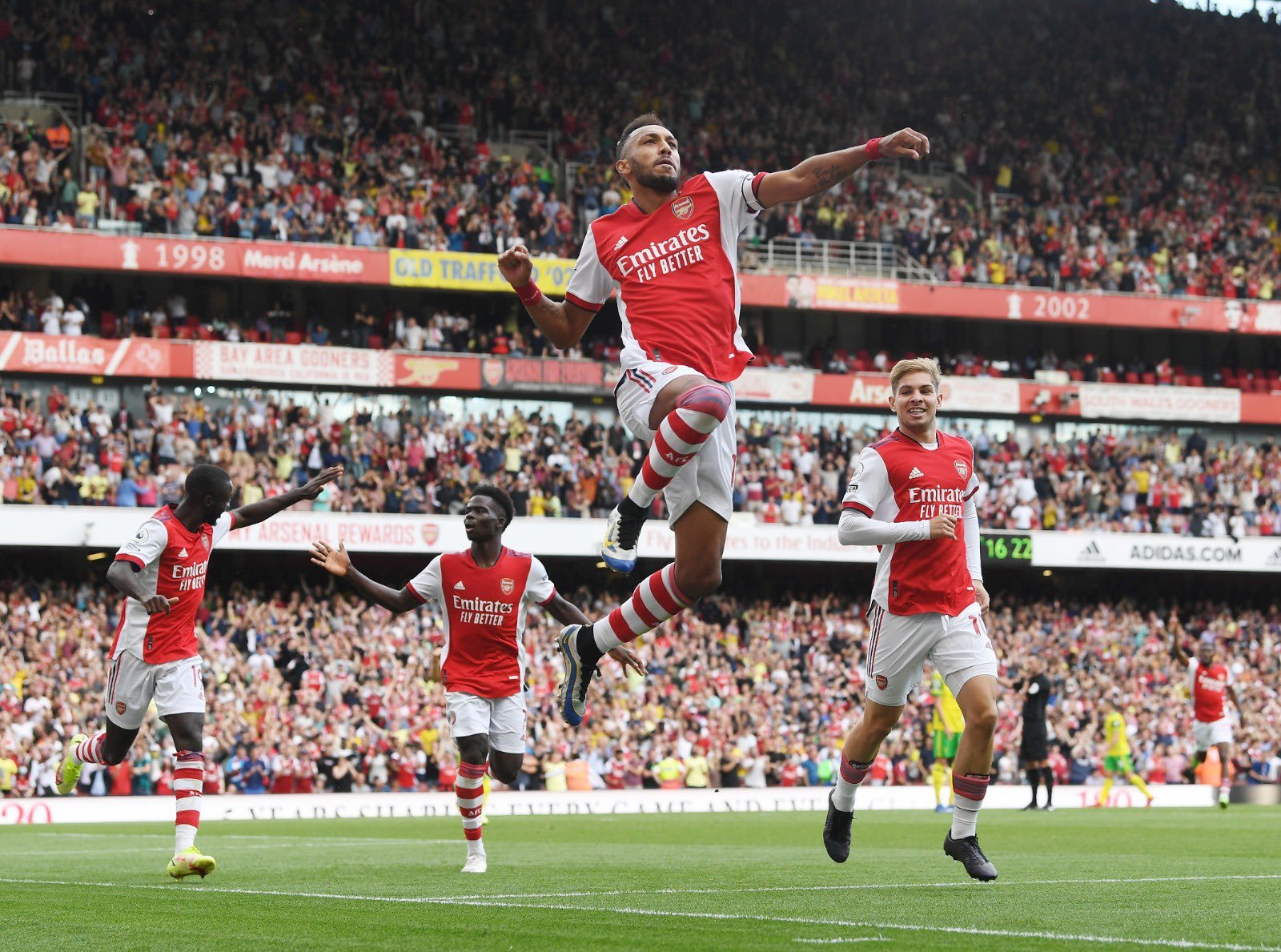 Aubameyang and Arsenal players celebrate after scoring in a past match. Photo courtesy.

In 2011, Aubameyang moved to Saint Etienne where he won a coupe de la Ligue title after which he joined Borussia Dortmund in 2013.  He also finished as the league’s top goalkeeper in Germany in the 2016-2017 seasons winning a DFB-Pokal. The Arsenal captain made his senior debut for Gabon in 2009 aged 19 when he appeared in four Africa Cup of Nations tournaments and has since then been ranked as Gabon’s all-time goal scorer.

Following the ongoing African Cup of Nations, Arsenal’s management has an opportunity to decide the net move with regard to the results of Pierre testing positive for the Coronavirus after he was seen parting in Dubai. With 89% of voters saying Aubameyang should be sold during this transfer window shows how the fan base are unimpressed with the former captain. 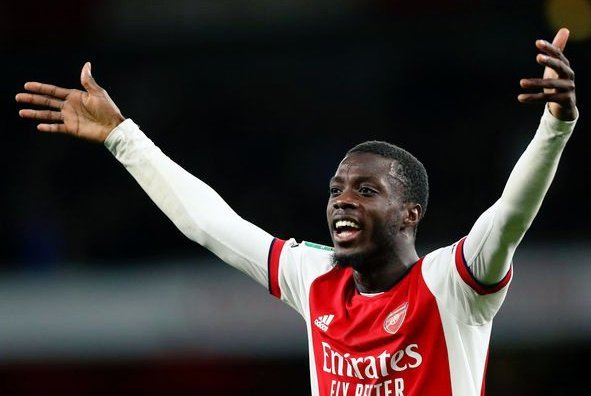 Ivorian Nicolas Pepe during a past match at the Gunners. Photo courtesy.

Nicolas Pepe is also in the survey though currently away for the African Cup of Nations AFCON. The Ivorian seems to have simply failed to live up to the dizzying heights expected of signing his calibre with the majority believing that it is high time to cut off the losses. Voters implicate that majorities want Pepe to be sold during this transfer window while some want the club to keep hold of him but has a lot to work on if he wants to win back the support.

Arsenals Football Club Board seems to be determined to land Dusan Vlahovic but there are some plethora of obstacles to get the deal over the line.